Despite its rather ordinary looks, the Mercedes-Benz GLC F-Cell is actually a fairly significant thing indeed. You see, instead of having a traditional petrol or diesel combustion engine under the bonnet, the F-Cell belongs to that rarified set of electrified vehicles that utilises hydrogen fuel cell technology to get it from A to B.

Where fuel cells are often rather large, awkward things to make fit within the confines of a car’s dimensions without compromising practicality too much, Mercedes' newly developed one is so compact that it can fit within the limits of the GLC’s engine bay, and it's installed on the same mounting points that a conventional engine would use. Meanwhile, two carbonfibre-encased tanks that together hold up to 4.4kg of compressed liquid hydrogen are housed beneath the floor.

Now, here’s where it all gets rather complicated. That liquid hydrogen is used to power the fuel cell, which in turn acts as a generator of sorts for an electric motor. There’s an additional 13.5kWh battery pack on board, too, which can also be called upon to power the motor. When this battery is at full charge and the tanks are topped up with hydrogen, Mercedes claims the F-Cell will offer a range just shy of 300 miles.

While that’s still some way short of what you'd expect from a petrol or diesel car, it’s comparable with the ranges offered by the more high-end battery-electric vehicles such as the Jaguar I-Pace and Tesla Model S. And while those cars can take hours to recharge from a conventional home wall box, the F-Cell’s hydrogen fuel tanks, which contribute to the lion’s share of its range, can be topped up in as little as three minutes.

This effectively means you’re getting the emissions-free benefits of an electric vehicle, only without the drawback of lengthy charging times. That said, to achieve the car's full range, you’ll still need to spend an hour and a half recharging that 13.5kWh battery pack. 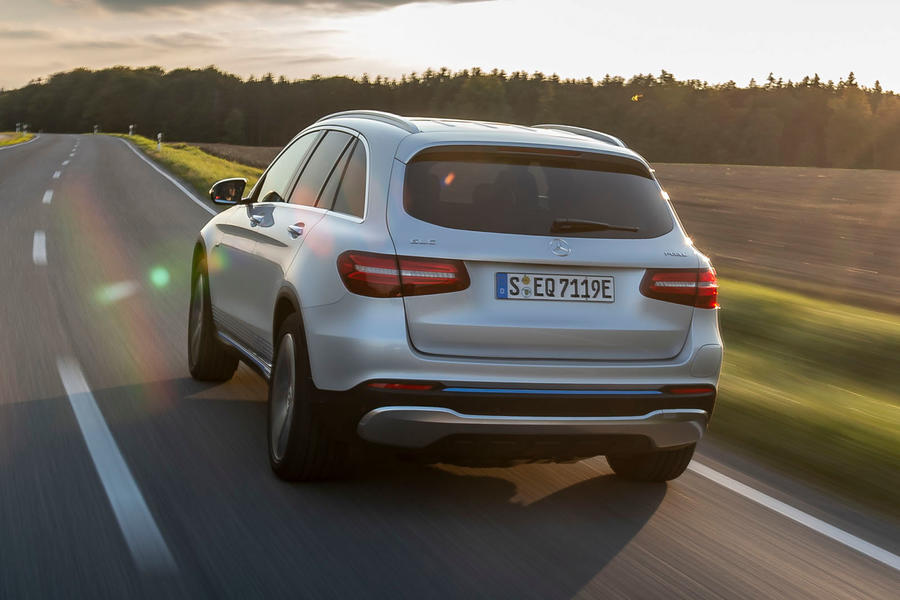 Despite the presence of all of its incredibly complex technology, the F-Cell is remarkably similar to any other electric vehicle in the way that it drives. The electric motor’s 269lb ft is instantly available from the moment you press the throttle, so acceleration off the line and from lower speeds is usefully immediate, though not quite as alarmingly rapid as it is in the Model S or I-Pace.

The F-Cell’s unique suspension configuration, which comprises coil springs at the front axle and single-chamber air springs with automatic level control at the rear, lends it a pleasingly comfortable ride, too.

Although we only had chance to drive the F-Cell for a short stint on a busy Stuttgart street, body control seemed well managed, while intrusions from lumps and bumps in the surface of the road weren’t particularly noticeable. Light but not particularly feelsome steering also makes the GLC easy to place and manoeuvre in and out of busy traffic.

As for the layout of the interior, it’s basically business as usual. The F-Cell is as well appointed and visually appealing as any other GLC, although it does go without the flashy twin-screen set-up of the new A-Class. Still, the driving position is spot on, and there’s still enough space to make the F-Cell a properly useable family wagon. 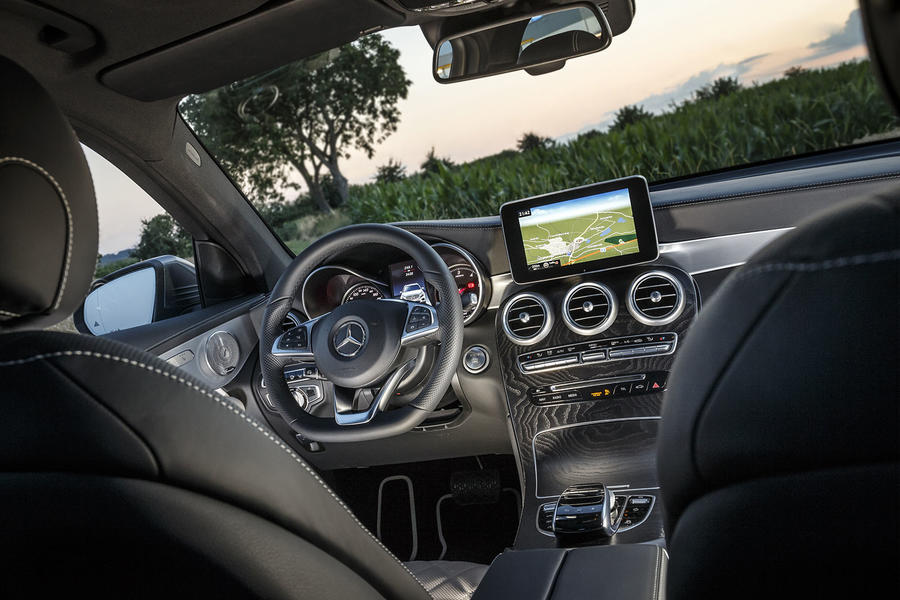 A more suitable question would be “can I buy one?”, to which the answer is, unfortunately, no. Mercedes doesn’t currently have any plans to offer the F-Cell to customers in the UK.

And even if it did, the fact that there's only a handful of hydrogen filling stations here would make it an unfeasible option for the vast majority of people anyway.

That’s a massive shame, really, as fuel cell vehicles such as this seem like a really rather excellent way of addressing many of the drawbacks people see in electric vehicle ownership.

Were hydrogen filling stations as commonplace as regular petrol stations, you’d only have to spend a fraction of the time it takes to charge an EV (even on a rapid charger) getting the fuel cell’s hydrogen tanks topped up. The ability to top up so easily would also go a long way to eliminating range anxiety, while you also wouldn’t have to worry so much about whether or not a charge point was going to be in working order, or even compatible with your car, when you arrived.

With so much government and media attention being placed on the development of electric vehicles and their related infrastructure, there can be no denying that they’re becoming an increasingly feasible ownership proposition. It just seems a shame that the same amount of attention hasn’t been placed on cars such as the F-Cell. 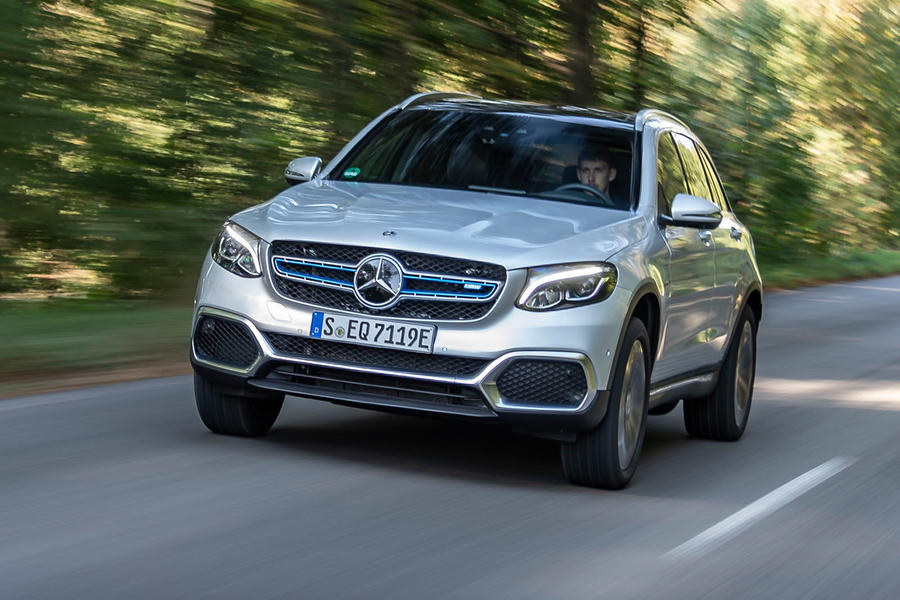 .  Yes, it might interim, but, it fill like a Car of today, takes maybe five minutes or so, no harmful emissions just water , ok, the eco mentalist will say ultimately it’s traceable back to the Well but, you’d drive like it is now, not like the Journey they undertook in this Mag, 328miles In 13 hours, how much quicker is it using Fossil fuels? or indeed using Hydrogen?, it’s about half that time,and yes, there is a Battery onboard, but it only takes 1hr30mins, no, when they can make an EV go 1000miles (might as well aim high) and charge in 30 minutes, then I’ll be interested....

Hold on last week it was 500 miles

Been saying this how long?

Even if Hydrogen was used as a stop gap till EV range and charge times lowered to acceptable levels would be good, I still think Hydrogen is a win win....

"And while those cars can take hours to recharge from a conventional home wall box, the F-Cell’s hydrogen fuel tanks, which contribute to the lion’s share of its range, can be topped up in as little as three minutes."

Why on earth are you comparing home charging times??? I don't think many people have a home hydrogen supply (or petrol/diesel for that matter)!!! The comparison is rapid charger times, and home charging is an EXTRA benefit for EVs....

opposite site of coin

Why does it have to be one or the other?

What's wrong with having the infrastructre for both? For all the advancements forecast in battery recharging times I still can't see how a 100% BEV future works. Take my local supermarket filling stations for example: they are absolutely clogged up with customers, queues spilling out into the car parks. To recharge a battery, even for 15 minutes, for a similar volume of traffic, would require acres of charging points - impractical. Yes, I know volume should reduce, because some will recharge at home, but this option will nt be available to everyone, and then there are the stops required on busy long-distance routes to consider too, not to mention how the national grid will cope. I foresee a mixed landscape, and this would work. Some big companies are spending considerable sums on developing fuel-cell tech: I doubt they are into wasting their time careering down blind alleys, and with respect, carry a little more clout than @xxxx. BEV and Hydrogen together - way to go.