It started out pretty much as planned. We’d headed off early morning and spent the first couple of hours running on a series of snow-strewn roads not far from Arvidsjaur in the northern reaches of Sweden, where Mercedes-Benz carries out the majority of its winter testing activities, typically in sub-zero temperatures.

But when the snow that had been dumping down turned to rain and the particular road on which we were driving a prototype of the new GLC became covered in an instant layer of clear-glaze ice, things suddenly became a lot more treacherous.

Mercedes, for its part, was seeking to display the traction enhancing effects of the facelifted SUV’s reworked 4Matic four-wheel drive system ahead of its planned unveiling at the Geneva motor show in early March.

What the company's head of overall testing activities, Peter Kolb, perhaps hadn't banked on, though, was a freakish change in weather conditions. “I’ve been coming here for years. To get rain like this at his time of the year is quite unusual,” he tells us.

But despite the precarious conditions and next to no grip as we headed uphill, the GLC excelled. Even without the benefit of studded tyres, it still managed to keep moving, thanks to the deft apportioning of power to each wheel. As a display of just how far modern four-wheel drive and electronic stability systems have come, it couldn’t have been better. 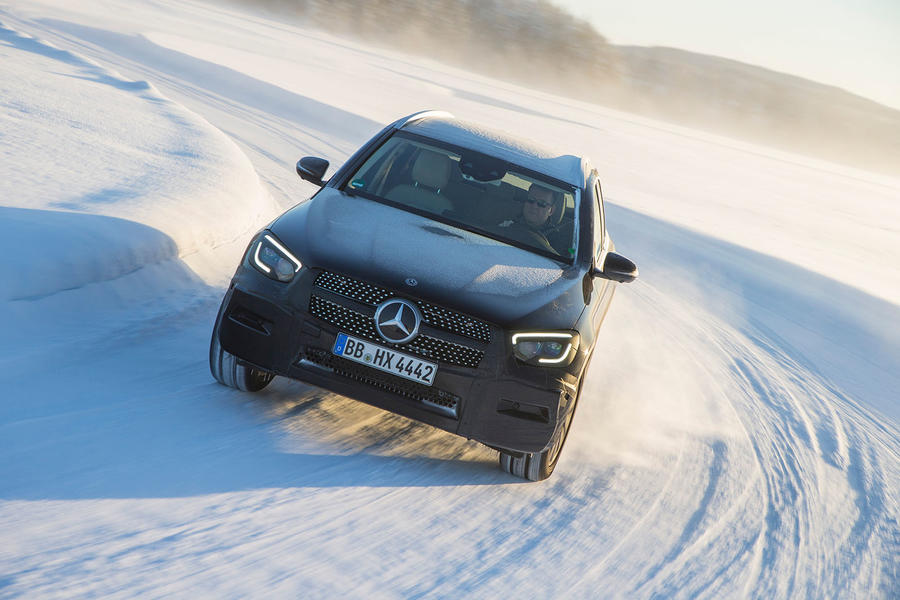 Just what did our time driving the GLC on icy roads and a giant frozen lake reveal about how it has been improved? To be honest, in unfamiliar conditions and without the old model against which to provide a comparison, it was nigh on impossible to pinpoint any change.

So, we can tell you that it's not greatly differentiated in character. Everything that has made the GLC a worthy rival to the Audi Q5, BMW X3 and Porsche Macan since its introduction in 2015 remains.

“There has been some fine-tuning," explains Kolb, "but the chassis tuning is very similar in standard specification to before. What we have done is make the sports suspension that was previously available only on the GLC Coupé an option on the GLC, too. It brings a more direct steering system as well as firmer springs and dampers, giving it greater agility."

The new sports set-up, which uses steel springs, is among four different suspensions available for the reworked mid-sized SUV, including a lightly revised version of the optional air-sprung arrangement.

Our prototype was lightly camouflaged, but the redesigned bumpers, as well as the LED head and tail-lights, can easily be identified underneath the black wrap covering each end. Other stylistic changes include a chrome package, which was previously offered as an option.

Inside, the GLC adopts Mercedes' new MBUX operating system, launched on the fourth-generation Mercedes-Benz A-Class last year. This combines with a 'floating' 10.3in central touchscreen to bring more contemporary infotainment and connectivity features.

Buyers can choose between standard analogue instrument dials or a new configurable 12.3in digital display, which is similar to that in the latest Mercedes-Benz C-Class and the hydrogen-fuelled GLC Fuel Cell introduced to selected left-hand drive markets in 2018. Continuing with the upgrade, a touchpad replaces the rotary controller on the console between the front seats.

Also as part of its mid-life refresh, the GLC adopts a new range of petrol and diesel engines, as well as two new plug-in hybrid drivetrains. Plus, the old seven-speed torque converter automatic gearbox makes way for a more contemporary nine-speed unit.

Other new features include a coast mode that idles the engine during periods of trailing throttle and more efficient stop/start characteristics. Together, these are claimed to attribute to a 15% reduction in consumption over the GLC's older four-cylinder petrol engine.

One thing that was clearly apparent in our GLC 300 4Matic EQ Boost prototype was the effect delivered by its new engine. As well as having more muscular step-off and added willingness to rev through the mid-range, it's noticeably smoother and more refined.

Disappointingly, though, it lacks aural character, with an uninspiring sound and exhaust note. This particular criticism, says Kolb, will be addressed by facelifted versions of AMG's GLC 43 and GLC 63, which are set to go on sale shortly after standard models arrive in the UK in June. 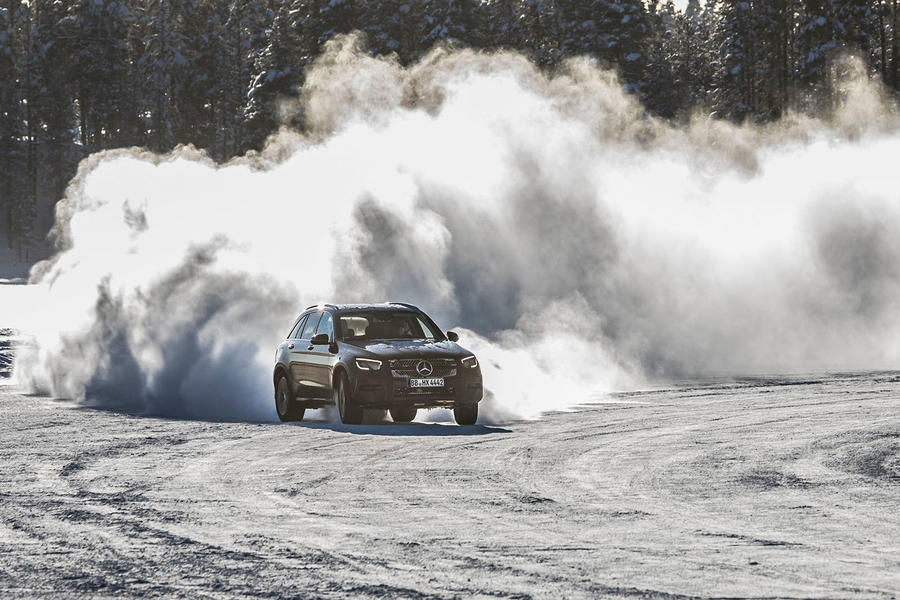 Is there any change in the GLC's handling character? Not that we could detect in the Subarctic conditions. The GLC drives like it always has, which is to say comfortably, quietly and reassuringly, but more detailed impressions will have to wait until we get to drive production versions later this year – hopefully under sunnier skies.

So, no revolution, but a solid evolutionary step. Not that it was exactly required; before this facelift, the GLC was already one of Mercedes' best-selling models. Even with increased competition in the form of more contemporary rivals of late, it would be a surprise if this success isn't carried over into the second half of the GLC's planned seven-year lifecycle.

It is and remains one of the best premium brand mid-sized SUVs on sale, but one that has just got a touch better in areas that matter most. 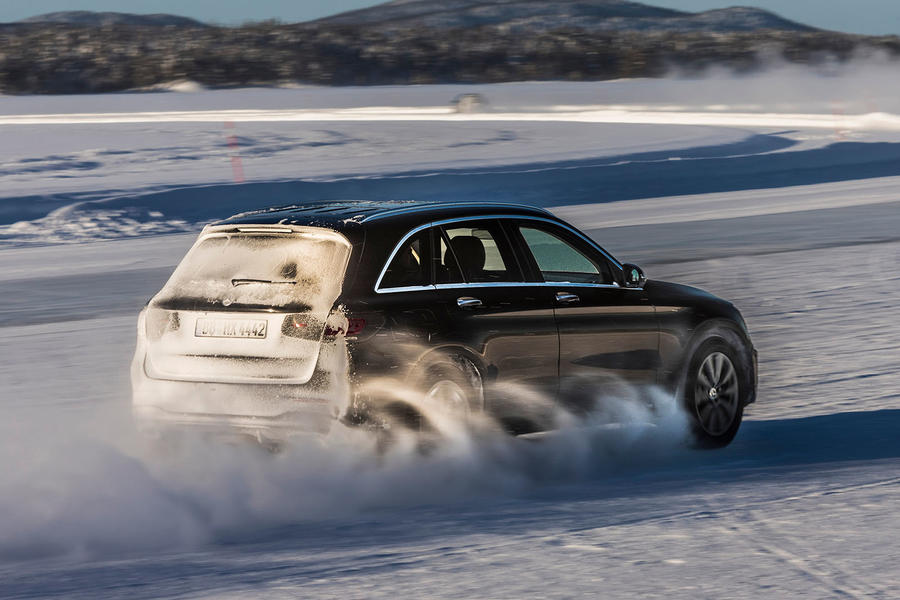 Mercedes has now become the

Mercedes has now become the prime German purveyor of 'same sausage different length' styling. The crown was originally held by BMW, passed on to Audi and now...
baal 18 February 2019

'But when the snow that had been dumping down...'

What an unnecessarily revolting expression.

Why not use a more pleasant one? There are plenty from which to choose.

Are you one of those Americans?