From £52,2308
Mercedes' four-door coupé isn't left wanting for performance in entry-level guise, but the CLS isn't without its flaws
Open gallery
Close

This is the new Mercedes CLS, in entry-level 350d 4Matic flavour. The gap between top-end and entry-level is smaller than ever for the model's third generation, with the 350d sitting below the 400d, 450 and AMG 53 versions. There’s no V8-powered AMG 63 this time around.

As the entry-level CLS (for now - there’s a 350 petrol on the way), it does without some more luxurious features, such as adaptive cruise control, but still gets adaptive dampers, a suite of cameras to make parking easier and 19in alloys. It’s available only in sporty AMG Line trim, after all.

The CLS's platform and chassis are lifted straight from the Mercedes-Benz E-Class, while its styling shows you what to expect from most of the Mercedes-Benz range as it switches to its new design language. The A-Class already shares the same face. 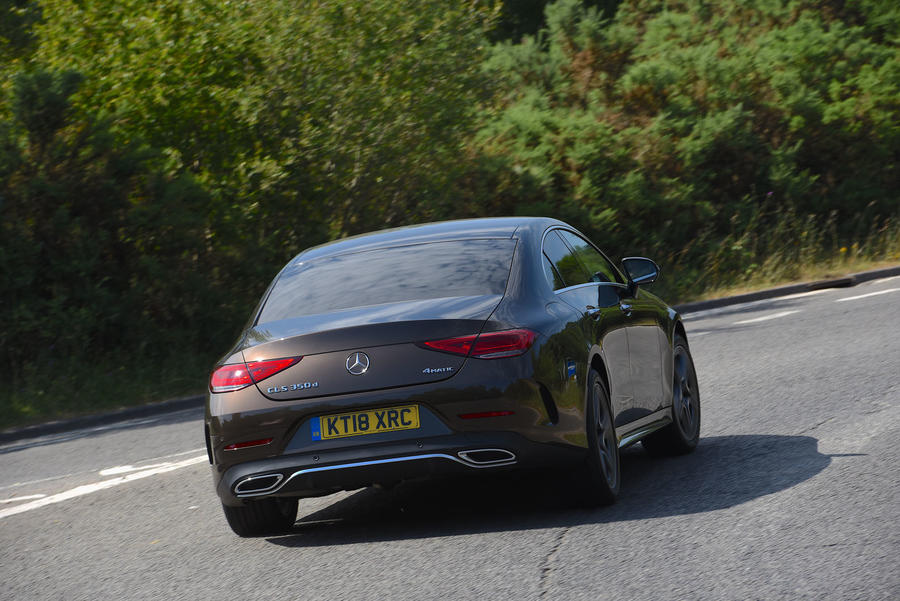 You wouldn’t think the 350d is the entry-level car, given its pace. The dash from 0-62mph takes 5.7sec, although a hump in power delivery means it takes a moment to pick up its heroic pace. The car responds far more smoothly to a more progressive pedal press than a sudden one.

When spinning up, the car provides just the right amount of audible drama and grips relentlessly thanks to its 4Matic four-wheel drive. The exhaust almost betrays its traditionally gravelly diesel roots for a throaty exhaust note in Sport mode. It’s an audible feast.

It’s an audible drought on the inside, though. You wouldn’t think the engine is being worked that hard, given its refinement. When not under full acceleration, the diesel six-pot doesn’t communicate vibrations inside whatsoever, and once up to speed, it's eyebrow-raisingly, relaxingly hushed, wind noise aside.

What is audible in the cabin are the driver's grumbles as they try to get head-to-toe comfortable - the footwell isn't tall enough, so the footrest, which annoyingly only has room for half the width of a shoe, is awkward to use and doesn't accommodate even an average-sized shoe properly.

The adaptive dampers don’t quite live up to the stellar engine, though. Small ruts and creases in the road cut into the calm by dragging vibrations inside the car at most speeds, with a granular fidgetiness that doesn’t seem to settle. Larger crests are absorbed well but bounce the car rather than passing in one head-bobbing lump. Around town, potholes are best avoided, so loud is the rude outburst from the suspension.

There’s little to distinguish between Comfort and Sport in the way of ride, except a more rolly set-up in Comfort and a crisper response from the steering wheel in the sporting modes. It’s on the numb side of what you’d like in any mode, though.

Sport and Sport+ modes sharpen everything but the gearbox, which holds onto gears a fraction too long for anything but more urgent motorway driving. They’re certainly a little at odds with the quiet calm of the interior at all other times. Sport provides a little balance, but it's still too far from the real mid-point mode required. 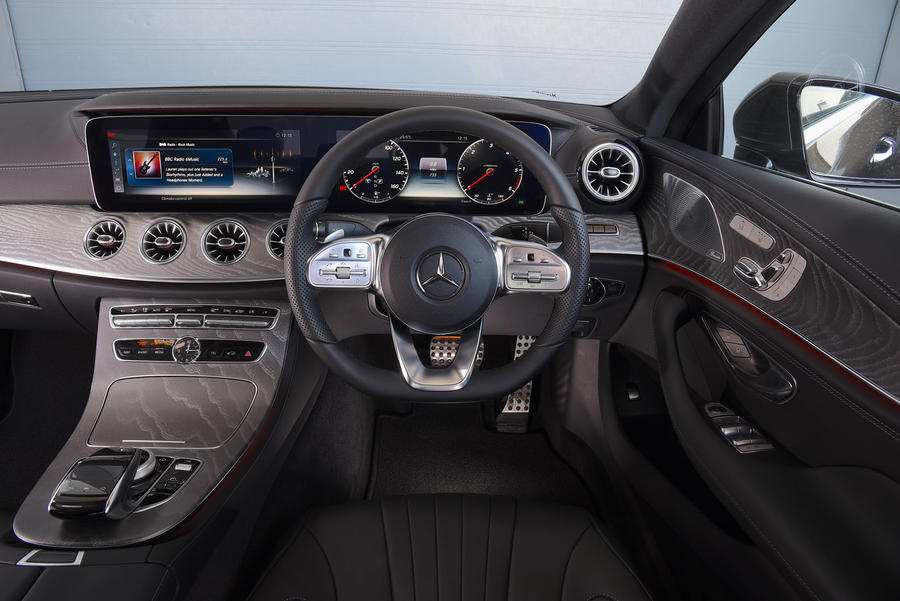 The CLS is almost without rivals at present, except the Audi A7 Sportback (in particular, the 50 TDI is the direct rival for the 350d), so if you can buy it, and you want to, you probably will.

The 350d isn't perfect; those after performance will buy a higher-spec CLS, and those after comfort will buy an E-Class, but it’s not without its niche as a more frugal alternative to the former. And only the truly impatient will find the 350d slow in comparison to its rangemates.

Buyers will be buying for style, then. And there’s plenty of that in the CLS. There’s also plenty in the A7. Four-wheel steering is an option on the Audi, however, and this could give it the dynamic edge over the stylish but straight-line-friendly CLS. 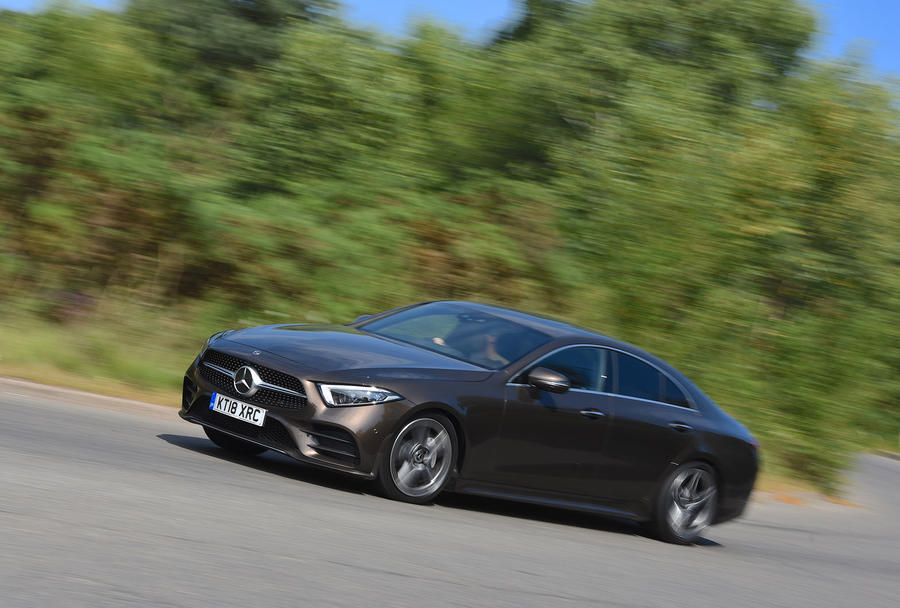 From the side, there are definitely hints of the Mark 1, especially around the rear windows. That said, I think the facelifted Mk 2 looks best of all - I say that having owned a Mk1 for several years, having replaced it with a late Mk 2. No comparison in terms of driving, the Mk2 is miles ahead of the original....

Yep. The original was far

Yep. The original was far better looking.
View all comments (4)