From £25,8008
New entry-level version of the A-Class includes a manual gearbox in the range for the first time
Open gallery
Close

This is the cheapest – or rather least expensive – version of the Mercedes-Benz A-Class you can now buy, bringing with it a couple of significant firsts: the A180-spec version of the 1.3-litre petrol engine and a manual gearbox, all wrapped up in the entry-level SE spec.

The gearbox in particular is most definitely welcome, for one of the big criticisms of several early versions of this fourth-generation A-Class has been the seven-speed dual-clutch gearbox, the sole choice thus far, and the hesitancy it can display.

The A180 engine is a detuned version of the 1.3-litre four-cylinder turbo found in the A200, producing a still healthy 134bhp and 148lb ft in this state of tune. The manual 'box it drives the front wheels through is a six-speeder. You can also now get the gearbox on the A200 as well as the A180, with more set to follow, including on diesel versions, as Mercedes fleshes out the new A-Class range. 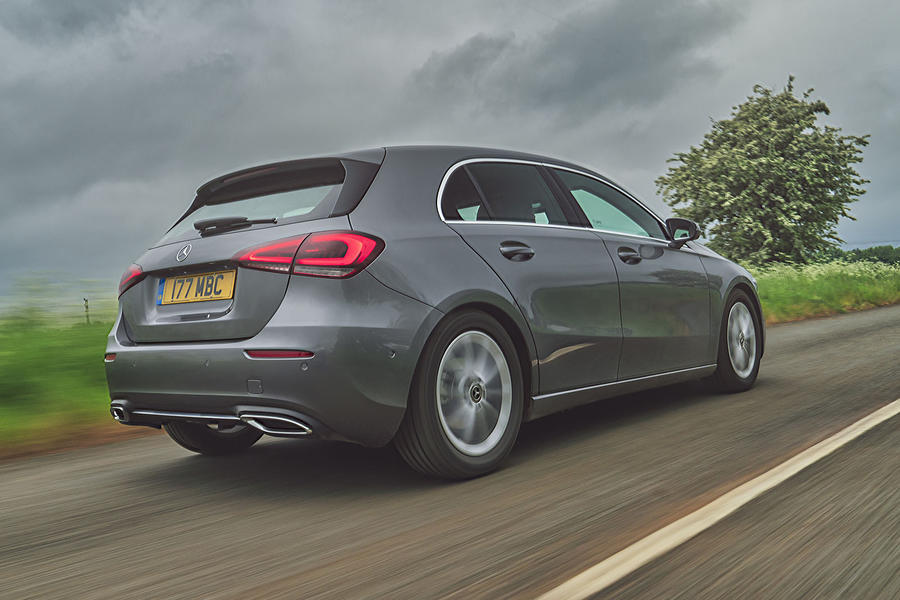 We’ve tried the auto’ in several petrol and diesel versions, and found a hesitancy in it, particularly at step-off and low speeds, as well as a wider lack of intuitiveness when you’re looking for a quick burst of acceleration. It’s probably the one major black mark about what is otherwise an excellent well-rounded family hatchback.

So it’s a relief that the manual makes the car so much more drivable across so much more of the rev range. A good transmission will just slip into the background experience of driving, and give you an unconscious enjoyment when doing so, and this gearbox does just that.

The shift is slick, the integration with the engine seamless and the low-speed hesitancy of the auto’ all gone. It’s the transmission we’d now recommend when speccing your A-Class.

There’s plenty to recommend about this engine, too. It feels in no way a poor relation in the range, with more urgency and a wider band of use than its diminutive capacity suggests. It's as much performance as you'll tend to need in everyday driving, without ever getting your pulse racing.

The engine and gearbox can’t of course solve some of the choppiness of the low-speed ride, even on 16in alloys and tyres with plenty of sidewall (205/60) that SE trim brings. Shame, as the A-Class oozes sophistication almost everywhere else, from its precise and agile handling, pleasing steering feel and, of course, that interior. Multi-link rear-end-equipped versions of the A-Class higher up the range (this one gets a torsion beam) handle with even greater agility, and do ride a bit better across all speeds, too.

This is an interior that, even in this entry-level SE trim, feels a bit special in the class. You still get two colour screens, one for the driver’s information, and another for infotainment that’s packed with features including navigation and voice recognition software as standard. There’s a real richness to the materials and design, too, and the driving position and general control layout is excellent; you’re not left with any big blank gaps where buttons should be.

SE trim also brings with it some active safety assistance systems, such as braking and lane-keeping. In fact, there was not a single option fitted to our test car, making it a true representation of the A-Class in its purest form, and jolly impressive it is with it. There’s nothing to hide here. 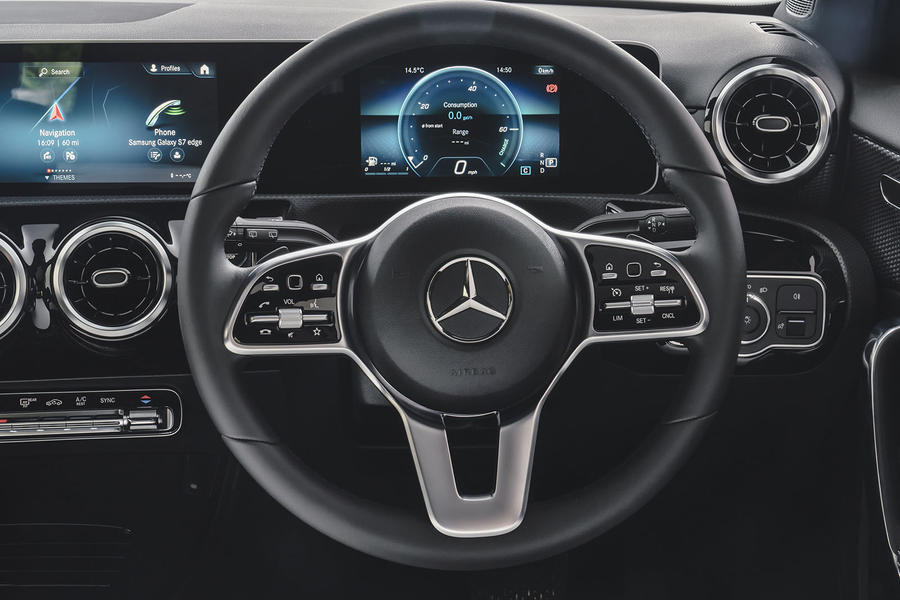 In many ways, this latest version of the A-Class is the one we’d recommend. Keen drivers will find more to their dynamic liking with the more potent and higher-tech AMG Line models higher up the range, but the price will be close to starting with a three by that point.

There’s little compromise to be had here though when you factor in the cost saving, and both the A180-spec engine and manual gearbox connected to it are worthy recommendations on their own. 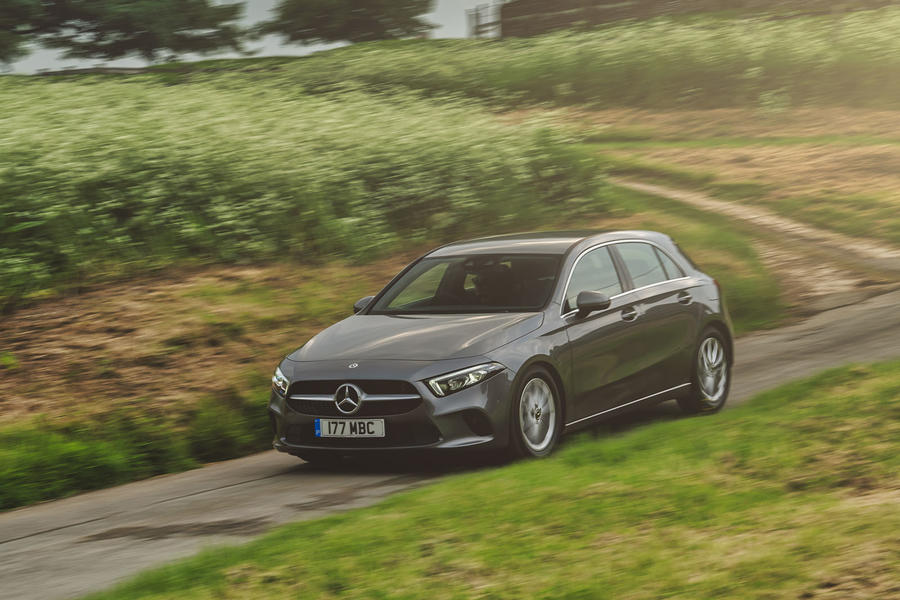 I'd rather buy a Focus or something VAG with IRS. After all they all look much the same to me.

But just right now I'd get a 1 Series while they are still RWD!

Article talks about SE spec, but all the photos are of a more expensive Sport model. The giveaway is the window brightwork - SE trim only has one chrome strip along the base of the windows, not full trim. Also the fake chrome 'exhausts' and bigger wheels come with Sport trim, not SE.

It’s foot operated. At least over here, where it’s auto only

It’s foot operated. At least over here, where it’s auto only

We have a new shape A200 auto and a new C220D. As with all Mercedes the parking brake/electronic handbrake is on the end of the transmission selector which you can press to engage; if you park up and take it out of gear, and turn the ignition off it also engages automatically. Then there is the facility to hold the car on the brake in traffic by pressing the brake pedal harder and letting it go, which releases when you touch the accelerator. Finally, there is also a parking brake switch on the right hand side of the dashboard (on RHD) which you can use the engage it.