From £29,0357
Range-topping diesel C-Class is driven on UK roads for the first time. Is it still the compact exec best suited to long-distance driving?
Open gallery
Close

We all know it, and yet there is still something mildly grating about a C300d not having a creamy 3.0-litre engine.

In fairness, car manufacturers have by now figured out how to make an engine of just about any configuration feel as refined as it needs to, even though BMW still fits a straight-six diesel to the 330d. Instead, the most powerful diesel C-Class comes with a 261bhp twin-turbo 2.0-litre, assisted by a 48V mild-hybrid system.

With the whole C-Class range now being four-cylinder only, it’s almost as though what powers it is incidental, and features like the revamped MBUX multimedia system are of greater importance in a new model. Whatever the case might be, the traditional elements such as the engine and suspension behaviour still need to stack up.

This C300d was also our first opportunity to sample a right-hand-drive example of the new C-Class in near UK spec. Although our test car was still a mix of AMG Line Premium and AMG Line Premium Plus, it was representative in that all C300d's in the UK come as some variation of AMG Line, including its sports suspension and 18in or 19in wheels. And that’s not necessarily a good thing. 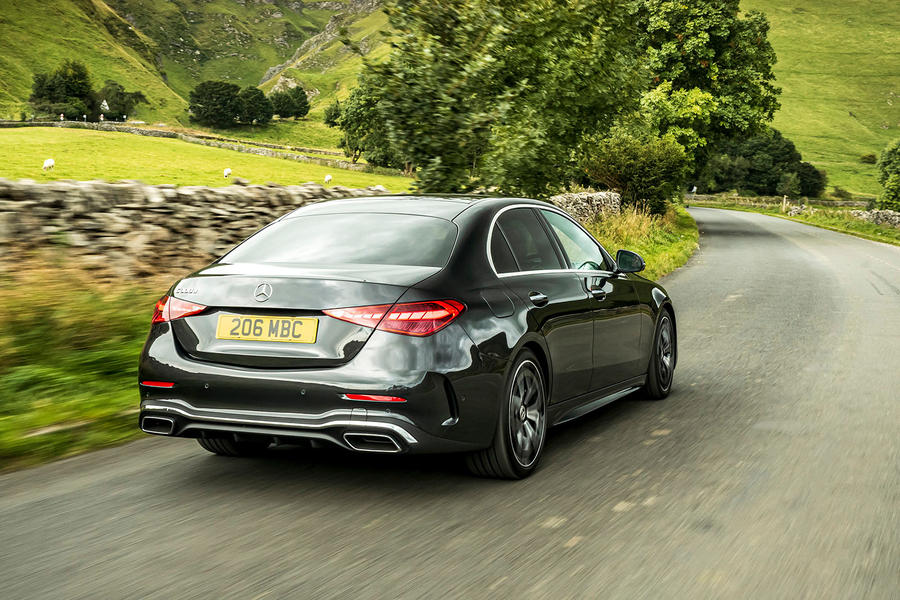 The natural order of things is that a BMW 3 Series is firm but engaging to drive, while a C-Class trades some sharpness for ultimate refinement. The reality is that the big wheels crash through surface imperfections and that the body never quite settles down over a bumpy road, either, reactively following the surface rather than smoothing it out for its occupants.

On previous generations, air suspension was an option, but UK cars now all come on the confusingly named ‘Selective Damping System’. They are not adaptive dampers with different selectable settings, but passive dampers that supposedly react differently to high- and low-frequency inputs. Actual adaptive dampers are offered in other countries, so Mercedes UK should really reconsider, because the C-Class needs them.

The C-Class steers pleasingly enough, with reassuring heft, precision and turn-in, but if you want a driver’s car, there are still better choices available, because it’s a little too stodgy to call it fun.

At least Mercedes hasn’t forgotten how to make engines and gearboxes. With 261bhp and 406lb ft, it’s more than brisk enough in all situations. It has a fairly typical refined four-cylinder diesel sound, although if we’re nitpicking, there are quieter units around. It works seamlessly with both the nine-speed automatic and the mild-hybrid system, which lets the engine shut down when coasting to a stop.

But what it’s all about with the new C-Class is the interior, which is fabulously opulent for this sector. The design, haptics and comfort are all top notch. We always prefer some buttons over hiding all functions in the touchscreen, but if you’re going to go all-screen, this is the way to do it. It still won’t be for everyone, because some of the gestures on the touch-sensitive steering wheel buttons take a little getting used to, and there are a lot of settings to tailor it to your preferences.

However, everything is responsive, clear and logical, and there are plenty of neat features. It’s one of the more intuitive touchscreens because any function you might need on the move is never more than two taps away. 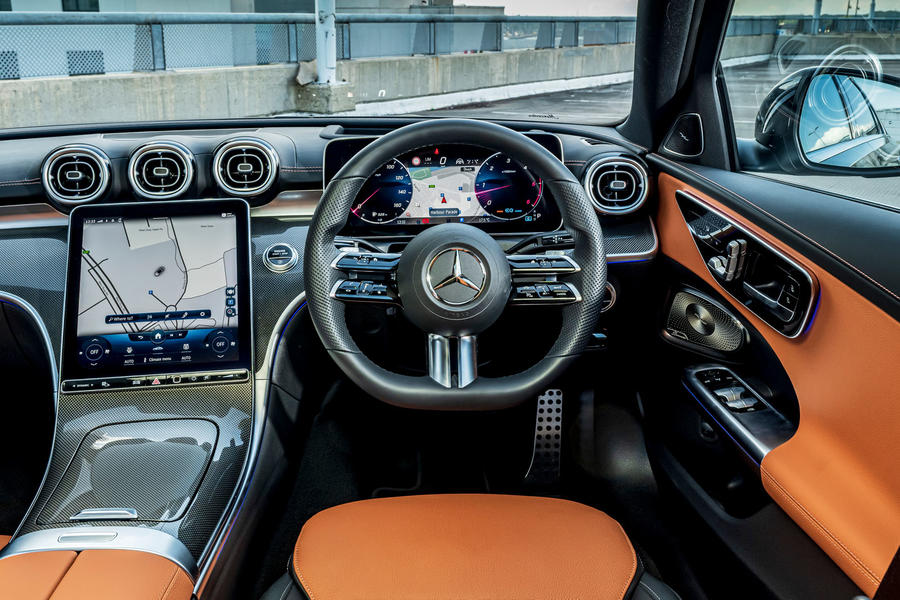 Mercedes UK’s strategy of making AMG Line, sports suspension and big wheels standard fit isn’t limited to the C300d. It’s the same on most models, which suggests that Mercedes customers in 2021 don’t really care about ride quality. If that’s you, then it may be enough that the C300d is well made, high-tech, quick and modern.

For the rest of us, the C220d is available in a more spine-friendly specification and, with 197bhp, will still be plenty quick enough. At £40,785, a 220 will save you £5140 compared with a base 300 and is likely to offer a more traditional Benz experience, even if more power is always appealing. 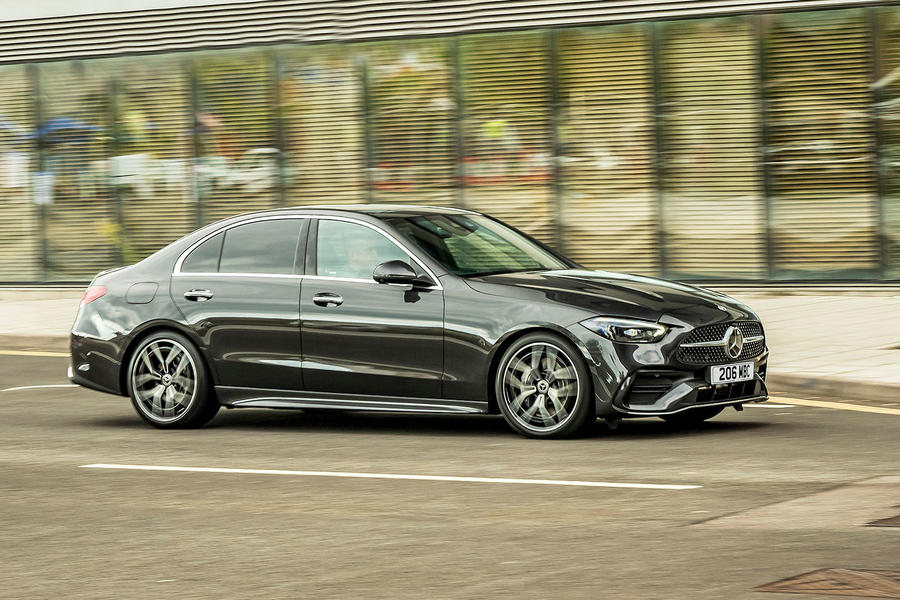 Hard to see the point in even testing diesel cars anymore.  In November they were already at just 5% of new car sales and dropping fast.  More diesel versions of cars will disappear next year as sales continue to tank.  People are already saying that diesel is now socially unacceptable and that is only going to grow.  Obviously Autocar has to keep its advertisers happy, but hopefully no one is seriously considering buying a diesel Merc these days.  You may as well buy a Betamax video recorder, or a mini-disc player.

Some manufacturers (pathetically) claim a minimalist look is one of the main reasons for incorporating essential controls onto a touchscreen. Mercedes have managed to make the driver's job harder, but at the same time have ended up with this awful, hotch potch, fussy dash design.

Cobnapint 19 November 2021
And why add more visible clutter by keeping the electric seat controls on the door card? I know it's a Merc 'thing' - but it's a pointless 'thing'.
View all comments (11)