From £29,0357
Impressive inside and some high levels of tech, albeit in a curiously unsatisfying dynamic package
Open gallery
Close

We drove the new Mercedes-Benz C-Class last week overseas but we’ve now driven it in the UK, albeit still early left-hand-drive examples.

The one most different from last week’s test car was this C200 petrol estate, presented in a slightly unknown spec because it’s non-specific to any particular trim level. But it did run on swanky 19in wheels and have a high-specification interior.

The estate is the same 4751mm length as the saloon, unlike the previous model, which was a touch longer than the four-door, while it has a 490-litre boot (rising to 1510 litres with the seats folded), all but the same (500-1510 litres) as the C-Class’s arch rival, the BMW 3 Series.

The other boot numbers – the ones on the outside – don’t always correlate to engine capacity these days and this C200 is no exception, with a 1.5-litre petrol engine with integrated 48V mild-hybrid starter-generator that boosts low-end torque and response.

The engine provides 201bhp and 221lb ft, and, briefly, the motor another 20bhp and 148lb ft, but you can’t just add the numbers together to get a maximum because both elements won’t be working their hardest at the same time. 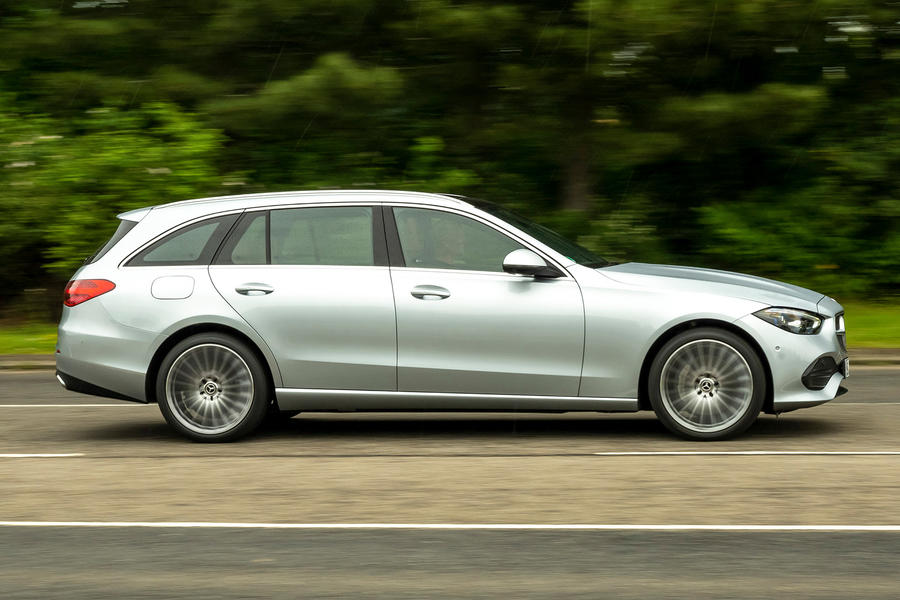 The numbers say the C200 hits 62mph from rest in 7.5sec, which makes it the same sort of speed as a Toyota GT86. But the way it drives its rear wheels through its nine-speed automatic gearbox means it doesn’t really feel as fast as that and, while the engine is impressively quiet, the ’box is indecisive with ratios in all but gentle mooching, with more meaningful acceleration accompanied by quite a thumpy downshift.

The rest of the way it drives is mixed, too. Even the estate this time around has no air spring option but even so, with coil springs both back and front, it rather feels like the fore and aft set-ups are moving at different rates, with a lack of cohesion to it contributing to a front-rear bob to the ride in the suspension’s Comfort mode. In that, there is, at least, also moderate isolation that would probably be improved by not having 35-profile rear tyres.

Nonetheless, this isn’t a car that has the ride and handling deftness you’d hope for from a small rear-drive Mercedes. The steering’s better, glutinous at times but middlingly weighted, and it gains a bit of heft and confidence as you turn – and it’s not nervy despite having only two turns between locks.

If anything, the car’s better in its Sport mode in the UK – firmer, no question, but more composed and consistent. Although it's still no BMW 3 Series or Alfa Romeo Alfa Romeo Giulia, both of which remain pleasing rear-drive compact executive saloons that have a fine blend of handling and ride, the Alfa particularly.

It’s as if Mercedes is pitching itself as a tech company as much as a vehicle engineering company, a move embodied by a big central touchscreen that, as in a Tesla, overloads the dashboard with infotainment options. It’s not all controlled via the screen itself. There’s iffy voice control, too, while thesteering wheel spokes have controls for both the instrument pack (left spoke) and big screen (right spoke). They’d work much better if their haptic-style buttons and swipe-pads weren’t so easy to mis-control. And because the centre screen is so big, you can’t rest your wrist anywhere while you prod it, either. So while, for example, the graphics are great, and most of the menus sensibly laid out, ergonomically it’s too distracting.

Fit and finish are good, though – at least on this unspecific high-end model – with design touches such as snazzy air vents and some of the discotheque lighting suggesting that this is more a show-business than old-money car now, which is not the vibe Mercedes used to give off. 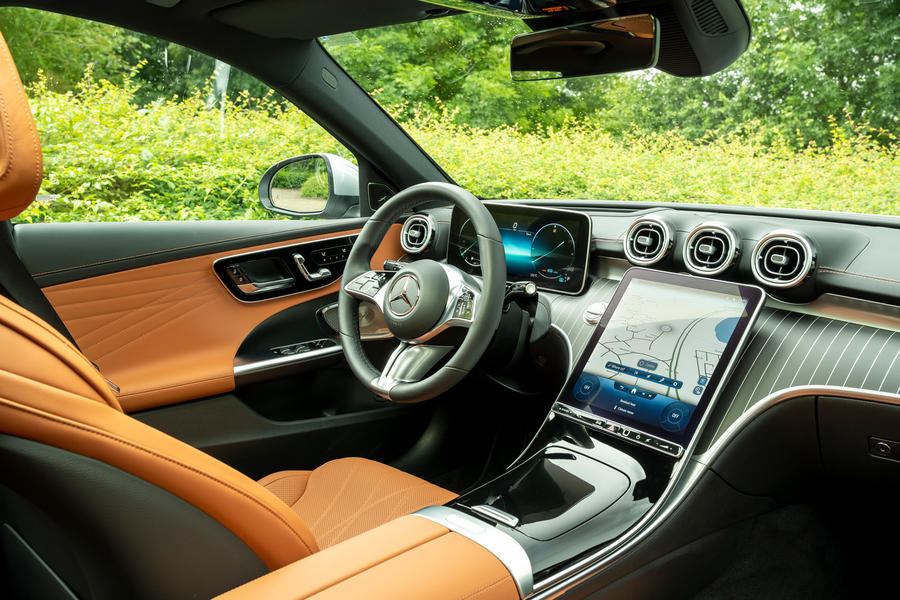 Perhaps Mercedes has forgotten or doesn’t care how its cars used to feel, and doesn’t think that they ought to be fun to drive.

I think that’s a shame, but when it easily sells two million cars a year and has just launched one with impressive features and showroom appeal, it probably won’t care less. 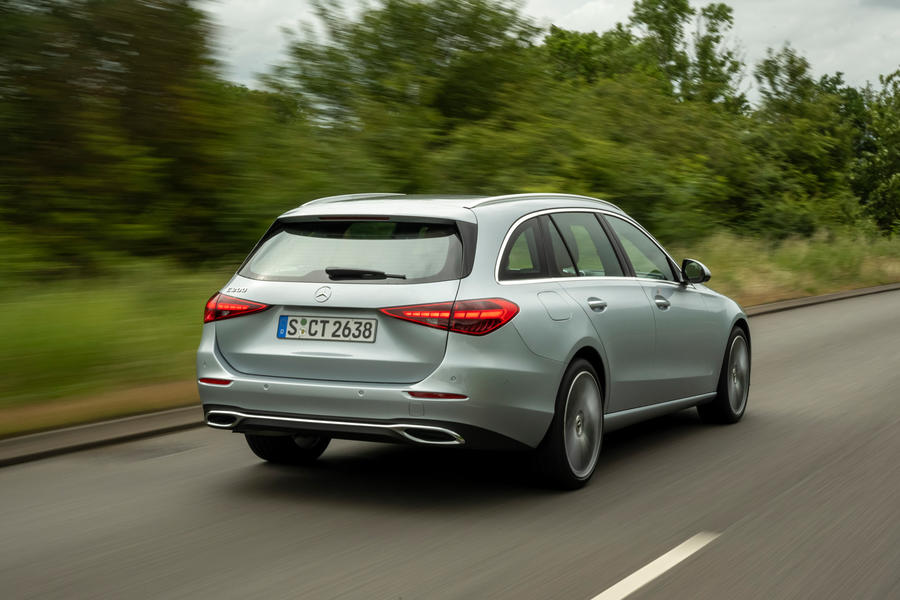 Did I finally see a mention of the seeming insanity of adding elctric power output to combustion bhp to form an exact sum, or was that line just referring to torque?

This never made sense to me. A 200 bhp petrol engine say, and a motor with 50 bhp. Why does that produce the same as a 250 bhp engine?

"Won't care less" is not quite "would'nt / couldn't care less", but at least it's better than the goddawful "could care less" which has become the norm.

AMG cars aside, I've always thought of Mercs as comfortable/luxury cars, not ones that you drive hard like a BMW. Not sure why that would be used as a critism

I think Matt's summary covers Mercedes' current approach towards their cars very well and is a view I've held for a while. That is Mercedes seems more concerned about style, gadgets and producing a wow-factor rather than substance and how good a car could or should be. This approach started with the previous (and disappointing) A-Class since when many of Mercedes' models haven't been as good as they should have been, probably heightened by the latest S-Class which seems a massive disappointment. Yes, their cars may have glitzy, showing interiors that look great and they may feature fancy gadgets, but when it comes to dynamics, interior quality and the standards of some of drivetrains, it's been more miss than hit during the past decade. A far cry from the days when Mercedes were engineered like no other car.