From £29,0358
We've tested the mild hybrid C-Class estate on UK roads for the first time. Is it enough to tempt buyers away from the better-selling diesels in the range, though?
Open gallery
Close

You’ll have heard the term 48-volt hybrid a lot lately, as manufacturers put the technology into mass-market models for reduced running costs and a bit of extra power.

Merc's version, badged EQ Boost on this C200, is essentially a 17bhp electric-motor-cum-belt-driven-alternator which can give progress a little nudge when required, or keep fuel economy and emissions down at all other times.

This little electric unit is paired to a new 1.5-litre turbocharged petrol engine, and Mercedes claims that it has the same delivery of power and torque as the previous car’s 2.0-litre petrol, without the higher fuel consumption and CO2 emissions.

The official figures are 181bhp, plus 17bhp from the electric boost, with maximum torque of 207lb ft. 0-62mph passes in a hair under eight seconds, and the maximum speed is 146mph. It goes 44.1 miles before asking for another gallon of fuel and breathes out 136g/km of CO2 in return.

We’ve not yet driven the C200 in estate form in the UK until now, but the C-Class is the UK’s best-selling car of its type, so the pressure is on for lower-end petrol models like this, as the public continues to turn away from diesel-powered cars. For the time being, though, C220d saloon is still expected to be the top dog among customers. 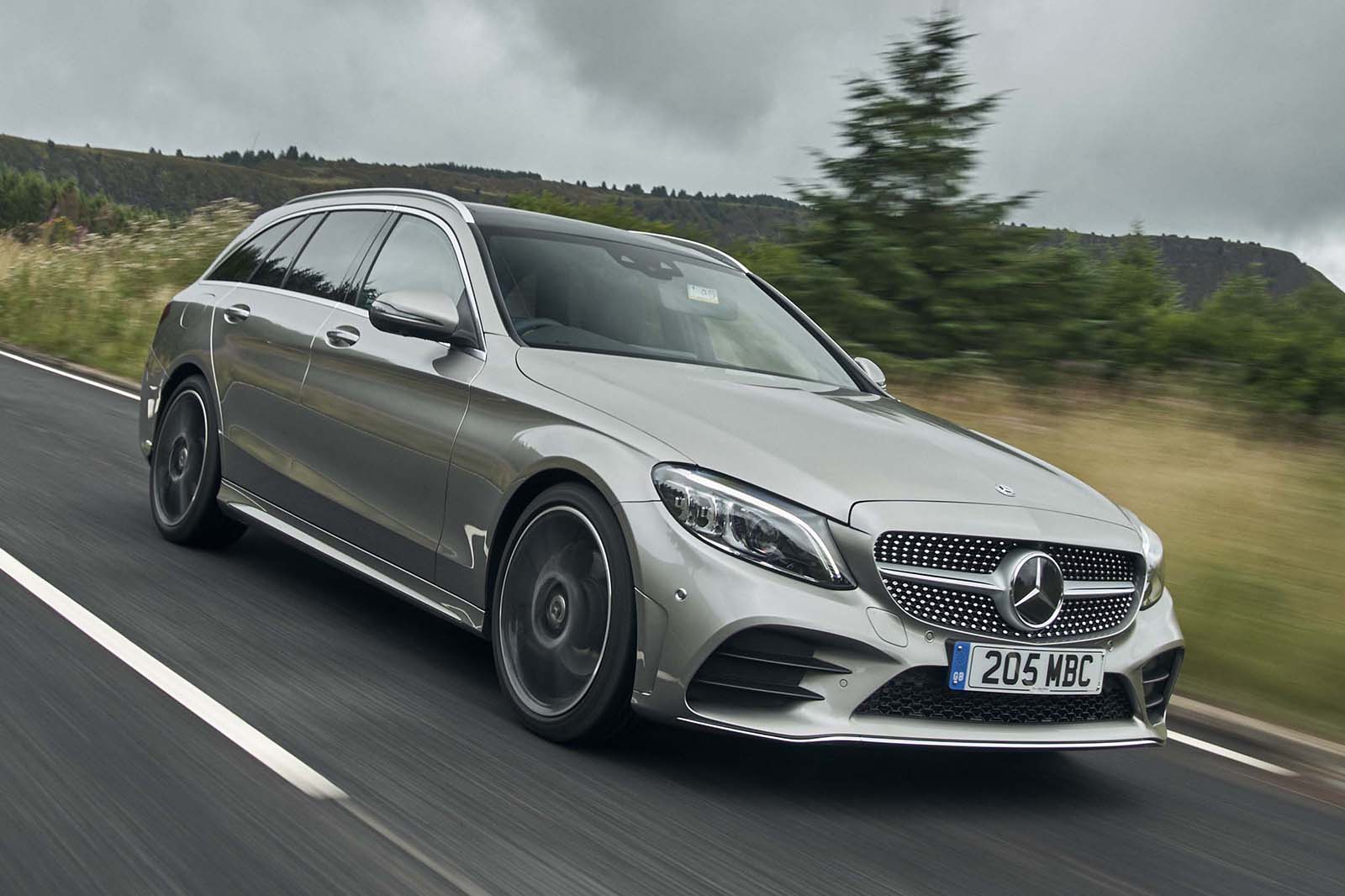 It’s quite refined. If you’re going to be doing motorway miles in a C200, you won’t be faced with much noise. In fact, it’s not until 3500rpm that you can even really hear the engine and those kind of revs aren’t a requirement of getting up to speed, unless you want to get there particularly quickly.

There’s enough low-end torque to make satisfying progress in relative hush, but there’s also a decent glug of it if you’re accelerating hard. The hybrid system is incorporated seamlessly into the experience, with none of the grabbiness in braking of other hybrids, and a distinctly smooth power delivery.

That’s in part thanks to the nine gears on offer. Shifts are smooth and well executed when on the go, and it’s not until you venture into the car’s Sport+ mode that it gets a little clingy in lower gears to deliver more revs and more power.

It’s sophisticated and refined until you encounter stop-start traffic, where it can be a little juddery when starting back up. It lasts only a second though, then the C200 gets back into its stride and next-to-no vibrations leak through to the cabin.

When traffic clears, the ride up to around 50mph can be a little nervous, but settles above this. Larger ruts around town upset the car rather more than they ought, though, and the car’s extra weight over the rear end causes it to thump a little over speedbumps.

There’s more wind noise than engine noise, though. There’s an audible rustle from the door mirrors above 60mph, and a fair amount above your head from the panoramic sunroof. Nothing too intrusive, but a constant background soundtrack if you’re on the motorway for any length of time.

The steering is weighted nicely and feels more direct than the C-Class’s size should allow, but there’s little in the way of feedback. Motorway cruising is what it does best, although you’ll have to set up an Individual drive mode to get the best out of the car - cruise-friendly Comfort mode is a little sluggish to respond when you want to overtake slickly. 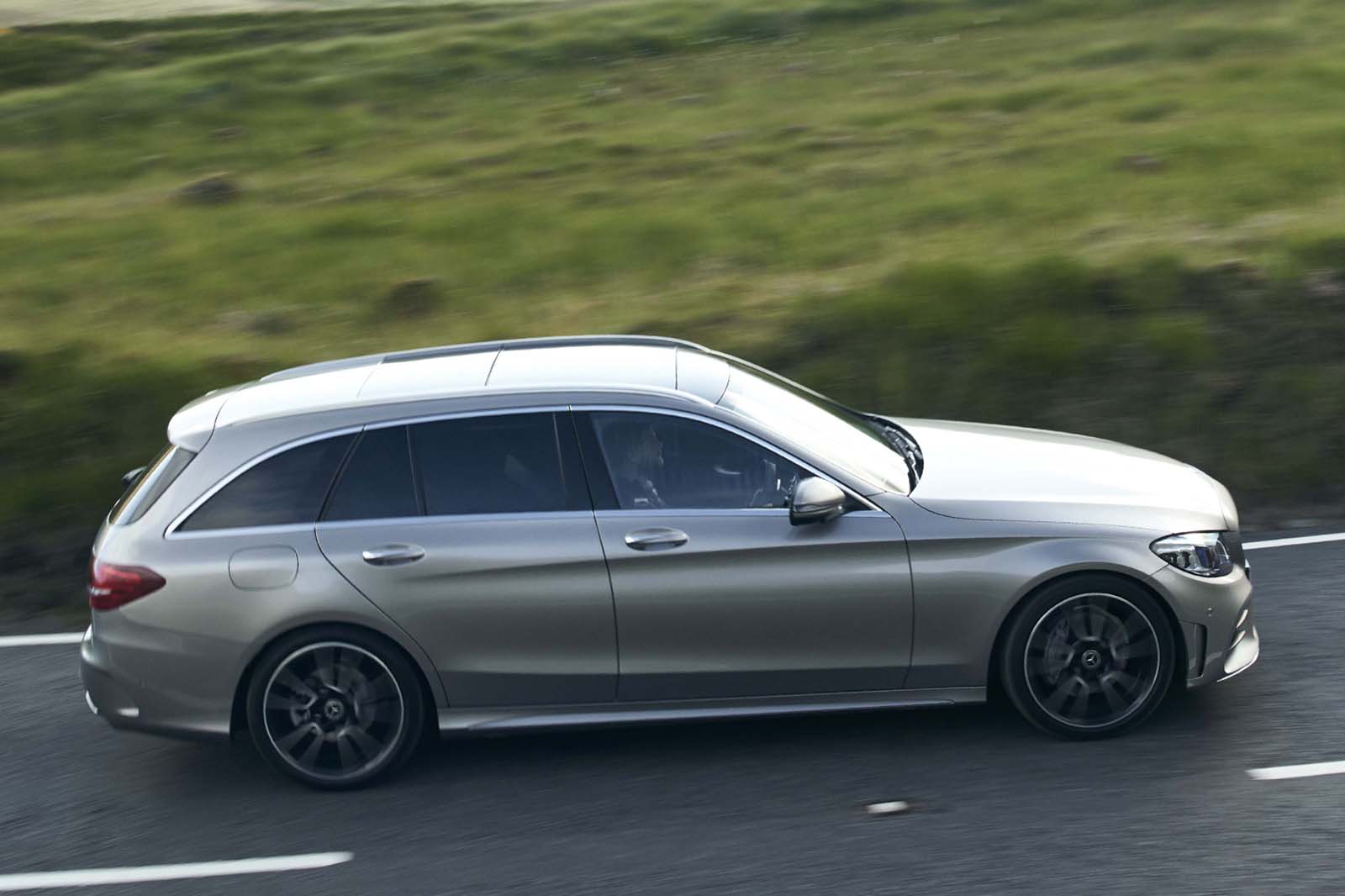 Ride aside, there are few reasons to dislike it. The benefits of the EQ Boost hybrid system make most sense around town, though, so longer-distance drivers should - and probably will - stick to the oilburning C220d for the time being.

As an estate car, though, it’s marginally less slick than the saloon, given the thumping of that extra weight at the rear.

That makes it no less refined, which is the car’s key strength. It’s let down a little by that fidgety ride, and the fact that the diesels offer the same package, but with greater economy. 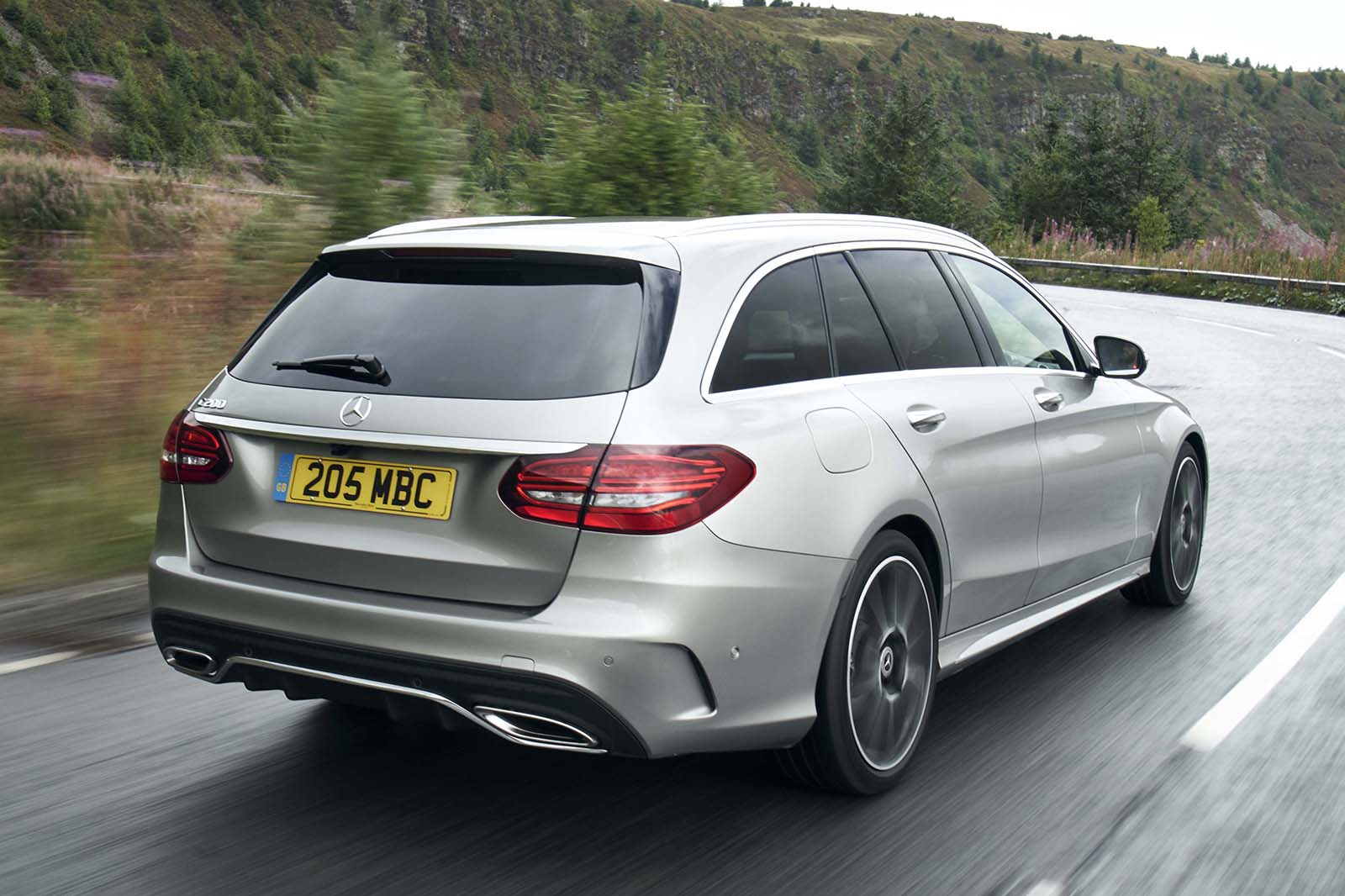 I doubt quality of this will match the price...

Economy not so great

I’ve just read the recent review of the new Peugeot 508 saloon with comparible performance figures and a standard 1,6 turbo petrol with no fancy added electric power, and that manages to get approx. 7 mpg more than this Mercedes. I know some of this defecit will be because this is an estate, and a good chunk heavier, but stil...

I suspect the standard version is mid thirties otherwise people would just buy a 3 series or A4.