AMG isn't holding back in launching a go-faster version of the second-generation Mercedes-Benz GLE Coupé. From the outset of UK sales of the bold SUV, a new GLE 53 model sits alongside the standard GLE 350d and GLE 400d diesels and diesel-electric plug-in hybrid GLE 350de in a four-strong initial line-up.

The successor to the earlier GLE 43 Coupé has been conceived to rival to the likes of the Audi SQ8, BMW X6 M50i and Porsche Cayenne S Coupé, providing a stepping stone to the range-topping GLE 63 Coupé that was revealed at the recent Los Angeles motor show.

The GLE 53 Coupé is clearly a more focused and resolved proposition than its predecessor, bringing with it a more powerful and responsive mild hybrid drivetrain, an excellent nine-speed automatic transmission with steering wheel-mounted shift paddles and a new 4Matic+ four-wheel drive system featuring a fully variable apportioning of drive between the front and rear wheels. There's also the latest incarnation of AMG’s Ride Control air suspension.

It's distinguished from its standard siblings by a series of typical AMG design elements, including a so-called Panamericana grille, restyled bumpers, powerdomes on the bonnet, a prominent diffuser, chromed tailpipes and unique 20in wheels as standard (with both 21in and 22in alternatives available among a long list of optional equipment). Inside, there's an AMG-specific digital instrument display, the latest AMG multifunction steering wheel with a rotary dial to alter the driving modes, carbonfibre trim details and brushed stainless steel pedals and sills.

The elevated driving position isn't exactly sporting in character. However, generous adjustment of the driver’s seat and steering wheel allows you to strike a suitable compromise. The broad front seats are supportive and comfortable, but those sitting in the rear may bemoan the lack of contouring and support in the bench.

In line with standard versions of the new GLE Coupé, the GLE 53 Coupé is based on a new platform. It has a 62mm-shorter wheelbase than the regular GLE 53, although its wheelbase is 19mm longer than that of the GLE 43 Coupé. Additionally, its front and rear track are increased by 53mm at the front and 92mm at the rear to measure 1681mm and 1720mm respectively – all of which gives it a considerably larger footprint than the model it replaces.

The GLE 53 is the latest model to receive AMG's mild hybrid drivetrain, which was launched in the CLS 53 back in 2018. It employs a turbocharged 3.0-litre in-line six-cylinder petrol engine developing 429bhp and 384lb ft, in combination with an integrated starter motor capable of providing an additional 21bhp and 184lb ft for brief periods of loaded acceleration.

To boost throttle response, the 48-volt electrical system that's used to run the motor also operates a small compressor. This boosts induction before the twin-scroll turbocharger has reached its peak operating pressure. 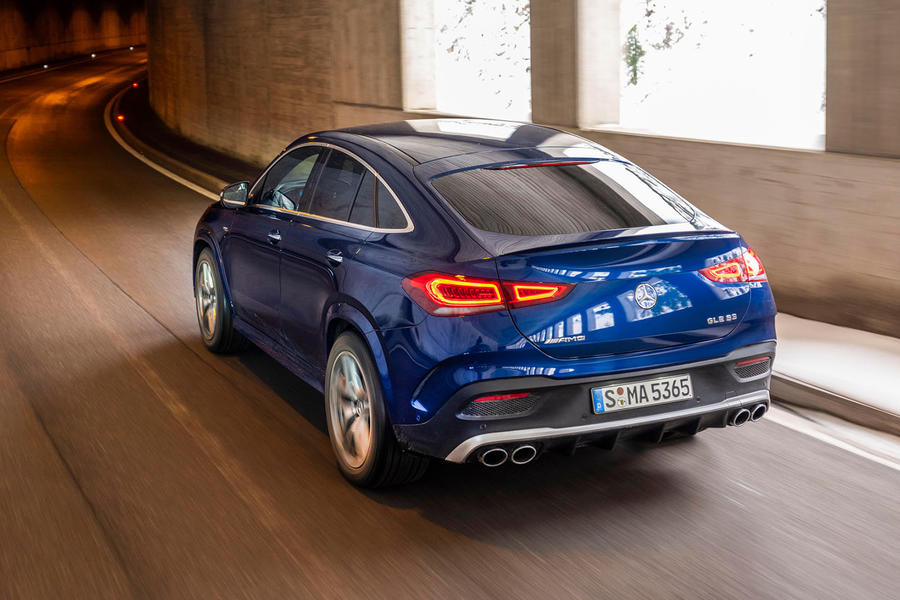 Predictably, the performance of the GLE 53 Coupé is defined by the strong reserves of torque delivered by both the engine and motor. Despite tipping the scales at 2250kg, this car offers robust step off and brawny in-gear acceleration, as evidenced by its official 0-62mph time of 5.3sec.

Equally as impressive as its sheer performance is its effortless cruising ability. The flexible nature of the drivetrain and terrifically smooth operation of its transmission endows the GLE 53 Coupé with outstanding long-distance qualities. With substantial 275/50-profile tyres as standard front and rear, it does suffer from some annoying high-speed tyre roar on rougher road surfaces, but refinement is mostly exceptional for a large SUV with such a sporting brief.

It’s the heightened dynamic qualities that really make their mark, though. There’s greater engagement in the steering and handling than you'll experience in standard GLE Coupé models; when hustled along challenging roads, the GLE 53 Coupé displays the sort of agility and directional change adroitness that can challenge the best of its high-riding rivals. With strong grip and its new four-wheel drive system constantly altering the amount of drive to the front and rear wheels, it can be made to carry quite high speeds through corners without any tyre-squealing dramatics. Traction in all conditions is exceptional.

The AMG Ride Control suspension also provides exceptional body control and a noticeable improvement in ride over the old GLE 43. Indeed, there’s a far more settled feel to the ride, especially at urban speeds, where there's a newfound level of compliance. 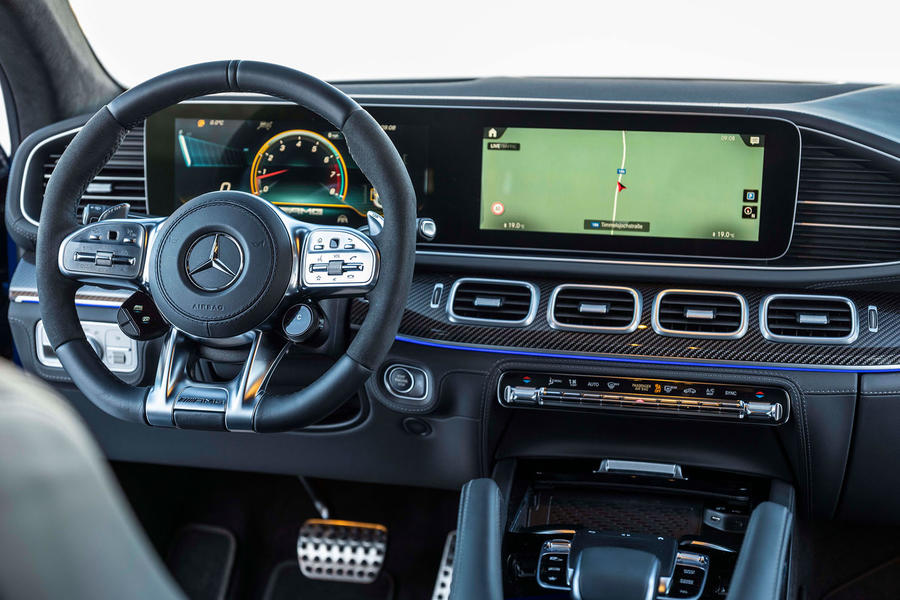 The GLE 53 Coupé is an impressive, if expensive, all-rounder. It delivers strong but not over-the-top performance, responsive and resolved handling and a firm but nicely control ride. Further positives include an outstanding interior with high levels of quality, excellent mechanical refinement and class-competitive accommodation. 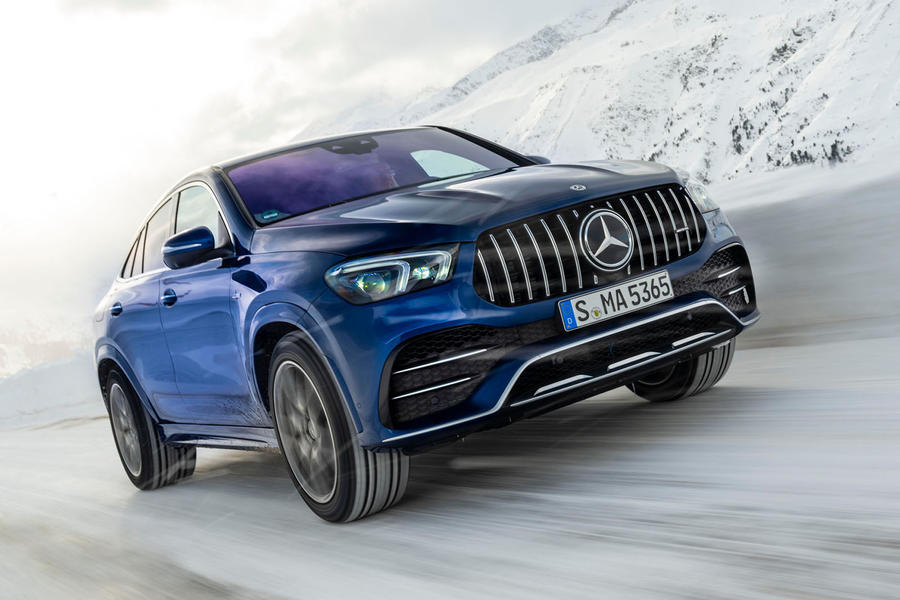