8
The renewed, visually reinvigorated Mazda CX-5 arrives in the UK to challenge the Volkswagen Tiguan's place in the crossover hierarchy
Open gallery
Close

The Mazda CX-5, new and improved, and driven in the UK for the first time. Styling, refinement and stiffness gains are the notable bullet points in a comprehensive, if somewhat shallow, update to Mazda’s well-proportioned crossover.

Those proportions are given top billing by a design makeover intended to simplify and sharpen the model’s appearance. The result, neatly poised on the wide-mouthed grille and glowering headlights, makes the CX-5 marginally larger than it was previously – but infinitely sleeker, too. 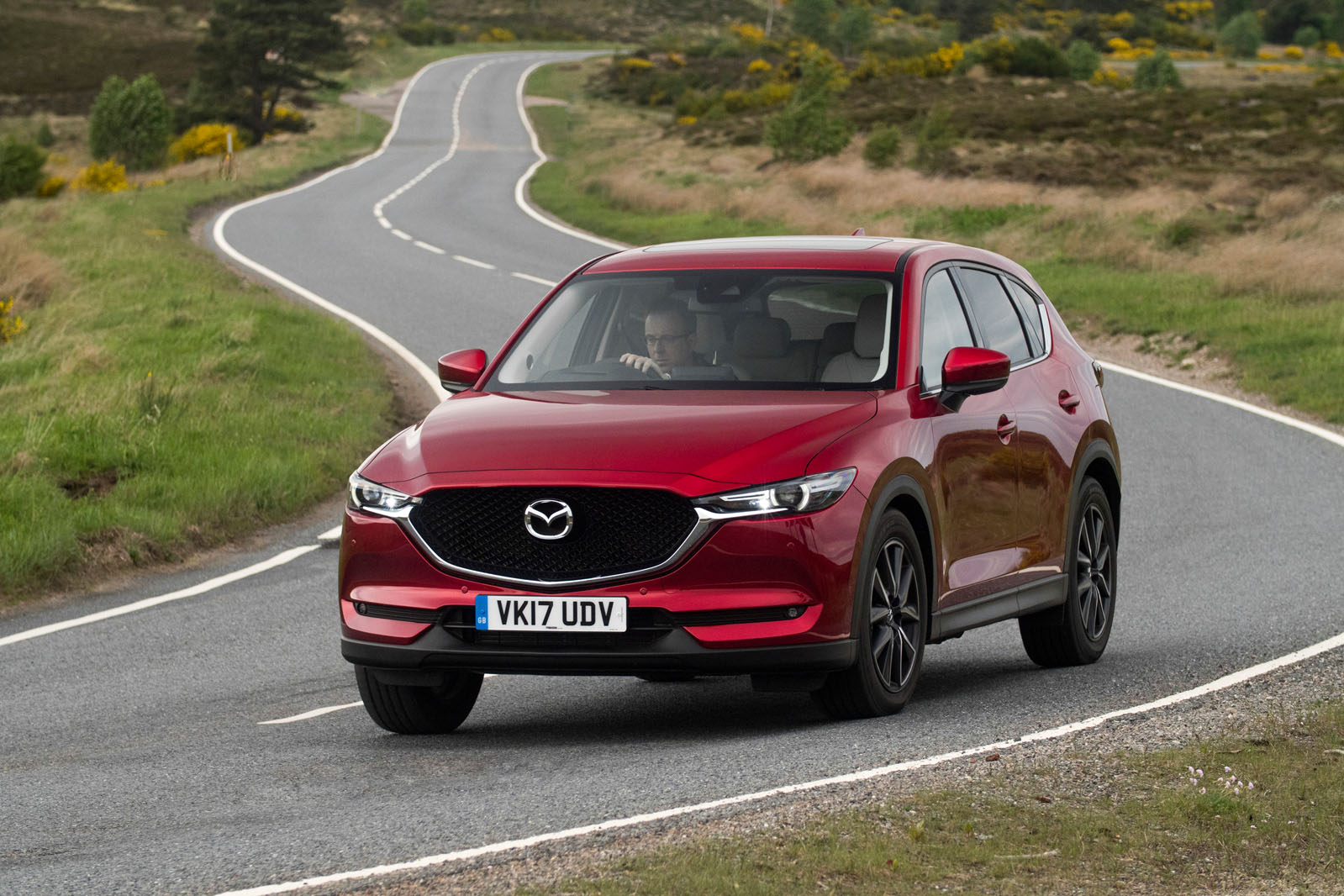 The obliging sense of tautness continues beneath the skin. Thanks to detailed revisions made to the car’s construction, Mazda claims a 15% improvement in torsional rigidity – a dynamic enhancement supplemented by a revised chassis and the introduction of a new torque vectoring system.

Track widths have been slightly broadened as well, and the car is 35mm lower than its predecessor. The platform, though (and therefore wheelbase) are the same, as is the engine line-up, which centres on Mazda’s robust 2.2-litre diesel unit. We're sampling this here in its more powerful 173bhp format, which includes adaptive four-wheel drive and a six-speed manual gearbox as standard.

Much like outside, the CX-5’s interior enjoys a useful bump in appearance. Architecturally, the hardpoints are generally the same, although the isolation of the now free-standing infotainment screen and the elevation of the centre console – not to mention a rethink of the trim materials – has gently elevated perceived quality.

As well as assuaging your eyes and fingertips, Mazda has also devoted significant time and energy – and reportedly extra weight, too – to appeasing the ears. The list of modifications made in pursuit of a quieter ambience is long; long enough, in fact, to suggest that the upshot ought to have been more impressive than it is – the Mazda CX-5 is doubtless better isolated than its predecessor, but probably still not in the latest Volkswagen Tiguan’s league. 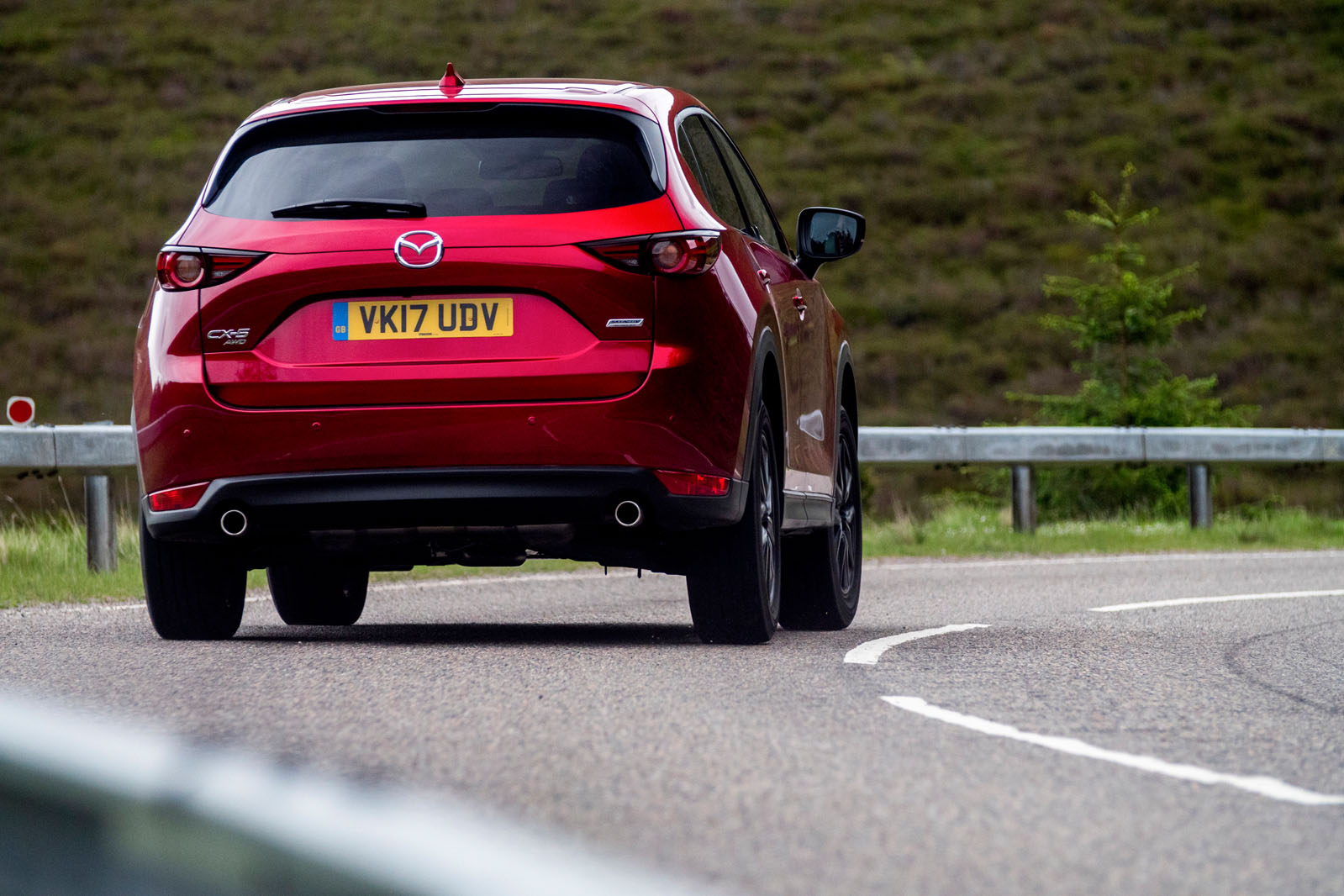 It is that not-much-more expensive rival, one suspects, that the manufacturer is keen to close the objective gap on. Certainly in some respects, not least in the way it drives, Mazda has taken noticeable strides. The CX-5 – never less than competent – has benefitted from its more rigorous spine: roll and pitch are kept scrupulously in check, and save for a slightly indifferent steering response, the car changes direction about as well as you could hope from a mainstream crossover.

Added by the mostly indiscernible shuffling of power to the back axle, lateral grip (even in miserable Scottish weather) proved commendable, and a wholly satisfying match for the 310lb ft of torque delivered by the four-cylinder engine (bewilderingly superior to the 280lb ft of the bigger-selling detuned version). Lingering doubts about firmness of the low-speed ride remain, especially in the front-wheel-drive model, but this four-wheel-drive model's amiable relish for fast A-roads was as conspicuous as it was laudable.

There’s no functional reason why not. The notable absence of any alteration in the engine bay aside, the CX-5’s renewal is a creditable one – rendering not only a manifestly better-looking car inside and out, but also one that drives with sufficient proficiency to make experience if not entertaining, then at the very least agreeable. It’s also as decently sized and as practical as ever. 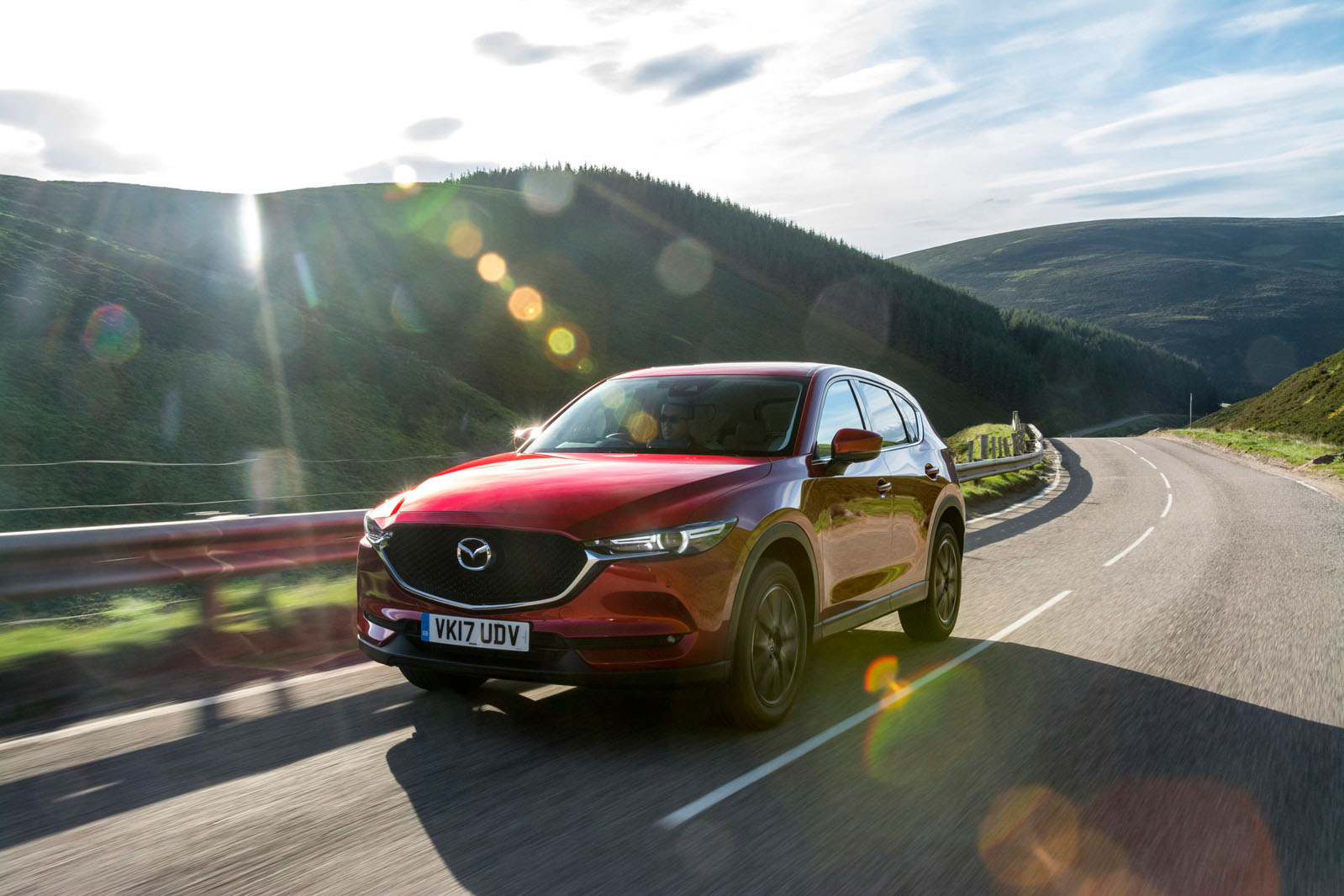 The pragmatic rub, as it often is with Mazda, is located less in the car than on the price its maker puts in the brochure. At £31,395, this all-wheel-drive Sport Nav model – the one you really want – is only around £1000 cheaper than the 187bhp 2.0-litre TDI 4Motion SE Tiguan, which comes complete with a DSG automatic gearbox.

And while the qualitative daylight between the two cars has dwindled, enough of it remains for the new CX-5 to land high among the respectable also-rans rather than on par with the class-leader.

To me, the CX-5 has always been the alternative SUV, calling it a thinking man's SUV might be a step too far. The design has always fascinated me - some designs age quickly (e.g. 350/370z) some designs seem not to age at all (or at least very slowly) such as 6th/7th gen Celica. The CX-5 definitely falls into the former category it shone brightly for a moment but its really beginning to look old fashioned particularly at the back. Cant say its ever held strong appeal to me but then again anything in this segment is more about lifestyle than motoring.
bowsersheepdog 9 June 2017

It's a shame on Mazda that instead of making a successor to the RX8 they churn out this fat-arsed jeep rubbish. The MX5 and the 6 show that they can still produce excellent cars, so there's no excuse.
Cobnapint 8 June 2017

Looks miles better than the Tiguan

Which only looks decent when it's fully dressed up in its R-line body kit, like in the tv advert.
View all comments (12)