They can be refined with near-silent motors, can give huge fuel economy around town and have decent acceleration thanks to instant torque. But they're not very frugal at higher speeds, they're heavy and they often have clumsy handling.

Kia’s electrification efforts aren't to be sniffed at; it has the Niro hybrid, Niro PHEV, Optima PHEV and now the Optima Sportswagon PHEV. Holding down the pure-electric end of things is the Soul EV, and there’s a promise of more EVs to come.

Here, we're testing the plug-in variant of the comely new Optima Sportswagon estate on UK roads to find out if it can compete with its fearsome line-up of rivals. Most of these are more premium segment offerings, such as the BMW 330e, Lexus IS 300h, Mercedes-Benz C350e and Volkswagen Passat GTE, but with its £35,145 price tag, the Optima also takes on the volume-selling Mitsubishi Outlander PHEV.

In estate form, though, its rivals are limited to the Passat GTE and C350e estates, and it'll have its work cut out if it's to match up to the sporty Passat and big-selling C-Class. As the industry gears up for ever-more electrification, though, this is a class that's about to get incredibly crowded incredibly quickly. 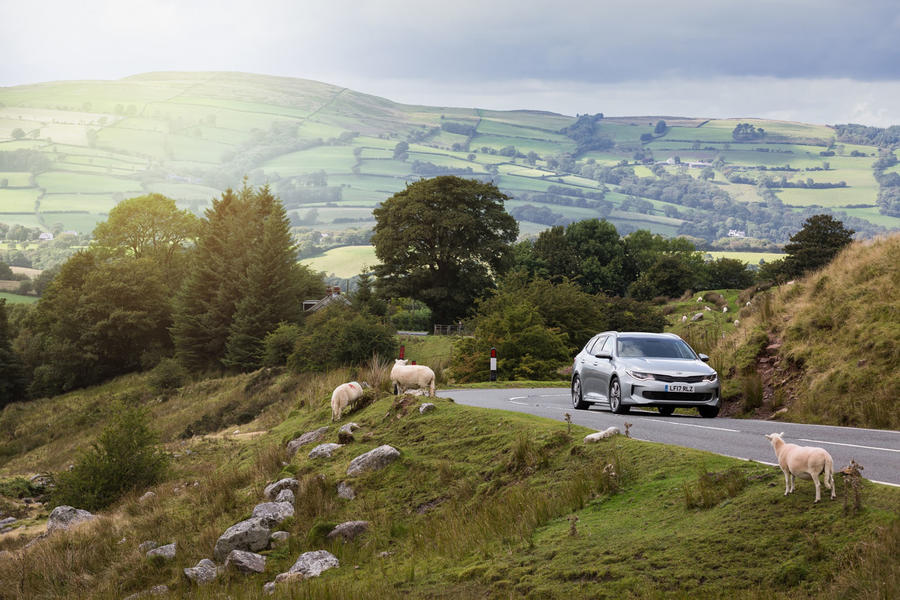 Refined. Almost spookily so. The switch between electric and petrol is practically unnoticeable, and Kia claims 38 miles of electric-only driving. There’s next to no wind noise at sub-motorway speeds, with only a little turbulence from the door mirrors rustling over your right shoulder when you approach 70mph.

It’s the same with road noise, even if it is slightly more pronounced and a little intrusive at times – presumably because of the car’s excess heft over the standard Optima Sportswagon.

There is moderate noise at motorway speeds, though, but thankfully the Harman Kardon sound system is more than up to the job of drowning it out. This stereo is standard, too; in fact, no optional extras were added to the car on test.

Kia appears to have put real effort into the ride. It's nicely damped and comfortable, although it is a little fidgety and doesn’t settle at motorway speeds. It's better at 40mph or less.

Where the extra 200kg over the standard Optima Sportswagon is really noticeable is in corners. Change lanes sharply or take a tight roundabout at a pace quicker than leisurely, and despite the excellent grip, you can feel the car shift its weight from one side to the other. That makes the car feel cumbersome, flabby and less confidence-inspiring than it should, which is a bit conflicting with the reasonably punchy acceleration.

The directness of the steering is promising, but it appears to have been given a local anaesthetic. The weighting is nice, though, being light and manoeuvrable at low speeds and weighting up at speed. There’s a bit of a dead zone around the centre, though.

That acceleration makes the car feel light on its feet to begin with, but the power fades mid-range, meaning A-road overtakes require a bit more forward planning than would be expected. The Optima PHEV is no slouch, but a more linear delivery of power would improve things.

The engine’s vibration is undetectable through the steering wheel, and noise doesn’t leak into the cabin unless you’re really pushing it. If you’re after the best of the Optima PHEV, though, chances are you won’t encounter this. 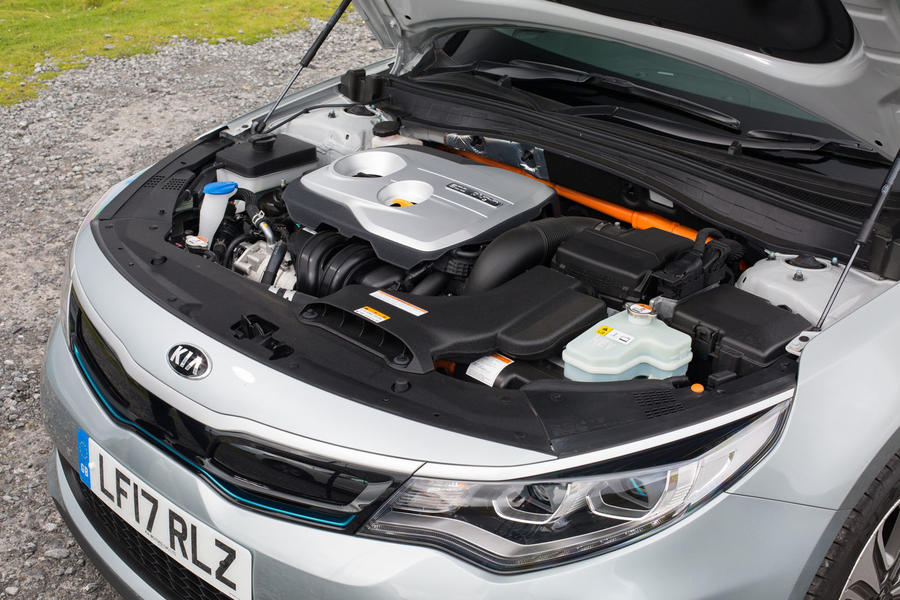 Overall, the Optima Sportswagon PHEV is a decent package.

The high-end specification that it comes in makes it feel semi-premium, albeit with some less soft-touch plastics, and even when being driven harder than normal, the car rises to the challenge of delivering promising fuel economy without being a complete snooze.

It’s hard to overlook the dynamic shortcomings of this car, though, especially when you compare it with its rivals, even if they are more expensive.

The Optima Sportswagon PHEV's good bits really are very good, but its bad bits are too conspicuous to warrant a more generous rating.

If you’re after a quiet, comfortable, semi-premium commuter car that won’t break the bank when you’re travelling locally, you can do far worse. If you’re after a plug-in hybrid that stands out from the crowd dynamically and hides its extra weight, the Passat GTE may be more your cup of green tea. 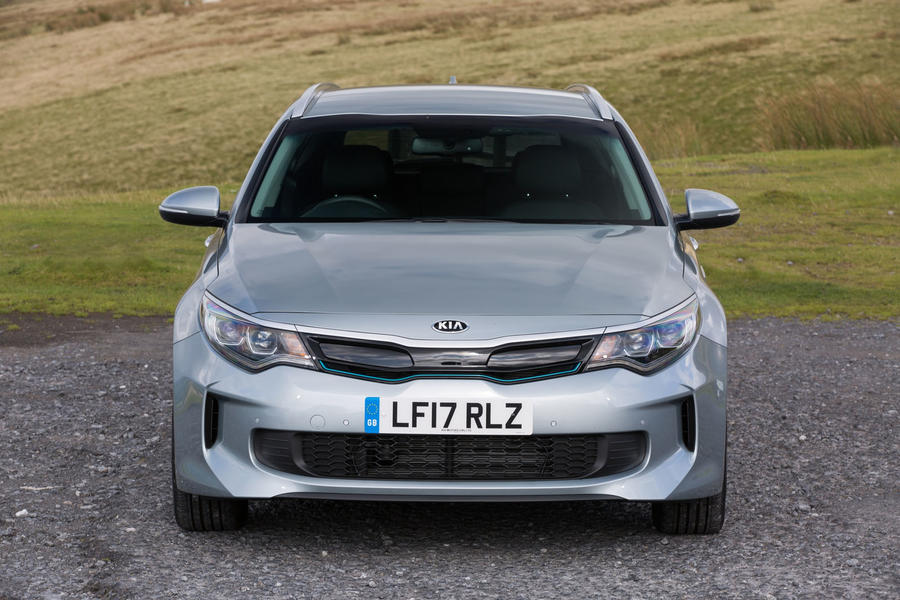 and you're probably right too.

"The Optima Sportswagon PHEV's good bits really are very good, but its bad bits are too conspicuous to warrant a more generous rating. "

not that I will ever drive one of these, but the 3.5 stars seems fair.  a big price ticket. Should make an excellent taxi once uber recover.

201mpg hohohohohoho, maybe with the pope driving it in a vacuum.

I just thought the bad bits

I just thought the bad bits mentioned seemed irrelevant in a car like this.

I just thought the bad bits mentioned seemed irrelevant in a car like this.

They are, but this is Autocar, a magazine for real wheelmen.

Shame you couldnt confirm the electric only range or give economy figures during your drive. So it isnt an amazing driving tool, which kia is? It sounds better than just competent and as such probably deserves a more generous rating as the impression I get from the review is its shortcomings which would be relevant in a sports car or hot hatch are largely irrelevant in a phev estate car.