From £18,2958
Kia's Golf rival is growing up, as its petrol variant looks to topple European stalwarts from their long-held high perches
Open gallery
Close

This is the new, apostrophe-free Kia Ceed, with a petrol engine.

Kia’s gunning for the Volkswagen Golf with the new Ceed, and it shows. Just take a look at the interior, where there's not a hard plastic in sight – at least where you regularly touch, anyway.

Getting into the finer details, the 1.4-litre turbocharged petrol version is aiming squarely at the Golf’s 1.5-litre TSI Evo variant, as well as downsized versions of other mass-market family hatchbacks. Kia’s aspirations of a more premium position mean the Golf is in the crosshairs, though.

In £25,750 First Edition trim, it’s no bargain alternative, but it comes laden with tech and numerous option boxes ticked as standard. You’d be hard pushed to point it out from a regular Ceed, with no badging or shouty features signifying its First Edition status.

It’s the petrol motor under the bonnet that matters most, however, because this is the first time we’ve driven the 1.4 in the UK. 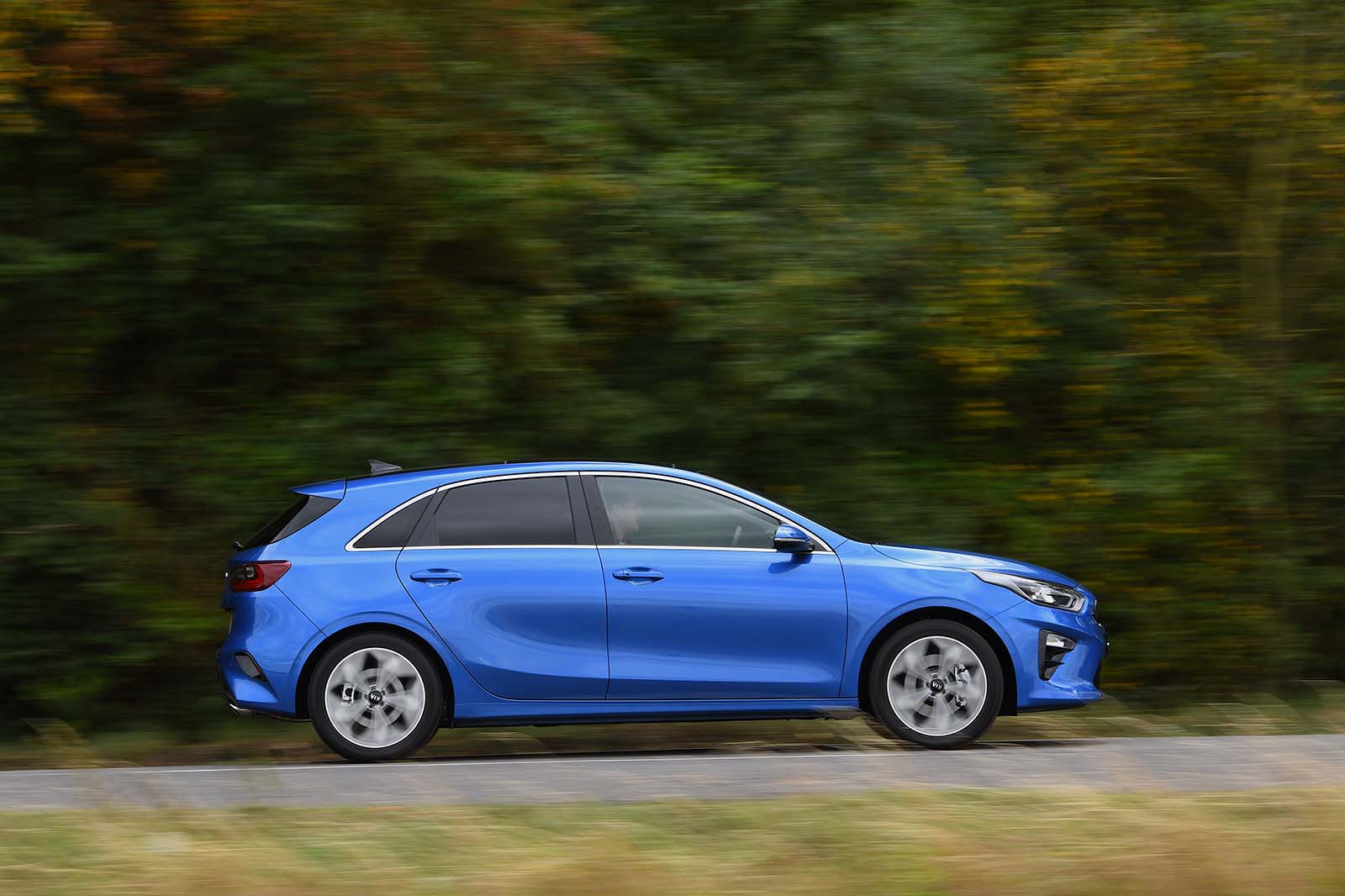 This car is competent. Fiercely so. It’s one of the more inspiring hatchbacks to drive, with nippy, direct steering that’s nicely weighted, if a little numb around the centre. There’s a lot of grip to be taken advantage of, and the engine note is surprisingly sporty.

Power delivery is less lumpy than that of other downsized engines, although a more immediate throttle response or bigger delivery of power low-down in the range would benefit the car greatly. As it is, there’s a pause under acceleration that’s about 50% too long to not be frustrating.

It’s a smooth engine, though, and virtually no vibrations from the engine make it through to the interior, while the only engine noise that seeps through is easy on the ear. At motorway speeds, the engine is hushed, and there’s less road roar than many competitors, making it impressively quiet when at a cruise.

Unfortunately, Kia still hasn't quite got the ride right. There's a fidgetiness that the brand can’t seem to shake at motorway speeds. Smaller dips and joins are noticeable where others would absorb the disturbance, while larger bumps are impolitely loud. Anything between 20mph and motorway pace is decent - well damped, comfortable and smooth - but things get a little clunky below that speed. The 17in wheels of our test car likely didn't help.

Interior niggles keep the Ceed from worrying the Golf too much; the infotainment needs some ease-of-use lessons from Wolfsburg, although it’s easy to see that considerable effort has gone into the button layout to make things as intuitive as possible. 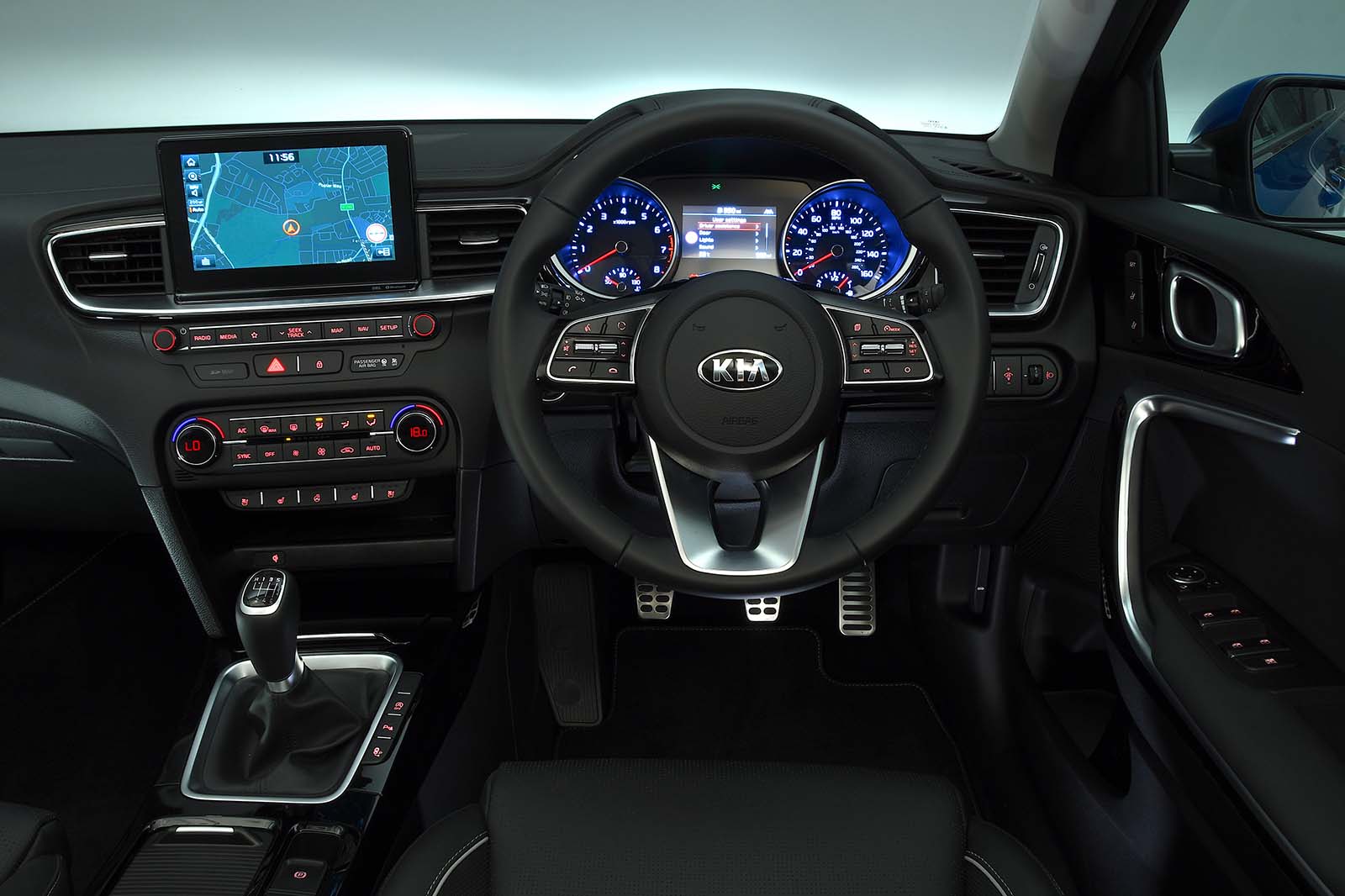 Depending on what else you’re considering, the Ceed should definitely be on your shortlist. Although it's not class-leading, it’s not far off the mark in many areas.

The ride is the car’s biggest major flaw; it’s not hot hatch-hard, but it’s bumpier than it should be and easily disturbed by ridges in the road. In a car with fewer and fewer faults each time it returns, that’s a conspicuous one.

With petrol now the mainstream option, rather than an alternative to diesel power, it has good points from both worlds: an ability to crunch miles in relative peace and quiet, as well as to return low running costs. Kia claims 48.7mpg on the WLTP test cycle, which was easily approached on our test route with little conscious effort to go easy on fuel.

Perhaps the ride is the inevitable trade-off for that confident handling. But several rivals with a greater number of stars after their name don’t ask you to choose between comfort and a decent drive. 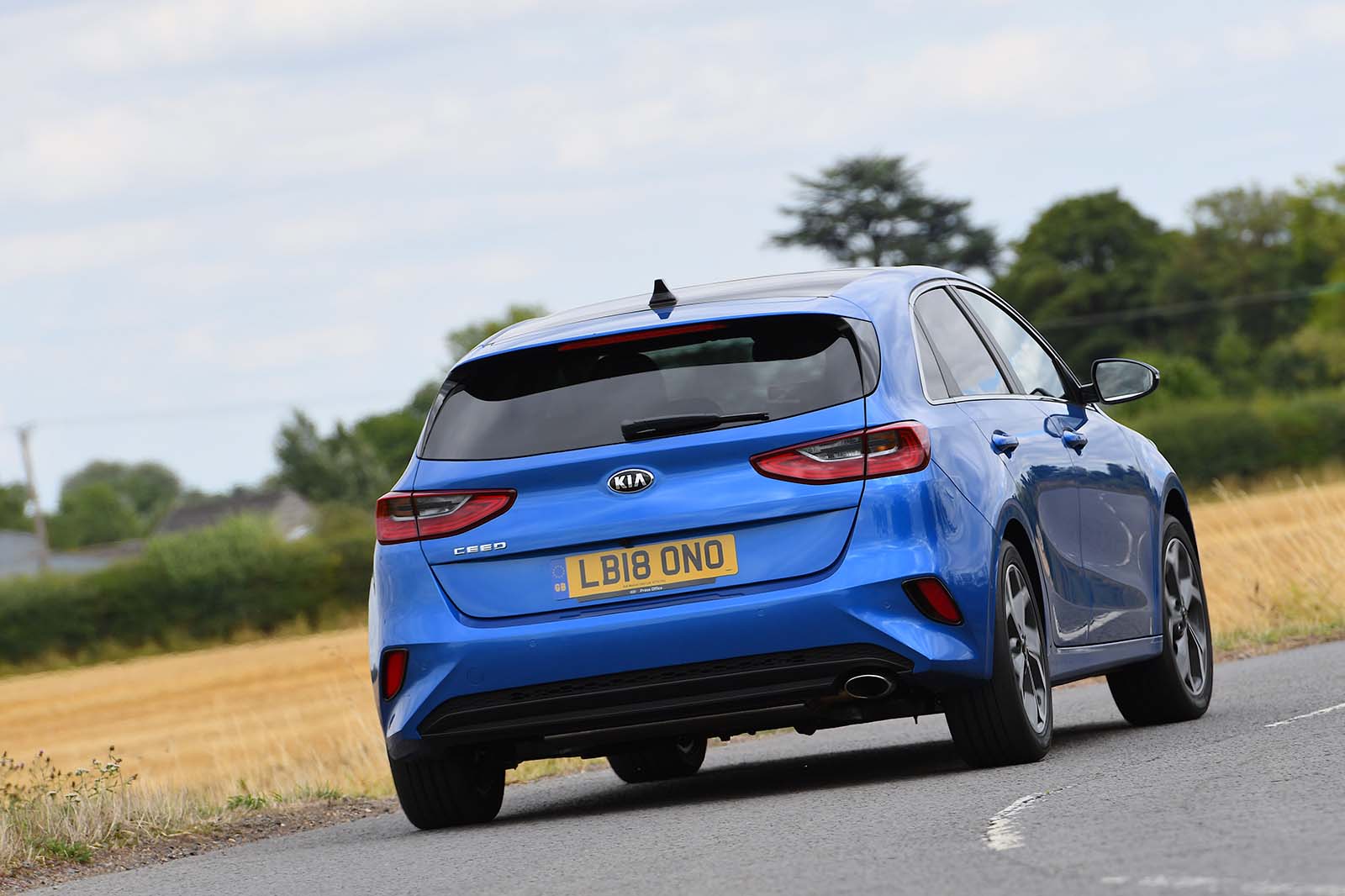 Yes, yes they have, not to be laughed at now, seem to drive fairly well not top notch but good enough for most.

Interesting to find out

how it rides on smaller wheels, they look pretty big in the photos. If that fixes the ride then could we be looking at a four and a half star car? That would be up there with the best.