From £27,0658
Athletic compact saloon is given what’s likely to be its final shot in the arm
Open gallery
Close

The future looks bleak for the XE, and when Jaguar goes electric-only in 2025, it’s likely that this saloon will disappear forever from its line-up.

Not that this has prevented the car from being updated for 2021, including one revision that might redefine the way you view Britain’s answer to the BMW 3 Series in the limited time it has left.

Among the changes is the adoption of Jaguar Land Rover’s new Pivi Pro infotainment, which in the XE goes without the large glossy display found in the refreshed XF and F-Pace but does possess the same slick graphics and intuitive, responsive menu layout. This alone is an enormous improvement.

There’s then also a new 201bhp 48V mild-hybrid diesel powertrain, which is rated at almost 60mpg and helps to address one of the XE’s main failings: high official CO2 emissions.

Neither of these additions is the game-changing one, though; that’s Jaguar’s decision to hack roughly £5000 from the XE’s asking price. It means this example, the rear-driven P250 turbo petrol in R-Dynamic guise – which sits between the lower-powered D200 mild-hybrid diesel and the range-topping, four-wheel drive P300 and is probably the most enticing XE for keen drivers – costs from just £31,010. Which is less than Volkswagen asks for the Golf GTD.

Okay, parts of the interior still don’t exactly feel cutting-edge, rear leg room remains the XE’s Achilles’ heel and either the new motor doesn’t quite make the claimed 247bhp or the kerb weight is somewhat more than the stated 1536kg, because acceleration only just qualifies as being brisk.

But the elegance in the steering and the handling balance make the driving experience uniquely sweet and thoroughbred in feel at this price.

In the end, an M Sport 3 Series is still more modern and agile in feel, with quicker steering and finer body control on your average B-road, where the passive suspension of the XE permits a little more roll and float than you might be expecting. It’s less clinical in general. 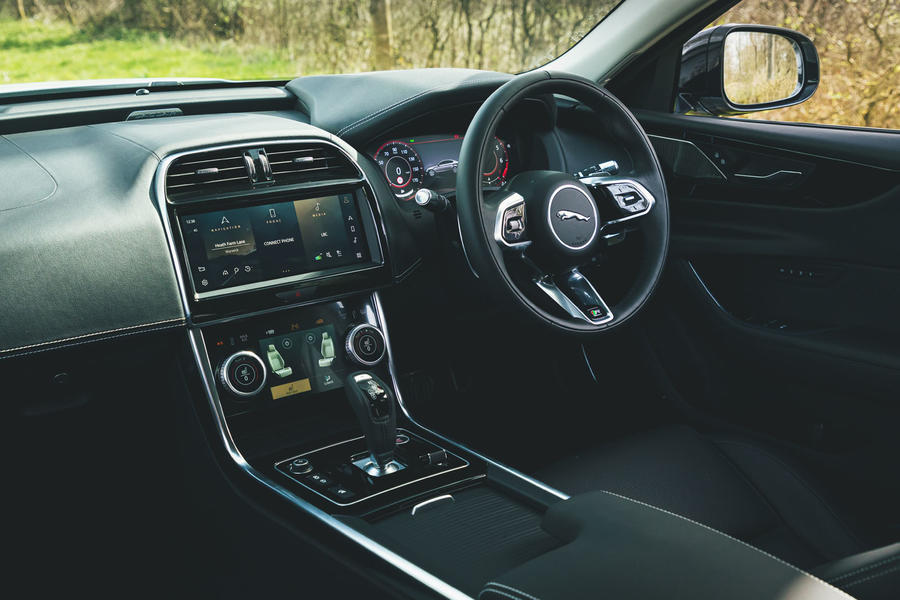 However, its character and gait hail from an era when cars were more expressive at realistic speeds and more naturally throttle-adjustable.

Combined with a predatory design and long-distance comfort, this XE is an awful lot of car for the money. 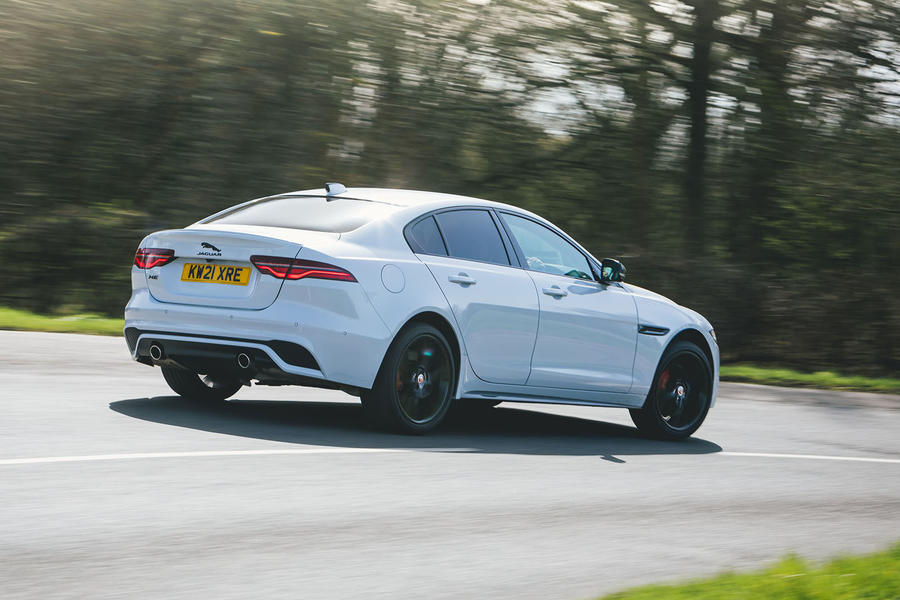 Why do Autocar keep praising German cars? Its about time you praised UK engineering, especially Jaguar.

Don't like depreciation?, don't buy new then!, always been that way, the first owner takes the hit come trade-in time, it's all about buying a car with as near to the spec you want, that's the caveat, you sometimes might have extras you didn't want.

have you seen the depreciation on Bmw 3 SERIES AND AUDI A4 c class I think it is worse than the Xe and XF they should have had more legroom and estate options from day 1 not just the Xf after 2 or 3 years.everyone seems to go for crossovesr and suv's