At first sight the new 2019-model-year Jaguar XE 300 Sport, the model’s new performance flagship, looks a lot like the Jaguar XEs we’ve been seeing on UK roads these past three and a bit years, only quite a bit cooler.

The sleek, compact outline is familiar but there are attractive new side-sills in a tasteful semi-matt grey also used for the grille surround, the side vents, the exterior mirror caps and the rear valance, giving the car an unshowy but very businesslike appearance. The wheels are grey, too: 19-inchers as standard but optional 20s on our test car. Get closer and you’ll spot bright new '300 Sport' badges on grille and bootlid.

Jaguar is reverting to four-cylinder power for its XE sporting flagship mainly because V6-powered XEs are no longer offered following the arrival of tougher emissions laws, but it’s no disaster. The 300 Sport gets a twin-turbocharged 296bhp version of the 2.0-litre four-pot, whose installation delivers a weight saving of around 40kg compared with the old V6 (all of it over the front wheels, which aids the 300 Sports’s handling balance).

The 296bhp engine is familiar from Jaguar’s entry-level F-type sports car and the 300 Sport’s performance is very similar: it will hit a governed 155mph and sprint from zero to 60mph in a brisk 5.4 seconds, with the eight-speed paddle-shift auto.

The XE 300 Sport comes with a standard all-wheel-drive system and, naturally for a sporting Jaguar, it has had its own chassis development programme orchestrated by driving guru Mike Cross, who signs off every new model for 'Jaguarness' and joined us as we tried the new car on challenging roads in central Wales, specifically chosen for their variety of corners, surfaces, slopes, cambers and humps that test every nuance of a car’s dynamics. 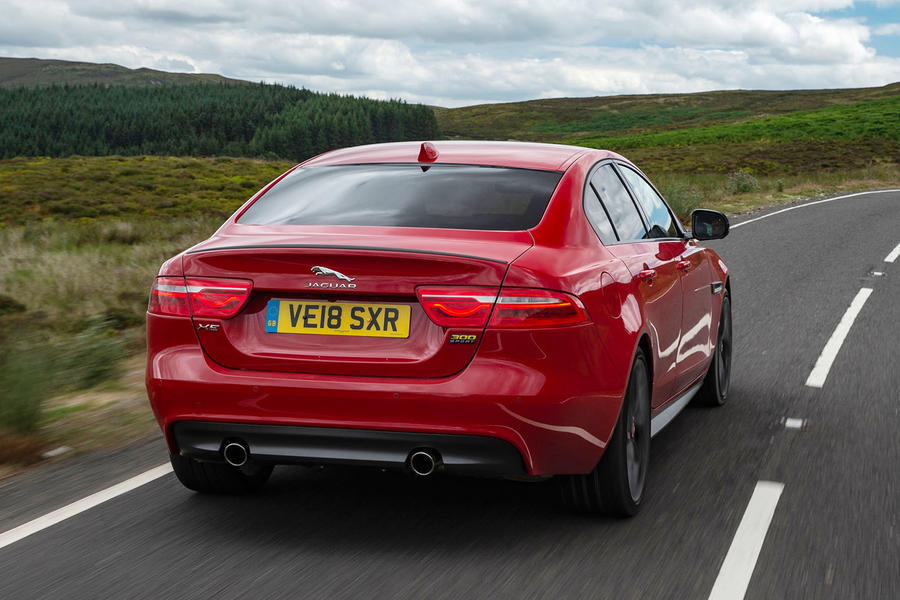 The Sport 300 draws influence from other Jaguar Sport models, what with its special badging on the headrests and steering wheel, and its black-themed upholstery and interior trim, given a sporty character with striking yellow stitching. The driver’s seat is low and comfortable, with decent side bolsters for the semi-sporting seats, another echo of the Jaguar F-Type.

What strikes you first when you start to drive is this car’s versatility. It eases away from the mark with the silent aplomb of a shopping car. In effort and gearing its electric power steering is ideal for manoeuvring neatly through traffic and the low-speed ride is supple and impressively quiet.

When you’re really moving, the 300 Sport still copes brilliantly. The route we drove was pock-marked one minute, silky-surfaced the next. Even pulling serious speed, the car was still all about stability, precision and deeply impressive cornering grip. There were places where the adaptive dampers worked better in Dynamic mode for best body control, but most of the time Comfort was the choice.

The steering is perhaps the 300 Sport’s best bit. It is very accurate and ideally weighted for every driving condition we encountered, rim effort increasing slightly as cornering force built, but never to become intrusive.

Despite the impressive performance claimed for the 300 Sport, it doesn’t feel explosive under your right foot. It’s best to select the Sport transmission regime for serious driving, and even then there will be times when the car will go that much better if you pull it back another ratio on the paddles. The performance is there, but needs help to be revealed. 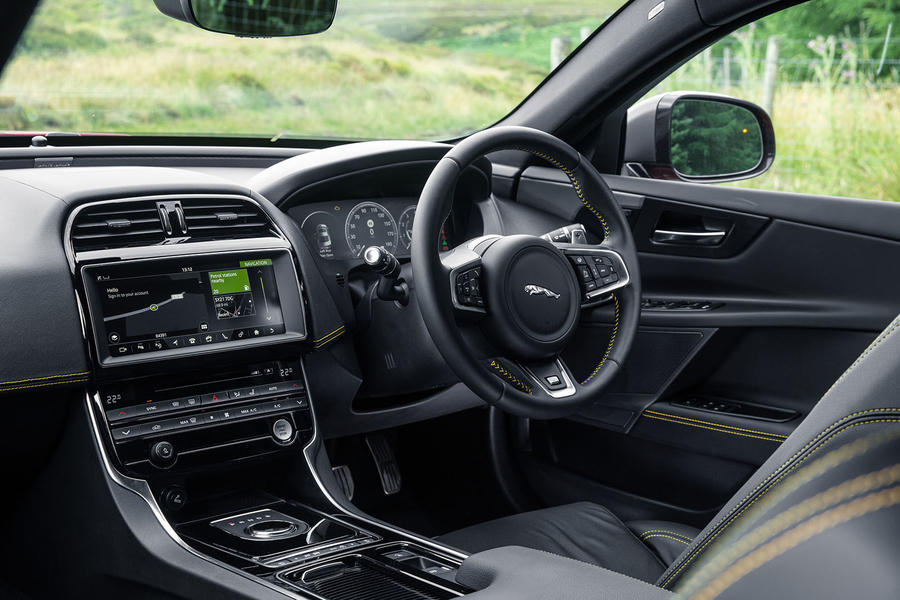 The finest thing about this car is the way it flows down any road. Point it at any piece of road of any condition and it’ll cope as if specifically engineered for it.

Mike Cross calls the 300 Sport “a real Jaguar” and he should know.

It’s certainly the best-driving Jaguar saloon I’ve been in for years, and the fact that pricing starts at just £45,640 (only about £14k more than the cheapest Jaguar XE money can buy) just makes it better. 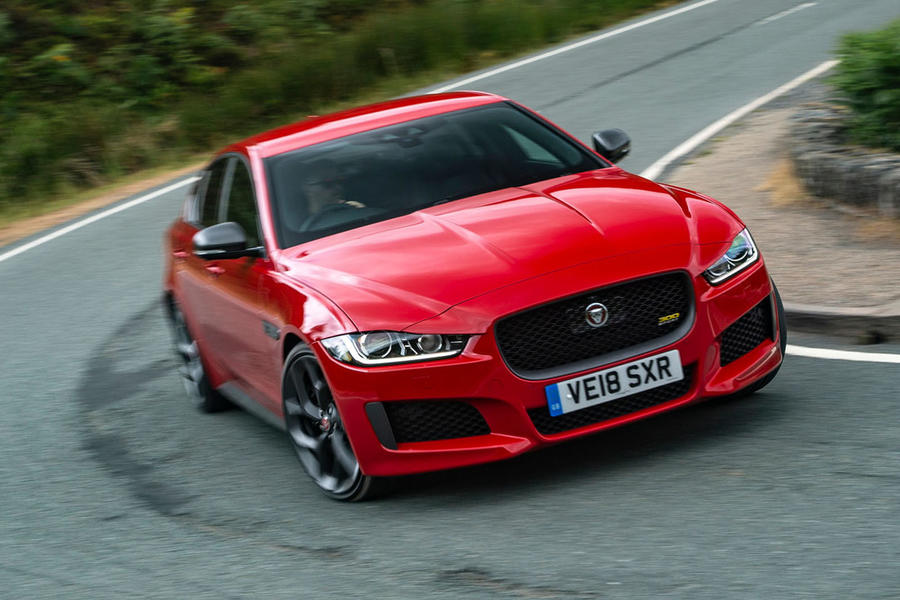 I wonder how long JLR will go on before cutting all the saloon lines (XE/XF and XJ) and just a line of small, med and large SUVs based on its Range Rover siblings.

Hard to see how JLR is making money on any of its saloon models.

I wonder how long JLR will go on before cutting all the saloon lines (XE/XF and XJ) and just a line of small, med and large SUVs based on its Range Rover siblings.

Hard to see how JLR is making money on any of its saloon models.

Hardly surprising when it looks like a hybrid of an E90 3 series and an Audi A4 - why have a copy when you can have the real thing ?

Adaptive shocks are £850 extra on the Jag as are thise wheels keyless entry decent stereo pro nav etc.takes it to 49k. Btw its not a twin turbo.

Adaptive shocks are £850 extra on the Jag as are thise wheels keyless entry decent stereo pro nav etc.takes it to 49k. Btw its not a twin turbo.

and not sure if the

the silly / gaush 300 badges are in the best taste.