From £12,9357
On-trend SUV styling and a hybrid powertrain only broadens the appeal of Honda's small car
Open gallery
Close

The rise of the SUV is being felt everywhere, even in the Honda Jazz. While the all-new fourth-generation Honda Jazz might be a fairly predictable evolution of the most steady of superminis in its standard form, Honda has broadened the range to include this new Crosstar version. Think Ford Fiesta Active and Audi A1 Citycarver and you’ll have the idea.

The Crosstar has all the SUV-like soft-roader features you’d expect, including an increased ride height, black body cladding for the sills and wheel arches, and roof rails. There are also 16in alloys and a bespoke front grille design and, for the interior, water-resistant upholstery.

It is only available in top-spec EX trim (coming in at £22,635, £1250 more than the equivalent top-spec Jazz EX on which it is based). Being something new in perhaps the most conserative car range on sale, the Jazz Crosstar is expected to be a niche seller but still part of widening the appeal of Jazz, and destined to be followed by more Crosstar Hondas in the future. 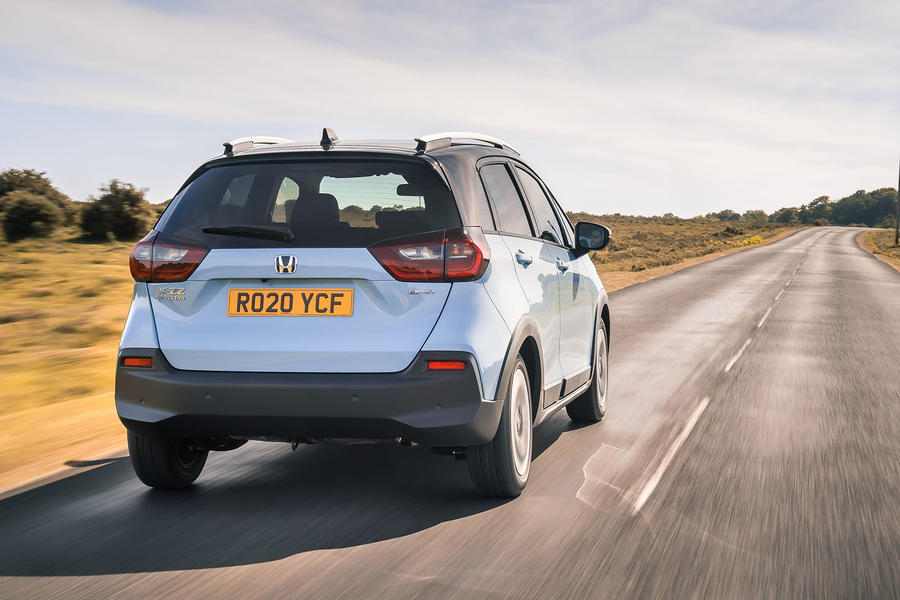 Given the minimal changes, there’s little surprise to find the Jazz Crosstar performs in such a familiar way to the standard supermini on which it’s based.

That includes the drivetrain, the sole choice on the car being a 1.5-litre petrol-electric hybrid with twin electric motors and a fixed gear to drive the front wheels. Response is impressive from the drivetrain across the rev range thanks in no small part to the large amount of torque on offer (187lb ft peak combined across the system), although any enjoyment is spoiled by the drone the system makes under anything but the lightest of throttle loads.

Still, economy is impressive (we saw more than 50mpg on our mixed-roads test route), and the performance is an unexpected boon in a car not known for setting pulses racing.

The Jazz Crosstar is marginally larger than the standard Jazz - height increases 30mm to 1556mm, width goes up 31mm to 1725mm, and length is boosted 46mm to 4090mm. The ride height itself goes up 37mm thanks to a marginal increase in suspension travel.

Does this help improve the low-speed ride issues that plague the standard Jazz? It’s marginal if they do, and you’d really need a back-to-back test on an identical road to really tell any difference. The long and short of it, then, is that this is still a car that can crash over broken surfaces while displaying impressive body control at higher speeds, along with safe, predictable handling and nicely weighted steering.

The interior of the Jazz Crosstar is also familiar from that of the standard Jazz, save for those wipe-clean seats and also an uprated sound system. It’s a cabin that’s pleasing enough on the eye, with nicely laid-out controls and a slick enough infotainment system controlled from a dashboard-mounted touchscreen that supports Android Auto and Apple CarPlay. Perceived quality is improved from the previous Jazz, although you don’t have to hunt too far for hard black plastics, and the larger new windscreen, while great for visibility, is also a magnet for glare from the big expanse of black plastic on top of the dashboard. 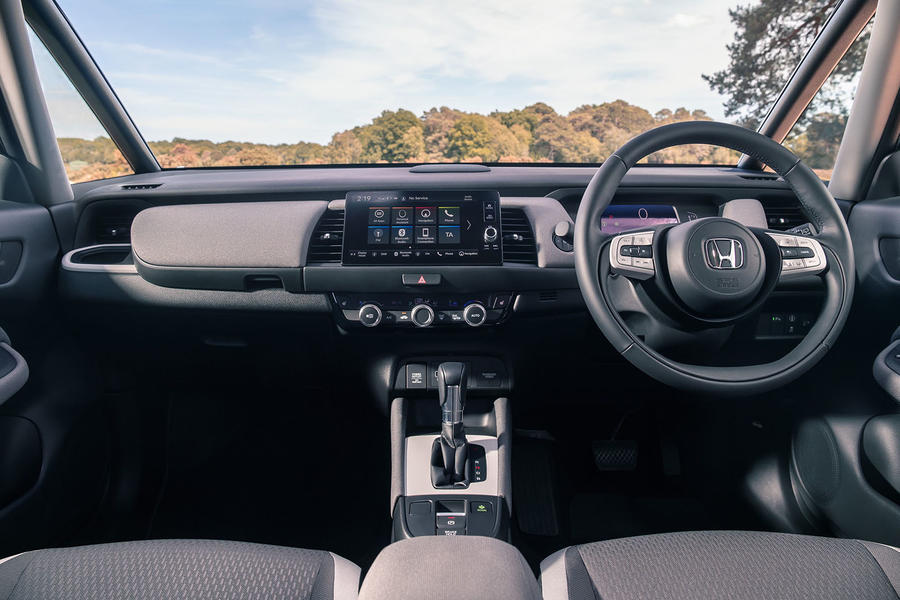 The appeal of the Jazz range has been broadened in the most Jazz-like of ways in this new Crosstar version. The baby hasn’t been thrown out with the bathwater in its creation, meaning all the good (and bad) of the standard car remains, with a little bit of extra rugged appeal thrown in - albeit any enthusiast appeal left firmly behind. 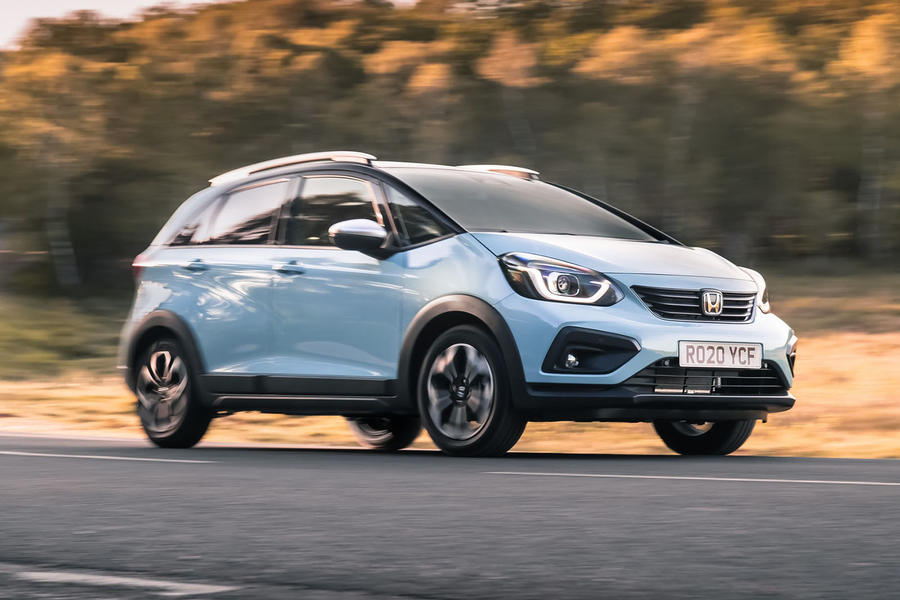 So an extra 37mm of ride height to play with and still a poor ride. Well done, an incredible level of incompetence. I reckon a week  with a competent specialist could have given the shocks and correct spring rates to Honda .  Surely luring an engineer from Ford would not be beyond Hondas means, as they sure have run out of ideas themselves.

Drive it and make your own mind up. They cant get the price right at the top so I wouldn't rate their opinion too highly

Honda where did it go wrong?

Whilst I m no fan of the SUV and fake SUV craze, MGRover actually did us a favour - jacked up hatches/fake SUVs are more a  bit more efficient than real SUVs so if they hadnt invented the jacked up hatch/fake SUV people would have bought loads of real SUVs instead and therefore caused a whole lot more pollution