6
Formula E-inspired makeover gives the 9 slightly less of a luxury brief, but is it enough of a performance car?
Open gallery
Close

The original Citroën DS was always a great car looking for a decent engine. Backed by the might of PSA and latterly Stellantis, that’s less of a problem for today’s DS models. A charismatic six-pot would be a bit much to expect, but in the electric and hybrid era, power is at least relatively easy to come by.

DS is positioned as a premium brand, supposedly a French alternative to Mercedes, Jaguar and Lexus. Regardless of whether it actually has that cachet, a premium brand deserves a powerful range-topper, so DS has rummaged in the Stellantis corporate parts bin and found the 355bhp plug-in hybrid drivetrain from the Peugeot 508 PSE (although the engineers are quick to point out the battery comes from a different supplier).

That means a 1.6-litre four-cylinder petrol engine with 197bhp aided by one 109bhp electric motor driving the front wheels through the eight-speed automatic gearbox, and a second 111bhp motor on the rear axle. We like the quick 508, even though the powertrain isn’t big on driver engagement.

For the DS 9, a car that has to provide effortlessness rather than engagement, that shouldn’t be an issue. The real question is whether it is worth the premium over the already pricey standard car. The E-Tense 225 costs £46,100, but the range-topping 360 bumps that up to £54,100. In range-topping Rivoli+ trim, that rises to £57,200, which is dangerously close to the six-cylinder BMW 545e.

It’s not just the powertrain, though. Part of that hefty price comes from the way the 9 360 is made. All 9s are manufactured in China, and that includes the 360. However, it gets a rather more bespoke treatment than its lesser brethren. The 360 starts out life as a front-wheel-drive-only 225. It is then shipped to DS Performance’s workshop in Poissy and turned into a 360 in the same workshop that prepares DS’s Formula E racers. There, it gets its electrified rear axle, bigger 380mm front brakes, lowered and stiffened suspension and longer wishbones for a wider track (24mm at the front and 12mm at the back). 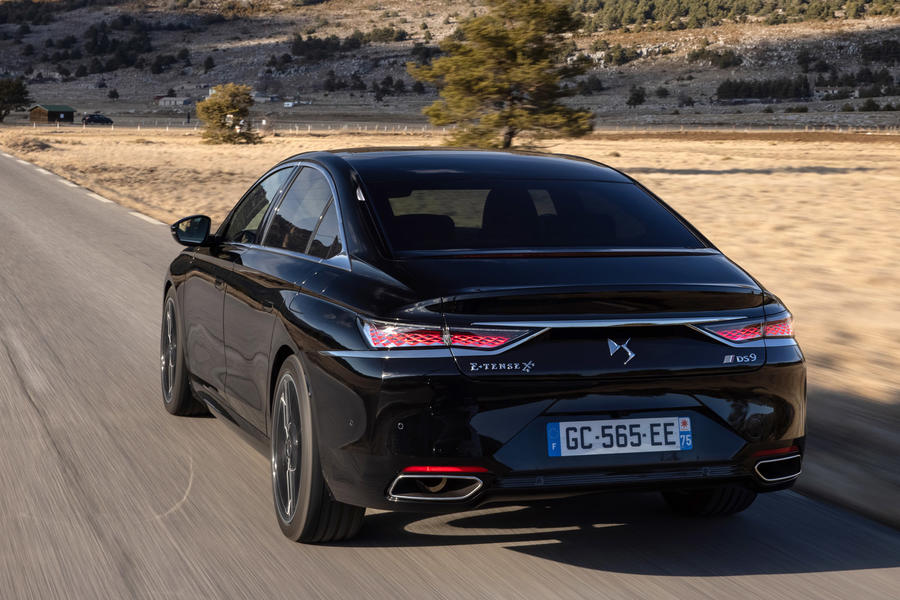 That boutique origin story is quite appealing, but the car still has to justify its price on the road and that’s where it gets difficult for the 9 360 4x4.

Don’t get me wrong: there is plenty to like here. The interior, whether in Alcantara-heavy Performance Line+ or leather-lined Rivoli+ trim, convinces with material richness, build quality, original design, neat touches and solid ergonomics. What’s more, at a cruise, it is exceptionally quiet and the ride is fluid, making this an effortless long-distance cruiser. The plain E-Tense 225 also fits that description, but the 360 now has the grunt to hold its own at higher speeds.

With the wider front track and added rear drive, it also loses the standard car’s understeer-biased steady-state limit handling to some extent. In Sport mode, the rear motor will pitch in and the adaptive suspension controls the body quite tightly. This isn’t a interactive car per se – the slow and light steering sees to that – but the chassis isn’t going to hold you back on a twisty road.

What will is – ironically, for the fastest version – the powertrain. Despite their often impressive peak power outputs, plug-in hybrids are usually at their best at a gentle canter. When you demand full power, you’re still stuck with a small engine having to work hard. Admittedly, the 9’s 1.6 doesn’t sound too strained, but it’s certainly no songbird, either.

What’s more frustrating is that the gearbox, despite its smooth and alert behaviour in gentle usage, has a mind of its own. While there are paddles, there is no fully manual mode, and that gets frustrating quickly because it’s never in the gear you left it in. Letting the gearbox sort things out by itself isn’t a solution, either, because when you try to power smartly out of a tight corner, it needs a moment to select a lower gear, and by the time it’s done that, you’re well clear of the corner. The result is rather staccato progress.

The 9 360 is at its best either cruising on the motorway or tackling a twisty road by leaning on the generous grip reserves and low-down torque, being careful not to trigger the kickdown. In itself, that’s fine, and DS does describe it as a grand tourer and not a sports car despite the DS Performance branding. However, it’s when you try to access the additional power and chassis sharpness that are unique to the 360 that it starts to fray at the edges.

That makes the added value compared with the E-Tense 250, which will join the range in April and effectively replace the E-Tense 225, fairly limited. And as that is £7000 cheaper, has an even more isolated ride and a longer electric-only range (and resulting lower company car tax), the mid-range car feels like the sweeter deal. 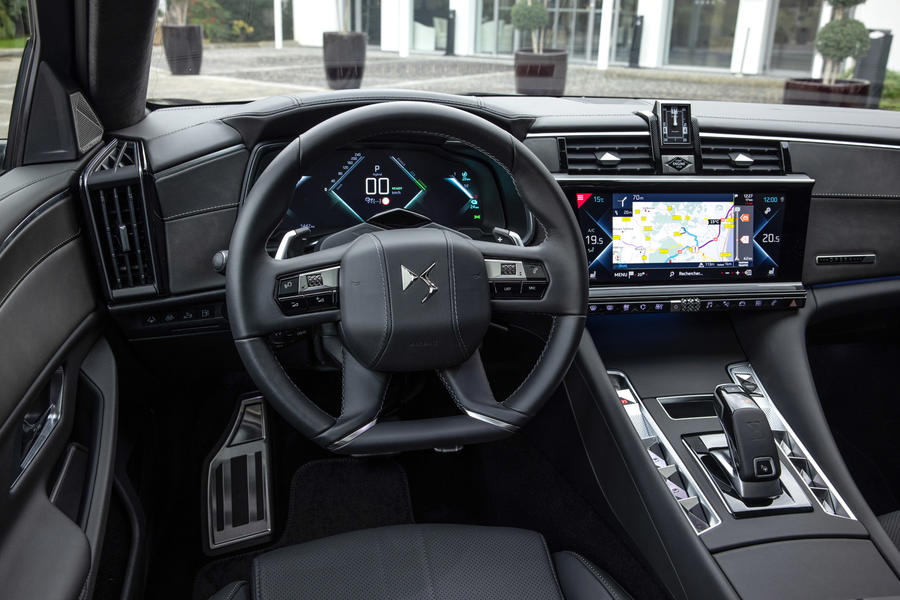 The DS 9 – irrespective of the version – is the individualist’s choice, the car for those who don’t want a BMW 5 Series or Mercedes E-Class, simply because. It charts its own course, trading overt sportiness for an arguably more relevant focus on comfort. And it’s all the better for it.

There’s no reason a dose of extra power should be at odds with that, but in the case of the 360 4x4, it doesn’t present the added value it probably should. Likewise, the slightly timid nods towards driver engagement neither ruin nor transform the 9: they just muddy the waters of what it’s supposed to be. 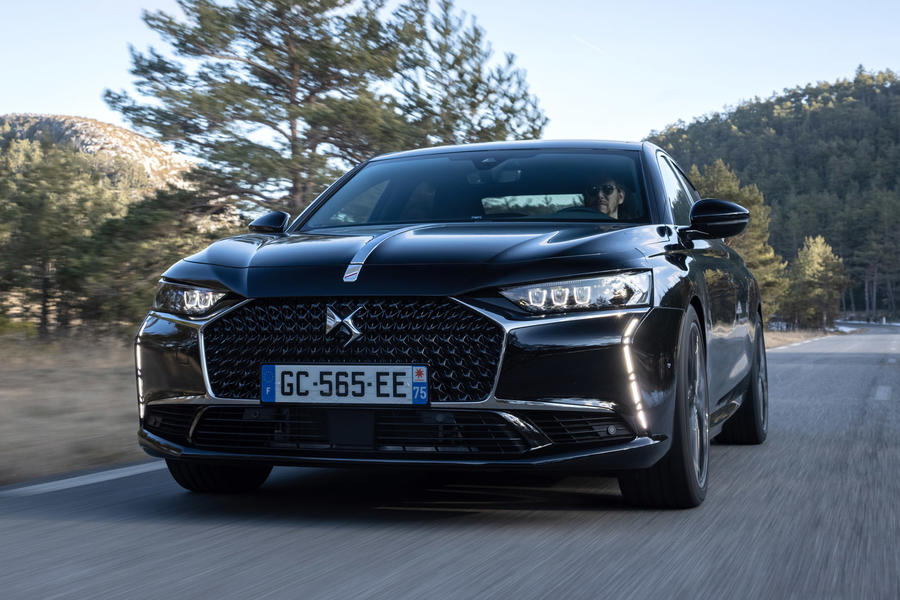