An answer for those who thought that the existing Challenger SRT Hellcat, and its 697bhp 6.2-litre supercharged V8, was a little tame. The Redeye uses most of the same mechanical package that was fitted to the limited-run SRT Demon which was offered in the US last year for amateur drag racers, and which proved capable of turning in sub-10-second quarter miles.

The Redeye has slightly less power – 786bhp against the Demon’s 829bhp – but is able to produce its peak output using regular US-grade 93-Octane petrol rather than the 100-Octane the brawnier car demanded. Both use the same upgraded supercharger and have engines with strengthened connecting rods, stronger pistons and an upgraded lubrication system.

It is definitely not a lithe sports car, with both sides of the Redeye’s power-to-weight ratio being almost equally well stacked. On Dodge’s numbers it weighs 2050kg, yet is still claimed to be capable of both a 3.4sec 0-60mph time and a top speed of 203mph. 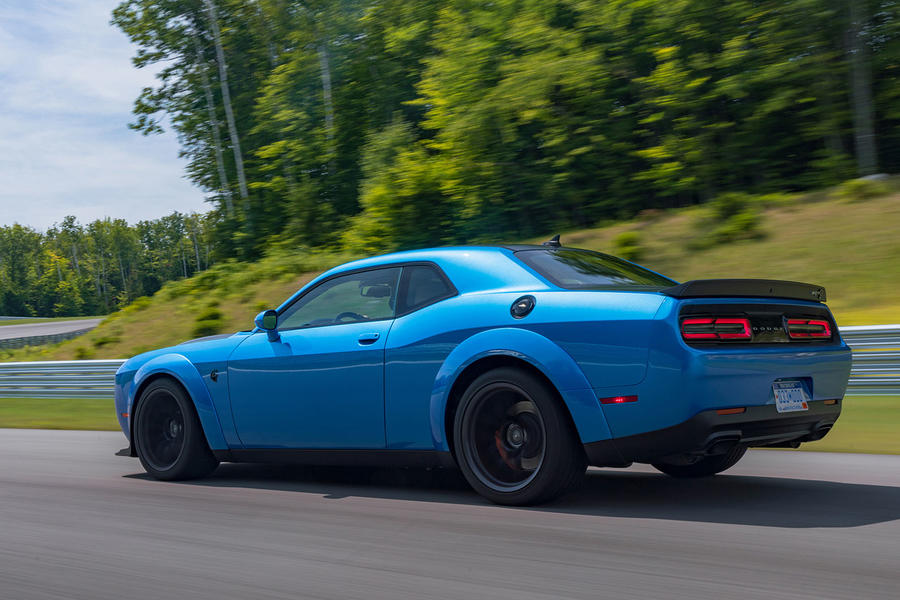 As ridiculous as you would hope and expect it to be. At everyday speeds, the Redeye is actually pretty civilised for something with such outlandish statistics. The ride is pliant at low speeds, if a little under-damped, and the light-feeling steering is accurate and free of slop.

Cabin materials feel (and smell) cheap, but it seems well screwed together and, although old-fashioned, the simple design suits the car’s complete lack of pretension. From the driver’s seat, it is often hard to remember just how much cartoon aggression the steroidal styling is projecting, especially in the Widebody, which has chunky arch extensions to cover fatter tyres.

The glove might not be silk, but there’s definitely an iron fist inside it. Push beyond the top inch or so of the throttle pedal’s long travel and the Redeye’s character changes, exhaust note hardening and thrust turning immediately serious. Push harder and it just gets progressively angrier, especially once the supercharger starts to add its wail above 3000rpm. Well before the pedal reaches the floor your brain will be telling you the Challenger is giving its all, but there is more to come. Fully unleashed, the car can spin its speedometer in a way that’s reminiscent of a sports bike, with some truly startling figures arriving amazingly quickly.

It’s very important not to be distracted by the numbers, nor the way the scenery is blurring in the side windows. Try to slow, or turn, the Redeye and you’re left in no doubt of the very considerable forces at play here; it’s alarmingly easy to find yourself approaching a corner carrying way too much speed. Because while the Redeye copes with bends reasonably well, there’s no question they aren’t its forte. Especially as sending any significant amount of torque to the rear axle in a slow turn sees the stability control effectively abrogate responsibility.

Even with everything fully switched on, the Redeye slithers and slides to rakish angles under power. This was on dry Tarmac: in the wet, I expect the amusement of such low-speed antics would become more alarming.

The Redeye has a launch control system designed to maximise drag strip performance, but it is also possible to fully disable the traction sentinels – in the same way you could choose to wrestle a bear. Fully unshackled, the Redeye vaporises its rear tyres off the line, although easing the throttle slightly did persuade it to hook up. It’s not the most effective way to deploy its huge performance, but it’s certainly fun. 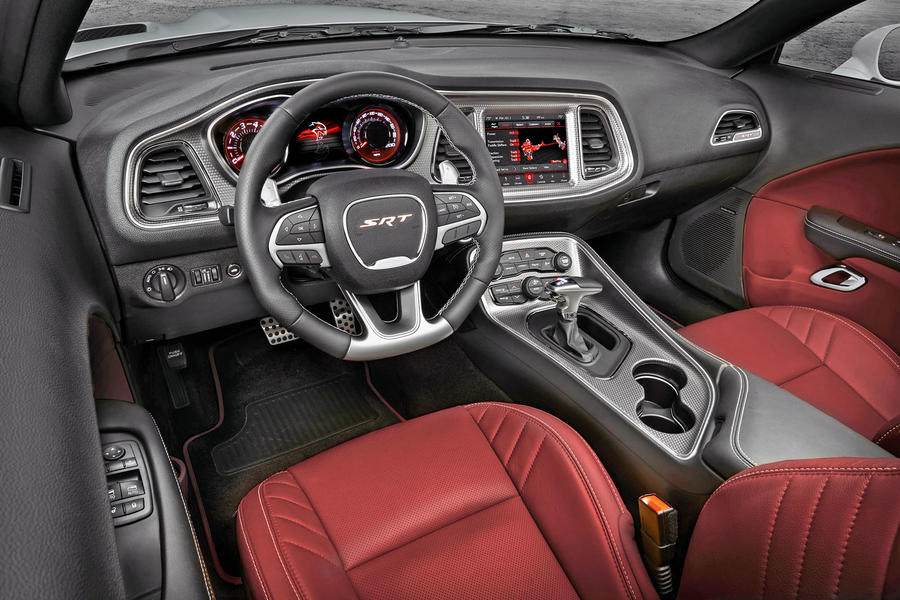 There will likely be a limited number of parallel imports from the States, but Dodge has given up on the UK and there is close to zero chance that the Redeye will ever cross the Atlantic through official channels.

In the US, it makes a strong bang-per-buck case for itself; the standard Redeye costs almost exactly the same as an Audi RS5 but has close to twice the power, although the Widebody carries a $6000 supplement.

The Challenger is getting old – it’s 10 years since it first went on sale – and lesser versions are rapidly falling into obsolescence. SRT versions like this still provide plenty of marketing sizzle, though, and it’s hard not to see the appeal of this most muscular of muscle cars. 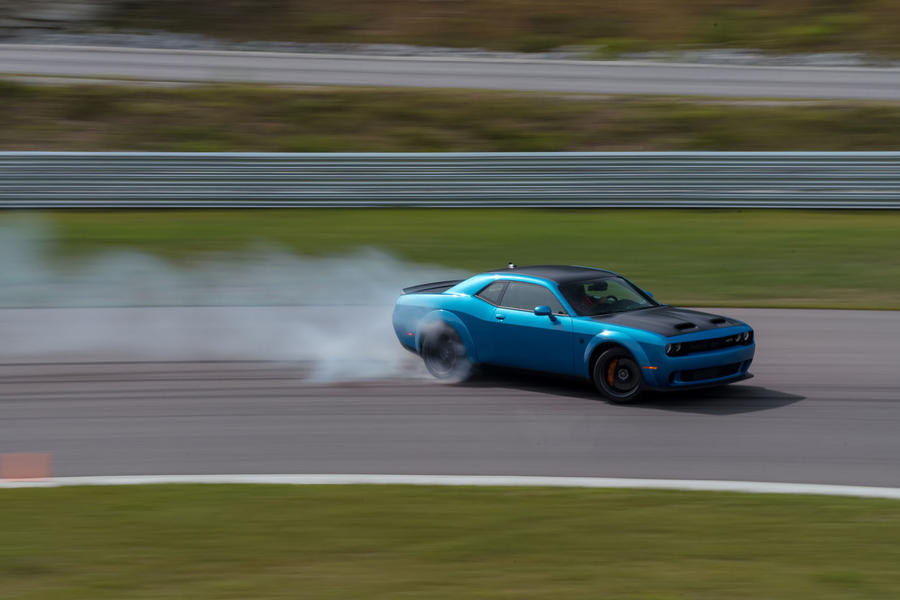 Very pleased to see no

This is a road car after all, and far more interested in raising neck hairs.

What a long name!

That’s all I wanted to say.

Saw the Demon up close at

Saw the Demon up close at Prescott on Sunday, the noise it made going up the hill was only put in the shade by the Nascar and Camaro drag car.  Neither of which are road legal.  Love it.