From £5,3456
New top-spec Sandero remains remarkable for its price, if not its driving experience
Open gallery
Close

The Dacia Sandero remains Britain’s cheapest car even after a £1000 price hike last year to £6995, but almost nobody buys that UN-spec version. When did you ever see a plain white Sandero with black bumpers?

That’s because even those at the very bottom end of the new car buying market are looking for a few creature comforts. The headline-grabber of the latest round of subtle revisions to the Sandero range is this new Comfort model, a range-topper that can be had with the optimum petrol engine, and all for less than £10,000.

Your £9795 gets you the kind of toys that most other car makers were using to promote small cars a decade ago, such as air conditioning, electric front windows and a trip computer, before active safety systems and ever fancier infotainment and connectivity features found favour.

The engine tested here is a Renault-sourced 0.9-litre triple in its 89bhp/103lb ft state of tune, hooked up to a five-speed manual gearbox. Also on offer is a naturally aspirated 1.0-litre triple with 72bhp and what has become an endangered species in small cars: a diesel unit, in this case a 94bhp turbocharged four-pot. 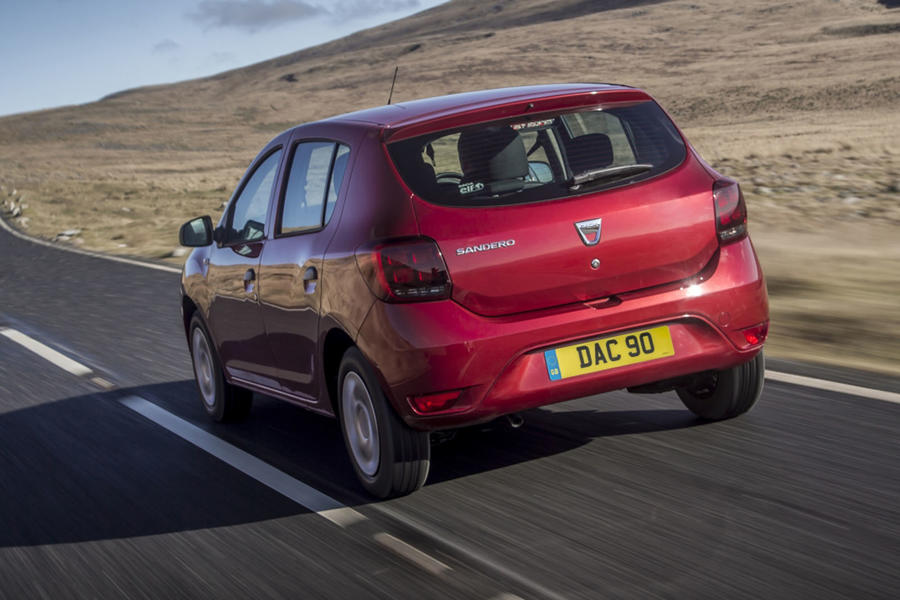 This may be the top-spec Dacia Sandero, but ‘top’ remains a relative term. The whole car is a bit like having dinner at Wetherspoon: you’re getting a meal out somewhere warm with a roof over your head and are in there because you’re happy to be, but it’s all in the full knowledge that others offer a better experience with the same ingredients. Yet they all cost more and you’re no less full up at the end of it.

So, the Sandero is almost wholly uncompromised in its ability to offer a new car and the associated experience at a bargain price. This Comfort version offers just enough of the aforementioned toys (think of it as like ordering some coleslaw and onion rings to go with your basic beer and burger) to stop you feeling like you’ve gone back to the 1990s, with the added bonus of a 7.0in touchscreen infotainment system.

The driving experience feels rooted in the ‘90s, though. The ride is soft, lacking in any sophistication, and has the tendency to get flustered and send the whole car wobbling when dealing with more than one bump in quick succession.

Corners? It goes round them. Leans around them, rather, before returning to an upright position. The only feel the steering has is the rather cheap feel of the wheel on your hands, which are further away than you want them to be, because there's no reach adjustment for the wheel. Which would be fine were it not for the rather awkward driving position that leaves your perched on the seat, higher than you’d like, too.

But then you remember the Sandero's price and a smile returns. You’re spending a huge chunk less on what is still a new car, your very own, uncorrupted new car; have you seen how much most other new superminis cost these days? Over 50% more than this top-spec Sandero for an entry-level version. Perhaps they’re 50% better, but you’re paying for it. The Sandero is still bigger than most other small hatchbacks, too, with plenty of space for passengers and their luggage.

And unlike a lot of quite homogenised superminis, there's character to be found in the Sandero. Not necessarily in the ways those again in marketing would want you to shout about, but the lack of refinement does bring with it a hearty sound from the small turbo petrol engine revving, aurally encouraging you to pedal the Sandero in the kind of way you probably did your first small car all those years ago. It sounds faster than it actually is.

There’s truth to be found in the economy, though, which is a real selling point of this car. You’ll get into the 50s for your mpg on a run, meaning a range of around 450 miles. So why would you need the diesel, which costs a good 15% more than this petrol version? You’d have to do a lot of miles over a long period of time to get that money back. 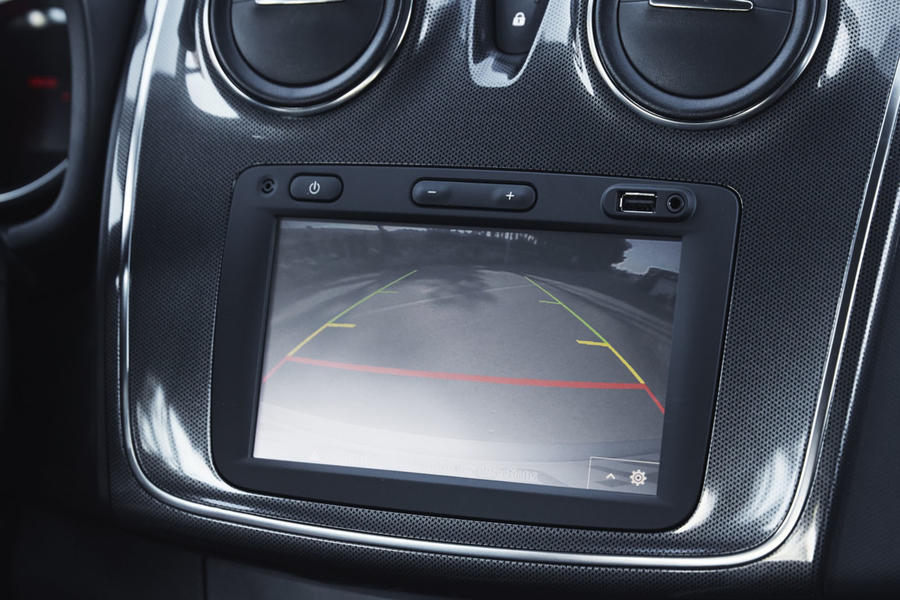 In reality, the biggest rival for the Sandero remains the various used cars you can buy for the same money. Ten grand will get you a better equipped and infinitely nicer to drive model, like a Ford Fiesta or Seat Ibiza, but it will be a year or more old.

You buy a Sandero because you want a new car for the price of a used one and the benefits of a warranty (three years or 60,000 miles in this instance).

Barring the kind of car that comes along not even once in a generation and both revolutionises and democratises the cost of a new car at this end of the market (something that’s highly unlikely with the march towards electrification and the tight margins small cars provide), the Dacia Sandero still has little corner of the market to itself. 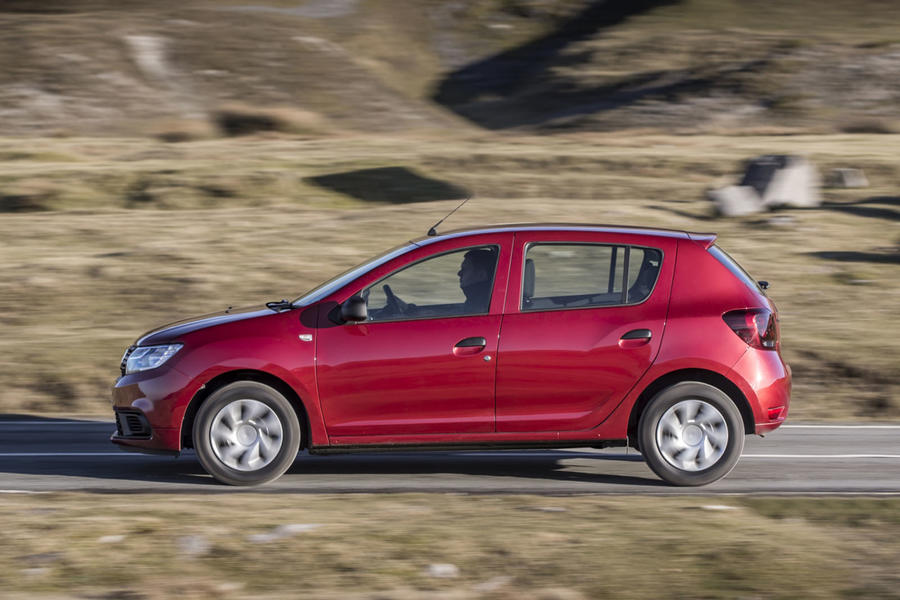 A Mercedes in poor clothes

Not with a 89hp output like this one. I think you are referring to the 1.5 116ps. Also a base model a class vs a top of the range Dacia. See your point all the same. Every other component is different though.

See a lot of these driven badly on the roads by failed people. While they are cheap, they sure do look it.

True for the hardware...

...however in today`s cars its more work is in the software, the adjustment engine to gearbox to more components.

You're right, this is honest basic transport with little to no frills and as such is so much the better for it, it doesnt pretend to be premium or classy or sporty it is just a cheap economical hatch with enough space and toys to be all you need, if not want. Doesn't need damning with feigned praise. It wouldn't be my choice as I like my cars to be a bit of fun to drive, maybe thats why the review reads a bit unfairly as autocar and its readers are usually interested in sporty or fun.

Hadn't finished, I have had

Hadn't finished, I have had cars that aren't classed as fun in these pages but I have still enjoyed driving them as I am a car enthusiast and can have driving enjoyment, I reckon, in any car.

Anyone notice the Dacia Add on Dave Channel, the Cars have a Engine sounds I don’t think a Dacia makes in real life.....?