Even after eight successful sales years in the UK, through two versions, the Dacia Duster still doesn’t have a direct rival. Frankly, this Romanian SUV is so damned affordable that others simply can’t match it, or would rather not try. Prices start at a still-remarkable £13,995, especially given the very deep equipment spec of even the Dacia's Essential entry model.

Despite the sales success, Renault Group management has decided that it’s time for the current model to be freshened with new styling elements inside and out and some new technology, although they have taken great care to preserve everything that has brought the success up to now.

The biggest development is a new top-end powertrain, a TCe 150 petrol engine paired with a six-speed dual-clutch gearbox and front-wheel drive. Performance is decent: the model offers a top speed of 124mph and 0-62mph acceleration of 9.7sec, with fuel consumption of 45.8mpg.

A new, wind-tunnel-developed rear spoiler and more aerodynamic 16in and 17in alloy wheels improve the aero performance. These tweaks, with lower-drag wheel bearings and tyres that lower rolling resistance, cut around 6g/km from the CO2 output of the one and only 4x4 Duster model, the dCi 115. 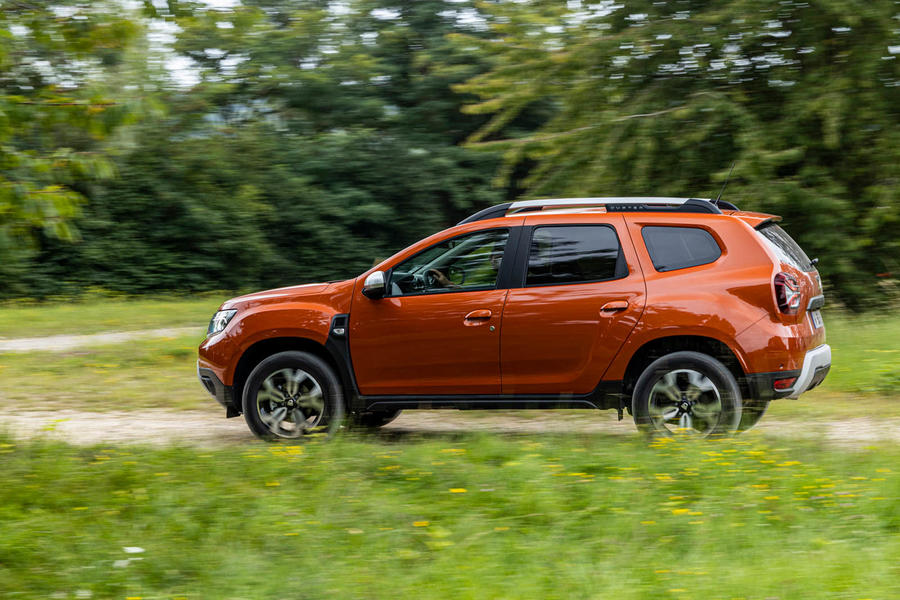 Like the rest of the Dacia range, the Duster line-up is simplicity itself. There are three model levels (Essential, Comfort and Prestige) with just two options offered, metallic paint and a full-size spared wheel. All models get enhancements to their driver aids package along with a new, high-positioned centre console and a standard 8.0intouchscreen that either mirrors your phone or (in the ritzier models) offers embedded sat-nav.

Other developments include a rise in LPG capacity (to 50 litres) for the TCe 100 bi-fuel model. Combined with the 50 litres of petrol you’re also carrying, this give you an overall touring range of close to 750 miles.

Dacia has hardly touched the suspension of the latest Duster, so it’s no surprise that the handling feels familiar. The electric power steering has been tuned to reduce lightness and give a more positive feel over 45mph, but otherwise the secure handing stays, along with a characteristic ride quality that comfortably swaps a modest amount of bounce on rough surfaces for uncomfortable jolts. The Duster’s quietness over bumps, particularly, belies its low price.

The new auto powertrain is efficient and easy to use, although there are no paddles to override it, and the kickdown isn’t the swiftest we’ve tried, even in the Renault range. Most owners won’t mind, though.

The car rolls along easily using engine torque to pull surprisingly high gears, yet delivering healthy passing acceleration when you really need it. But one can’t help feeling that a dual-clutch transmission may be a bit beside the point in a car like this. We suspect for some owners it’ll be a point of pride to shift gears manually and save £2000 compared with the manual-shift 130 TCe, whose performance is much the same. 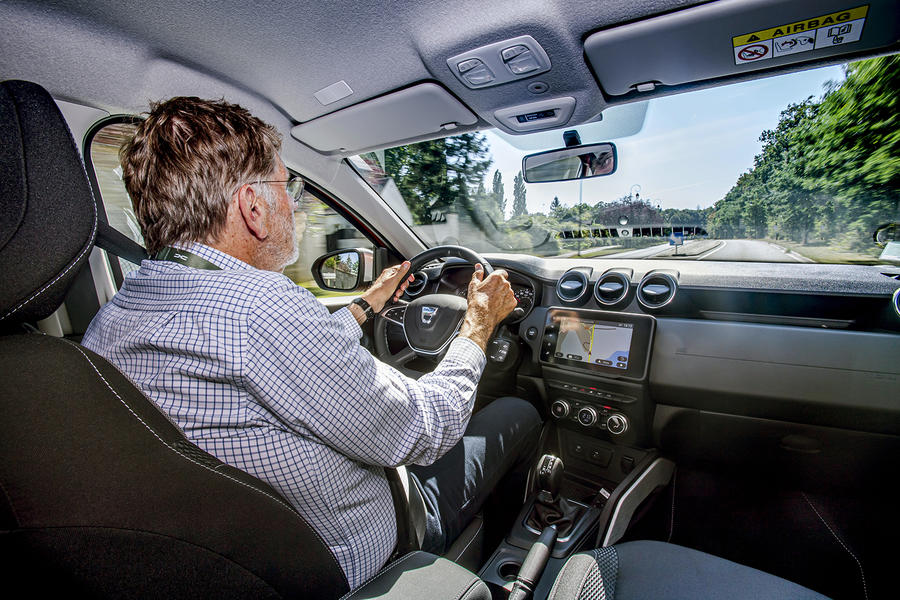 Dacia has already started taking orders for the new Duster, and our experience here suggests there will be strong demand for every one that makes it across the Channel. 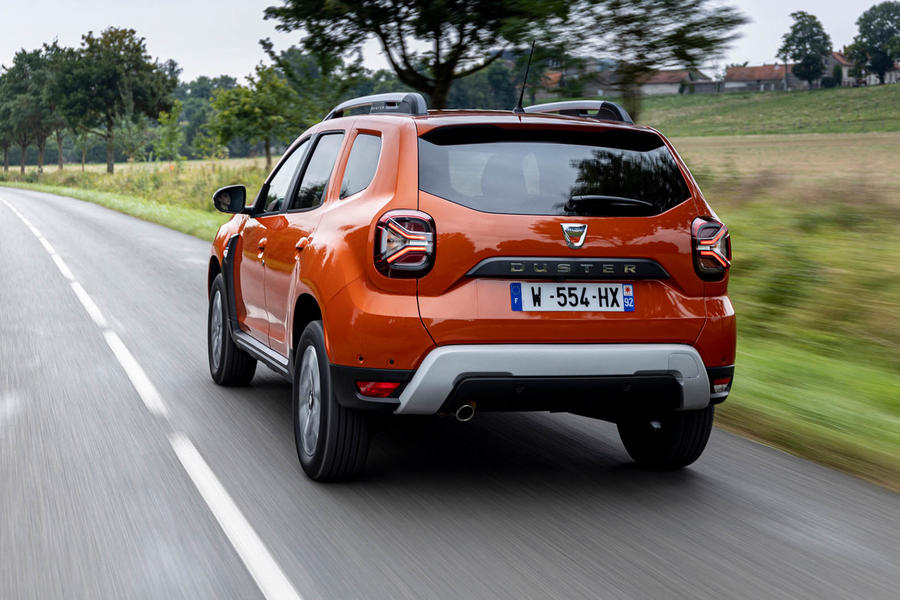 I've always been tempted by the Duster, but with the parts coming from Renault, I'm not sure about their reliability (I've had some disappointing experiences with Renault).

I noticed Dacia came second in a recent reliability / customer satisfaction survey but those surveys can be pretty unreliable themselves - eg. certain makes encourage certain types of customers that might not complain if something goes wrong, or are very forgiving if paying less for something.

I bought a Mazda on the strength of positive feedback in survey results but it was the worst car I've ever owned and the worst customer service I've ever experienced.

But not only is that item headline "From £9135" price incorrectly too low, the model tested here is also over £20,000 - that can get you a whole host of other cars in this class - maybe with not so much standard equipment, but will be better to drive and safer in a crash!

Andrew1 15 September 2021
Great car with far better off-road capability than the car majority of SUVs out there. However, almost nobody takes these things off road, so why not buy a Sandero instead?
RoyBatty 14 September 2021

Sounds great. Is the starting price 9k (per the header) or 14k (per para 1 and the Dacia website?it's great value at 14k but there is quite a difference from 9k and rather confusing...