From £13,9957
Funky, small Citroën C3 Aircross SUV hits the spot where it needs to and misses it where you’d expect it to
Open gallery
Close

You might note that the Citroën C3 Aircross is a rufty-tufty-looking crossover. Deciding to replace the Citroën C3 Picasso MPV with an SUV must have been about as hard as deciding whether to get out of bed in the morning. So here we are: B-segment SUV/crossover/call it what you will.

It’s a 4.15m long, C3-based and 1.6m tall funkmobile that looks, I think, pretty interesting - in a fun, striking, slightly aggressive, angry Jelly Baby way. A bit like a Panda 4x4. Only, being a Citroën, it’s only ever a 4x2.

That’ll be because of the C3 supermini (and Vauxhall Crossland X) platform, which means this is a front-drive tall hatchback rather than a full-on SUV; albeit one with 175mm of ground clearance, and hill descent control, an adapatable traction control for off-road and all-season tyres on some versions; so it’ll get to places as rugged as you really want it to.

To beachside or mountainside or yurtside, presumably - for this is one of those cars ideally suited to your active lifestyle, don’t cha know. There are roof rails, 60/40 split rear seats (like rear windows that open, not necessarily a given on a small Citroën), a fold-flat passenger seat and even, on this top version, a sliding rear bench to increase luggage capacity from 410 to 520 litres. Perhaps up to 1289 litres with the rear bench folded. Think of how much active stuff you could get in there. And you will. Because, damn, you so cool, bruh. 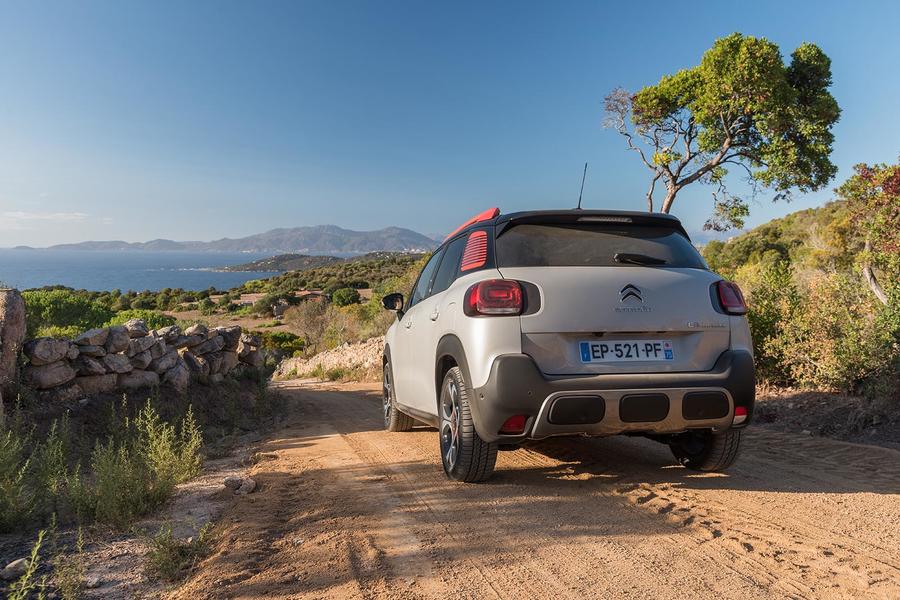 Mechanically? I suspect you don’t much care if you’re buying one of these. But given you’re reading this, you do. So you can have a 1.2, three-cylinder petrol with 81bhp, at a base trim that hardly anyone will buy from £13,995. The next trim up, of three, costs from £15,100 and is where it really starts. Adding a turbo to the 1.2 gives you 109bhp or 128bhp. The auto option (109bhp only) is now a six-speed proper automatic, rather than the awful single-clutch automated manual. There are 99bhp and 119bhp 1.6-litre diesels, too, both manuals. Pricing is all done by £19,525. There are struts at the front and a torsion beam at the back; both facts about as surprising as finding it gets dark at night.

If you’re fans of funky-looking exteriors, step right this way, then. And also if you’re fans of quite interesting interiors, too. But not if you’re fans of high-grade, solid-feeling interiors. Inside, it’s all pretty small Citroën stuff – stiff, brittle-looking surfaces, a bit shiny in places, but dolled up here and there to look the part. The two higher-spec versions get a big touchscreen that also, annoyingly, has the climate controls.

To drive? It’s okay. Better than you’d expect. Citroën has upped the roll stiffness over the C3 to prevent exacerbation of the supermini’s inherent wobble just as you turn, or brake, or accelerate, which makes it tiring to drive smoothly.

The Aircross, pleasingly, is much more controlled; its roll rate is slower, more predictable, even though the steering remains light and, after making you think it’s not going to do much just as you start to turn, all of a sudden it does quite a lot. So it’s still a bit Citroëny. So is the very quiet diesel and tidy manual gearshift. 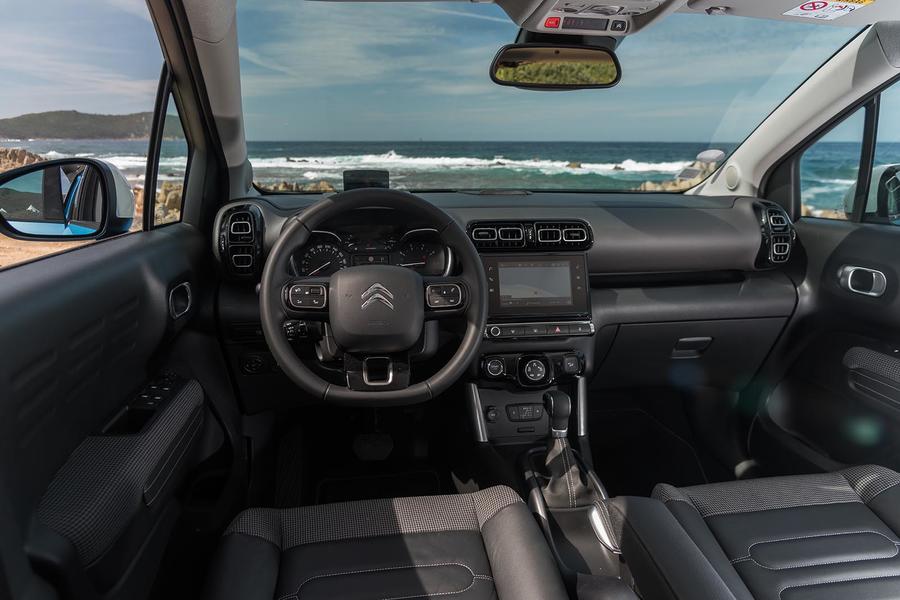 Maybe. To drive, it only reaches the heady heights of ‘not irritating’, which, while not sounding particularly flattering, is perhaps the best you can hope for. And it's not massively outclassed by its rivals anyway. It’s visually extremely likeable, feels less solid than some alternatives and is dynamically completely unremarkable. Refreshingly funky new Citroën, then; but, somehow, familiarly old Citroën. 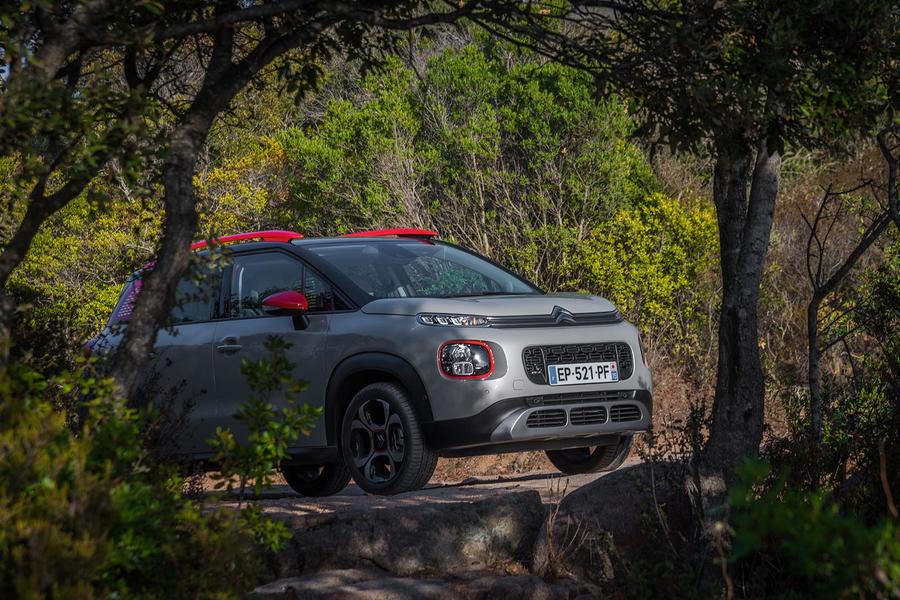 The writer obviously wants us all to like hard riding bland boxes with boring interior designs, mostly German presumably. Well done Citroen for bringing us some variety and French flair. I like it. And yes I am interested in technical specifications, suspension, and drivetrain tech', and probably why I would buy this car

So negative about French cars

While I wouldn't opt for the stripy rear side window option, I think this is a great looking car, angry jelly baby or not. The interior looks nice too and I think the average owner won't be crawling under the dashboard looking for scratchy plastics when driving to work. Hard to tell much more from the review about things real people care about, like is it quiet, and comfortable, does it ride well enough and is there enough legroom in the back, etc etc. We know it's French. Get over it.

Autocar is aimed at the enthusiast which this car is not aimed at, though while I am an enthusiast and enjoy a well set up car I also enjoy driving in general and find enjoyment in bland cars like my 05 jazz, no it's steering isn't as good as a fiestas of the same age but I still enjoy driving it as I may well do this citroen, being an enthusiast isn't just about the fastest and sportiest to me but about getting the best out of whatever I am driving and enjoying it.