From £103,9309
BMW's flagship i car has received a facelift for 2018. How does it compare to offerings from Porsche?
Open gallery
Close

It’s strange to think that the BMW i8 has been with us since 2014. One look at it still gives the impression that it’s somehow arrived in the present day from some alternate future timeline, as opposed to the reality, which is that it’s actually a car that has been on sale for four years.

Anyway, the fact that those years have passed means the i8 was up for a midlife facelift, and this is it. Not that you’d really notice, mind; the changes — at least in terms of what you can see — are actually rather minor. There are two new colours to choose from — E-Copper and Donnington Grey — anda new 20in alloy wheel design. ‘Coupé’ badges are fixed to the C-pillar, distinguishing this particular i8 from its new Roadster stablemate, although we’d argue that the Roadster’s folding soft-top roof does a pretty good job of this, too. There are a handful of new interior colour schemes available as well.

The headline update for the i8, though, concerns the electric motor that’s mounted at its nose and the battery that powers it. By increasing the energy capacity of the i8’s lithium ion battery from 20Ah to 34Ah, BMW has been able to boost the electric motor’s peak power output so that it now develops 141bhp. Combined with its Mini-sourced three-cylinder petrol engine, the i8 now makes a total 369bhp.

The changes to the battery also means the i8’s all-electric range has increased by 50%. Fully charged, it’ll cover 34 miles on electricity alone. As before, the electric motor drives the front wheels via a two-speed automatic gearbox, while the rears are powered by the petrol engine and a six-speed automatic transmission. 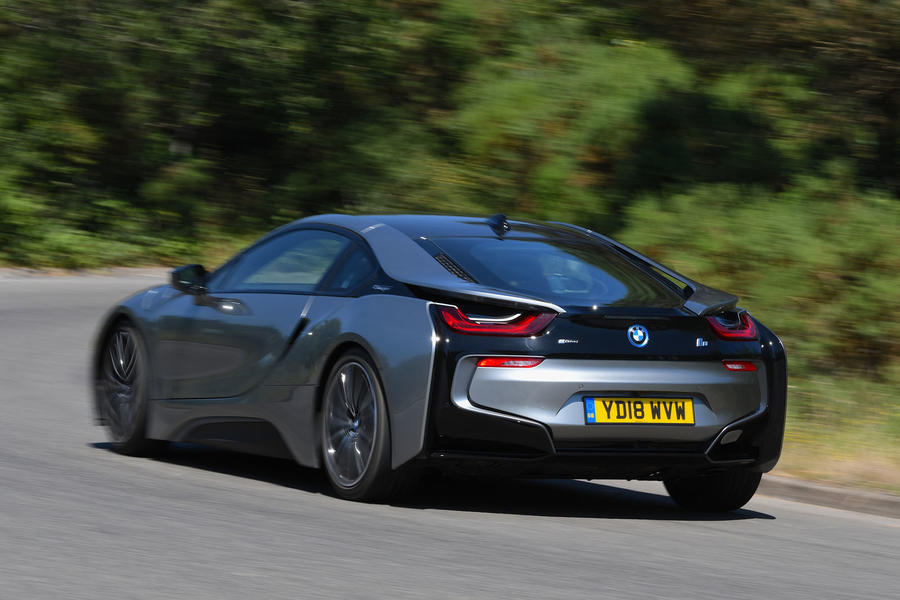 Don’t let the combination of three-cylinder engine and electric motor fool you into thinking the i8 Coupé is a slouch off the line. Working together, they’ll see the £112,730 sports car hit 62mph from a standstill in just 4.4sec — plenty quick enough to give a Porsche 911 Carrera S something to think about. The instant availability of the electric motor’s torque lends the i8 impressive urgency under throttle, too, making up for any tardiness potentially experienced on the petrol engine’s behalf. This is particularly handy when overtaking or out on the motorway.

Where the i8 does lose out to the 911 — or, indeed, any other comparable rival powered by a traditional internal-combustion engine — is in the character department. While the i8’s petrol motor sounds muscular and rorty, a three-cylinder unit just isn’t going to cut it against the likes of a flat six or V8 where sheer aural thrills are concerned.

That said, to criticise the i8 for this shortcoming too much would arguably be to miss the point of it all together. Efficiency and economy (the i8 boasts a claimed combined consumption figure of 149.8mpg, with CO2 emissions of 42g/km) are equally as much a part of its appeal as looks or performance, so some compromise here is to be expected.

As for the way it drives, the i8 is certainly more of a long-distance grand tourer than an enthralling and engaging B-road weapon. That’s not to say it can’t handle a corner or two, though, because it certainly can. It’s just that the steering is rather tight-lipped and lighter than you might like, and while the i8 is quick to turn in, its narrow 215/45 section front tyres will eventually give way to understeer.

That said, body control is impressive. Lateral roll is tidily contained through faster bends and, when you’re up to speed, the i8 rides with impressive pliancy. There is a noticeable amount of shudder to be experienced at low speed, though, and this can make driving the i8 through town taxing at times.

Opening those look-at-me dihedral doors reveals a cabin that’s no doubt tidy and inviting, but also one that is lacking slightly in terms of the visual wow factor you might expect from a car costing a smidge more than £112,000. Getting in can be a touch tricky, too, owing to the need to bend down under the doors while simultaneously ambling over the i8’s wide sills.

Still, once you’re in, you’ll find a driving position that’s spot on, seats that are on the firmer side of things but also supportive and BMW’s excellent Professional Navigation system with an 8.8in display. 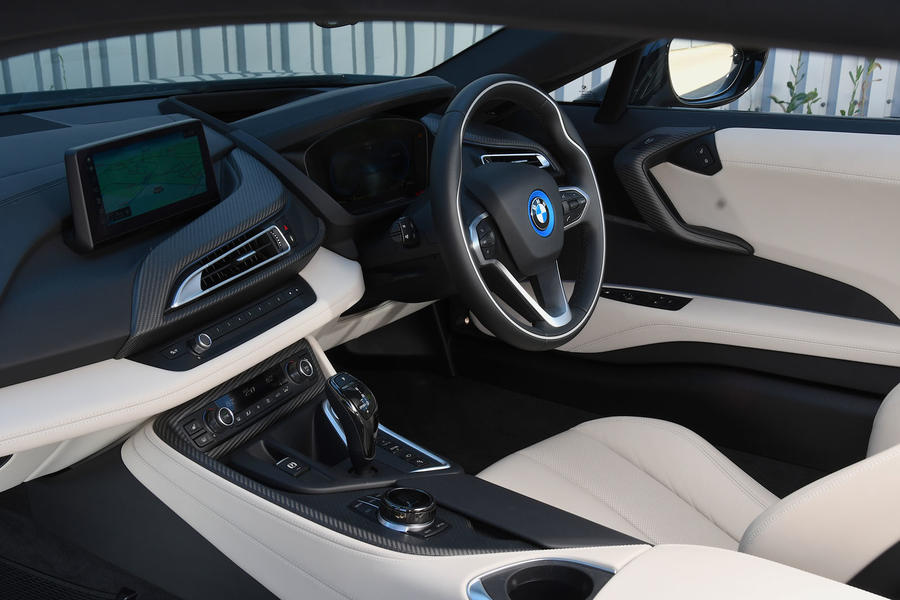 The i8 as tantalising as it was when it first came on sale. It’s got the looks, the pace, the long-legged touring ability and the green credentials to make it a truly special thing in the automotive world.

At £112,730, it is expensive, and if you fork out that money expecting a sharp and massively agile sports car, chances are you’ll be a touch disappointed. Buy it as a show-stopping, head-turning piece of proof that an eco-friendly car can be desirable, fast and ultimately fun, though, and you won’t go far wrong. 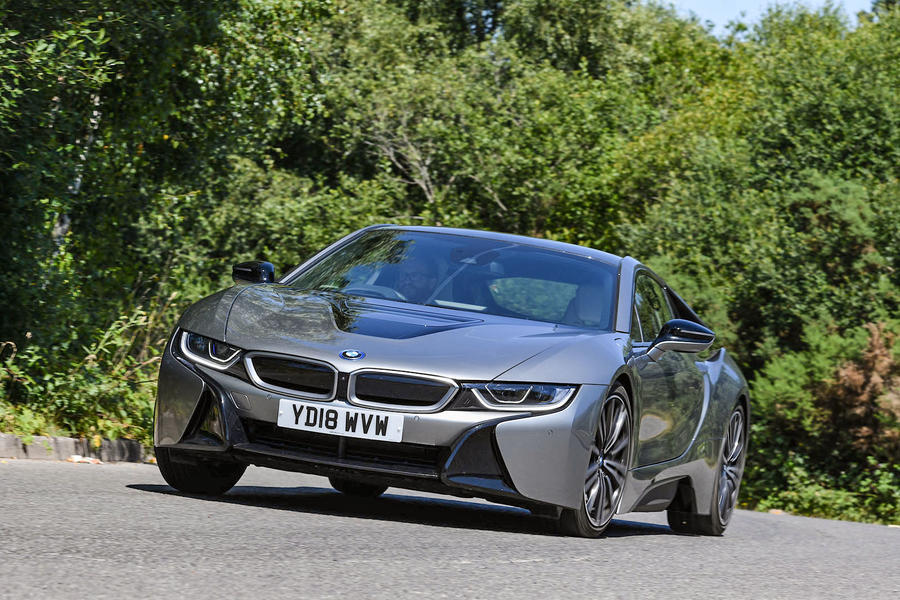 Brilliant drawing. Modernit,y but with beauty.

It reminds the BMW Turbo concept.