From £28,3508
Entry-level diesel is likeable addition to range but doesn't live up to the best of the 3 Series line-up
Open gallery
Close

Many of you might remember a fascinating 1990s documentary – From A to B: Tales of Modern Motoring (YouTube gold) – in which a range of middle managers dismissed lower trim levels and engine variants because their cars were the ultimate status symbols. Chances are they wouldn’t be too happy with a BMW 318d. But, in a car as capable as the 3 Series, surely there are no bad choices...

The 318d Sport we're driving here has a lot to live up to, if its ubiquitous 320d sibling is anything to go by. The most popular variant – a 320d in range-topping M Sport trim – of this latest, seventh-generation model was awarded a rare five stars in a recent Autocar road test.

What’s new on this latest 3 Series, then? Ultimately, it’s more of the same, just dialled up by 5%: wider tracks, a longer wheelbase for more space, reduced weight and drag, plus improved interior quality and revised equipment. 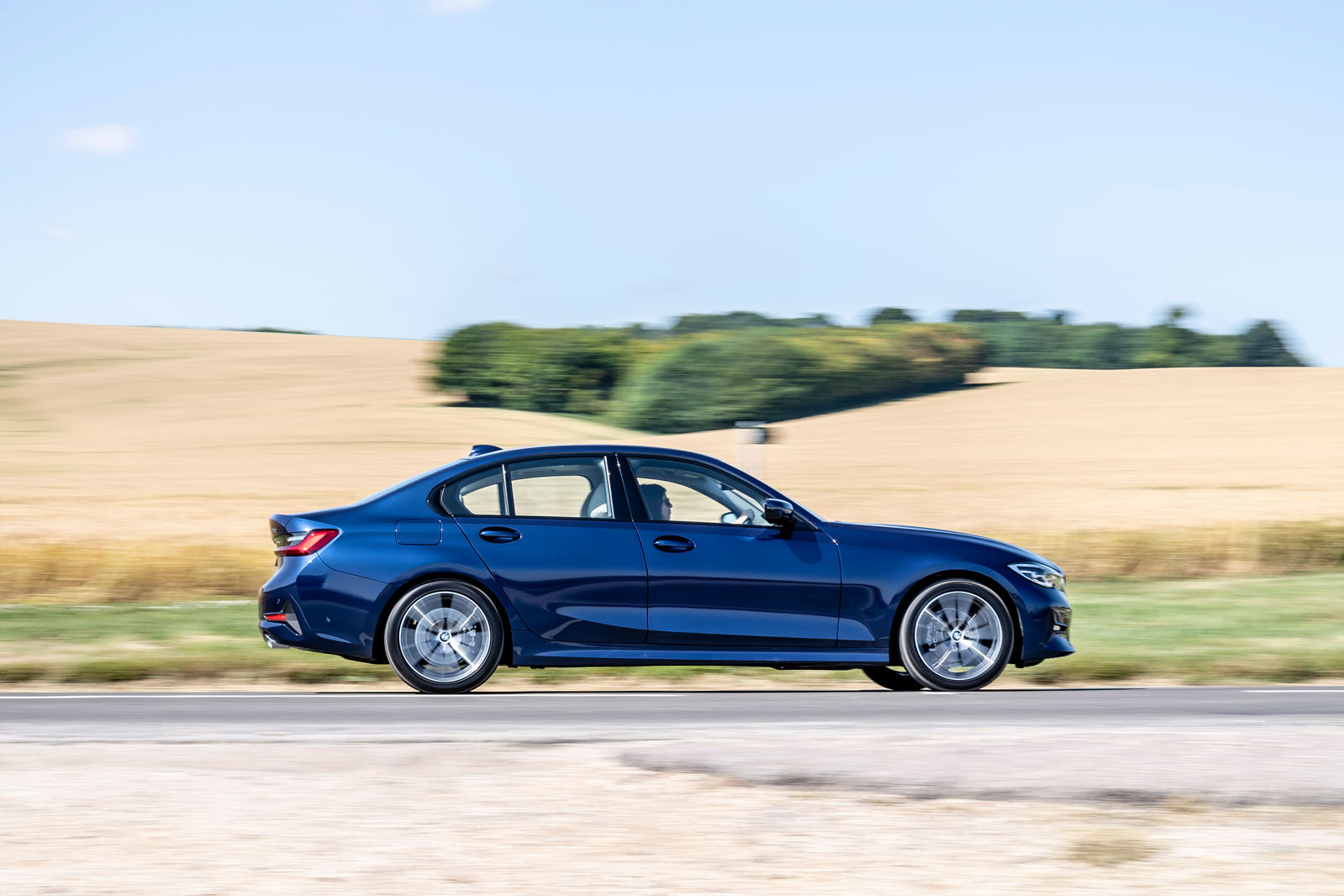 The short version: this is no 320d M Sport – partly due to the engine and partly due to the standard handling/chassis options. Sometimes, in this business of testing cars, there’s little tangibly different between two models so close in many ways, but the differences are immediately obvious here. Let's start with the engine.

The 318d uses a detuned version of the same 2.0-litre four-cylinder engine found in the 320d, delivering 40bhp less at 148bhp and 59lb ft less torque at 236lb ft, paired with an excellent eight-speed automatic gearbox.

On the road, that equates to perfectly satisfactory performance at everywhere other than the very top end, but it lacks the early, joyful punch of the 320d. Let’s say this: if you didn’t try the 320d, you’d be content with the 318d, but if you did, you’d feel short-changed.

The rear-wheel-drive 3 Series is well known for being the driver's car of choice in the compact saloon segment, and that’s no different here. The 318d in mid-range Sport trim has more flair on this front than the Mercedes C-Class, yet it does feel markedly different from M Sport models (a trim level available with all engines), which come with M Sport suspension and Variable Sport steering.

It was an M Sport version of the 320d that won our five-star accolade, and you can feel the subtle lack of weight and direction in this 'standard' steering set-up. As a result, it feels less engaging in corners, despite the car’s capable rear bias.

What’s gained in driving dynamics is typically lost in ride comfort. Our 318d Sport on 18in wheels had the most passive set-up going. It’s less crashy over bumps than the range-topping M Sport, but it still feels firm, with a case of the mild jitters on poor rural roads.

Inside, the 3 Series’ intuitive functionality and material quality is at least on a par with the Audi A4's and probably just surpasses the C-Class’s. Our test car had the basic 8.8in infotainment screen and analogue instrument cluster, as opposed to the 10.0in screen and digital equivalent found on M Sport trims, yet it felt modern and more than adequate for an executive saloon. The handful of buttons and iDrive remain welcome, despite the broader market’s increasing departure from tactile functions. 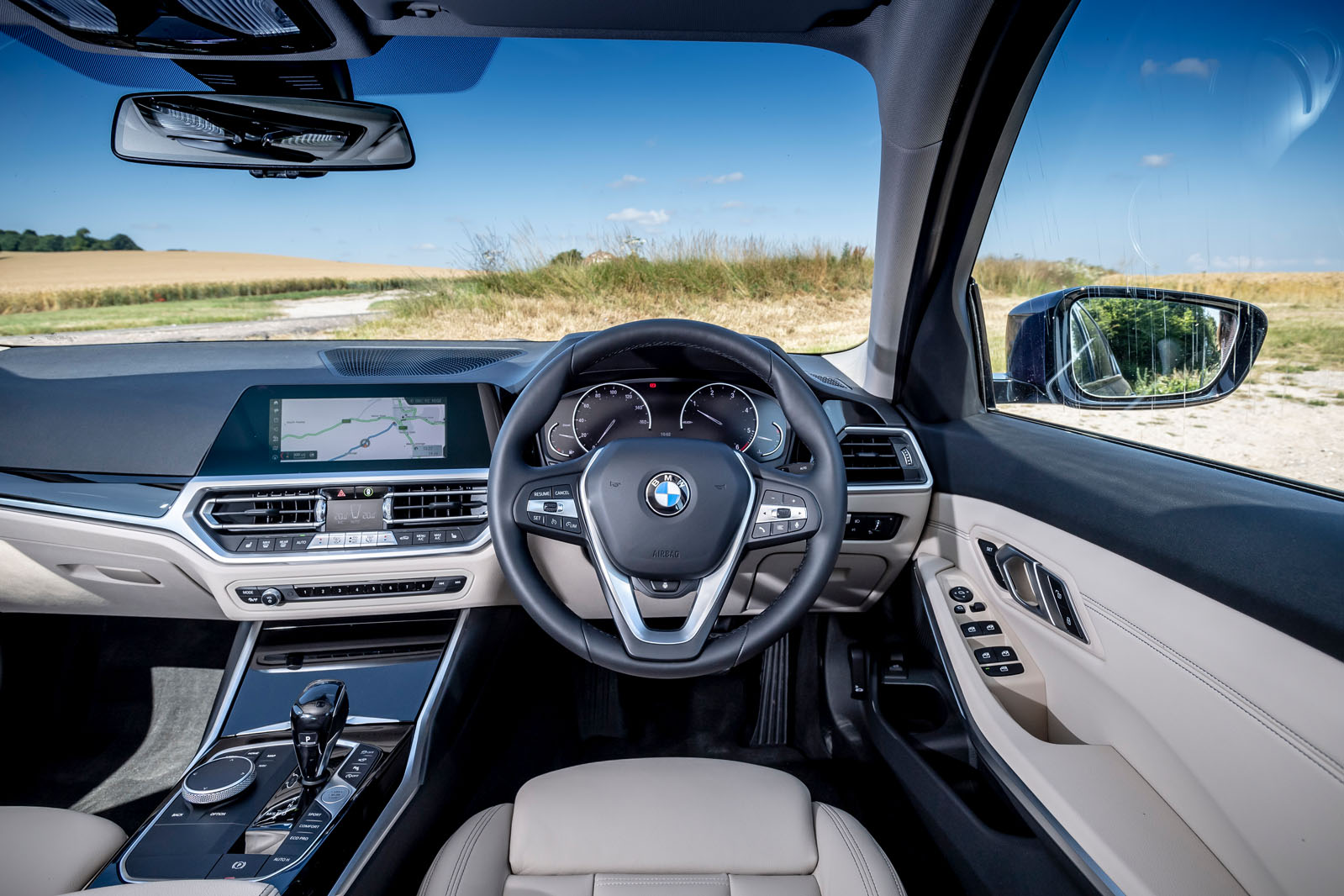 Our criticisms of the very good 318d only come in light of the 320d, which is exceptional. The starting price of the latter is just £1160 more than the 318d and CO2 emissions - crucial for company car tax decisions - are comparable, given that they share an engine.

If you’re a keen driver, we’d recommend upgrading to the M Sport trim (still only £1160 less than its 320d counterpart) to reap the handling rewards. Even then, you’ll be happier with the power delivery of the 320d.

So then, is the 318d necessary? BMW thinks so, despite the 320d outselling the 318d by three to one. “The purpose of the 318d is to capture customers who have a budget in mind,” says 3 Series product boss James Thompson. There’s no denying the 320d is the worthy favourite, but for a select few business drivers on an oh-so-strict budget, the 318d has its rightful place.

as pointed out, this car has more comfortable suspension set-up, for drivers that primarily are doing long distance cruicing that's probably more important than any dynamic gain from stiffer suspension set up.

Buy an Audi Q3 instead

Think you need to move with the times... that’s the price many cars are now - just think you could buy a great value Q3 1.5 TSi instead for just three grand more.

What I cannot see

Is any point to this model whatsoever.
View all comments (7)