9
Munich’s most powerful baby estate is immensely capable and well-appointed - but does it do enough to rival the C43 estate and Audi S4 Avant?
Open gallery
Close

This is as hot as the latest G20-generation 3 Series Touring will get, at least officially.

While BMW has a tyre-shredding M3 saloon in the works, its wagon sibling won’t be getting the same treatment. Munich has decreed that anyone looking for more power in a wagon body must head down the road to Buchloe and ask Alpina for a B3 Touring instead.

If that’s beginning to sound a little conservative, the presence of a single letter should be enough to reassure you: the M340i marks the first time BMW’s junior estate has worn M Performance badging, seven years after the sub-brand was first introduced.

It is now the only six-cylinder model in the current line-up, using an updated version of the familiar 3.0-litre B58 engine that sees power taken up to 369bhp - a significant step up from the 255bhp offered by the four-pot 330i, and enough to enable a 0-62mph sprint in just 4.5 seconds. That’s only 0.1sec slower than the M340i saloon, despite the weight penalty that comes with an estate body style.

it can only be had in rear-biased xDrive all-wheel drive form, and an M Sport locking rear differential comes as standard. The eight-speed automatic gearbox has bespoke ratios, and its suspension has been tuned to give it precision edge over non-M Performance cars. Baby M it may be, but it still has its sights set on the Mercedes-AMG C43 and new, diesel-powered Audi S4 Avant.

We’ve already driven the M340i on the continent, but this is the first time we’ve sampled it in a Touring body, and on UK roads. 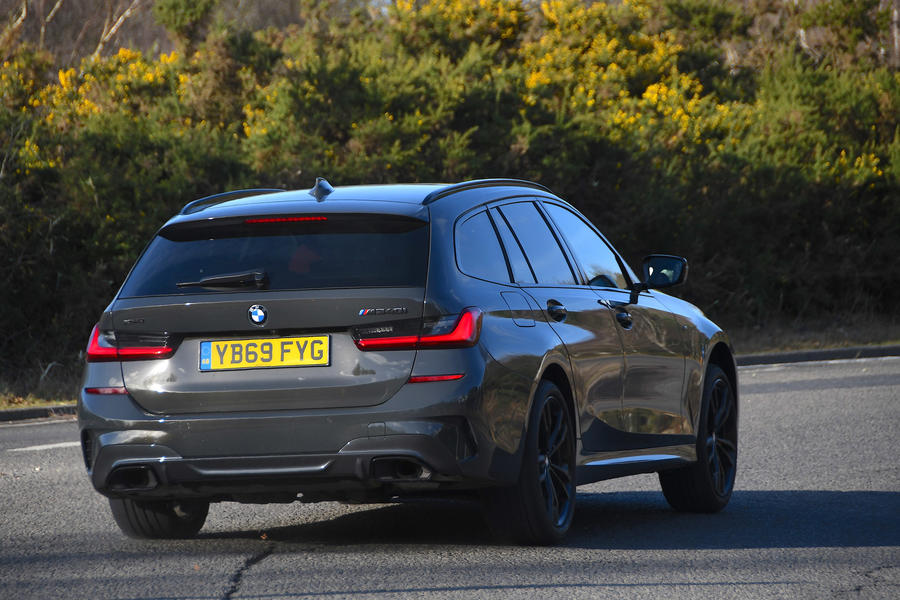 Aside from the bootlid badge and some redesigned tailpipes, there’s not much to distinguish the M340i from a lesser Touring wearing M Sport trim. It’ll take a keen eye to spot one on the road, unlike the more ostentatious competition from Audi and Mercedes.

It’s a similar story inside, where it's as well-appointed and easy on the eye as any other 3 Series. The all-digital dashboard’s angular layout might not be particularly straightforward, and there’s still no Android Auto, but there’s little doubt the BMW has the most sophisticated interior of any premium estate car around right now.

While navigating towns in its Comfort setting, the M340i gives few clues to its untapped power reserves, save for a somewhat brittle ride - though this is far from the ultra-stiff setups we’ve seen on some M Division cars recently. Adaptive damping helps combat uneven road surfaces, but not completely.

Handling isn’t quite as precise as that of the 3 Series saloon, but you’re still able to place the car with ease - although its overly plump steering wheel still isn’t all that satisfying to feed through your hands.

It’s only when you switch into Sport mode and the optional heads-up display throws up a shift indicator that the M340i gives any indication of its performance potential. The engine note then takes on a more enthusiastic tone that, while not as angry as a true M car, still comes alive as you explore the upper end of the rev range.

Aim for 6800rpm with every pull of the paddle shifters and the car delivers an intoxicating level of acceleration, aided by its torque vectoring all-wheel drive system, which ensures the power is used effectively. It grips and goes, but equally doesn’t require much encouragement to involve the rear end when in the sportier drive modes. 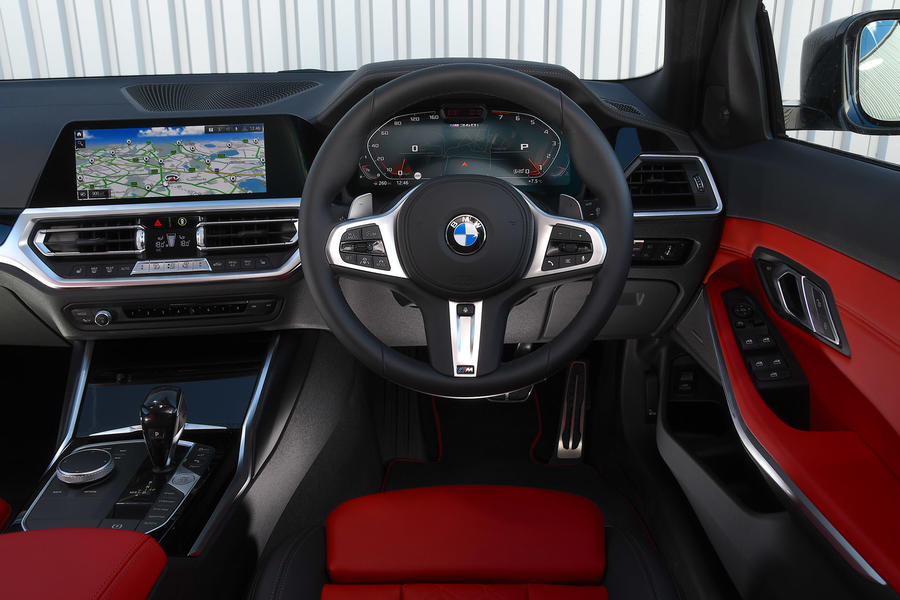 Those searching for a capable estate car that can also truly entertain should certainly have the M340i on their shortlist. It’s rapid, comfortably more dynamic than an Audi S4 Avant (though perhaps not as economical) and better equipped inside than a C43 Estate.

While undeniably firm on British roads, its ride hasn’t been completely compromised in search of driver engagement. And though the 3 Series saloon might be the even better driver’s car, it can’t claim to match the Touring’s ability to deal with more of what life throws at it. 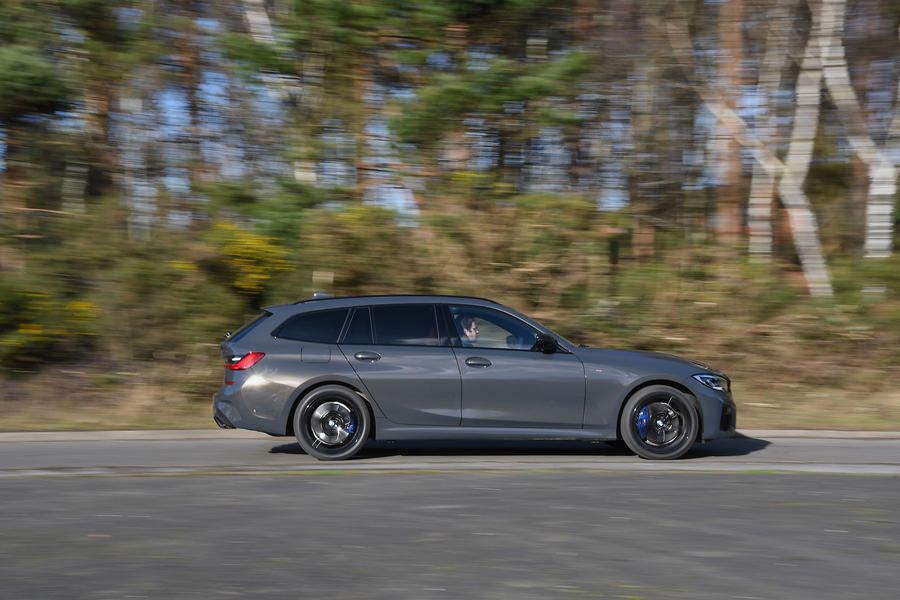 Having driven all three, Merc, Audi, BMW. I wonder why you even bothered with this article? You should just sit on a fence with a dunce hat.

My advice to anyone not scared of advertising revenue is go for a test drive. The cars are miles apart.

Having driven all three, Merc, Audi, BMW. I wonder why you even bothered with this article? You should just sit on a fence with a dunce hat.

My advice to anyone not scared of advertising revenue is go for a test drive. The cars are miles apart.

You haven't driven the M340i though, have you. Lets be real. You are chatting rubbish, or enjoy wasting dealers time, getting in your 2002 Ford Mondeo afterwards, heading back to your pikey flat in Dudley.

...you can't unsee it: This car has Mr Potato Heads moustache for a grille.

Looks like a great car, but I just can't get past that awful grille. They've managed to ruin a while raft of cars with this monstrosity, I'll be interested to see if it hits sales figures.
Sadly, even with two BMWs on the drive, there's no way i cod own one of these.
View all comments (4)