The rise of the low-slung, four-door premium coupe has never been totally aligned with either the dictionary (which insists a coupe only has two doors), or practicality. As such, the Audi A7 might seem an unlikely candidate for a plug-in hybrid powertrain. Surely buyers who choose the A7’s swooping style over its far more spacious A6 sibling are unlikely to fret about such practical concepts as efficiency and fuel economy?

And yet, the ever-tightening requirements prompted by tough new legislation has prompted Audi to create this A7 55 TFSIe quattro, which mates a turbocharged 2.0-litre four-cylinder petrol engine to an electric motor powered by a 14.1kWh battery. It’s the same unit featured in the recently launched Q5 55 TFSIe SUV.

A lower-powered 50 TFSIe version will follow, but despite the A7’s sporty styling, don’t expect to see the more powerful V6 plug-in hybrid system used in the plug-in hybrid versions of the Q7 and A8 applied here. 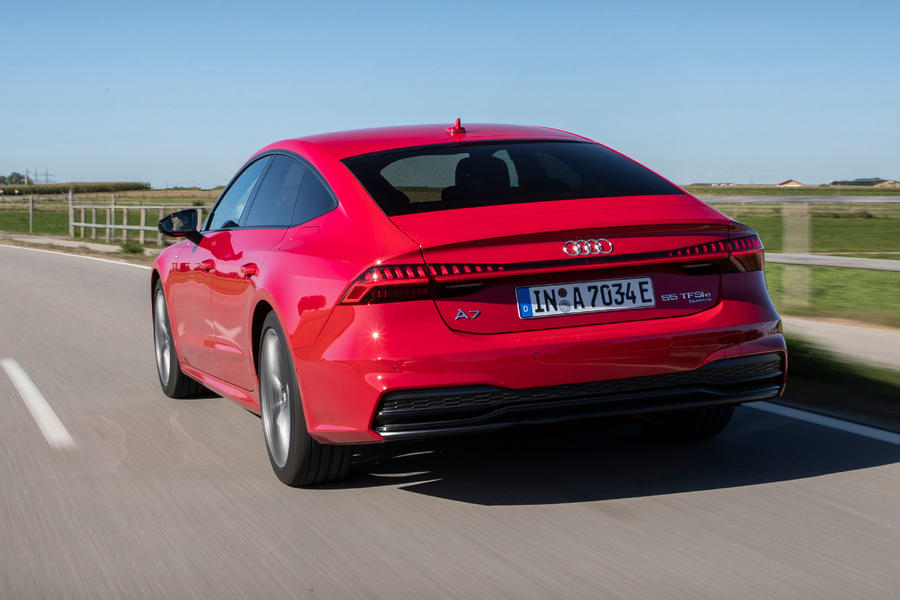 From behind the driver’s seat, the plug-in hybrid A7 is much like any other: it’s comfortable, stylish and effortlessly cool. Fit and finish is as polished and smooth as you’d expect from an Audi. The car’s key controls are accessed via the twin central touchscreens, which feature haptic feedback to at least ease the usual frustrations of using such devices on the move.

The digital instrument display is really the only place you’ll notice the difference from any other A7, with a range of screens showing energy consumption, electric range and so on available.

But start up the machine, and the differences are quickly made apparent by the smooth arrival of instant power, and the near-silent running of that electric motor. It allows the A7 to make brisk, relaxed progress in a manner that matches well to the car’s cool, calculated manner.

As with the Q5 and Q7, an electric drive meter helps to dish out that electric power almost on-demand at higher speeds, the system using the electric boost to help deliver instant power at speed. That adds performance at higher speeds, although the A7 Sportback remains more of a cool Grand Tourer than a truly sporting drive.

Haptic feedback is also delivered through the throttle pedal to help you manage the electric boost best, from requiring you to increase your effort to ‘kick’ through a small step to engage the engine at lower speeds, to buzzes encouraging you to lift off and coast approaching reduced speed limits or slow approaching vehicles.

While this plug-in A7 might have a new powertrain, the chassis is unchanged, as is its failure to totally engage a driver, or to offer the calibre of ride quality that the buyer of a four-door coupe would likely expect. Unfortunately, that latter issue does slightly disrupt the calm pleasure of cruising in the A7 on pure electric power. 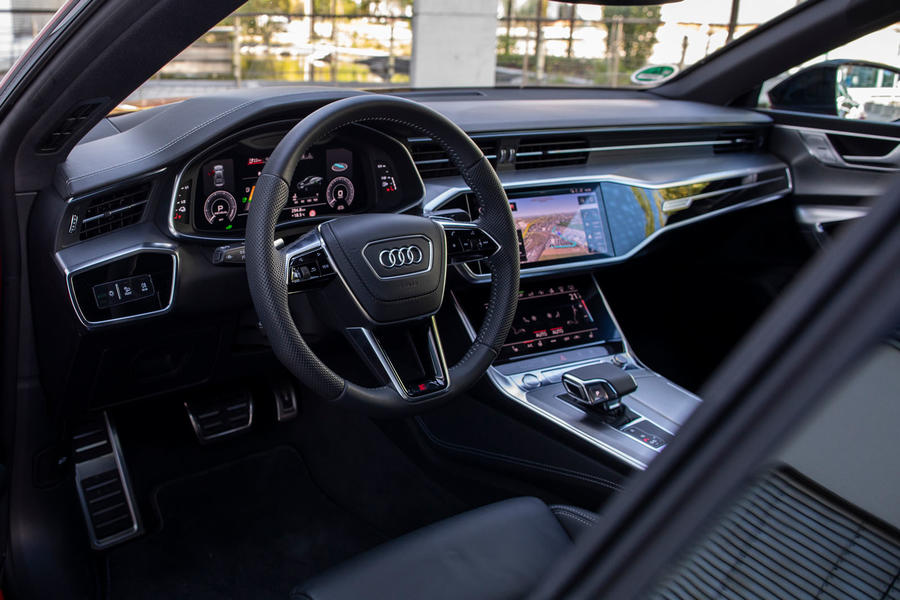 The plug-in hybrid powertrain delivers what you’d expect and hope: pleasant electric-only cruising, increased range, reduced emissions and added practicality. As we found in the Q5, it's an excellent powertrain, with a smooth, polished system that deserves consideration not just because of the tax benefits and eco-credentials it offers. It arguably burnishes the A7's role as an effortlessly cool Grand Tourer, but doesn't address the ride quality and handling frustrations that means the Audi A7 fails to deliver on its stylish promise.

But for those simply seeking an Audi-badged slice of four-door coupe to cruise around in, then, this 55 TFSIe quattro is worthy of consideration, not just for its added efficiency, but for its effortless ability to deliver smooth electric-only cruising, and a welcome whack of extra power at speed. 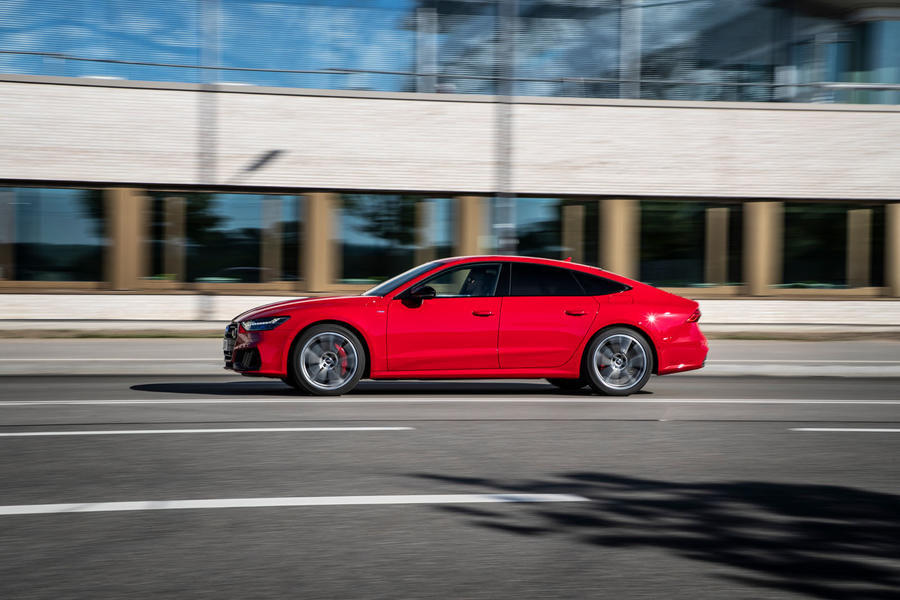 Audi has lobbed with a

Audi has lobbed with a slicker, more stylish and tech-laden petrol and diesel A7 Sportback range. Just don't call it a hybrid...

If I've read this right this particular A7 is more powerful than the diesel variant of the S7, appears almost as quick, offers better fuel economy and is estimated to be about £10k cheaper. So unless you're after some of the styling changes specific to the S7 inside and out, and the extra kudos of the 'S' badge, maybe just plump for this 55 TFSIe model with S Line trim.

...yours is wrong, both in definition by derivation and etymology, and in its duty to reflect current usage.