From £31,5357
Share review
Facelifted two-door trades on cool design and the latest tech, with this 188bhp mild-hybrid model tipped to be one of the most popular versions
Share
Open gallery
Close

The second-generation of Audi’s executive coupé has been given a facelift for 2020, although you might be hard-pressed to tell at a quick glance. The Ingolstadt firm’s exterior designers have been sparing in their efforts, with only the likes of a slightly restyled grille differentiating the updated version from its predecessor.

Given this generation of the A5 Coupé has only been around since 2016, you can understand why the firm hasn’t felt the need to force a design revolution, especially as Audi has long traded on pushing premium feel through restrained design. Certainly, unless you have particularly strong feelings about ventilation slits above grilles, there’s little here that will spark opinion and debate like the grille of the rival BMW 4 Series. Whether that’s a good thing or not is for you to decide.

Besides, the A5 Coupé’s minor external changes hide more progress elsewhere: the interior has been updated to bring it into line with its more modern sibling models, including the latest version of Audi’s infotainment system.

While most of the A5 Coupé’s mechanicals remain unchanged, Audi has revamped the engine range with the addition of 12V mild-hybrid technology across most of the line-up, including the 188bhp 40 TFSI tested here. The system uses a belt-driven alternator to harvest energy under braking, which is then used to boost efficiency - with a resultant slight increase in fuel economy and general refinement. 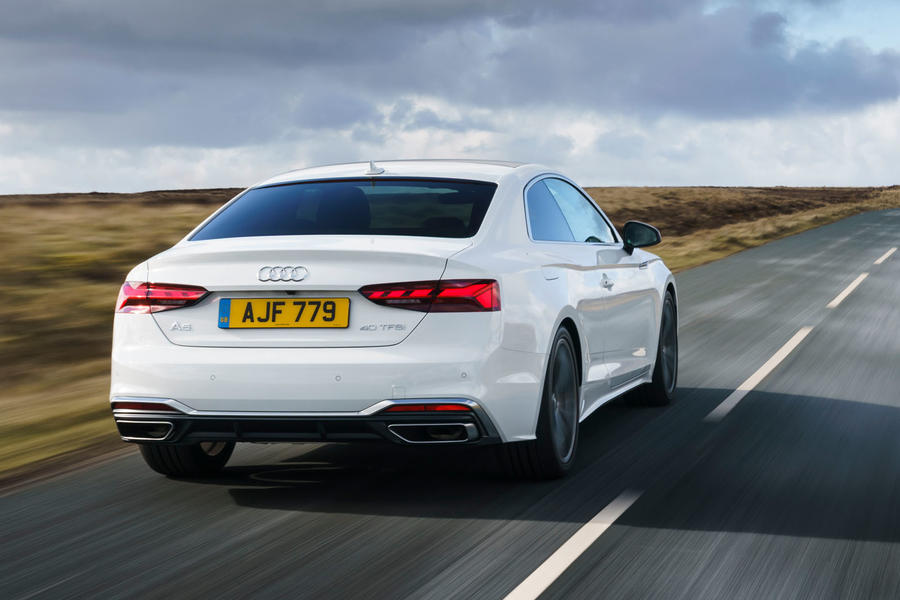 In coupé form, the interior of the facelifted A5 is refined, comfortable and spacious – so long as you’re sitting in the front two seats, that is. Like many executive coupés of this size, rear leg and head room are limited and accessing the back seats requires some contortions for larger adults. You'll have less cause for complaint about housing your shopping, given that the 450-litre boot is among the best in class.

The A5’s cockpit is dominated by screens, with Audi’s excellent digital cockpit and a head-up display for the driver and a large centrally mounted infotainment touchscreen. The 10.1in system runs the latest version of Audi’s slick and refined infotainment system, which has plenty of features and is easy to use. That said, Audi has removed the control wheel function of previous models in favour of touchscreen controls – a move that's unlikely to be universally popular.

The mild-hybrid system on our 40 TSFI test car is much like the styling changes made to the A5 Coupé: you’ll only really notice it if you really go looking for it. It works away automatically to boost the efficiency and you’ll only really notice it if you lift off the throttle pedal while at cruising speed, when the system will shut the engine off and use electric power to save fuel.

The 40 TFSI model tested here is far from the most potent in the A5 line-up – even without considering the S5 and RS5 range-toppers – but still offers 188bhp and 236lb ft of torque from its 2.0-litre turbocharged engine and is tipped to be one of the most popular models in the UK.

Aided by the mild-hybrid makeover, the engine is refined and offers decent punch, as reflected in the quoted 0-62mph time of 7.3sec. The car is capable of brisk progress, aided by the smooth, seven-speed automatic gearbox, and the engine comes on stronger as the revs begin to rise.

That said, it isn’t a particularly engaging car to drive. The steering is predictable but numb, the chassis composed but not compelling. Our S line test model sat on 19in wheels and featured stiffened suspension, which doesn’t make for the most comfortable combination on bumpy British roads. 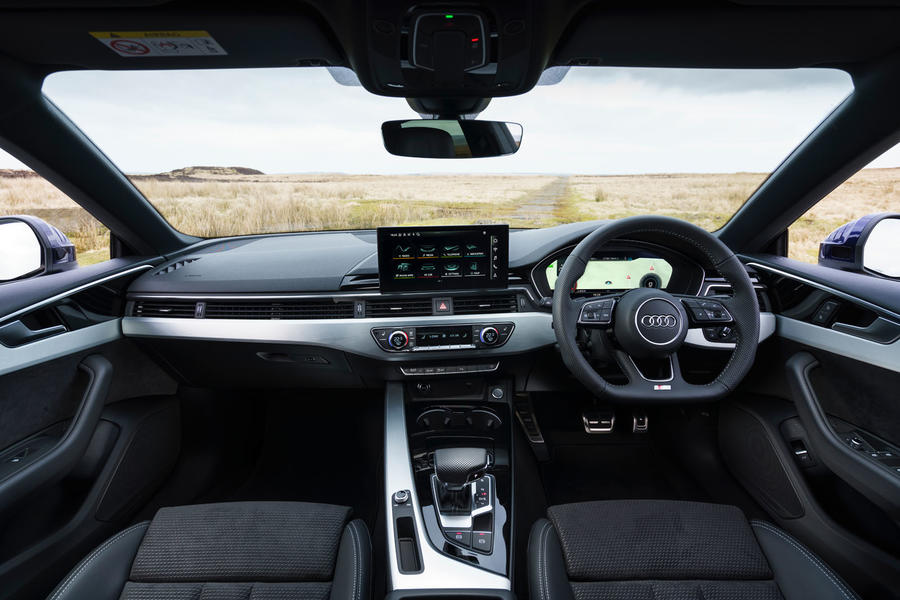 The restraint Audi has displayed in updating the A5 Coupé for 2020 is reflected in the car’s on-road manner. Although it doesn’t offer the absolute dynamic thrills some might expect from a two-door coupé, it has plenty of style, an abundance of kit, plenty of premium appeal and the addition of mild-hybrid technology, which combines decent performance with reasonable running costs.

At a time when rivals such as Mercedes-Benz and BMW are taking a more ‘emotional’ approach (exhibit A: that 4 Series grille), Audi continues to set its course on an approach that mixes refined cool with premium technology. It’s a strong combination that will understandably appeal to many, although those who put their focus on driving engagement will want to look elsewhere. 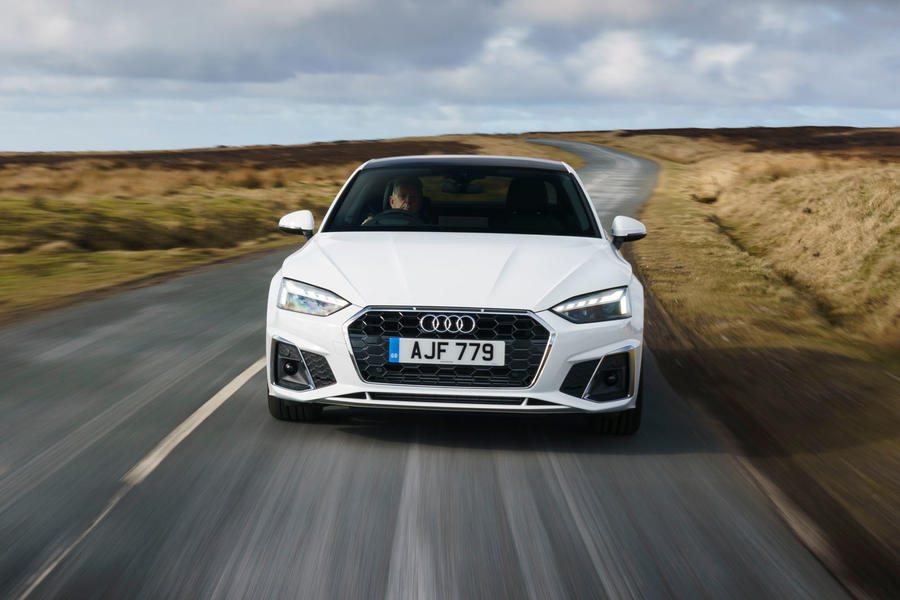 I just don't understand Audi's naming system, and I doubt if anybody else does either.  "40 tfsi".  What the hell is that supposed to mean?  Whoever came up with this system should be taken out and shot.

As expected, much droning on by Autocar about the 4Series grill. But the A5's grill is actually bigger!

The mild-hybrid setup also seems to be fairly low tech. 12 volt, belt driven motor alternator and despite what the article says, it doesn't drive the car on the over-run. Both Jaguar and BMW run 48 volts and have a much more powerful unit built into the gearbox. Voorsprong? I don't think so.

Not for me either.

I agree with Peter C. I know the car makers have to recoup what looks like a wasted investment in hybrid technology, but £40K+, with the resulting high road tax bills for 5 years??