From £40,6959
Smooth, powerful, frugal, comfortable and plenty more, the Allroad is the Audi A4 at its very best; not as thrusting as its rangemates, but all the more likeable for it
Open gallery
Close

The Audi A4 Allroad, in what might be its optimal mechanical specification. The middle of three diesel-powered options, the 3.0-litre TDI 218 model gets you the relative smoothness of Audi’s six-cylinder TDI diesel engine, and the wider spread of torque that it provides, for less than £2000 more than the equivalent 2.0-litre TDI 190. And £2000 is, after all, less than what plenty of Audi customers have proven themselves willing to spend, in recent years, on a carbonfibre cigarette lighter, a stereo upgrade and indicators inspired by the cult televisual smash hits of the 1980s.

While the 2.0-litre petrol TFSI Allroad that provided our first impressions on the car last year has a new clutch-based four-wheel drive system dubbed ‘quattro Ultra’, the diesels stick with Audi’s more traditional centre-diff-based four-wheel drive system: older tech, but still the difference between ‘intelligent’ part-time and proper full-time four-wheel drive. If your jacked-up A4 is going to spend a significant amount of time on mud or grass, you might very well prefer the certainty of a centre differential to the efficiency gains of a clutch-based setup. I would.

Elsewhere on the spec sheet, the A4 Allroad still doesn’t quite offer the extra capability of its older soft-roading big brother, the A6 Allroad, although it is getting closer. Whereas you can have height-adjustable air suspension on an A6, the A4’s ride height is fixed, offering 34mm of additional ground clearance over a normal A4 Avant. The only way the smaller car’s suspension can be adjusted is if you get optional adaptive dampers. 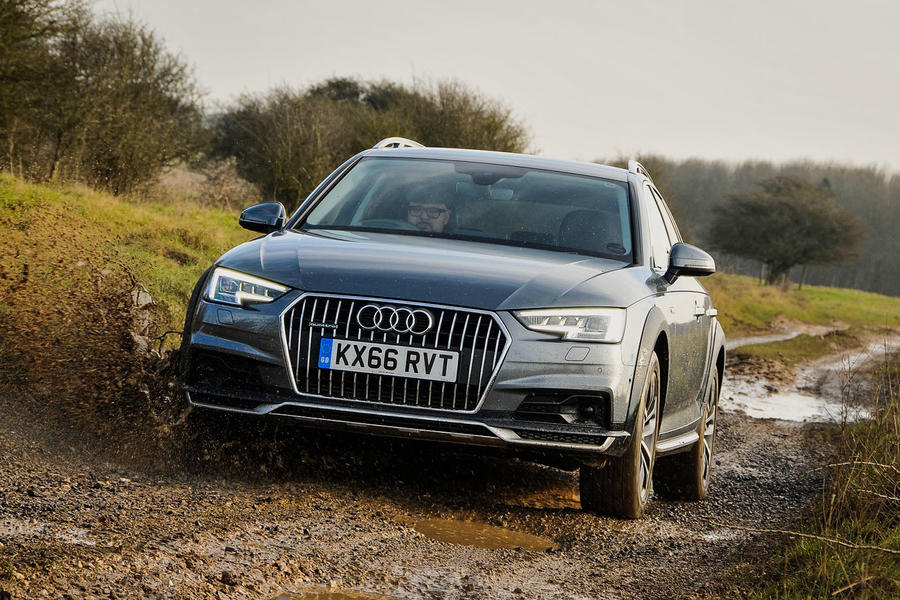 Where transmissions are concerned, meanwhile, all but the most powerful diesel versions of both the A4 Allroad and A6 Allroad now come with a seven-speed twin-clutch automatic gearbox – so you’re only going to get any torque multiplication for low-speed towing or climbing if you splash the cash on a top-of-the-range oil-burner, both of which come with a proper eight-speed torque-converter automatic gearbox.

If you’re a fleet driver, the 3.0 TDI 218 won’t break the bank where those all-important CO2 emission numbers are concerned – giving you six-cylinder power for a modest 2% penalty on benefit-in-kind (BIK) tax liability versus the four-cylinder TDI. The 2.0-litre TFSI 252 is a shade cheaper to buy and for company car tax, but its official combined fuel economy return is 20% poorer.

The Allroad is probably the A4 at its very best – and I’ve no doubt this particular diesel is the pick of the A4 Allroad range. Plenty of Audi drivers might disagree, of course: mostly the ones who like their lowered suspension and S line styling kits.

But, if, like this tester, you see the A4 as an imperfect way to satisfy an enthusiastic driver, you might be more inclined equip your car in way that builds up some its core strengths – comfort, isolation, flexibility, practicality, convenience – while adding just a little bit of off-road capability into the mix for good measure. That, in a nutshell, is what the A4 Allroad does.

If, twenty years from now, new global emissions laws have squeezed diesel engines out of passenger cars altogether, it won’t be the super-frugal three and four-cylinder units we miss, nor the ten and twelve-cylinder oil-burners we’ve seen at the more profligate end of the consumption spectrum. It’ll be six-cylinder marvels like the engine in this Audi, I reckon. Remarkably quiet and smooth for a diesel, it’s also superbly strong and responsive from below 1500rpm to well beyond 4000. And it’ll return a real-world 45mpg, in a car that I can’t believe would top 50mpg by much even in its most frugal form.

The V6 engine might only produce 295lb ft of torque – the same peak quantity as the 2.0 TDI, sure – but it’s on tap from just 1250rpm all the way through until 3800rpm, giving the six-cylinder engine a productive sweet spot some 40% broader than the four-cylinder’s. On the road, that means the 3.0-litre TDI is much less fussy about accelerating in a low gear, much more swift and relaxing to drive and, because it’s an intrinsically better-balanced engine, feels much less like it’s working hard when you rev it.

Most of the time, Audi’s seven-speed S tronic twin-clutch automatic gearbox is a fine match for that engine. There’s a small but perceptible delay to initial step-off, no doubt as the clutches not only manage their own machinations but also negotiate the added friction and inertia of that centre differential. But once the car’s away from standing, it accelerates smoothly and swiftly when you want it to, the gearbox selecting ratios cleverly in Drive and smartly in manual mode. 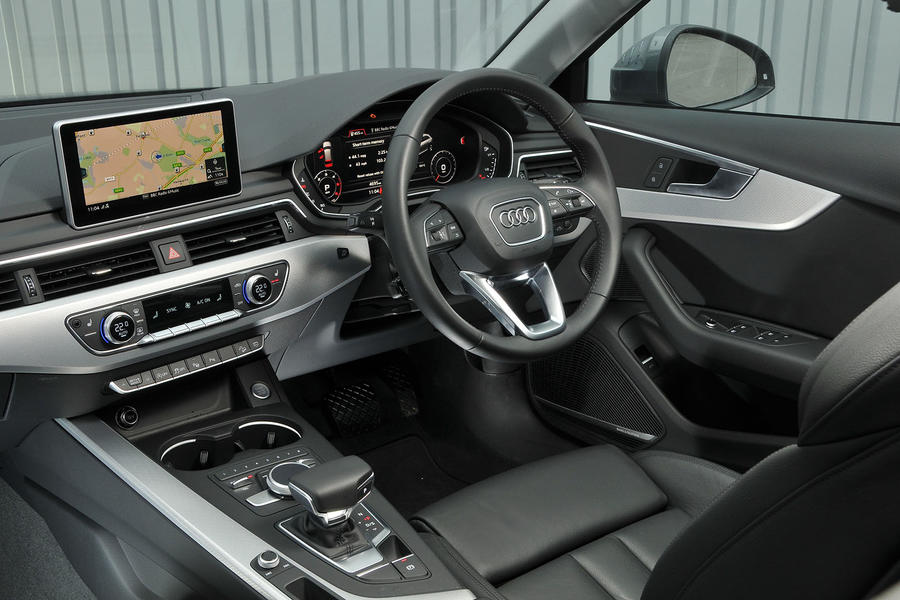 Powertrain aside, the Allroad is very refined and secure. Its ride and handling can be tailored to your taste, if you opt for the adaptive dampers, from a little-too-soft for perfect high-speed motorway body control in Comfort mode, down to surprisingly upright and taut in Dynamic mode. Leave the car in Auto, however, and adaptive suspension does what it’s there to do – adapt to the changing surface of the road underneath you – and, thanks to the Allroad’s extra wheel travel and softer springing, it simply handles the broad range of surfaces you encounter in the UK with greater compliance and dynamic versatility than a standard A4. There’s little feel or positivity to the steering, and the car’s cornering manners are more about security than poise – but that’s the A4’s familiar compromise. It isolates, it soothes, it relaxes and it reassures.

On the inside there’s little to report, the Allroad being is exactly like an A4 Avant. So the cabin feels very well constructed and expensively fitted out; the instrumentation and infotainment systems are first-class (particularly with Virtual Cockpit optioned); comfort is good, with room for all but the tallest of adults in the back seats; and boot space is 505-litres with the seats in place, which trumps both a BMW 3 Series Touring and a Mercedes-Benz C-Class Estate. 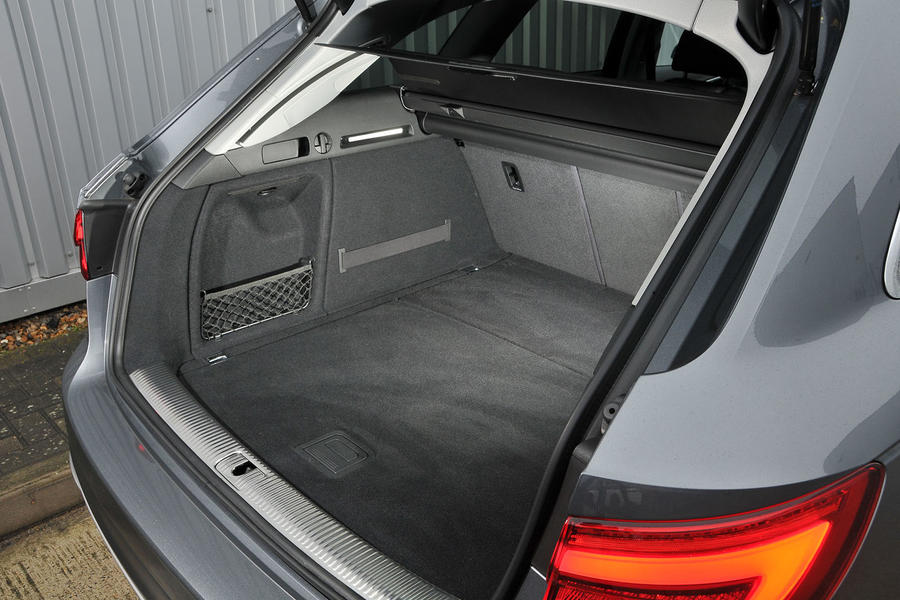 If you’re minded to make any kind of Audi compact executive your next car, you should think long and hard about this one. Ingolstadt’s A4 range is a complicated one, between saloon, Avant estate, S-badged performance options and the Allroad. That’s without counting any A5s now that particular range is fully fleshed out again, or the new Q5 which goes on sale imminently.

People buy Audis for all sorts of reasons, German quality, desirability and design appeal being chief among them. And while an A4 Allroad clearly isn’t going to scratch the same itch as a svelte, purposeful-looking Sportback, it does add greater comfort and capability into an already pretty convincing mix of virtues, and it’s better-suited to life on British roads than any of its immediate relations.

Oops, get in before the grammar police arrive....

Autocar, when are you going to add a "rant button" that uses AI to save people the bother of having to extend any effort in things that can be predicted? You could creat bespoke automated rants based on simple principles. Lazy naughty Autocar. Think of your readers.
stinhambo 18 February 2017

With such a dramatic slope in

With such a dramatic slope in the rear door, there's barely any more usable space in the boot than a sedan. I prefer my estate cars to be squarer at the back.
View all comments (8)