This is our first opportunity to drive a four-cylinder diesel version of the new Audi A4 Allroad quattro, fitted with Audi's 2.0-litre TDI engine. With 187bhp it should prove potent enough, while offering a £1500 saving over the next cheapest engine in the Allroad range.

Like the 3.0-litre TDI and 2.0-litre TFSI we’ve already tested, the 2.0 TDI 190 comes as standard with quattro four-wheel drive and Audi’s S tronic dual-clutch automatic gearbox. That means it’s £5000 more than the cheapest regular A4 Avant diesel, but that has less power, front-wheel drive and a manual gearbox.

Then again, a two-wheel-drive Allroad would arguably be a bit pointless, seeing as the whole idea is to give the Avant a bit more off-road ability. It has an increased ride height, an off-road mode for Audi’s Drive Select system and bumpers that at least give the impression of skidplates. It may sound a little tame, but it’s certainly a formula that works for Audi's sales figures. 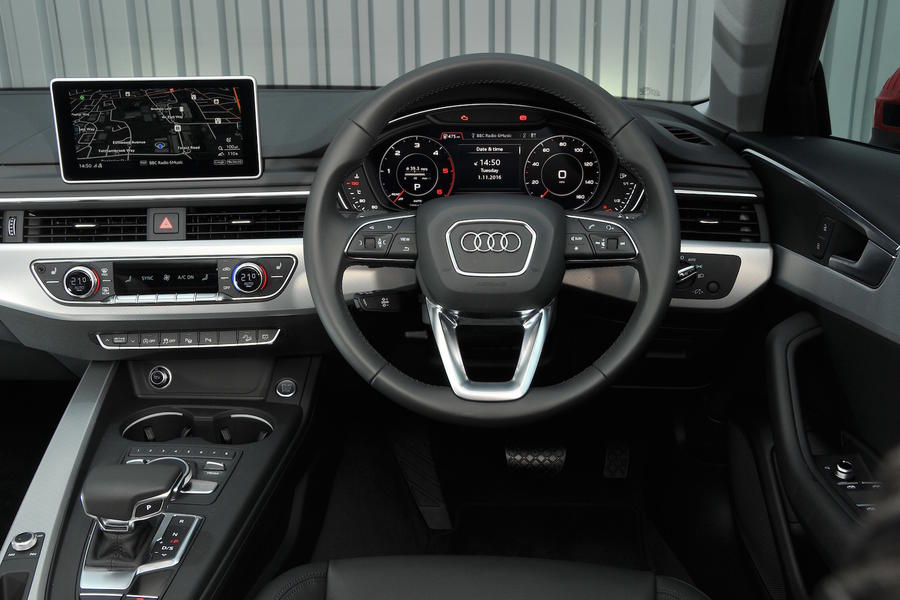 Like other Allroad models, you won't notice any big changes from behind the wheel - the interior is virtually identical to any other A4 in the range. Everything feels impeccably constructed, the rotary dial-controlled infotainment system is a doddle to use and the interior's design looks good, in a minimalistic German way.

The view of the road isn't any different, either. Between subtly lifted suspension and tyres with a taller sidewall, there’s just 34mm of extra ground clearance when compared to a standard A4 Avant.

Yet start driving and the A4 Allroad reveals a character that’s quite different to the Avant that it's based on. While that car is certainly no uber-firm handling machine, the Allroad feels a bit softer over crests and compressions. 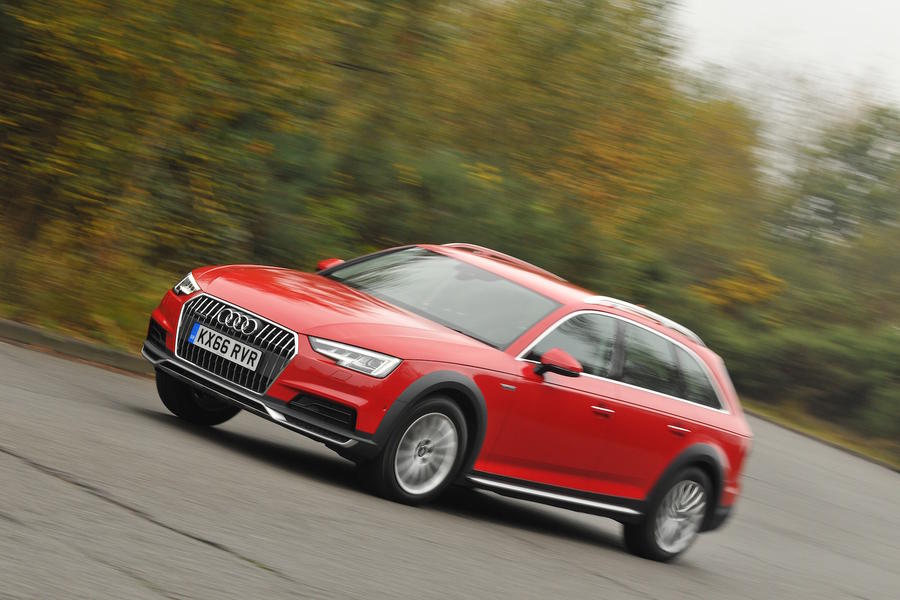 The ride isn't wallowy, but you do feel more vertical movement than you’d get in the conventional Avant. At speed, the Allroad is actually rather pleasant, giving the car a relaxed gait that suits long distance journeys.

However, over rougher surfaces with sharp-edged obstacles, the A4 Allroad doesn’t feel anywhere near as pillowy. It’s never crashy, but you get jostled around far more than you’d expect. Given the relatively small 17in wheels with the fattest sidewalls we’ve seen on a road car for some time, this is disappointing. Adaptive dampers are an option, but our experience suggests that they aren’t worth the additional £900. 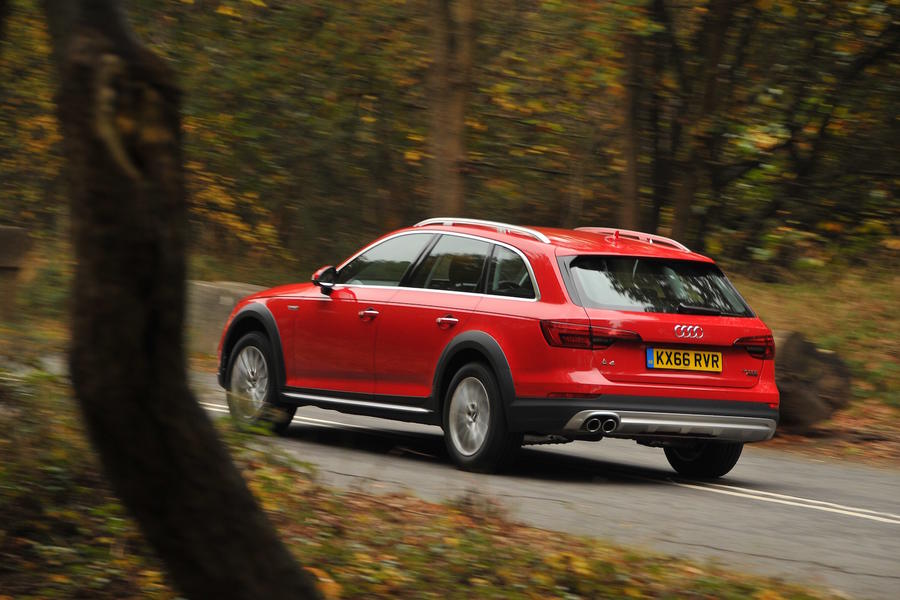 As you’d expect, the handling isn’t as keen as in a regular Avant. While the Allroad still doesn't lean over too much in bends, there's noticeably more body roll, and the steering isn’t quite as precise, either. The handling balance is very nose-led, but you certainly feel the torque being sent rearwards coming out of slow corners, especially in slippery conditions.

The engine feels brisk enough for the majority of situations. It's urgent enough under part-throttle loads and quick enough to carry out safe overtakes without needing too much of a gap. It’s also very refined for a four-cylinder diesel, with barely any vibration coming through the controls and little engine noise to hear inside. Ultimately, though, the 215bhp 3.0 TDI V6 engine is even smoother and barely any more expensive to run.

Of all the A4 Allroads we’ve driven so far, this is the version that’s easiest to recommend. It may be the slowest in the range, but it’s potent enough bearing in mind the slightly squidgy suspension, refined, and much cheaper to buy than the full-fat 268bhp V6 model.

Even so, we still feel that the regular A4 Avant is a better value estate car, while a Q5 SUV makes much more sense if you like the idea of an elevated driving position and off-road styling.

This will cope with any terrain which 99.9% of the jeep owners are going take on. But then again so will the quattro Avant. Might as well save the money then.
dimekoza 8 November 2016

Wondering about the Ultra

Wondering about the Ultra Quattro AWD in this car, and how it compares to the classical (Torsen diff.) setup.
Lovema75 7 November 2016

At last an Audi without a rock hard ride, and it looks good too.

I approve - send me one at once.