It has a wing. That’s the easiest way to spot that this Aston Vantage is the unlimited-in-number-but-limited-in-colour new range-topper, the F1 Edition.

You can only order it in green, black or white, and it marks Aston Martin’s entry into grand prix racing this year. But it’s not just about making it look like Formula 1’s safety car: the depth of other changes here fundamentally shifts the character of the Vantage.

It’s said the Vantage should be the most aggressive of Aston’s various coupés and roadsters. What with the DBS Superleggera and DB11 AMR, I’m not sure how much clear air sat there. So incoming boss Tobias Moers set the engineers a pretty specific task: without just throwing power at it, make the Vantage lap the Nürburgring 15 seconds quicker.

To do that without shafting the ride quality was, you suspect, quite demanding on dynamics engineers; but, as you might have noted from our recent awards, Gaydon has some quite good ones.

The wheels are an inch bigger, at 21in, and fitted with a lower-profile tyre: 255/35 up front, 295/30 at the rear. The new aerodynamic addenda, including winglets up front, boost downforce by 200kg at top speed. 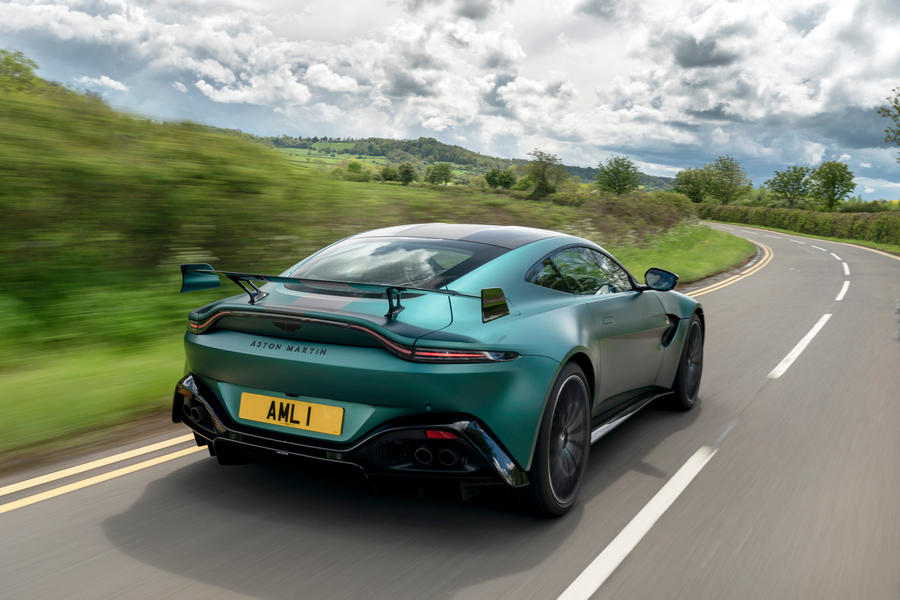 All of those changes sound like they’re performance-enhancing, and I’m often hesitant about a car that chases a lap time, but there’s no need to be here. Yes, I think the F1 Edition feels a little firmer than the regular coupé (which remains on sale), but it has some compliance to spare.

The softest of its driving modes is fine on crummy British country roads, and while Track mode is, er, better only on a track, the medium setting is usable on decent asphalt.

Body control is terrific either way, its steering is keen and you get a lot back. It doesn’t feel full-on Porsche 911 GT3 levels of focused, just the Vantage turned up a few notches.

On track, it’s the increased body control and greater traction that are most evident. The regular Vantage is an exceptionally mobile car, and very entertaining with it: turn in and it’s keen to rotate and, with the application of the 4.0-litre turbo V8’s torque, it will whip into a slide in no time. Things are considerably more serious here. Composure and traction and feel have all been ramped up. It’s less hoonable but ultimately much better, and when it does slide, it still does so with fantastic controllability.

There is a bit more power to go with it, by the way. At 528bhp, just a 25bhp increase. Torque is unchanged, at 505lb ft, but it hangs around a bit longer in the rev range.

The eight-speed torque-converter gearbox has a more distinct torque cut between gearshifts and, although never as snappy as the fastest dual- clutch ’boxes, it’s responsive enough, and I like the low-speed amenability of a conventional automatic.

There’s a new mix of Alcantara and leather inside, but the fundamentals are the same. There are some plastics and graphics you ought not find on a £142,000 car, but also supportive seats and a sound driving position. With high windows and little visible bodywork, the F1 Edition feels its size from behind the wheel. It’s 2.15m wide, mirrors included – although when you look in those, you get a great view of the haunches and that wing sitting over the top of them. 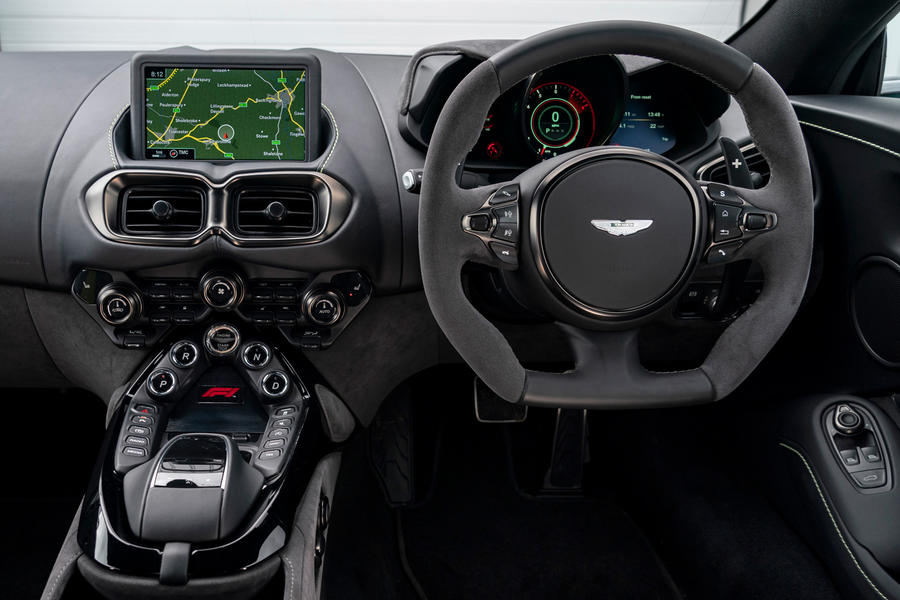 Whether you like such shoutiness or not, it’s a nice reminder that you’re driving a car that re-establishes the Vantage as the keenest Aston to drive. 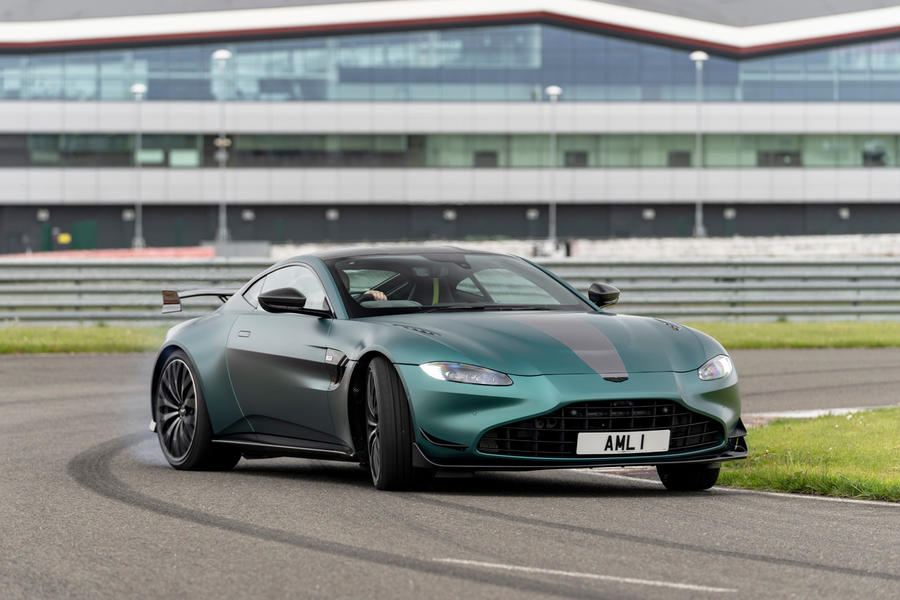 The original Vantage, flawed though it was, was a lot better looking than this.

alicebudda 23 June 2021
Girls for sex in your city - bit. ly/4you4Ever
dobermann 23 June 2021
Lawrence Stroll is the worst thing ever to happen to AM.

The F1 Vantage smells of desperation marketing and the gastly rear wing is straight out of Halfords.

Don't get me started on the Speedster or the nonsense £3m Bond DB5.

Let AM die with dignity.