Among the many, many achievements to which it can lay claim, the Toyota Hilux can perhaps declare itself to be one of the most appropriately named vehicles of all time. High? You betcha. Luxurious? Darned straight. Well, if you compare it with its somewhat minimalist contemporaries, that is. It’s still no Bentley Bentayga.

But what the Hilux – and more specifically the notably hard-wearing seventh-generation version that was made from 2004 to 2015 – lacks in opulence, it more than makes up for in sheer reliability and ease of use.

This Hilux – with its rounded front end and more recognisably car-like dynamics than earlier iterations – is still commanding strong money on the second-hand market. Whether you’re after two seats or five, a 2.5-litre or 3.0-litre diesel engine, bog-spec farm hauler or blingy urban cruiser, there’s a good selection of clean trucks to choose from, ranging in price from around £6000 to £22,000. 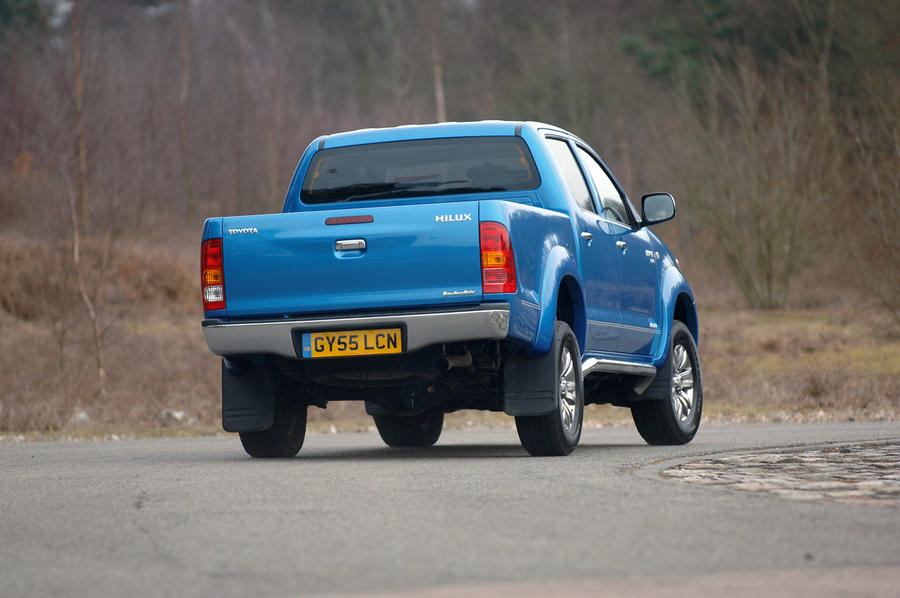 You needn’t be as hesitant to fork out that sort of cash as you might be with most used cars; not only is the Hilux every inch the unkillable, go-anywhere workhorse that it was designed to be, but it’s also got a fantastic aftermarket support network and is unlikely to drop in value any time soon.

What you’ll pay does rather depend on what you need your Hilux to do, though. If you’re, say, a tree surgeon who needs something dependable to lug three passengers and tonnes of wood through forests on a daily basis, you probably want a low-mileage, post-facelift truck equipped with chunky off-road tyres, a bed canopy and a towbar, so prepare to pay top dollar. If you just want a daily runabout that’s good for the occasional tip run, you could get away with a tatty single-cab that’s previously been run by a utility company for around the £5000 mark.

High mileages shouldn’t necessarily scare you off, either. It isn’t uncommon to hear of Hiluxes with more than 250,000 miles on the clock and seemingly factory-fresh engines – which is why they’re in such high demand in the fierce landscapes and climates of places like East Africa and the Caribbean – and there’s very little to break that would prove terminal.

It’s a testament to the Hilux’s hard-wearing nature that even the most abused examples manage to steer well clear of the scrapheap. This isn’t the cheapest load lugger you can buy, but for the frugality, dependability and all-round usability a Hilux offers, it’s really not bad value. Just make sure the previous owners haven’t ‘had their money’s worth out of it’, as it were. 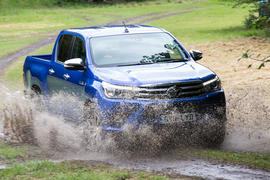 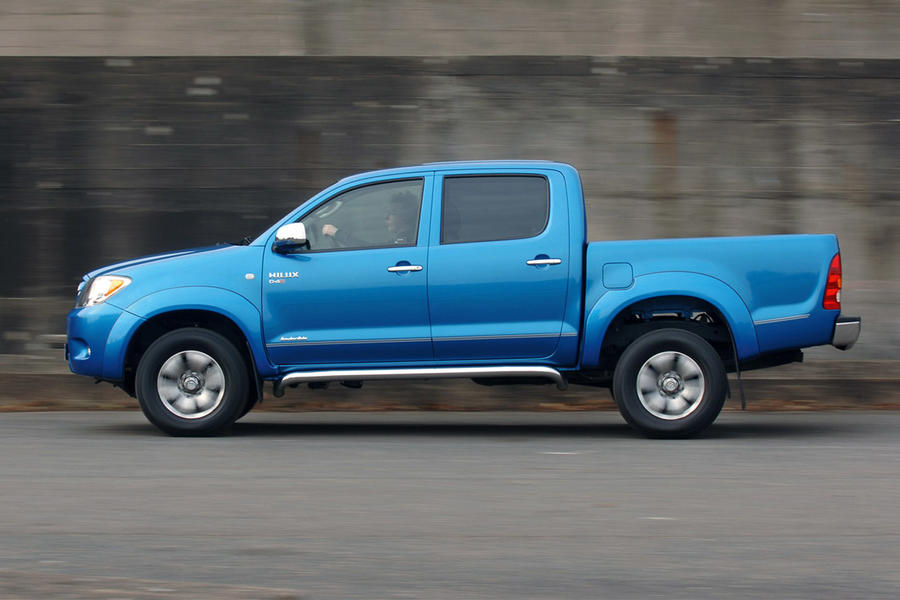 Clive Worswick, Bucklow Garage: “The first thing to do is check out the place you’re buying it from. That’s 90% of it, before you start wasting your time looking at the truck. They’re pretty strong old lumps, but it’s down to where they’ve been, what they’ve been used for and who’s used them. The problem is utility companies don’t release histories due to data protection, but it’s like everything you buy: get it checked over properly or buy from a well-established dealer.”

■ Engine: Diesel motors, particularly the 3.0-litre ones, are sensitive to poor-quality fuel. If there’s smoke on start-up or a tapping noise at idle, set aside £1000 for new injectors. Fuel injector seals on the 2.5 have been known to leak, letting oil drip into the cylinders. This could lead to a blocked oil sump pick-up, starving the engine of oil. Toyota issued a recall for this, so make sure the work has been done and the oil pick-up is clear.

■ Body: A well-maintained Hilux will stand out in a crowd. It’s a rugged, capable load lugger, and in practice it’s used very much as intended. The body is constructed from thinner metal than in previous generations, so check for dents and bodged repairs all round, especially underneath. Pay particular attention to the sill on the driver’s side; it’s known to rot after the paint wears away.

■ Electrics: The Hilux is mostly resilient in this area but can still develop niggles. Electric window mechanisms are a known weak point, and early models were recalled after it was found that the steering wheel could damage wiring in the column, deactivating the airbag. Check this has been fixed. 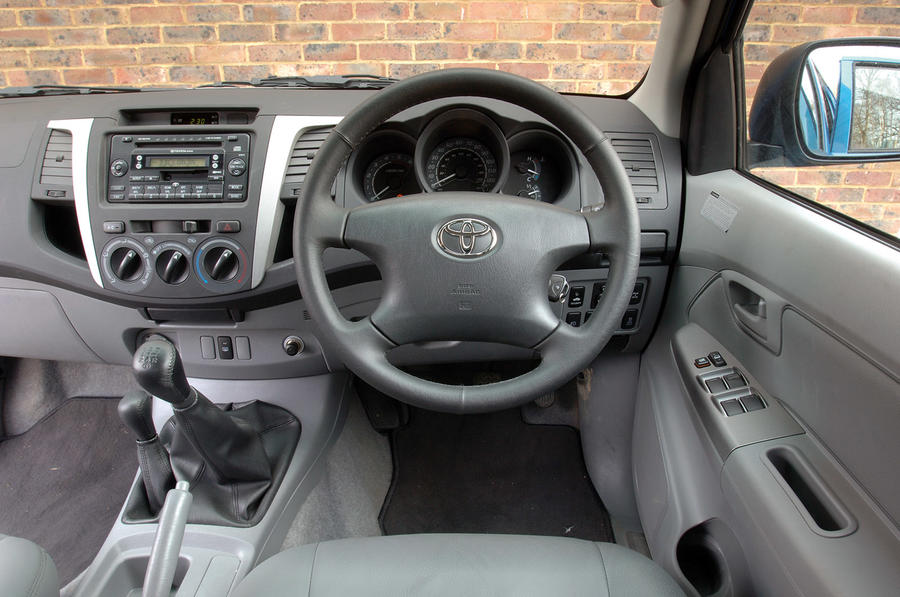 ■ Suspension, steering: As with all heavy-duty off-roaders, rubber suspension components will have been worked hard and should have been regularly replaced, so give them a thorough once-over. The front axle is hidden behind a steel undertray, making it hard to access and discouraging regular maintenance. This can mean fluid leaks and vent blockages often go unrectified.

Because its bodywork and mechanical components age so well, the Hilux is especially vulnerable to clocking, with unscrupulous sellers knocking the odometer back by a few thousand miles to make it appear more lightly used than it has been. Use the online MOT history checker to make sure there are no suspicious anomalies in the yearly mileage readings.

£15,000 and above: Last-of-the-line seventh-gen models with the 3.0-litre engine, recent MOTs and unblemished bodywork. 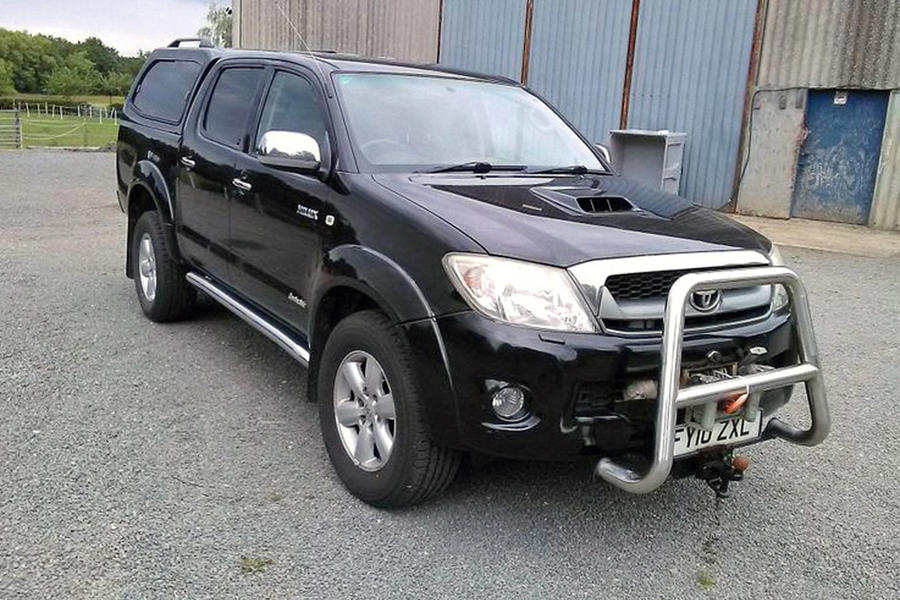