The fun-loving rear-wheel-drive coupé is almost identical in every way to its Subaru BRZ sibling and either makes a great used car. We explain why
Open gallery
Close

For its greater availability at prices ranging from £8500 to £26,000, plus the possibility of covering older examples with a Toyota used car warranty that’s great value for money, the GT86 gets our vote. There’s no official Subaru warranty but dealers offer something called AutoProtect.

Toyota servicing prices tend to be a little lower, too, and you’re more likely to have a Toyota dealer on your doorstep than a Subaru one.

Used GT86s are available in at least eight flavours ranging from the standard car through Giallo to Club Series Orange Edition. Standard models are well equipped, highlights being sports seats, cruise control and air conditioning. Options were plentiful across the range, the most popular being leather and a sat-nav. 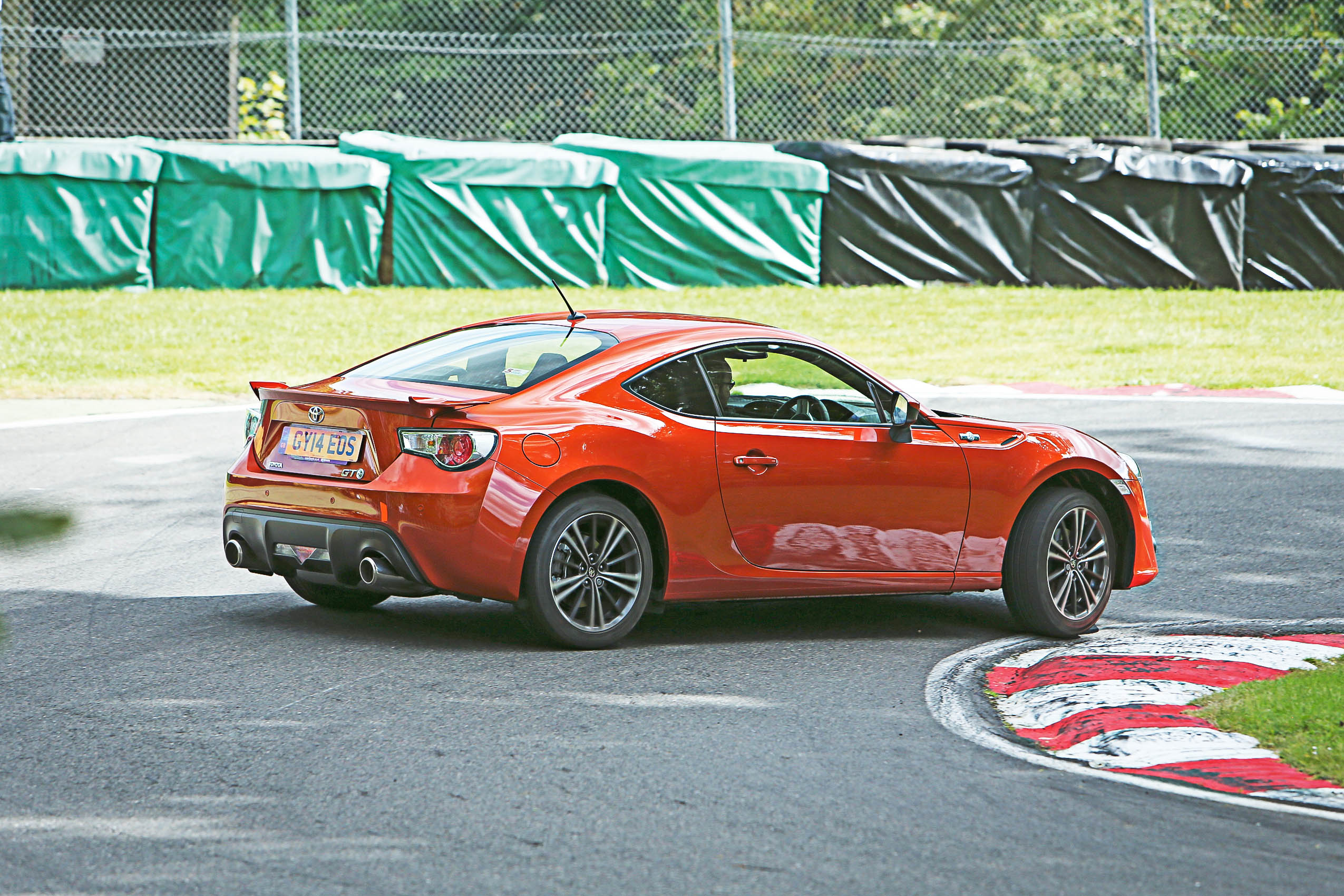 The limited-edition TRD (Toyota Racing Development) of 2013 was an interesting variation with sportier wheels, a body kit and a quad exhaust system but no extra power. At the time of writing, the cheapest example is a 2013/13 with 46k miles for £15,500.

The BRZ was a simpler proposition offered only in SE and SE Lux trims. The only significant difference between the two was leather seats. Such conservative trim designations, more suited to an executive car than a 2+2 sports coupé, reflect the BRZ’s slightly more restrained character compared with the extrovert GT86.

Both models were launched in 2012, powered by the same 197bhp 2.0-litre flat-four engine driving the rear wheels via a limited-slip diff with switchable vehicle stability control to keep things in check. The engine needs to be revved: peak power comes in at 7000rpm and peak torque, all 151lb ft of it, at 6400rpm. 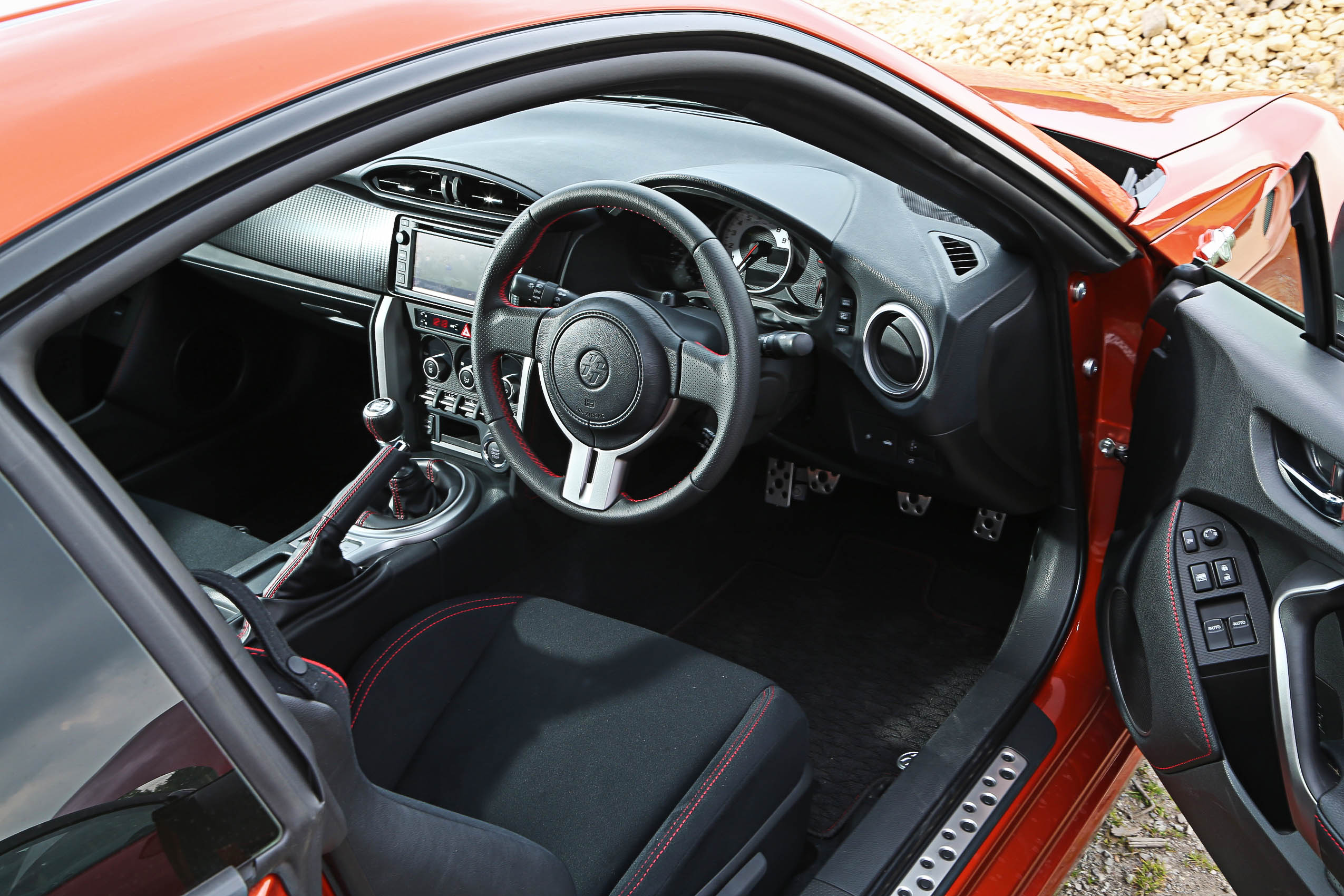 There’s a quick-shifting six-speed manual or a six-speed automatic with steering wheel-mounted manual shift paddles and downshift throttle blipping. The touchy-feely manual is the ideal pairing, which is possibly why the cheapest GT86s are early autos. At least they’re free of the second-gear synchro problems that aff licted early manuals.

The auto is slightly more economical too. In 2014, the GT86 got tyre pressure monitoring and carbonfibre-effect dash trim. A new, entry-level model, the Primo, also arrived, again with an LSD. At the same time, Subaru, still playing it cool, announced the availability of the SuperPro rear lower control arm with camber adjustability. Just what enthusiasts wanted.

Through 2015 and 2016, Toyota piled on more special editions, including the Bianco and Aero, until in 2017 it finally gave buyers what they were looking for: a little more low-end power. These cars start at £20k. However, given the GT86 makes a great weekend and track-day car, a thoroughly modified, 2012 first-gen example with low mileage for £6k less looks like money better spent. 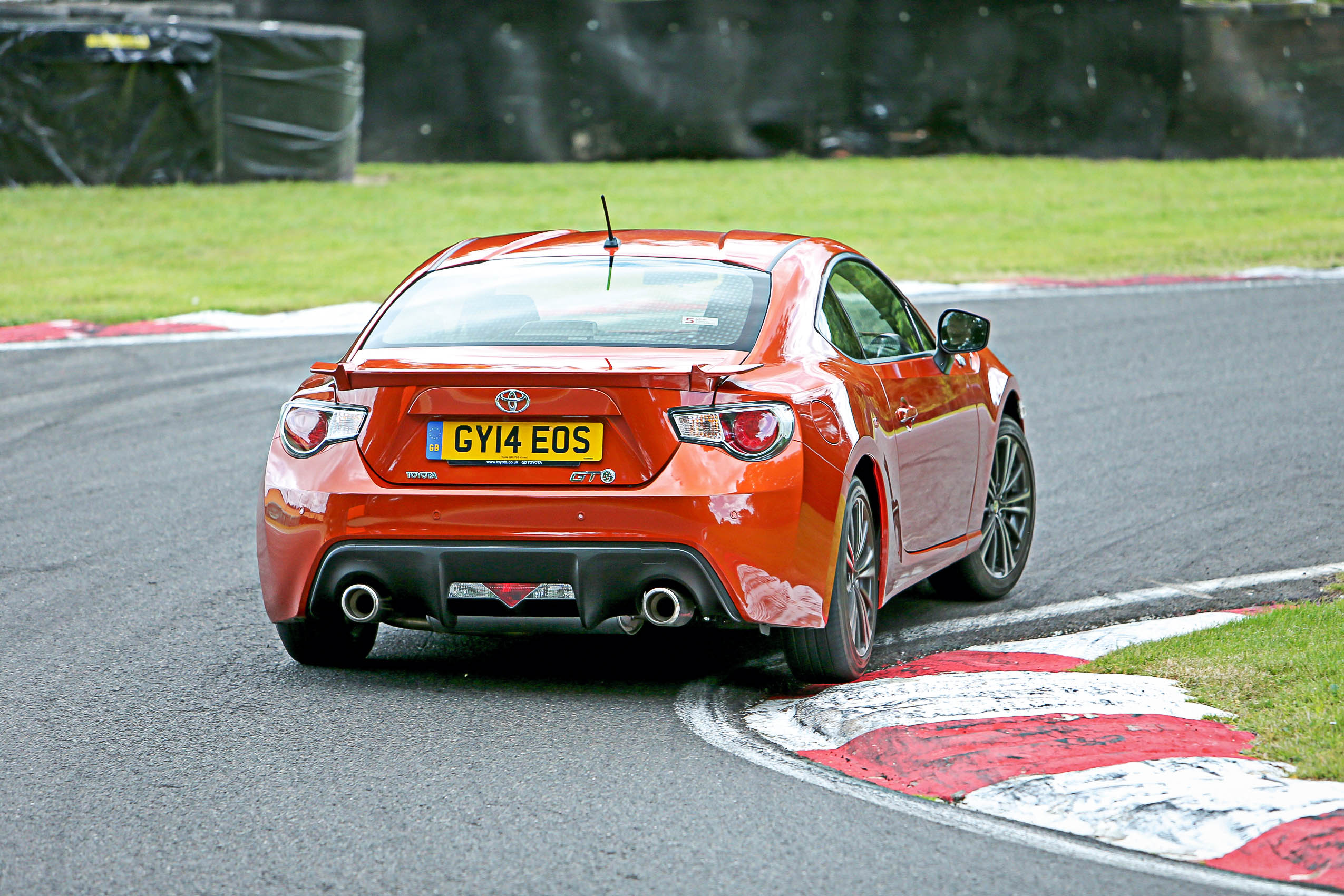 “The GT86 and BRZ are rock-solid cars. Early ones had valve timing issues, and second-gear synchros can be notchy, but otherwise they’re trouble-free. The clutch is strong but a forced induction kit will wear it outquickly. Your biggest concern will be whether it’s been a track-day car and if it’s ever been crashed. Are there signs of damage? Are repairs to standard or bodged? A few cars have had power and handling tweaks.

These are okay if they’ve been done properly. Ask for receipts and research the suppliers. We do a handling pack that enhances handling performance without trashing ride comfort (£994). Our performance pack (£1314) features a full Milltek exhaust and an ECU remap to give an extra 25bhp.”

Transmission - check second gear engages smoothly. The triple-cone synchros can be slow to work when cold, causing a graunchy change. Some owners recommend pausing in neutral after first gear, then engaging second with a firm shove. Technicians recommend fresh fluid.

Gear - Some owners will have swapped the slidy Michelin Primacy tyres for 225-section rubber on wider rims offering better grip. The Vehicle Stability Control can be partially disengaged but, to switch it off completely, follow the complicated procedure outlined at FT86club.com.

Body - Owner forums are full of tales of misted-up tail-light lenses. Cars still in warranty will be given replacements. Also reported is corrosion around the bottom of the quarter light pillar.

Interior - GT86ownersclub.co.uk lists feedback from its rattles thread. The biggest culprits are the rear seats and trim, parcel shelf and lower dash. Tweeter covers, engine covers and dashboard brackets also come in for criticism. On early cars, a rattle from the gearlever above 4000rpm was a warranty issue. 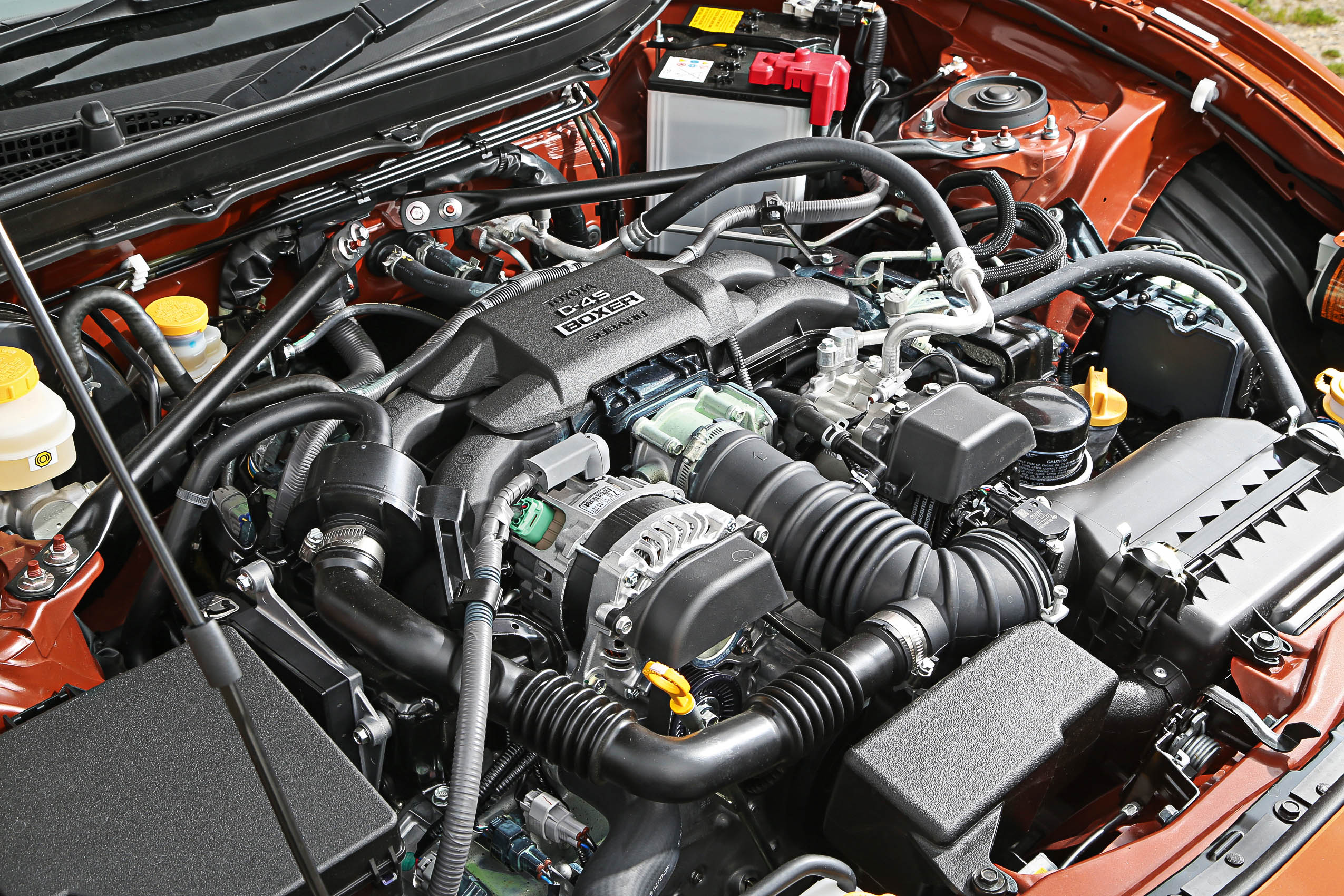 Toyota charges just £516 for two years’ (or 30,000 miles, whichever comes first) extended warranty cover on a 2012-reg GT86 such as the ‘One we found’. If you prefer, monthly payments are £43. Car hire, hotels and MOT cover are included but the car must be serviced by a Toyota dealer each year.

TOYOTA GT86, 2012/62, 36,000 MILES, £12,499 - This private sale manual car has full Toyota service history (last serviced February 2018). Seller claims its two previous owners were a police officer and a doctor, the implication being that it’s never been hoofed and it’s in rude health. Still do your checks, though.

It pains me to say it

I 'get' purity of handling etc but what a waste of a chassis , you had Subaru as a donor who have produced the most wonderful character turbo engines for decades and instead they put in a gutless donkey of an engine . This car is clearly aimed at American college kids as a cheap fun entry to the Toyota range . As for looks I stand by my assessment that it's bland beyond belief , if Nissan can produce the z range and even poor old Peugeot can turn out the half decent RC what were Toyota thinking . It's always going to be a could have been car , sadly .
si73 30 April 2018

As I said, I really like the fact it's na, using all the revs is something I enjoy but I also agree re Subaru's turbos, one could or should have been offered above the standard engine, for me I'd be happy to stick with the na but I am sure many would appreciate even more performance. Also agree re the nissan Z cars, they also appeal greatly, totally different market and price point though.

"Early ones had valve timing issues" Toyota? Shame on you.

Bland? Each to their own, I really like them, slow? I really dont see how their performance is slow, maybe not as fast as some hot hatches but neither is an mx5, but it still isn't slow. Personally I love the fact it's naturally aspirated as that to me makes it more fun, using the revs rather than riding a torque wave like a diesel hatch. One day maybe.