BACK TO ALL NEWS
Currently reading: Used car buying guide: Chevrolet Corvette C3
UP NEXT
Insight: what we've learned from June car sales

It’s easy to be wooed by the sight and sound of a third-generation Corvette – and you can buy one for £12,000
Share
Open gallery
Close
Share story

The new Chevrolet C8 Corvette may be the first in the model’s history to officially be sold in the UK, but it certainly won’t be the first to touch our Tarmac. Imported examples of the C3 generation (1968- 1982) are easy to come by here so you could own one of the most radically styled and iconic American cars of all time from as little as £12,000.

Available in coupé and convertible guises, the C3 ’Vette took its power from a variety of small- and big-block Chevy V8 motors during its 14-year lifespan, packing up to 460bhp from a whopping 7.4-litre unit in its most potent form. Later models, however, suffered at the hands of tightening emissions legislation throughout the 1970s, with unleaded fuel and catalytic converters reducing their output to as little as 165bhp – despite the 5.7-litre V8 under the bonnet.

Go for an early model if you want big power and properly lairy styling. Late 1960s and early 1970s cars packed mostly 7.0- or 7.4-litre big-block motors and could crack the 0-60mph sprint in as little as 5.5sec. Take heed, though: American roads are straighter, wider and better paved than our humble byways, and such earth-shattering potency is not for the faint-hearted. They’ll also be more expensive to run than their quieter (it’s all relative) counterparts. 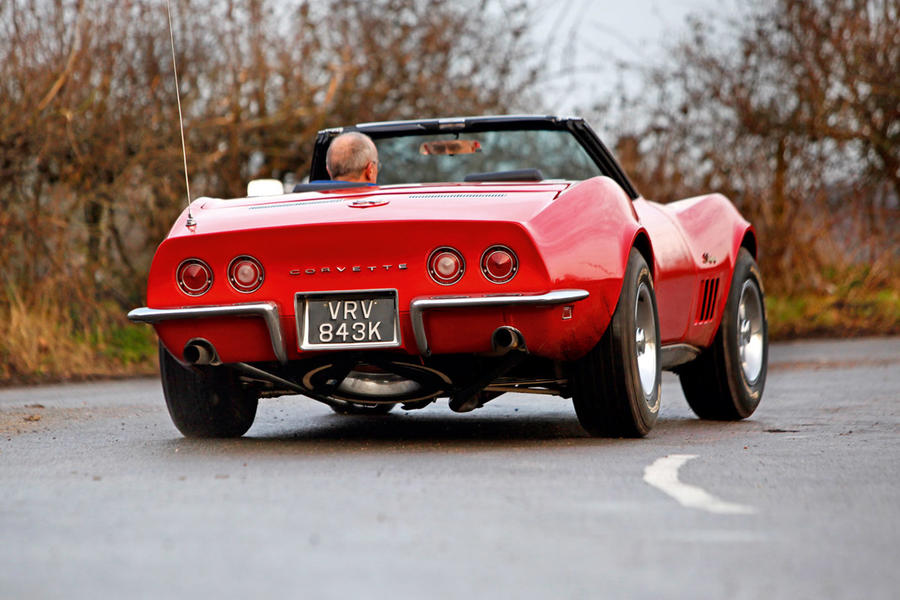 Whatever your poison, you’ll find the C3 is about as easy to own and maintain as any other sports car of its era. Reproduction parts are readily available through suppliers such as Claremont Corvette, Eckler’s Corvette and Corvette Kingdom, and the Classic Corvette Club UK forum is a fount of knowledge for prospective buyers and owners alike. These resources are invaluable given the C3’s propensity for glassfibre panel problems and electrical gremlins and mean most jobs can be carried out at home if you’re handy with the spanners.

Despite the C3’s age and collector car status, there’s a wide variety of models available on the UK marketplace, ranging from tatty, run-out T-tops to showroom-condition chrome-bumper cars with the all-important Stingray emblems, which were discontinued in 1976. You might have to venture to the other side of the Channel to find the car you like – there are plenty of C3s for sale at specialist dealerships in Belgium, Germany and the Netherlands – but trailering a car, even if it’s right across Europe, is much more cost-effective and less risky than importing from the US.

When viewing a car, try not to be seduced by its radical styling on first sight. C3 frames rust for fun and you have to dig deep to determine the extent of any corrosion, so take a leaf out of Prince’s guide to Corvette ownership: “You got to slow down, ’cause if you don’t, you gonna run your little red Corvette right in the ground.” 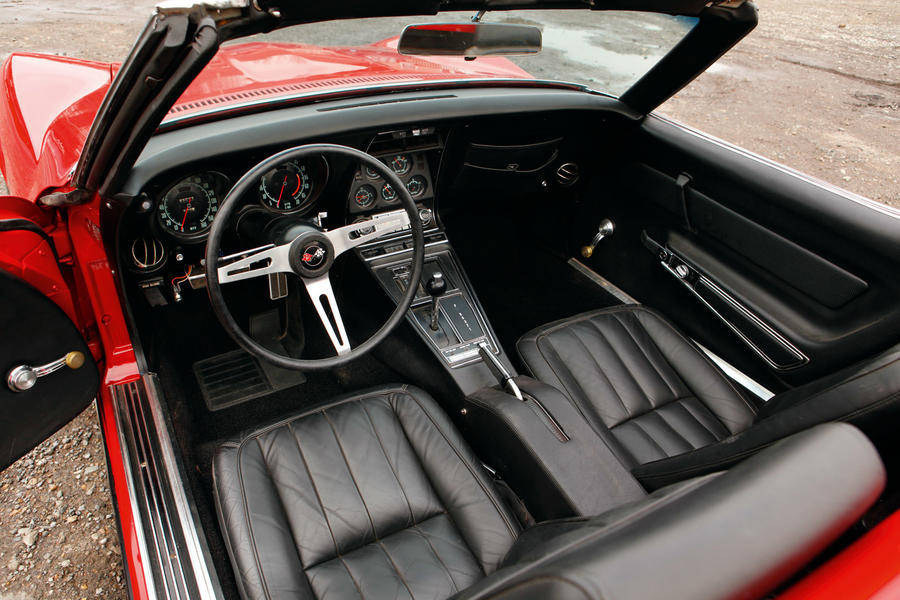 Matt Eaglestone, Thunder Road Classics: “They’re very docile – apart from the manual big-block cars. The standard small-block automatic is a very easy car to drive, with its power steering and power brakes. But they can be challenging to work on because there are a lot of systems people won’t be familiar with. For example, the headlights are vacuum operated, so you’ve got vacuum tanks, actuators and lots of pipework. The little flap that the wipers are hidden in is vacuum operated, as well.”

■ Engine: Undue levels of smoke or rough running shouldn’t scare you off: the Chevy V8 is a simple motor and a full rebuild is quite feasible. Failing that, brand-new crate motors are readily available in the UK from around £2500. Big blocks suffer with cooling woes, so make sure the radiator, fan shroud and pipework are sound. 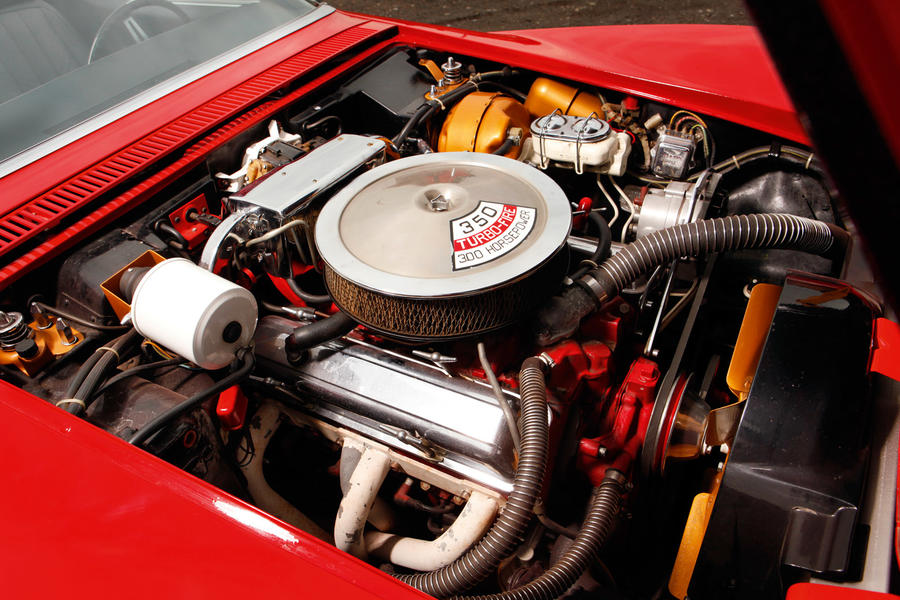 ■ Body: A C3 Corvette can pack acres of rust underneath a shining glassfibre bodyshell. Check around the rear trailing arms but pay particular attention to the ‘birdcage’, which forms the shell for the cabin. It’s largely out of sight and access is tricky but it forms an integral part of the car so problems here can be fatal. Wonky door gaps are a telltale sign that the chassis is sagging.

■ Interior: The cabin is known for poor durability. Leather and vinyl seats can stand the test of time, but dashboard tops and centre consoles are prone to cracking. Door cards – an especially fragile item – are surprisingly expensive, costing upwards of £200 apiece.

■ Electrics: Most Corvettes of this age will have had significant work carried out so check that all wiring has been run neatly through the car and is properly earthed – a common bugbear of glassfibre-bodied cars. Switches can be expensive but most parts are available through online suppliers.

■ Steering, suspension: Noisy, heavy steering can sometimes be traced to low fluid in the power steering box. If the steering gets lighter at higher revs, the pump could be on its way out. Check the bracket holding the power steering cylinder to the chassis, as it’s known to wear. Aligning the rear suspension is not for the faint-hearted and may require specialist attention. 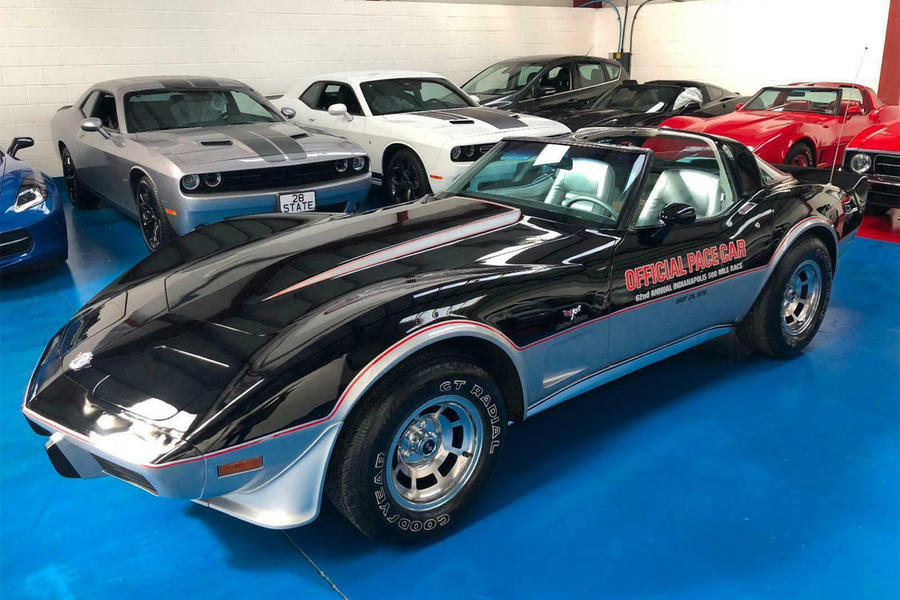 UK sales of Chevrolet Corvette and Camaro to end in August

my mate offered me his C3 big block manual convertable 12 years ago for 7 and a half grand... should've bought it, apart from the massive increase in value (have seen similar for around the 40 mark) it was the car that put the biggest grin on my face, just pulled like a train, and it handled quite well

You do realise that the "Little Red Corvette" in Prince's song is a promiscuous slapper with used condoms in her pocket with whom he once had a one night stand?

pretty much exactly like the red car pictured. As per the article rust destroyed it and it was scrapped. Wish I'd kept it!

Pity about the rust

I've always had a hankering for one of these thinking that with a glass fibre body rust wouldn't be so much of a problem, or at least relatively easily rectified.  The fact that the way it's constructed hides terminal rust has ended that pipe dream!