BACK TO ALL NEWS
Currently reading: Nearly-new buying guide: Fiat 500
UP NEXT
How Lewis Hamilton became an F1 record-breaker

If you think the cheery 500 has bags of visual appeal, take a look at its even more attractive price tag
Share
Open gallery
Close
Share story

Even before it was launched in 2008, few doubted the Fiat 500 would be a hit. The Volkswagen Beetle and, more successfully, the Mini had proved the market for retro was on fire. And so sales of the little Fiat roared ahead and, just like the Mini, it spawned spin-offs in the shape of the convertible, warm and hot Abarth versions, the 500L, 500L MPW seven-seater and 500X crossover.

But it’s the standard 500 hatch we’re interested in here – specifically, the facelifted version launched in 2015. Fiat claimed it made 1900 changes, including to the bumpers but also to the suspension and brakes, and to the engines in terms of efficiency improvements. Our tester wasn’t entirely convinced but was pleased to note that the 500’s cheeky charm remained intact.

With the 2015 facelift, buyers could choose from three petrol engines: a 68bhp 1.2-litre and a more modern twin-cylinder 0.9-litre, called the TwinAir, in 84bhp and 104bhp outputs. A few months later, an eco version of the 1.2-litre arrived boasting a tax-free 99g/km CO2, as well as a 94bhp 1.3-litre Multijet diesel for the few high-mileage 500 drivers out there. 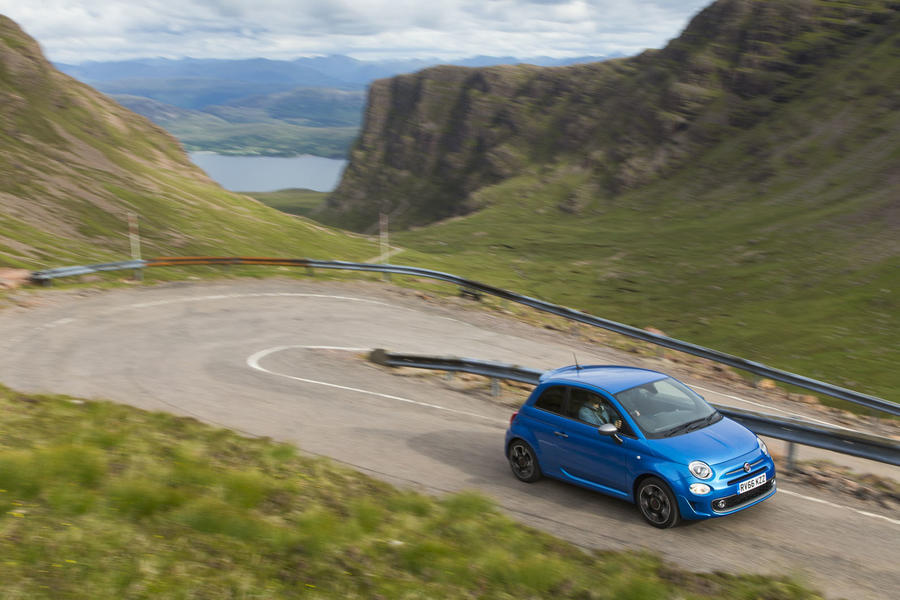 Easily the biggest seller since 2015 has been the 68bhp 1.2. The motor may lack the TwinAir’s thrummy note and is slower over 0-62mph (12.9sec compared with the 84bhp 0.9-litre Twin Air’s 11.0sec) but it’s cheaper and less juicy. Paired with Lounge trim – there are three specs: Pop, Pop Star and Lounge – it’s a charming, well-equipped runabout.

Superficially, the two 0.9-litre TwinAir motors seem like a better match for the 500. Their sound recalls the original’s air-cooled motor but they do need a light foot to return even reasonable economy, although ones registered before 1 April 2017 are free to tax. The pay-off is stronger performance and an ability to cruise more happily. 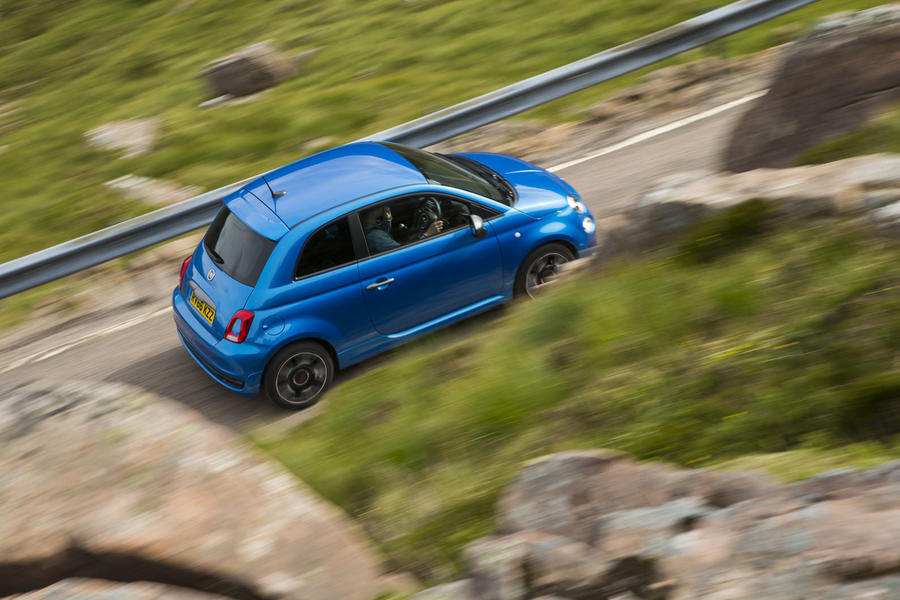 Incidentally, Fiat’s efficiency claims for the TwinAir came home to roost recently when it was forced to drop this version in the face of the RDE1 (real driving emissions) test.

Also free of road tax, at least those registered before 1 April 2017, are the 1.2-litre Eco petrol and 1.3-litre Multijet diesel versions. The diesel is a smooth, quiet and torquey unit that can get a sprint on and cruise all day long. However, it’s rare and expensive if the 20,000-mile 2017-reg example we found, priced at £8995, is anything to go by. It was dropped from the line-up last year.

A used 500 will always raise a smile, but with prices for a facelift model starting at just £4000, on second thoughts, make that a laugh. 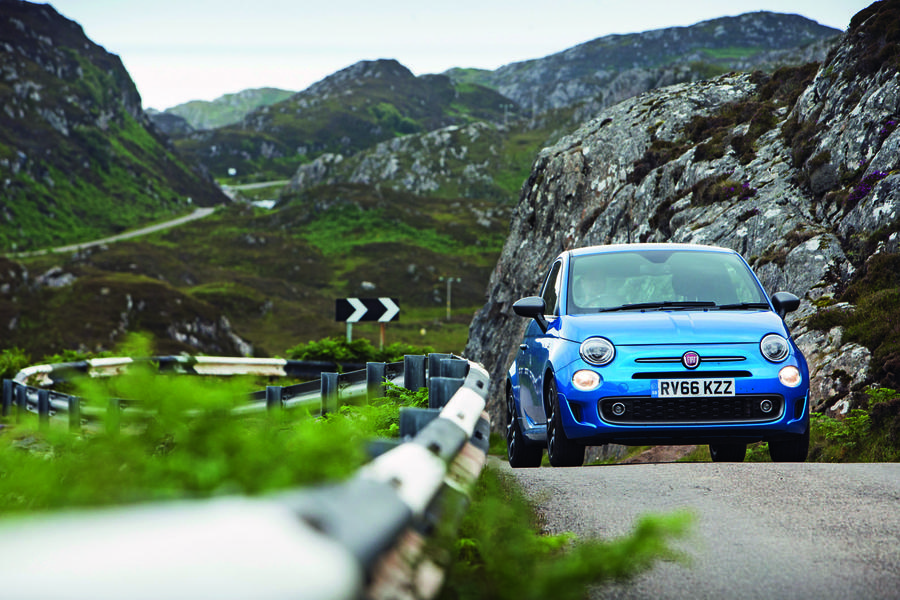 Under the old NEDC economy test, Fiat quoted 68.9mpg for the 0.9 TwinAir 85 but we achieved just 35mpg. Under the new WLTP test, Fiat quotes 52.3mpg but drivers less enthusiastic than our testers can expect 47mpg and a touch more from the 1.2.

According to a major warranty company, the previous, first-generation 500 was only “fairly” reliable, problem areas being the axles and suspension, electrical system, cooling and heating system, and gearbox. Check these on any used 500 of the later version under discussion here that you’re considering.

The 500 has been the subject of at least five recalls, including possible failure of the right driveshaft, replacement of the electric power steering system and duff info in the instrument cluster. 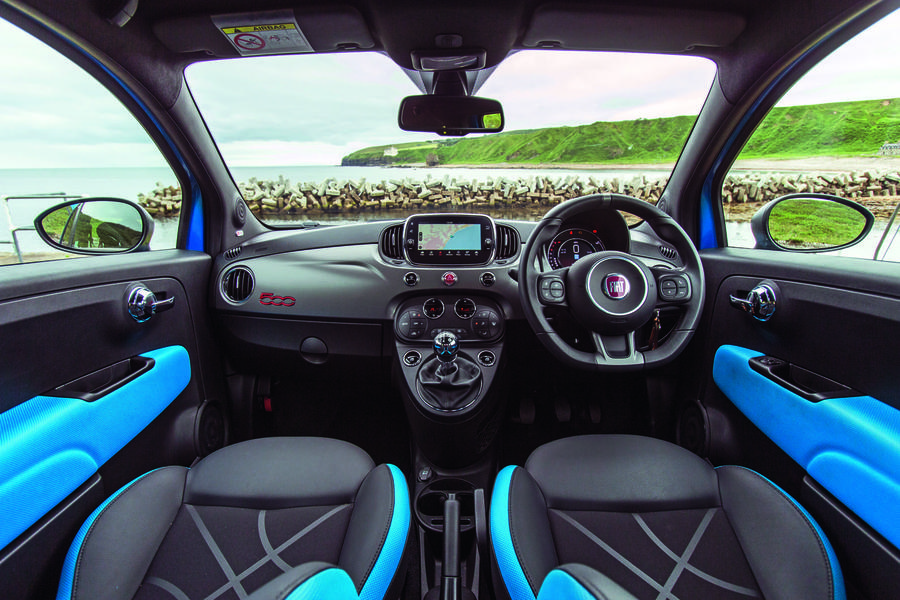 Anniversario: Launched in 2017, this 1.2 special edition marks 60 years of the 500 with special colours, vintage-look 16in alloys and striped seat fabric, plus climate control and rear parking sensors.

The two cars that could transform Fiat and Alfa Romeo​

It is very frequent that poor reliability is mentioned regarding FIAT cars. Retro style is a dubious requirement compared to the anticipated troubles.

12 September 2019
Great little cars, my sister in law ran an earlier colour collection 1.2, it was faultless and was only replaced because it wasn't big enough for the family.

I've had a twin-air from new (2011), been a great little car overall.  Overall has been very relaible ove the 60,000 miles I've run it, however two things stand out - door handles need replacing on a regular basis (I think I am on number 3 on the passengers side).  Also, and much more worrying is the chafing of the wiring harness between the body and the hatch.  The forums are awash with this issue and replacement looms are available.  If thinking about buying one I'd definitely watch out for this problem.

Finally, I've found I get about 42mpg overall, not terrible, but not great either.