BACK TO ALL NEWS
Currently reading: James Ruppert: the used cars that are tyred but not worn out
UP NEXT
New Touring Arese RH95: Coachbuilt supercar driven in UK

James Ruppert: the used cars that are tyred but not worn out

I’ve been shown some data from MOT testing centres under a freedom of information request that reveals which makes of vehicle are most likely to fail the road-worthiness examination because of sub-standard tyres.

As you know, tyres are the most important part of any car, the only contact with the road. As ever, rare offenders tend to be high-value cars with owners who have the budget and possibly company-subsidised ability to pay for main dealer servicing and parts. For some owners, tyres are a distress purchase and it is only when there is an MOT failure that they realise there is a problem. So which cars are least likely to have dodgy tyres?

Here’s some great news for Land Rover, a company that usually struggles when it comes to reliability surveys and stats. Top of the ‘least likely to fail its MOT on tyres’ list is the old Defender. I can vouch for the fact that owners become rather attached to them, hence the excellent showing where out of 81,316 MOT tests, just 1783 were failed on tyres (2.19%). I’ve been looking at some ex-army 110s and a specialist has a 1988 4000-miler for £9995 that should have some decent treads holding up its khaki bodywork. 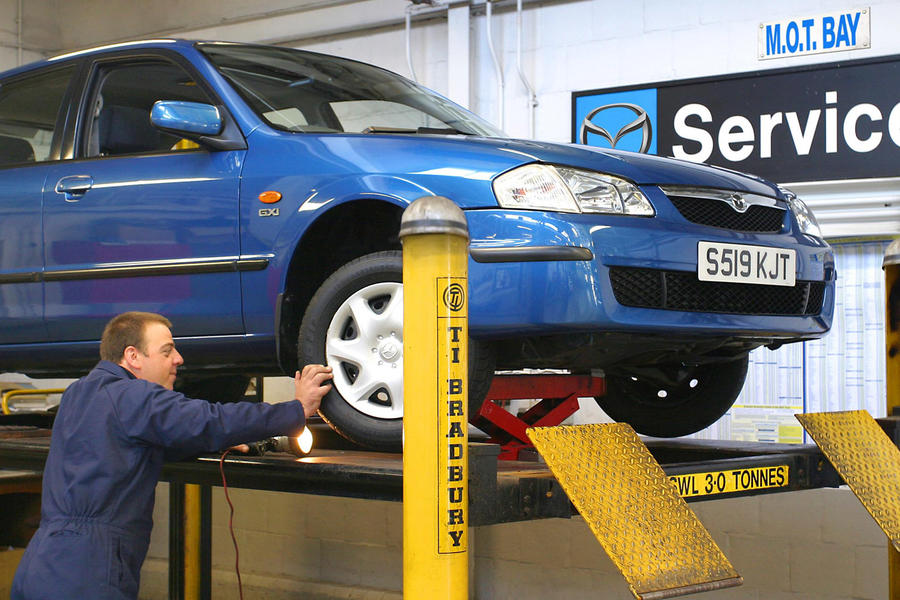 I’ll tell you the rest of the top 10, just in case none of these has taken your fancy. The Skoda Citigo, Volkswagen Up, Vauxhall Mokka, Mazda MX-5, Mitsubishi ASX and Smart Fortwo.

I believe that tyres are one of the best indicators of a vehicle’s condition and an almost infallible guide to how a car has been treated and whether you should buy it. Which cars should you avoid? That’s next week. 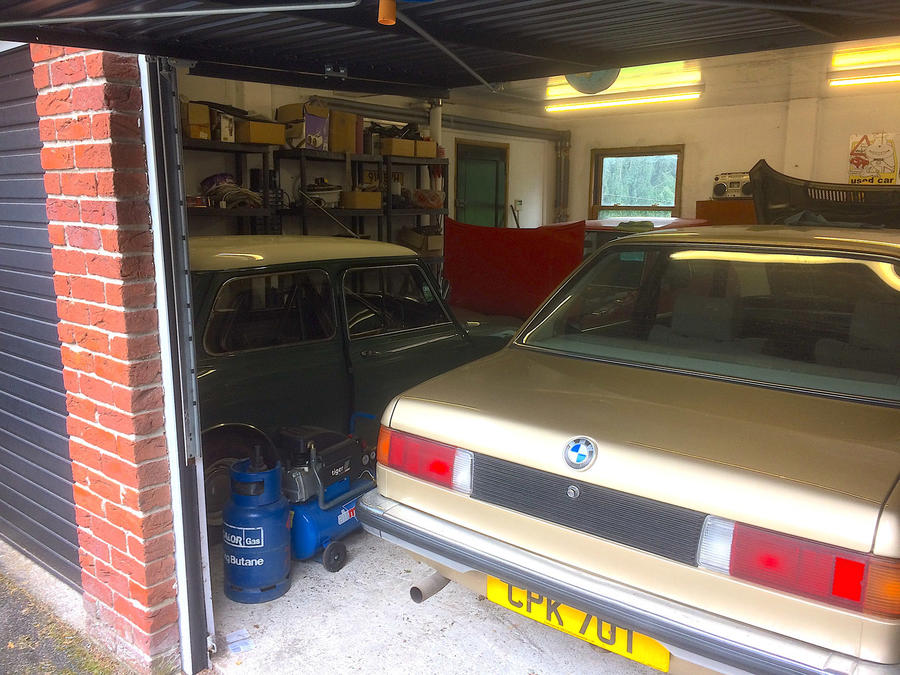 Mini Cooper, mileage - 103,881: This isn’t all about a Mini called Cooper, or Henry to be precise. A glance inside the road-fund-licence-free garage reveals a load of old nails with expired MOT certificates. They don’t legally require them, but it is always best to be on the safe side. I’ve been busy, which isn’t much of an excuse, but the Baby Shark is going to need a set of tyres. The Adorable Italian Job seems in fine fettle, though I’m not at all happy with the colour of Henry’s coolant at the moment. It runs really well and starts without a murmur, so I just hope it is vehicular hypochondria on my part. I’m making an inventory of anything that needs doing. 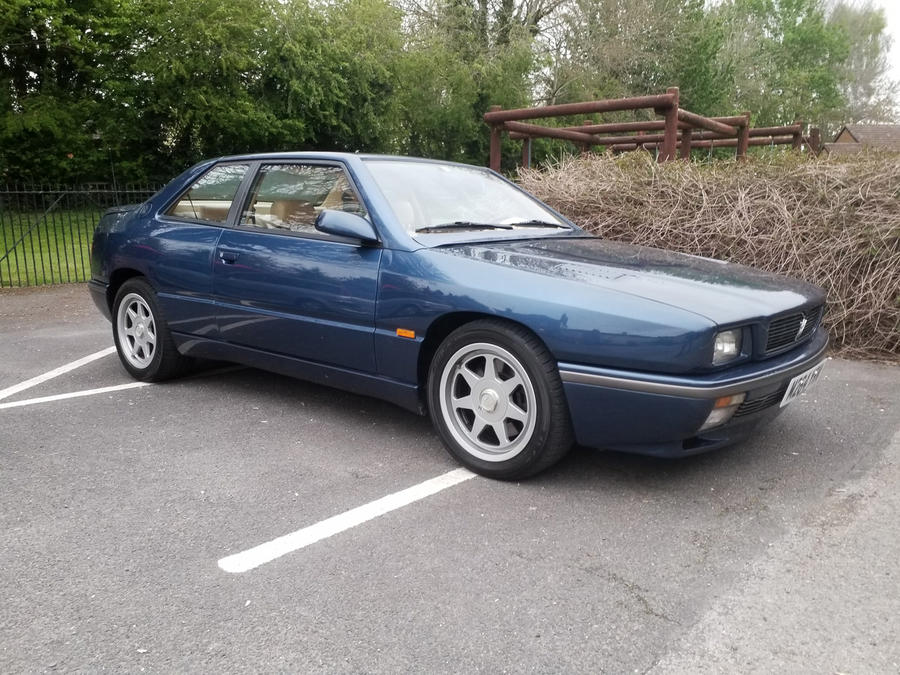 Maserati Ghibli: Having read our piece on Japanese imports a few months back, Richard wanted to bring us up to date on his latest purchase: “It’s a Japanese-market 1994 Maserati Ghibli (57,000 miles), and it looks and drives like new. So I now have three Japanese imports: Zagato Lexus, Camaro and now the Ghibli. This is my third Biturbo-era Maserati, having previously owned a 1985 coupé and 1990 convertible, and I have to say I have been very impressed by the quality of them, completely at odds with their reputation in the press.” 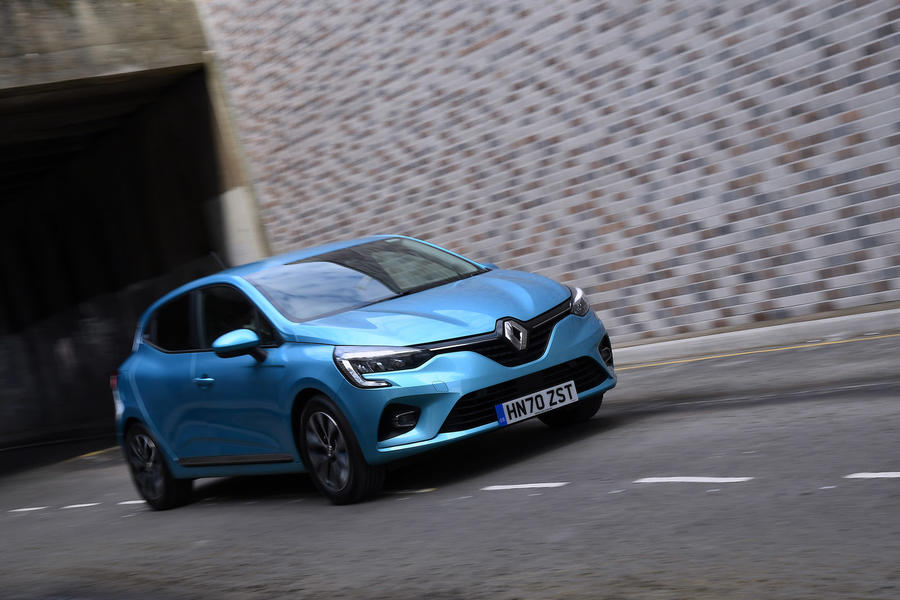 Question: We want to change our daily diesel runaround to a small hybrid hatchback. What can I get for £18,000? Christine Taylor, Buckingham

Answer: If you’re looking for ‘really small’, the Toyota Yaris could be a good way to go, with models around two to three years old available from just over £14,000. For something a bit larger, why not consider the Renault Clio E-Tech? We found a 2020 RS Line model in the classifieds for £17,995. You’ll get lots of equipment, including cruise control, climate control and sat-nav, and Renault claims you’ll be able to get around 64.2mpg. Alternatively, if you’re able to stretch your budget to £20,000, you could get a nearly new VW Golf eTSI. JW

Question: Should I be worried about buying a used car if it has had multiple owners? Mark Thomas, via email

Answer: It isn’t necessarily a cause for concern. If a car has had several owners, look through the service history and MOT paperwork for any problems it might have had – and check for evidence that any such issues have been addressed. Often, though, people do just switch cars frequently. Regardless, if you’re uncomfortable about a high number of owners, it might be better to look elsewhere. JW

Cars that have had multiple owners can indicate a long standing problem or general unreliability issues, but sometimes they just get passed around a family or group, so as long as it has full service history, it wouldn't put me off.

In the trade though, multi-owner cars are devalued, so never pay top price for one.

True, also, offroaders tend to have all terrain tyres with deep tread, so the likelyhood of them being driven the additional miileage to become illegally bald is even less.

Or maybe, just maybe, owners of slow, noisy, bumpy older 4x4s don't do high mileages and therefore don't wear out tyres.....  James, as an automotive writer, please do an automotive root cause analysis course and ask yourself 5 times, why....