BACK TO ALL NEWS
Currently reading: Used car buying guide: Rolls-Royce Ghost
UP NEXT
First electric Lamborghini due by 2030 as two-door GT

A Rolls-Royce should never be bought on a whim, but if you can afford the upkeep, a previously owned Ghost makes for a fine way to travel
Share
Open gallery
Close
Share story

This kind of money doesn’t even buy you best in class, since it was finished in wedding white and had endured five previous keepers. True, the service history was described as ‘full’, but there was no word of it being by Rolls-Royce. Being registered in 2010, the car was what we’ll call, for the purposes of this guide, a Series I Ghost.

Click here to buy your next used Ghost from Autocar

The model was launched in 2009, when it was described as the ‘baby Rolls’, since it sat beneath the Phantom in the manufacturer’s line-up. An extended-wheelbase version came along in 2011. The following year, the options list expanded to include more bespoke items, including wood veneers and natural grain leather trim. Two years later, in 2014, the Series II Ghost, a facelifted version arrived, with a more imposing grille, restyled headlights and more supportive seats but the same twin-turbo, 563bhp 6.3-litre V12 driving the rear wheels through an eight-speed automatic gearbox.

A large part of this later generation’s appeal was that it could be personalised to a much greater extent than the Series I. We found a 2014/64-reg Series II with 23,000 miles for £105,000. That’s serious money, which is why, for this guide, we’ll stick with the Series I, nice examples of which can easily be found for £80,000. No, we haven’t won the lottery, but for a car of the Ghost’s quality, that’s surely not an excessive amount to pay. 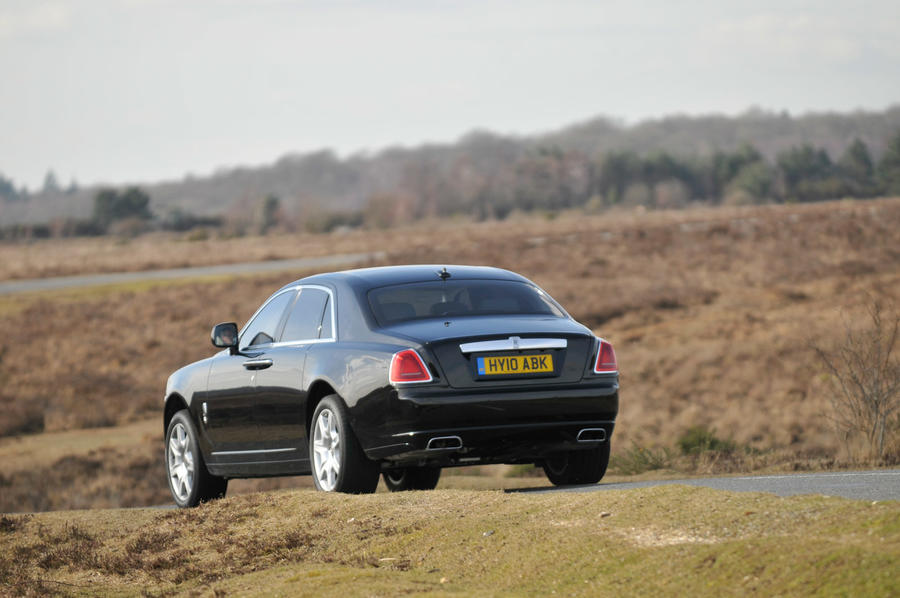 Those many thousands of pounds buy a beautifully styled car with a sumptuous interior whose many features needn’t detain us here. It’s all enough to turn a buyer’s head.

One of the Ghost’s attributes is its ability to absorb mileage without breaking a sweat, making it a target for clockers. As you can imagine, there’s a tidy profit to be made from giving a Ghost a haircut. One specialist technician we spoke to claims to have been offered several over the years with low indicated mileages but which he was sure had done much higher ones.

And then there are the examples on their fourth or fifth owner, a person who, by this time, can just afford to buy the car but not pay for its upkeep. Another specialist we contacted had, that same day, been presented with just such a Ghost. On hearing what it required and what it would cost to put right, his customer did an about-turn and scarpered. Brakes, in particular, are very expensive, with discs costing £500 a corner and pads £400 each, front and rear. Finally, it may be a Rolls but, like any car, a Ghost has its off days. It’s why you should favour one with a full service history over any number of expensive fitted options. If you can find one with the balance of Rolls-Royce’s own service plan (see ‘Also worth knowing’, right), then so much the better. 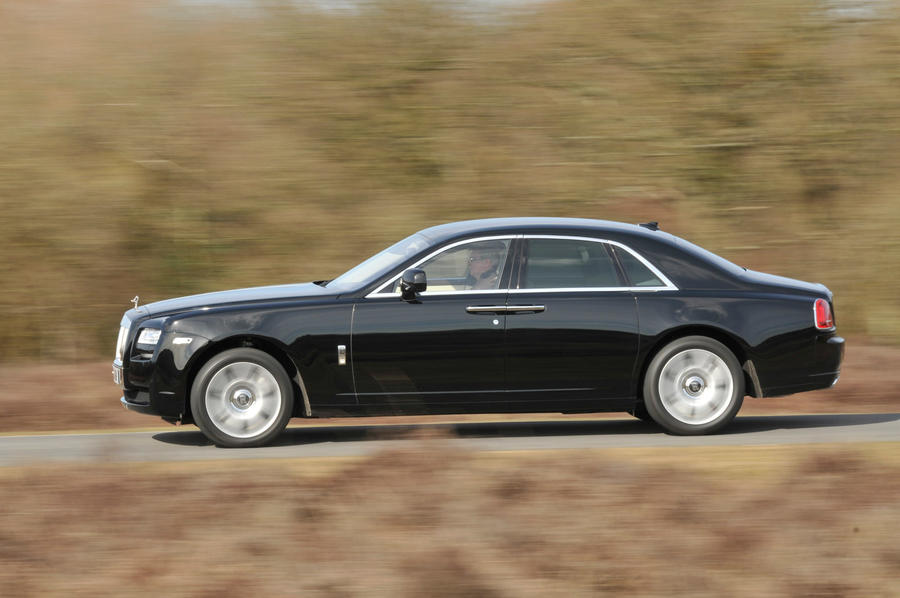 Curtis Johnson, Bentley Solutions: “I’m a Bentley master tech and started my business nine years ago servicing Bentleys and Rolls-Royces. I love the Rolls-Royce brand, especially its associations with royalty. BMW has done a lot for it, making it even more exclusive and the cars more reliable, but while manufacturing processes have improved and the cars feel great to drive, I’m not sure material quality has quite kept pace. I often find trim is clipped in place rather than screwed, as it used to be. Also, some of the bits you can’t see, such as door cards and the parts around them, aren’t quite the quality you’d expect. It looks like they’ve been trying to save money, but it’s a risky strategy.”

■ Engine: Full main dealer or reputable specialist service history is a must. All scheduled services and interim maintenance should have been done. Check the engine starts and ticks over okay. Problems here could be the injectors, which are known to fail. The fix, including coils and plugs, costs around £5000. Alternatively, it could be carbon fouling of the valve seats. Check the turbo oil pipes for leaks, ditto the cooling pipes.

■ Transmission: Look for oil leaks from the rear main seal between engine and gearbox.

■ Suspension and brakes: Check the car sits level on its air suspension – the front nearside corner in particular is susceptible to pothole impacts. A replacement damper is £2500 including labour and reprogramming. Inspect the inner shoulders of the front tyres for wear and check the car is wearing the correct Goodyear rubber. Brake discs last around 20,000 miles and cost about £500 per corner.

■ Electrics: Few problems here but a flat battery is generally caused by neglect. Keeping it on a trickle charge is a good idea. Make sure all software updates have been done. 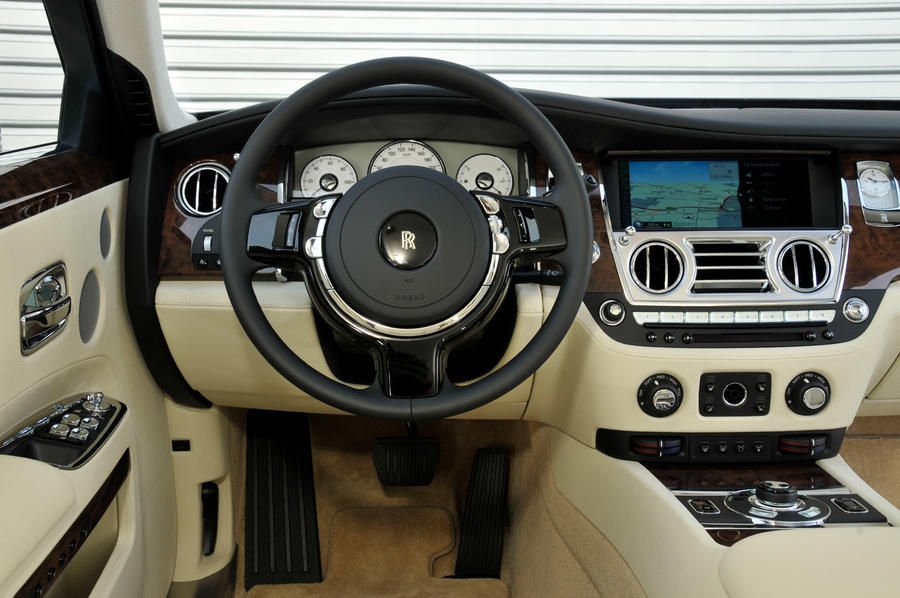 ■ Body and interior: Look for below-par repairs, irregular shutlines and overspray. Some high-mileage Ghosts get clocked, so check for interior wear that’s incompatible with the claimed mileage. Inspect the interior for water damage caused by ill-fitting front and rear screens. Signs include condensation and baggy seat leather caused by dissolving glue.

Cars registered from 2003 on qualify for the Rolls-Royce Service Inclusive pre-paid, transferable servicing package (mileage restrictions apply to cars older than four years). The three-year package costs around £3500 without brakes or £9300 with. Two- and five-year packages are also available.

Log in or register to post comments
abkq 12 April 2021
One of the most beautiful cars ever, where a simple well defined meticulously detailed exterior and a restrained but sumptuous interior come together to make a perfect whole. In that sense a bargain at any price. Far preferable to the equivalent Bentley which relies on articulation lines and creases and shouty details in order to make itself 'heard'