BACK TO ALL NEWS
Currently reading: Used buying guide: Volkswagen Corrado
UP NEXT
New 2023 Audi A4 Avant undergoes tests in the Alps

We foretold the Corrado’s classic status 30 years ago. We take a look at how this hot hatch holds up today
Open gallery
Close

The late 1980s and early 1990s gave birth to many acclaimed sports cars, plenty of which are soaring up the collectable classic ranks.

The Volkswagen Corrado is one of them. With its reasonable prices on the rise, this charismatic coupé is getting more sought after by the minute. Then again, that’s unsurprising, seeing as it’s such a special and rare model – and one headlined by a crown jewel of an engine option.

It wasn’t the first unit available in the Corrado, though. In 1989, the model came to the UK featuring only a 136bhp 1.8-litre four-cylinder – the same 16-valve engine found in the Golf GTI Mk2. It didn’t stick around, though, because a 136bhp 2.0-litre became its replacement in 1992.

On another, more powerful note, the previous year marked the introduction of what is known as the G60. This short-lived, supercharged 1.8-litre variant has 158bhp and a 0-60mph time of 8.3sec, making it the fastest Corrado until 1992. Why? That’s the year VW widened the car’s front wheel track and arches, gave it suspension and chassis parts from the Golf Mk3, and fitted it with its showpiece, the VR6 engine. 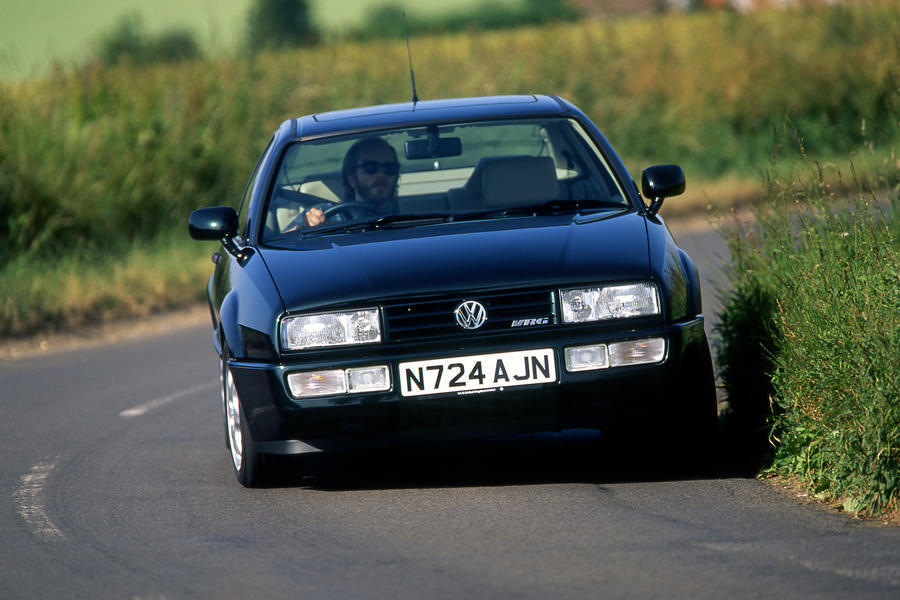 In truth, the Corrado VR6 is a cult hero of its own. Its 187bhp 2.9-litre six-cylinder motor, although used in other applications, finds a nearenough perfect home in the sleek coupé. It gives what is an already absorbing car added drama. From its extra grunt, which enables a 0-60mph time of 6.8sec, to its incredible, howling exhaust note, the VR6 and especially its Storm special edition are very desirable, and prices of pristine examples reflect that now more than ever.

This is a cracking sports car, but not in the traditional sense. Like the two Scirocco generations that came before it – plus the one that came after it – the Corrado is front-wheel drive, sharing many of its parts with other VW models of its day, most notably the Golf.

So is the Corrado a let-down in corners as a result? Not at all. It’s stable yet light on its feet and handles with great balance and delightful agility. Plus, you have ‘passive’ – wait for it – rear-wheel steering and active rear spoiler at your disposal. If that doesn’t wash away any preconceptions born of its humble roots, we don’t know what will.

The car feels lively and engaging, no matter the engine fitted. Sure, its straight-line performance ranges only from Up GTI to Polo GTI by today’s standards, but get it on a good, winding country road and the Corrado is a real blast.

In fact, when we tested the VR6 version against a BMW 325i Coupé in 1992, we called its handling “extraordinarily good” – citing its sophisticated, capable chassis as a particular standout – and crowned the mighty VW the winner. It really is that good to drive.

In the verdict of that very test, we had already dubbed it a ‘classic’. We also spoke about how we wouldn’t be surprised if, in 20 years, it were being referred to as “one of the all-time greats”. A couple of accurate predictions, we think you’d agree – ones that ring true even more clearly today than they did 10 years ago. 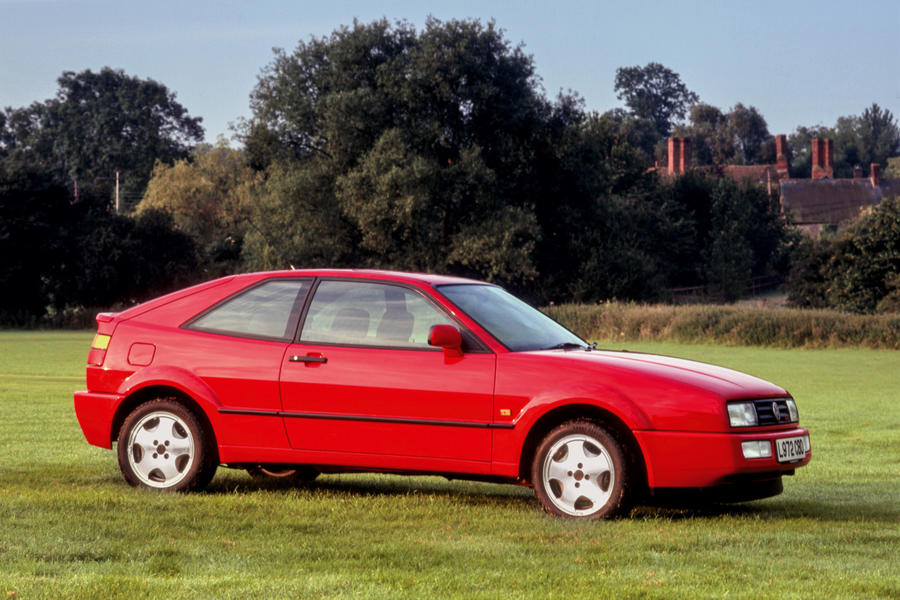 31 May 1989: “Perhaps the Corrado’s strongest value is its balance. The ‘passive’ rear-wheel steer works superbly, and the car combines great chuckability with fail-safe stability. Acceleration from a standstill is spirited rather than spectacular. VW claims a top speed of 132mph for the 16-valve car, although this claim looks, if anything, a little on the conservative side. Overall, the Corrado is impressively refined. It’s a great driving machine.” 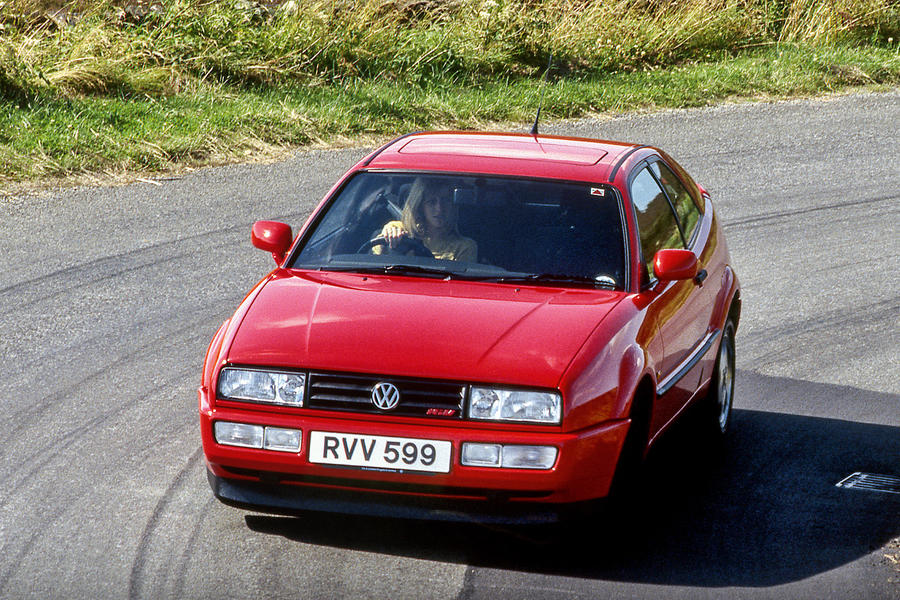 Andrew Chapple, Volkswizard: “I recently bought a Corrado VR6 to keep forever because the sleek body, low-slung driving position and snarling narrow-angle V6 make a very special combination. All that weight over the nose coupled with its lofty ride height doesn’t suggest agility, but the Passat rear bushes that induce passive rear-wheel steer create neutrality while retaining a plush ride, helped by the modest 15in Speedline wheels. The VR6 engine is tough and bodywork is far more rust resistant than the contemporary Mk3 Volkswagen Golf’s, but parts are much harder to source now, both new and used.”

Engine: With the VR6, it’s worth doing plenty of oil and filter changes. Listen for timing chain rattles as the part can let go at 100,000 miles. The 1.8-litre 16-valve can have stabilisation valve problems that cause erratic idling. Check the G60 has paperwork supporting supercharger maintenance or rebuild.

Transmission: First and second gear should select without graunching, even when the gearbox is cold.

Body: The front wings and sills can corrode. The battery floor holds water and can rot out. Front and rear screen surrounds can rust. Check the rear panel still bears a VW-spec sticker because its absence could mean a crash repair. Ensure the active spoiler deploys (above 50mph). Replacement headlights and foglights are rare and expensive. Headlights can be restored but not foglights. The model’s door handles are known to be weak, though Passat rear handles are a cheap substitute.

Brakes: If the car has ABS, check the warning light goes out. Also, check the engine with your foot on the brake pedal: you should feel the ABS pulse.

Interior: Ensure the heater works. Post-1992 cars had temperamental systems with round dials that didn’t like hamfisted use. If the footwells are damp, suspect the heater matrix, door seals or a blocked scuttle drain. 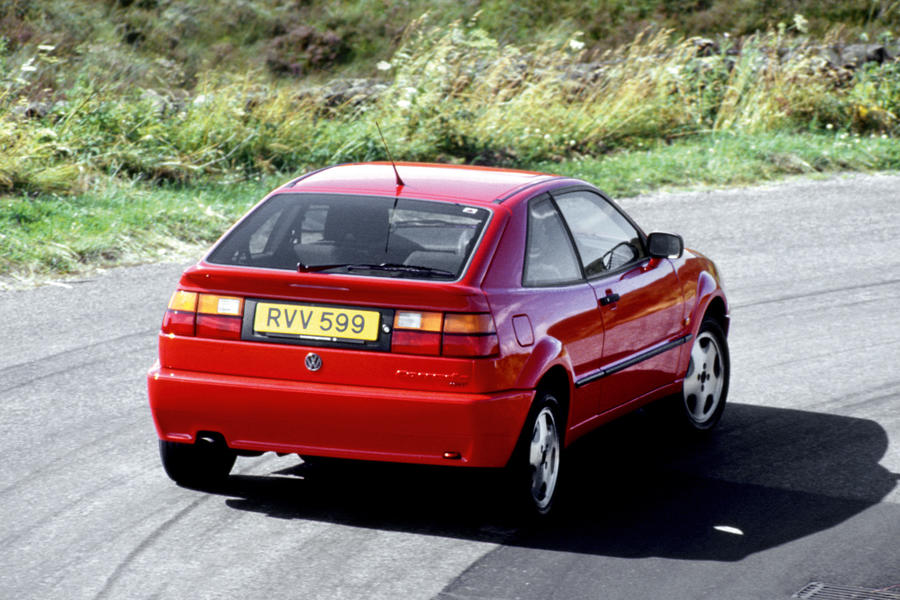 The VR6 Storm was a UK-only limited-run Corrado. Introduced in 1995, it gets some discreet ‘Storm’ badging, 15in BBS alloy wheels and some standard equipment – such as heated leather seats – that were optional on the regular VR6. Two colours were offered, although Mystic Blue was made unique to the special edition. Only 500 Storms were built and fewer than 10 remain driving on UK roads at the time of writing.

£3000-£4999: Most used Corrados have mileages north of 100,000, but at this price range those numbers tend to be in the stratosphere and conditions are rough at best. There’s a mix of variants, albeit generally early 1.8-litre 16-valve and G60 cars. 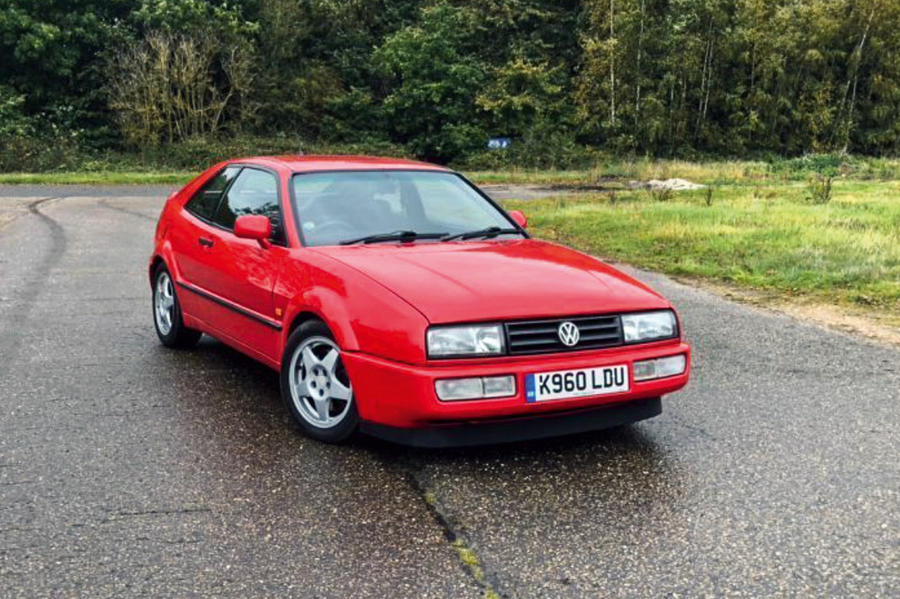 Volkswagen Corrado VR6, 1993, 117,000 miles, £8499: This car’s in good condition, with all its electronics, including that active rear spoiler, in working order. It has some issues as most examples do – such as its sunroof not working – but nothing that appears too detrimental.

Log in or register to post comments
si73 28 March 2022
These have gone beyond cheap old cars now, really starting to go up in price, oddly MK2 Sciroccos are cheaper. Such a shame that no body seems to want coupes anymore, the last Scirocco whilst a good car looked naff to my eyes, didn't deserve the Scirocco name, should have simply been a golf coupe, but still should have been replaced.
Corrados still now look absolutely stunning as do the MK1&2 Sciroccos.
Peter Cavellini 28 March 2022

Such a shame VW didn't carry on making the Corrado, I'm sure today's version wouldn't be a money pit, if your good a spannering then you'd probably buy one, if your a turn key though?