BACK TO ALL NEWS
Currently reading: Used buying guide: Audi Cabriolet
UP NEXT
Lamborghini confirms LMDh entry for 2024

Fabulous lines, a variety of appealing engines and prices at their nadir make the Audi 80-based Cabriolet an intelligent investment
Open gallery
Close

Before we get too carried away with the famous fact that Princess Diana had an Audi Cabriolet, it’s worth noting that it was a dealer loan car. Even so, you would think her tenuous connection with the elegant Audi would be enough to secure it a place at today’s table of rising modern classics, but – happily for us – not so.

Why so? It’s hard to say, especially since the model has so much going for it. It looks super-cool, with its elegant roof-down lines unspoiled by the presence of a roll-over bar (the strengthened windscreen does the job instead). It’s built like a battleship, having a galvanised body that laughs in the face of corrosion and a hood that chortles at the worst weather. 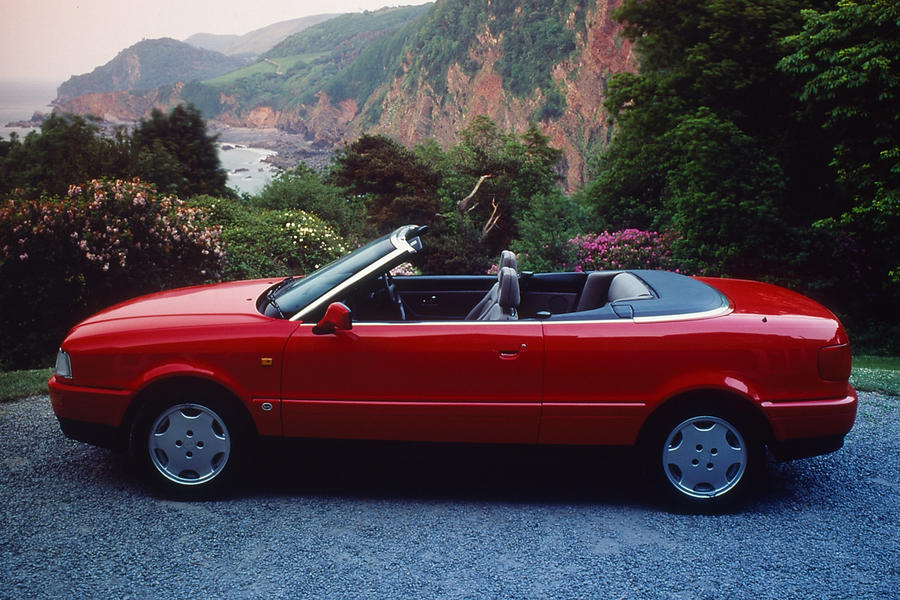 Downsides? Without question, the model lacks the sporty character and image of the equivalent E36 BMW 3 Series Cabriolet and the engines are a little lifeless, although the 2.3 sounds good and pulls strongly. Owing to its solid build quality and additional body strengthening, it’s a heavy car and not the sharpest through corners. It also suffers that old soft-top curse of scuttle shake. Still, you could argue that most of these problems are subjective.

The Cabriolet was launched in 1991, based on the B3 Audi 80 that first appeared in 1986. This platform was superseded in 1992 by the longer B4 that underpinned the facelifted 80 and then in 1994 by the all-new B5 platform for the A4. The point is that the Cabriolet soldiered on throughout with its old B3 platform until its retirement in 2000, the reason a simple issue of economics, since a convertible is more expensive to engineer than a conventional car yet sells in lower numbers.

It may have been overtaken by newer Audis under the skin, but no matter, because outwardly the Cabriolet remained a looker until its dying day. It took its updated bonnet and rear lights from the stylish B3- generation S2 coupé, with which it also shared its sports suspension.

Later, as part of the 1997 facelift, it gained smoother rear bumpers and projection-lens headlights.

The Final Edition version of 1999 featured a leather interior, air conditioning and 16in alloys.

Whichever version you buy, find a good Cabriolet and snap it up, because its application for membership of the modern classics club is surely soon to be approved. 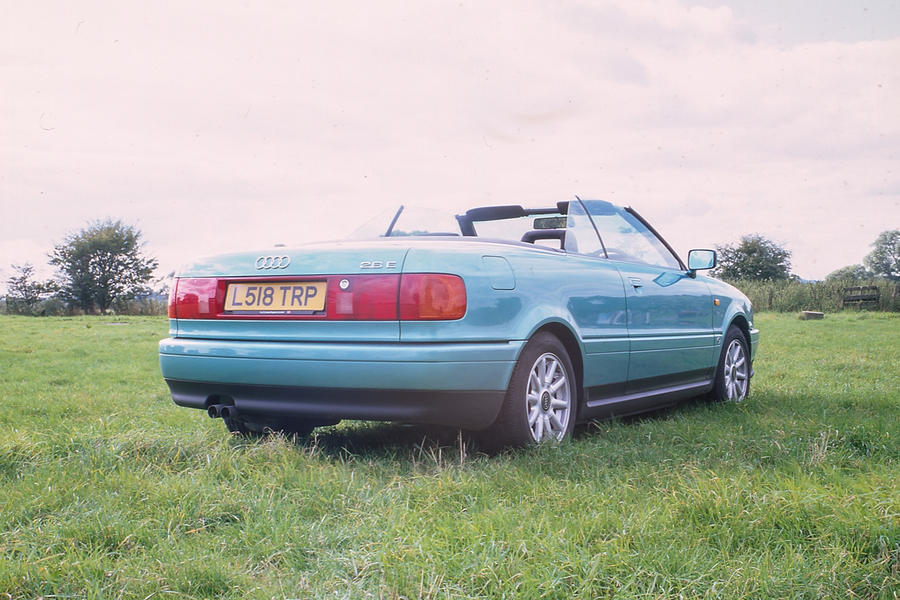 Mark Sumpter: “I’ve always been an Audi fanatic, owning a 20-valve Coupé at the age of 20, later an 80 Sport and then another Coupé, followed by a couple of Cabriolets, including my current one. It’s a 2.8 Final Edition automatic with 130,000 miles on the clock. It looks and drives remarkably well. There’s a bit of scuttle shake, but older cabrios are like that. I love how old Audis’ lines are much cleaner than the latest models’, and with no roll hoop, the Cabriolet looks so elegant with the roof down. What I don’t understand is why prices for the model aren’t higher. People talk about it being a modern classic, but I don’t see values rising – at least not yet. Grab a bargain while you can!” 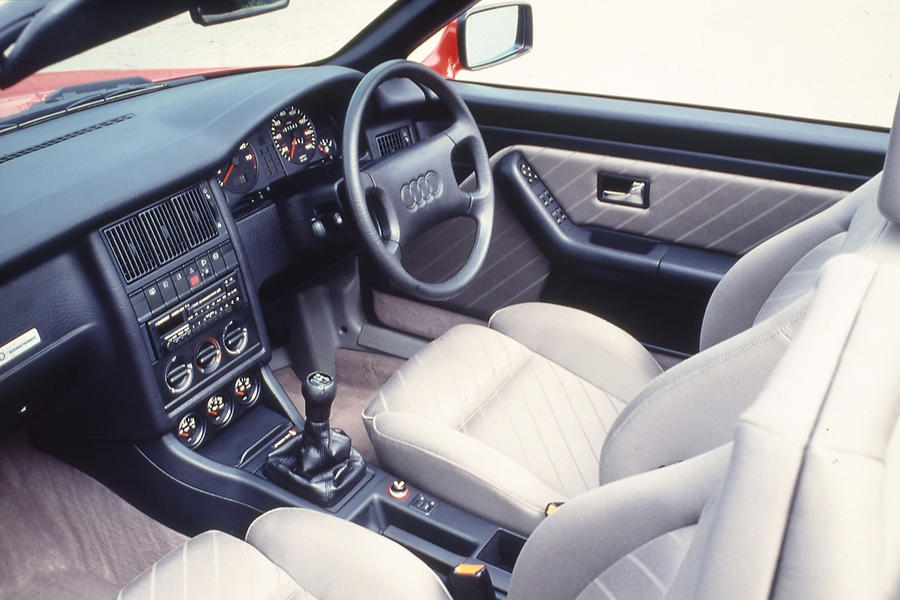 Engine: The V6s should run smoothly and quietly while the five-cylinder unit should emit a pleasing rasp. The latter can experience valve-lifter problems, often caused by a fall in oil pressure due to clogged oilways, resulting in a drop in power. Regarding all engines, make sure the timing belt and water pump have been changed regularly.

Suspension and tyres: The Cabriolet is a heavy car, so its shocks, ball joints, links and bushes will be tired now, unless recently replaced. The top mounts and upper and lower wishbones are also potential problem areas. The front tyres, too, take a pounding, so inspect them for excessive wear.

Body: Check the hood operates correctly, because the wiring loom, which also sends power to the boot lock, can fail and the plastic reservoir that holds the hydraulic fluid can spring a leak. Check the boot floor for rust caused by water seeping past the hood seals and down between the body panels. On that point, check the condition of the rubber seals at the base of the windscreen pillars. Make sure the exterior door trims are secure and not deteriorating – an occasional problem that can require repainting or, worse, expensive replacement trims. New headlights are hard to source.

Interior: Check for warning lights, including the airbags, which have a finite life (it’s usually a sensor problem). On early cars especially, make sure the cabin heater works, because the absence of a pollen filter means the heater matrix clogs up before failing expensively. 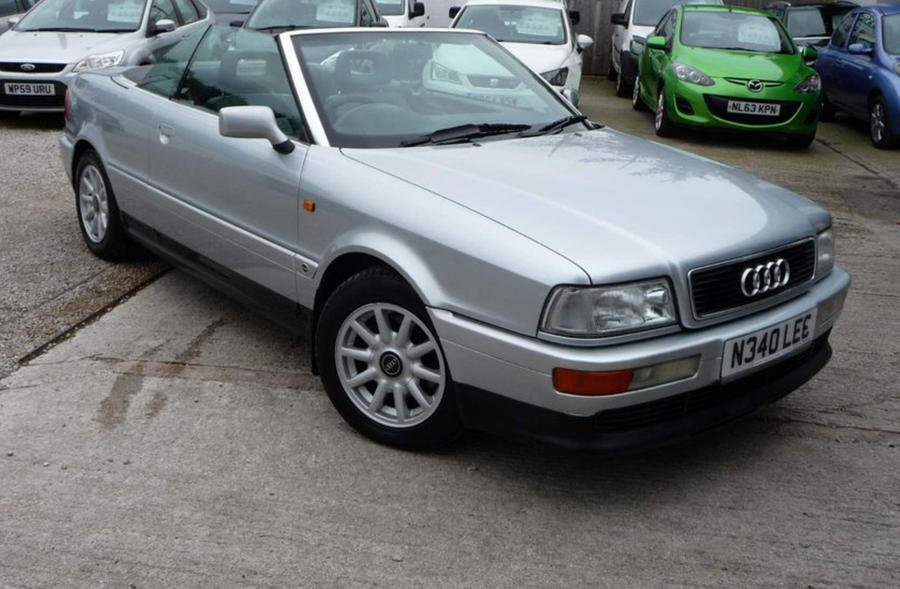 Audi Cabriolet 2.6E, 1995, 90,000 miles, £4000: A full service history including two timing belt changes is this Cabriolet’s chief attraction. What’s more, it has had only three owners and features a leather interior, a smart blue powered hood and the smooth 2.6-litre V6.

This generation of Audi convertible was very dull to drive, prone to shake, rattle and roll and not all that well built. In road tests it came a lowly third against the contemporary versions of the Saab 9-3 and the BMW 3 series.

It was only with the later (2002 onward) version that corrected its loose chassis, wheezy engines and comparatively poor build quality that it started to compete and even match up with these competitors. So, although it didn't look quite as stylish roof down, that is the version I would be looking to buy now. It drove fairly well for an Audi, felt as if it was built from properly sterngthened galvanised steel (which it was), and had a much more stylish interior with uprated six cylinder engines particularly the 3.0 which, although it had a CVT box, was pretty lively and suited the convertible well.

This car comes from the era when Audis were the epitome of elegance.  It was downhill soon after that.......

Agreed. The last great looking Audi was the original TT, the last innovative design was the A2, IMO