Here’s a taste of the future in used car form, priced from £10k
Open gallery
Close

It might not look like much of a trailblazer, but the Hyundai Ioniq was, at its launch in 2017, the first car to be offered for sale with three forms of electrification. You could have it as a hybrid model that combines a petrol engine with an electric motor, a plug-in hybrid version with a bigger battery that you can charge externally or a purely electric vehicle.

Now, thanks to its competitive prices on used car forecourts, it offers buyers a nifty and good-value springboard into the fast-approaching future. You can pick up the hybrid model from just £10,000 and the earliest plug-in hybrids start at around £11,000. You’ll need a little over £14,000 to secure a fully electric one.

All the different versions are quite pleasant to drive and to use, too. With the petrol engine and electric motor working together in the ‘regular’ hybrid and the plug-in hybrid, performance is pretty good. The standard six-speed dual-clutch gearbox in both the regular hybrid and plug-in hybrid models can be hesitant off the line, but once you’re up and running, it changes swiftly and slickly through the gears.

Click here to buy your next used Ioniq from Autocar

The EV model is quicker to get going, utilising its electric motor’s instant lowdown shove to sprint away from the lights in near-silence. Like most EVs, though, it starts to feel more pedestrian beyond 50mph. However, for town driving, where it’s really designed to be used, that’s not an issue, of course. 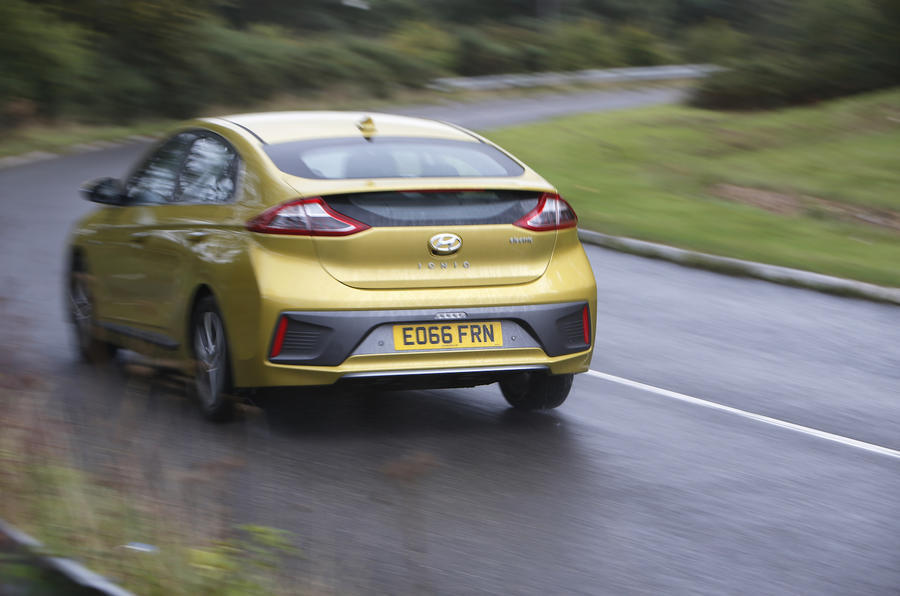 The Ioniq handles well, too, even if keen drivers aren’t going to come away from it doubled up with delight. It rides firmly but comfortably most of the time, and its refinement is good, with little wind or road noise entering the cabin.

Inside, there’s plenty of space, with soft-touch plastics adding to an air of quality. The boot is of a reasonable size (although it’s a little smaller in the EV model) but it’s slightly handicapped by a high loading lip.

Standard kit is competitive and even entry-level cars are well equipped. Every model comes with some form of autonomous safety equipment, with the entry-level SE getting automatic emergency braking, lane-keeping assistance and hill start assist. There’s also a standard-fit camera to help you out while parking.

Buying an Ioniq obviously requires choosing which version suits you best. The earliest electric-only versions had a limited official range of 174 miles. The plug-in variant is claimed to be capable of travelling up to 30 miles on electric power alone, while the regular hybrid still has low CO2 emissions and good fuel economy. It also has a better ride because it is fitted with more sophisticated rear suspension than the plug-in hybrid and all-electric versions.

The Ioniq was updated in 2019 with minor cosmetic changes and improvements to the range. The plug-in hybrid Ioniq is now claimed to have a 39-mile electric-only range and the fully electric car has stretched its official range by an extra 20 miles to 194 miles.

Engine Occasional issues have been reported with fuel injectors and camshaft position sensors. An ECU update was launched to resolve some rough running issues.

Gearbox Check changes are smooth since a small number of owners have reported issues here.

Warranty Assuming it's still in force, the five-year warranty should allay any worries concerning repair expenses – so check it is because sister magazine What Car? found Ioniqs to be less reliable than rivals.

Battery Have the dealer or workshop check its overall health and cell voltages, although to be honest there are unlikely to be problems especially if you go for the newest car with the lowest mileage that your budget will allow. Downloading the EVnotify app will allow you to remotely monitor the battery's health. Regarding hybrid versions, check the health of the 12V battery since some vehicles that were stored for extended periods prior to delivery have been known to drain theirs quite quickly.

Brakes Check that any disc corrosion is only surface and not causing pitting or seizing.

Economy If a hybrid, check the fuel economy readout on the trip computer is within expectations; some owners have been disappointed.

There has been a recall for Ioniqs built between October 2016 and March 2017 related to coolant that might leak into the electric power control unit. Contact your local Hyundai dealer if you think your car might be affected by this. Some cars may have a faulty power relay that could, in extreme circumstances, catch fire. Hyundai dealers will replace the power relay and inspect the power cable and relay assembly for any damage and replace if necessary. Hyundai finished sixth out of 31 manufacturers in the most recent What Car? Reliability Survey. However, the Ioniq came only ninth out of 13 cars in the hybrid and electric car class. 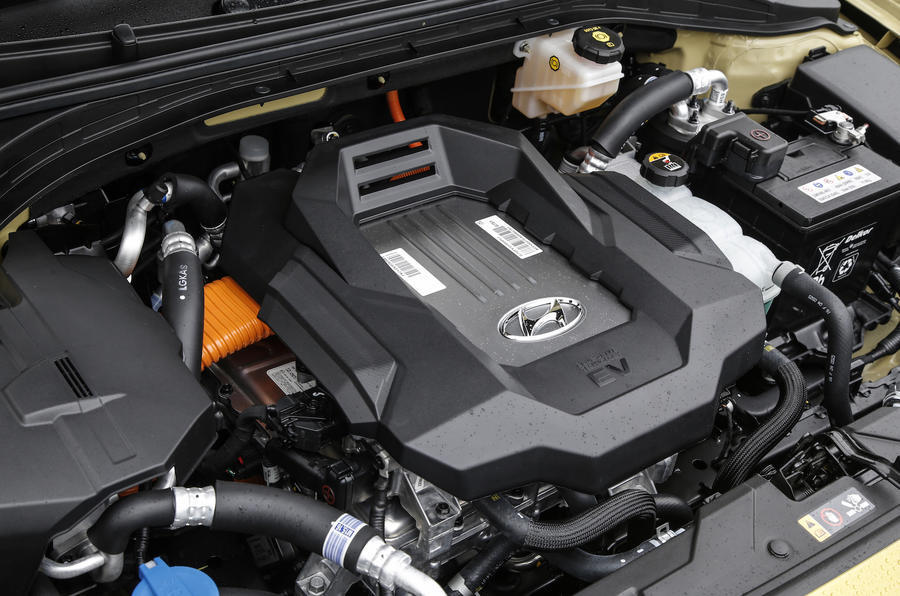 1.6 GDI Hybrid Premium: We’d recommend the regular hybrid. It’s the cheapest and your only choice if plugging in is not an option, but you can still cruise in town on silent electric power alone, provided the battery has enough charge.

38kWh EV: Quick off the mark and near-silent in town, and in later versions with a more than decent official range of 194 miles, the all-electric Ioniq is an impressive – and now a pleasingly cheap – way to jump into the world of zero-emissions motoring.

DAMN.  Good cars are still cheap over there.

Recommend the 38KW version, in summer you can get around 215 miles per charge, in the coldest part of winter more like 165 Miles. Premium SE has great kit for the money, and in Sport mode it really flies along but range will take a hit.