BACK TO ALL NEWS
Currently reading: Used car buying guide: Fiat Coupe
UP NEXT
Agents of change: how car buying is changing

The Fiat Coupé was once overlooked but prices are now rising as buyers finally cotton on to its stylish looks, performance and tidy handling. We report
Open gallery
Close
Share story

When the conversation turns to future classics, the Fiat Coupé is rarely mentioned.

The government scrappage scheme of 2009 wiped out many of them and prices for the couple of thousand or so remaining were on the floor around five years ago. Today, they start at about £1000 for runners but decent cars cluster around the £5000 mark. And then there’s nothing until you reach £10,000, where the best low-milers are to be found. The most expensive late-plate versions can be as high as £20,000.

We’re talking 20-valve, standard and Turbo, but mostly Turbo, models, by the way. The original 16-valve is almost non-existent, due to not only scrappage schemes but also its suitability as a spares donor for Lancia Delta Integrales.

It may not be everyone’s cup of tea, but if it’s yours, it’s a cause for celebration that you can get a decent, well-maintained 20v Turbo for as little as £2995 privately or a nice 1997/R-reg example with 82,000 miles, full service history and two previous owners from a good dealer. Those Chris Bangle-penned lines still look fresh and the full-length, colour-coded fascia strip continues to set the heart a-flutter. 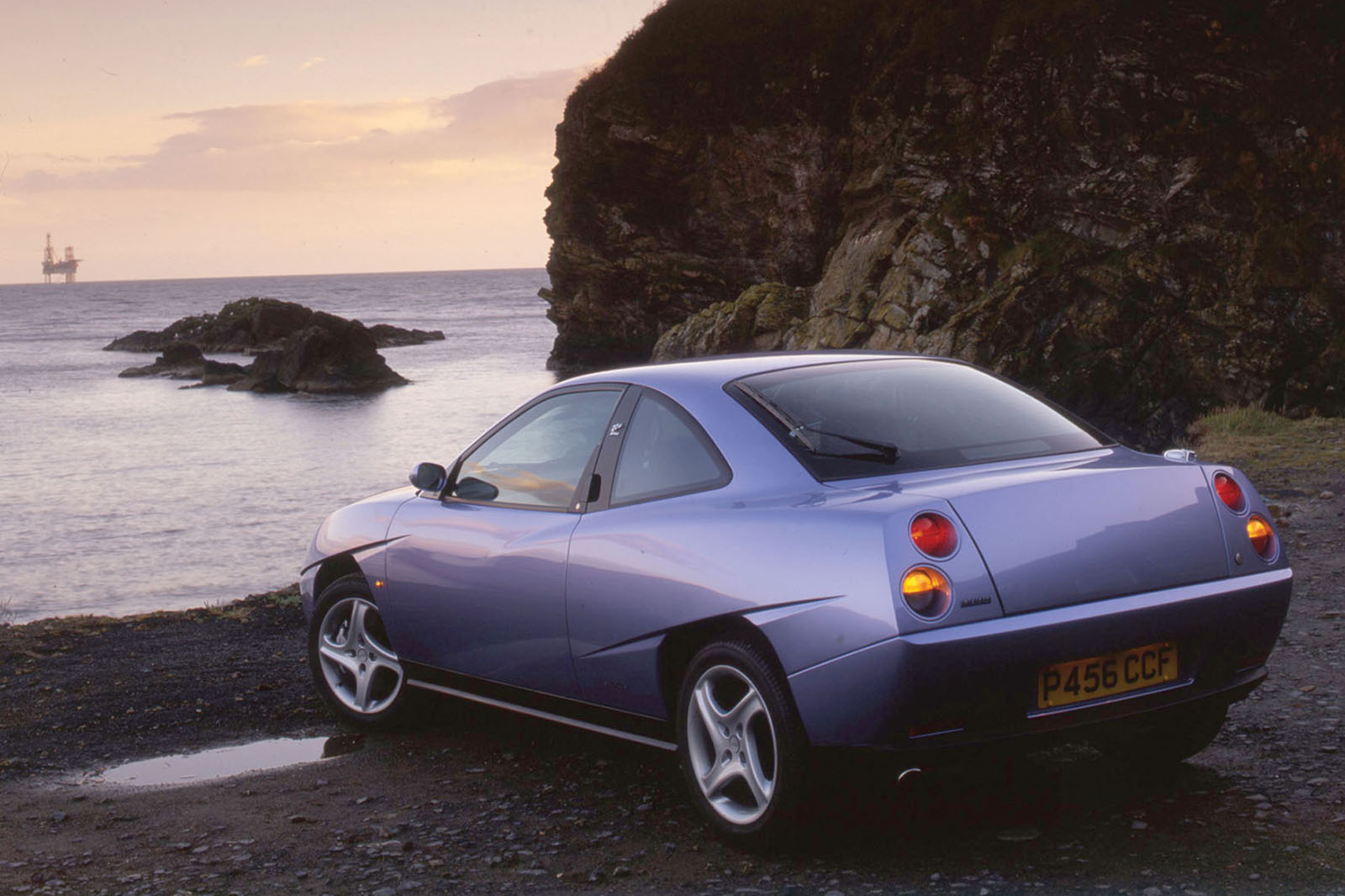 It was launched in 1993 – in Brussels. Not the most auspicious location but excitement surrounding the new model was so great that few cared. It arrived in the UK in 1995 powered by a choice of 2.0-litre 16-valve engines – naturally aspirated (135bhp) or turbocharged (190bhp). Power went to the front wheels through a five-speed manual gearbox, although on the Turbo also via a Viscodrive limited-slip diff.

Less than two years later, the 16-valve engines gave way to more powerful 20-valve units, again either naturally aspirated (143bhp) or turbocharged (214bhp). The naturally aspirated engine soon received a shot in the arm with the addition of a variable intake system (VIS) that boosted power to 150bhp.

Even so, with its 0-62mph time of 6.3sec, it was the Turbo (called VT) everyone wanted, then as now. From 1998, Fiat launched a series of tweaked versions, starting with the VT LE (Limited Edition) sporting red Brembo front brake calipers, a bodykit, a push-button start, a strut brace and Recaro seats. The following year, the Plus was launched, looking very much like the LE but without its unique badge. Crucially, both versions had a six- speed gearbox. With the arrival of the VT6 in 1999, the six-speed gearbox became standard. That said, you may find the odd 1999-reg five-speed VT, a legacy of when dealers ordered for stock and cars hung about until sold.

Even the youngest Coupés are now 17 years old and may feel a bit baggy but a suspension refresh will return the car to its sharp and agile self. The engines are very strong but check that the timing belt and water pump changes have been done on time. Find a good one for around £3500, cherish it and watch its value rise. 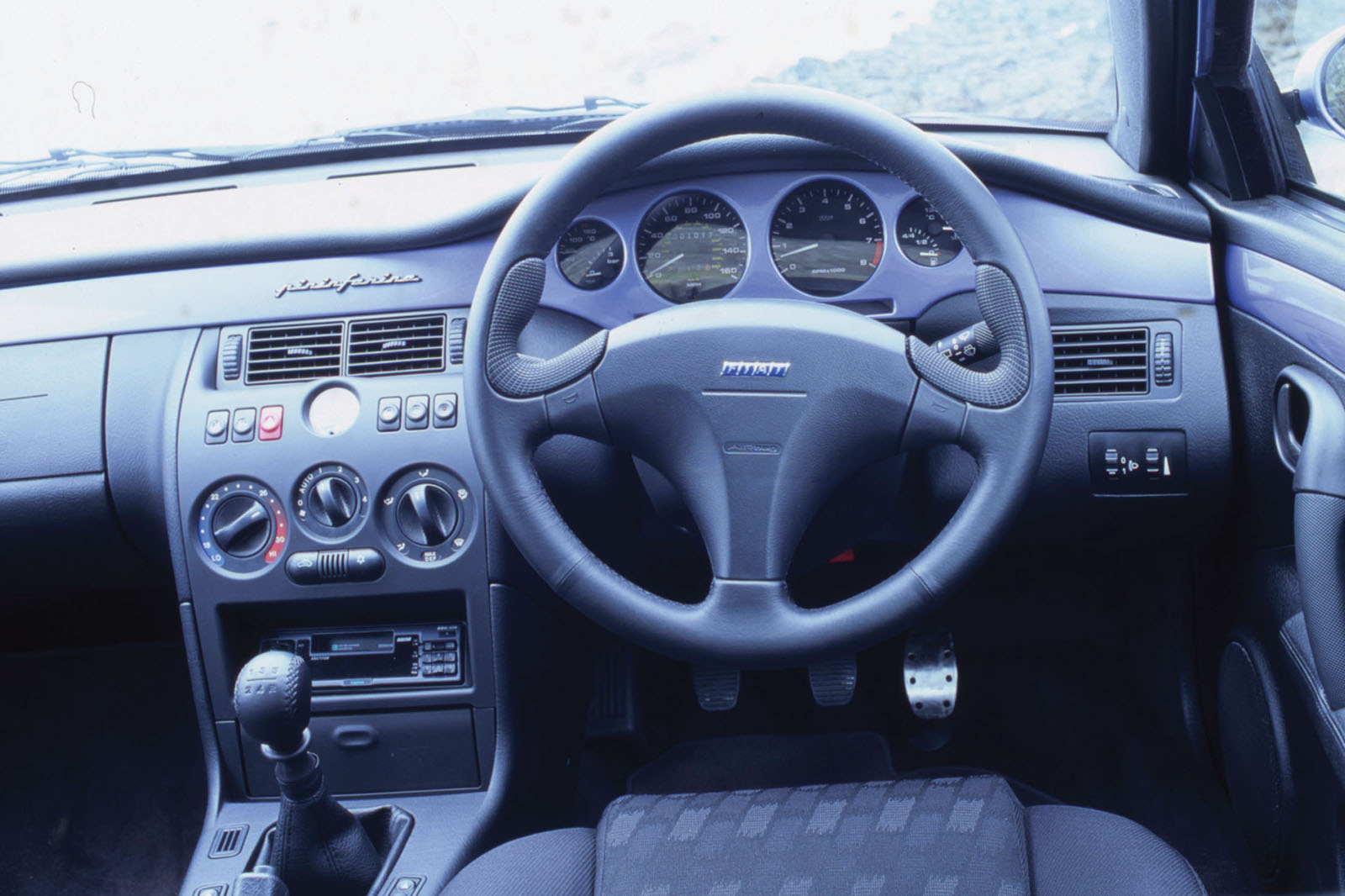 An expert’s view - JOHN CARTLIDGE, DIRECTOR, MIDLANDS CAR SERVICING: “I fell in love with the Fiat Coupé the moment I saw a new one on a car transporter. It was being delivered to the Fiat dealer where I worked as a mechanic. I now specialise in the model, selling and servicing them. Prices fell to an all-time low five years ago but, in the past 18 months, they’ve started picking up. You can get a decent car from as little £3000 but rarer versions such as the LE and Plus in mint condition command far higher prices. For example, I have a very nice 2001-reg 20v Turbo Plus in pearl white with 38,000 miles for £20,000.”

ENGINE - Camshaft wear is an issue on16v engines so check the oil pressure. The Turbo is sensitive to de-cat exhausts, over-boosting and sloppy cooling- down practice. Watch for smoking from cold and when idling. Check the 20v’s rear coolant hose because it can let go without warning. Inspect the engine for leaks because the head gasket is so strong that it refuses to fail, causing problems elsewhere. Ensure the oil cooler pipe isn’t corroded. Cambelt changes are every 35k miles on the 16v Turbo and 50k miles on 20v and should include the water pump. Check for a cracked exhaust manifold.

ELECTRICS - Generally reliable but fan and heater resistor failure is not unknown.

BODYWORK - The 16v wasn’t galvanised and the pillars and floorpan rotted out. The 20v was galvanised but the past couple of years have shown rust emerging on sills (earlier cars) and floorpans (later cars). Examine the boot floor and front wheel arches for rust. Boot seals perish and allow water in. 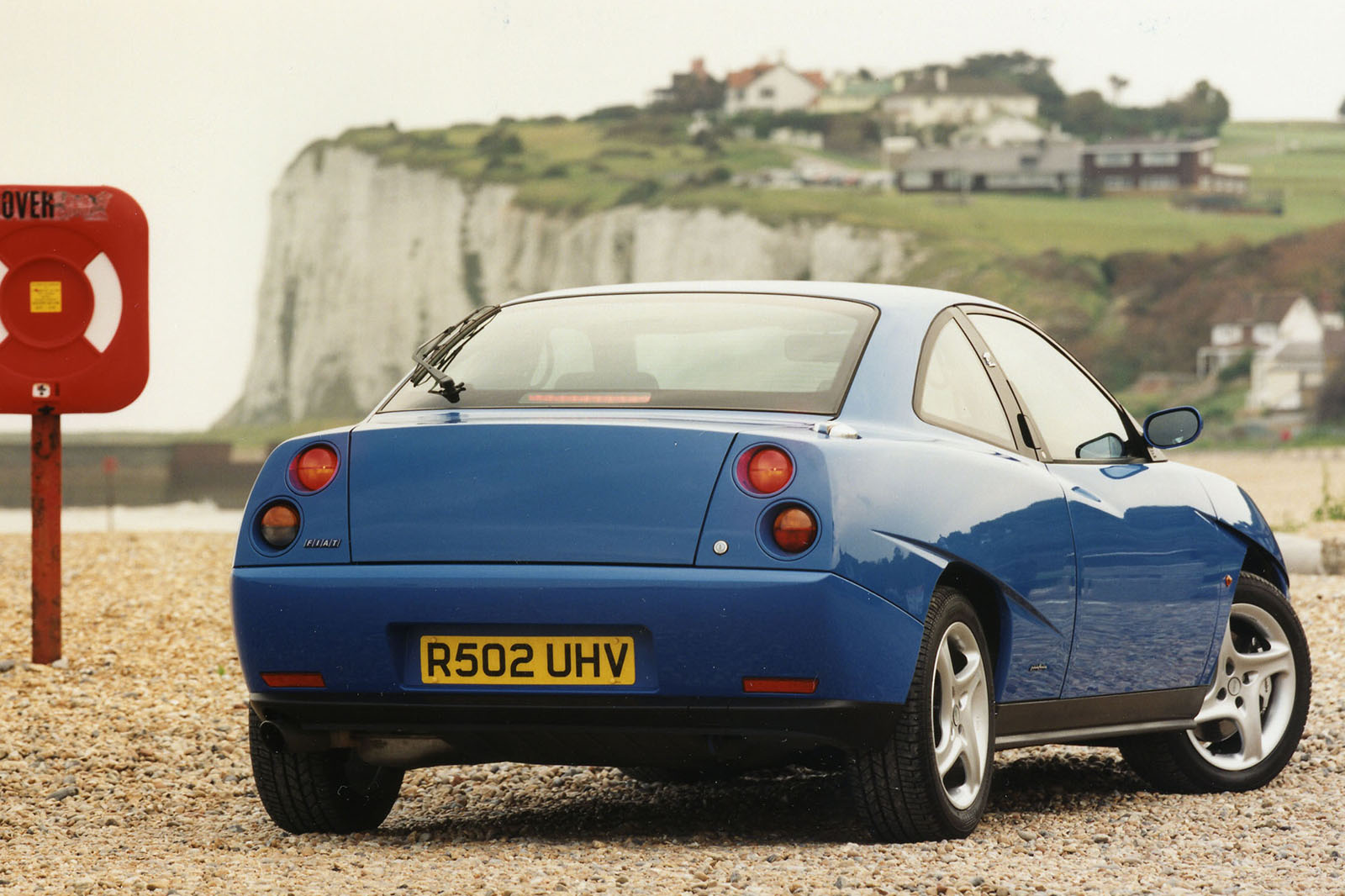 The so-called ‘coolant hose of death’ is behind the engine, near the bulkhead, and difficult to check. Trouble is, it can fail. Because of the temperature sensor’s location in the cooling system, it doesn’t know catastrophe is imminent. The clamshell bonnet traps the escaping steam, so all appears well. Replace the hose as a precaution.

FIAT COUPÉ 20V TURBO, 1998 R-REG, 98K MILES, £2995: Depending on your point of view, this car was either a shed in need of TLC – hence its new front lower wishbone arms, new turbo, new rear wheel bearing, new brakes, new genuine Fiat exhaust system and new tyres all round – or a rejuvenated classic that must be snapped up.

In over 13 years of ownership of one of these cars, I've never seen the 20v Turbo referred to as a 'VT'. Please stop saying that!!

It did 0-60mph in 6.0s dead. You recorded that time in both your original road test and in a subsequent 0-100-0mph event. The first time was an original 5 speed, the second with a 6 speed model.

Most of us want a turn key classic, not a potential money pit.

but i would not expect any reasonably priced car from 20+ years ago to be faultless and without some parts in need of inspection or replacing. The car did not have any designed in faults that I found in 3 years.

Not a single mention that the latter were 5-cylinder engines? That was pretty unusual back then and remains pretty much so.