BACK TO ALL NEWS
Currently reading: Under the skin: The quest for perfection in EV battery tech
UP NEXT
High-rise hot hatches: Hyundai Kona N vs Cupra Formentor

Not long ago, big powertrain news involved the launch of new engine plants like JLR’s Engine Manufacturing Centre. Now the attention has switched to battery manufacturing and the best way to produce lithium ion batteries for EVs.

Some, like Tesla, keep schtum about the precise details, but lithium ion EV batteries all have the same basic components. Individual cells are arranged into modules that are connected together via a high-voltage connector (busbar) and encased to form a single battery pack. Two other main components are the battery management system, which controls and monitors every aspect of the battery’s performance and behaviour, and the liquid cooling system.

Individual cells work in much the same way, with an anode and cathode separated by a thin polymer layer and surrounded by electrolyte, but those components can be rolled to make cylindrical cells, assembled as a pouch (a bit like cat food) or formed into a prism shape. The chemistries within can be very different, each with pros and cons, and they continue to evolve.

The first-gen Nissan Leaf had a 24kWh lithium manganese oxide battery (LMO). All lithium ion batteries rely on electronics to prevent uncontrolled overheating, known as thermal runaway, during charge or discharge, but LMO has the benefit of being intrinsically safe at the cost of other factors such as energy density. But the technology has evolved. The BMW i3 and 2019 62kWh Leaf have lithium nickel manganese cobalt oxide (NMC) batteries. These are a favourite choice for anything from power tools to EVs and give the best of most worlds. The Leaf battery is also structured differently, with cells joined by laser welding so Nissan can ring the changes with the configuration of the battery for greater flexibility.

The Volkswagen’s ID 3’s battery pack is a straightforward layout of up to six modules containing 24 cells each, making a 408V pack. Like the Leaf, the VW cells are NMC, but that doesn’t mean they are identical because manufacturers work with cell suppliers to fine-tune the quantities of the main ingredients, playing to the strength of each. Nickel is good for high power density but has poor stability on its own. Manganese is the stable partner and the two are a great combination. Nickel is predominant over cobalt because it’s cheaper. Small amounts of silicon at the anode play a role in boosting energy density.

For 2020, Volkswagen has published details showing the use of a next-generation NMC 811 cathode composed of 80% nickel and 10% each of manganese and cobalt, with a 20% silicon anode.

By tinkering with these ingredients, it’s not inconceivable that one day manufacturers could offer different levels of performance across an EV range rather than just capacity, with the option of ‘GT’ battery packs and powertrains. It’s pure speculation but, much like engines are sometimes mechanically the same today with performance versions mapped to produce a higher power output with reduced economy at a premium price, could batteries one day be configured in a similar way? 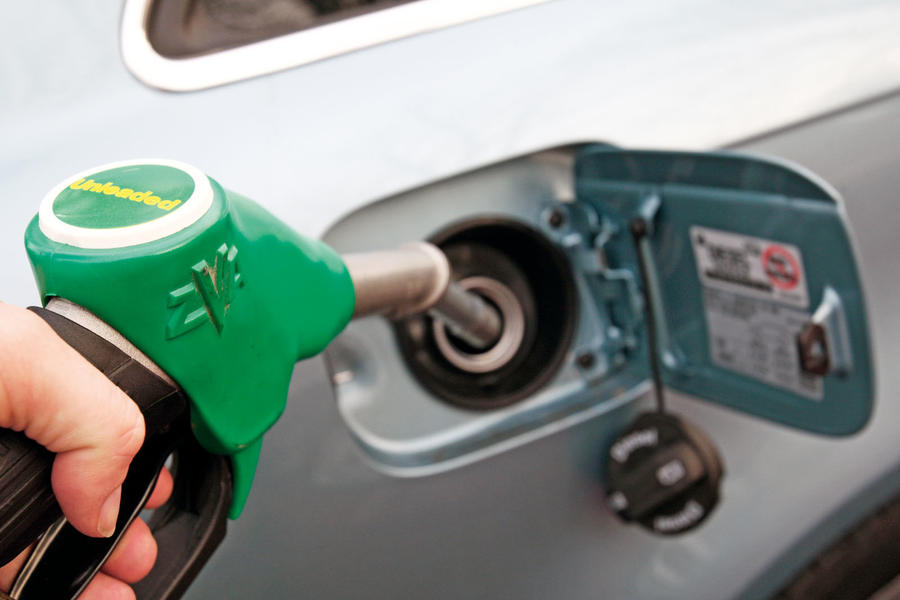 A study by Ricardo estimates that by 2050, greenhouse gas emissions (GHG) from cars and light duty vehicles could be reduced by 87% if low-carbon liquid fuels were introduced as a substitute for petrol and diesel. The study found the effect would be about equal to a mass roll-out of EVs. The cost to public finance in infrastructure would be a lot lower, though, at about £330 billion compared with just over £700bn.

Under the skin: How Mahle is reimagining the combustion engine

Under the skin: What exactly is carbonfibre?

Am I alone in thinking that this feature was very choppy to read and oddly edited? It doesn't seem to draw a conclusion on how the options may play out in the future and ends on two subsections, "GT batteries" and Low Carbon Fuels. What are we to make of the technical discourse before, is NMC, the current (sic) state-of-the-art espoused by VW good, bad or indifferent?

I'd hoped for more given the opening line trashes the idea of new JLR-type facilities opening as less newsworthy than tech and then fails to give us any battery tech news.

Governments across the globe all say 'no combustion cars in 2050'. I rekon thats imppossible. You cannot just wipe a form of transport thats evolved fro 200 years of the face of the planet. COMBUSTION ENGINES MUST STAY ON THE MARKET!!!!!!

Anyway, EV batterys are much harder to get rid of when theyve reached the end of their life and are TOXIC!!!!!!!!!!!!!

Why add the last point about recall study on low carbon fuels? My conclusion is that once again it is to create FUD about EVs and to placate your real pay masters

Why add the last point about recall study on low carbon fuels? My conclusion is that once again it is to create FUD about EVs and to placate your real pay masters

The issue with EVs is their huge carbon footprint! - If it's possible to continue reducing carbon emissions with ICE vehicles, while maintaining a level-headed approach to EVs that would mean sustainable introduction.

If the current generation of EVs were purchased in the numbers ICE vehicles are we would blow the top off the 2 deg C temperature target THIS YEAR!

EVs are not ready for mass introduction, the current technology requires too much carbon in production.

The larger conversation is how we separate consumerism from capitalism. Consumerism being the true driver of climate change (the fashion industry produces more carbon annually than shipping and aviation combined...)

The issue with EVs is their huge carbon footprint! - If it's possible to continue reducing carbon emissions with ICE vehicles, while maintaining a level-headed approach to EVs that would mean sustainable introduction.

If the current generation of EVs were purchased in the numbers ICE vehicles are we would blow the top off the 2 deg C temperature target THIS YEAR!

EVs are not ready for mass introduction, the current technology requires too much carbon in production.

Handily, NextGreenCar has an emissions calculator which includes manufacturing, so I no longer have to pull out a bunch of lifecycle analyses, vehicle stats and grid emissions data to refute mis(dis?)information like this.

Looking at the Volkswagen Golf, the electric version has a 42% lower carbon footprint than the most economical diesel. That includes manufacturing... and based on the comparative studies I've done, that estimate is *conservative*.