BACK TO ALL NEWS
Currently reading: Under the skin: Why magnetic dampers still have a ticket to ride
UP NEXT
How Max Chilton and the McMurtry Speirling conquered Goodwood

Under the skin: Why magnetic dampers still have a ticket to ride

Of all the technologies developed to improve ride and handling, one of the most cunning has to be the Magneride damping system originally developed by mega-supplier Delphi and now produced by spin-off BWI.

Next year, Magneride will have been around for 20 years. It’s still going strong and is in its fourth generation. The technology has been used by a large number of well-known brands, from Cadillac to Ferrari, and is fitted to the Mustang Mach-E GT, which appeared at the Goodwood Festival of Speed recently.

Dampers are absolutely crucial to three things: roadholding, handling and comfort. Without them, a car would be undrivable, and the more effective they are over the widest range of conditions, the better the car will perform.

Conventional dampers consist of a piston moving up and down a tube, like a bicycle pump but the tube is filled with oil. The piston has small valves in it, allowing the fluid to pass through it, but moving it is hard work and it’s that which produces the damping effect, preventing the car from bouncing around on its springs over bumps. Valves can be set at different levels for each direction, allowing different levels of damping for bump and rebound.

It’s not much of a stretch to guess that, with a name like Magneride, magnetism has something to do with this clever system and indeed it does. Rather than the dampers being filled with oil or, in the case of gas dampers like Bilstein’s, oil and pressurised gas, Magneride dampers are filled with magnetorheological (MR) fluid. MR fluid is an oily liquid that holds minute particles of iron in suspension but there are no valves. Instead, the iron particles clump together when an electromagnet in the piston is switched on. When that happens, it becomes harder to force the fluid through channels in the piston, increasing damping effort.

When the field is switched off, the particles separate again and the damping force all but disappears. The stronger the field, the greater the damping effect, which adapts to road conditions instantaneously. The Magneride controller takes its cue from existing sensors in the car that control other aspects of the vehicle’s dynamics.

The third-generation Magneride system was improved by swapping the single coil for two smaller ones. Engineers found that doing so cancelled out eddy currents that hung around for a few milliseconds after the single-coil version was switched off. The change improved the response time, only by about 12 milliseconds but that was enough to perceive a tangible difference when driving.

The fourth generation, which graces the fast Ford EV, is further improved. A feature was added to the controller so it can measure inertia directly, the motion control has been enhanced and wheel-hub-mounted accelerometers improve precision.

The controller is smaller, thereby taking up less space and weighing 20% less, software is further refined and internal friction of the damper units has been reduced a tad more. Two decades down the line, it’s still arguably one of the coolest suspension technologies of the 21st century. 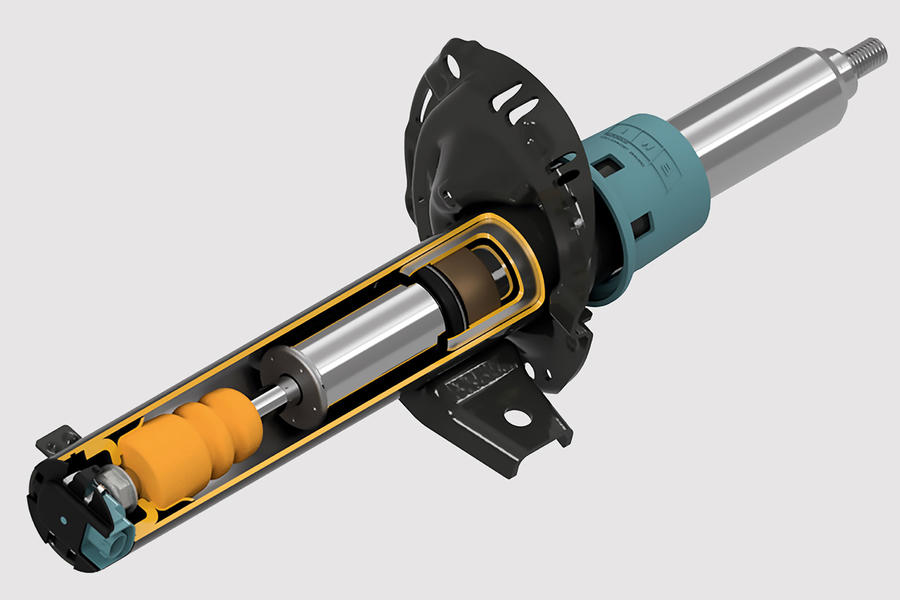 The GreenGT MissionH24 endurance racing car, designed to develop fuel cell technology under the extreme conditions of events like the Le Mans 24 Hours, also made its debut at the Festival of Speed.

Developed as a joint venture by Michelin and Faurecia with fuel cell technology from Symbio, it’s powered by no fewer than four fuel cell stacks fed by hydrogen compressed at 700 bar. The 635bhp, 185mph hydrogen car runs on tyres made of carbon black recycled from old tyres, orange and lemon peel, sunflower oil, pine resin and steel recycled from packaging.

Smooth sailing: How to build the most comfortable car

Under the skin: how air suspension helps more than ride quality