BACK TO ALL NEWS
Currently reading: Under the skin: Why free-piston engines could at long last be relevant
UP NEXT
New Porsche 911 GT2 RS Clubsport 25 is £450,000 track special

Under the skin: Why free-piston engines could at long last be relevant

It's always fun when some little-known technology that has been around for a century or more yet never really made it becomes topical again. So it is with the free-piston engine, an internal combustion piston engine with pistons not attached to a crankshaft – or anything, for that matter.

Free-piston engines have great potential for use as generators for range-extended electric cars or even driving a full series-hybrid in place of a more conventional crankshaft-based engine. The advantage is that they’re simple, with few moving parts; light; inherently well balanced; efficient; and – this is the important thing – ideally suited to running on a sustainable, carbon-free fuel, such as bioethanol.

A typical free-piston engine consists of two pistons in a cylinder, sealed at both ends, which come together at the centre. Imagine clapping hands, except that the pistons don’t actually touch but squeeze air tightly between them. You can probably see where this is going: if fuel is introduced into that airspace and the mixture ignited, the pistons are pushed apart at a ballistic speed.

The air pockets that they compress at each end of the cylinder act as pneumatic springs, pinging the pistons back to the centre for the whole process to repeat. The fuel, air and exhaust can be managed either with valves, like in a four-stroke engine, or ports in the cylinder, like in a two-stroke.

Because the combustion chamber is formed between two moving pistons rather than a piston and a fixed cylinder head, the compression ratio can theoretically be varied without the need for any extra mechanical parts. If the fuel is timed to ignite when the pistons are closer together, the ratio is higher. If the fuel is ignited when they’re further from each other so the space between them is bigger, the ratio is lower.

Free-piston engines are less than ideal for direct mechanical drive, but they’ve been used as air compressors and the exhaust for driving turbines. Today, their potential as generators for range-extended EVs and series-hybrids is in the spotlight. With permanent magnets embedded in the pistons and the cylinder wrapped in wire coils, they become ‘linear electric machines’, generating electricity as the pistons move along the cylinder. The physics is identical to that of a conventional EV motor-generator but unwrapped and working in linear fashion.

The tricky thing – and the barrier to widespread use – has been knowing exactly where the pistons are in their travels, which is easily measured from the crankshaft angle in a regular engine.

British firm Libertine has cracked that with its ‘linear electrical machine and control technology platform’. This can briefly increase the ratio during start-up, so the usual cold-start misfiring problems with bioethanol are avoided. Tests with Libertine’s two-stroke Intelligent Opposed Free Piston engine modified to use ‘wet’ bioethanol (90% bioethanol, 10% water) has been successfully tested at Mahle.

Libertine’s machine is seen as a way of powering heavy-duty electric powertrains for trucks or other large vehicles on fossil-free fuel without the need for a huge battery. But equally, smaller versions of the slim free-piston linear generator could fit neatly into series-hybrid cars. 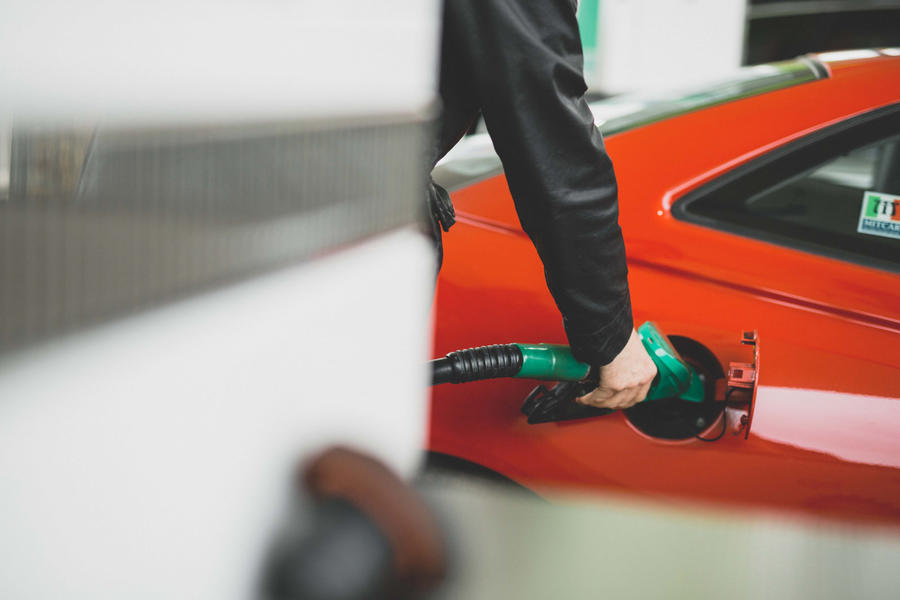 Why can alcohol fuels such as bioethanol cause cold-starting problems if used in high concentrations? It’s partly because of the cooling effect that alcohol has inside the combustion chamber and on the cylinder walls of an engine. It’s one reason why lower concentrations are used in petrol blends like E5, which is on sale in the UK now, and E10, which is expected to be introduced this year, following government consultations.

Under the skin: The robots that paint in flawless detail

I do not think that this is the  latest attempt by the oil industry to demonstrate relevance. The object is not replacement of private electric cars on the road. The applications envisaged are off-highway applications. Think industrial pumps in remote places, forestry vehicles, plant on construction sites etc. as well as HGV applications.

In any case burning anything at high temperature in air produces NOx, including combustion of hydrogen.

In any case burning anything at high temperature in air produces NOx, including combustion of hydrogen.

- but with a converter to strip out NOx, these things might be less complicated and cheaper than a hydrogen fuel cell?  Just a thought.......

shiakas 15 February 2021
"Carbon free" fuels is the latest attempt by oil companies to keep themselves relevant by trying to convince us their solutions are just as good as electric vehicles. They are not. Synthetic fuels cost more than fossil fuels (at least 5-6 times more cost than running EVs) pollute just as much as ICE cars in urban environments (they will still be banned) and even though they say they recapture the carbon they emit, they dont capture all of it (due to losses and the carbon cost of manufacturing, transporting etc)
View all comments (4)