BACK TO ALL NEWS
Currently reading: Under the skin: Bentley's amazing carbonfibre wheel
UP NEXT
Southern comfort: Bentley Continental on the English Riviera

Shaving significant amounts of unsprung weight from a car has a real effect on its handling, roadholding, braking performance, steering and agility. Unsprung weight means just that: the weight in a car that isn’t supported by the suspension springs. A large chunk of that on any car is the wheels and tyres, especially if they’re larger sizes.

Bentley’s bespoke division, Mulliner, has developed a carbonfibre Bentayga wheel that, at 22in in diameter, is said to be the largest composite wheel anywhere. The weight saving is a substantial 6kg per wheel – a reduction from 17.4kg for the aluminium alloy original to 11.4kg. Making large-diameter carbonfibre wheels for big, high-performance cars is no mean feat, and Bentley’s engineers have been working on the project together with its supplier, Italian specialist Bucci Composites, since 2015.

Bucci holds its own patent on the manufacture of carbonfibre wheels and has the necessary know-how to make them using high-pressure resin transfer moulding (HP-RTM). The carbonfibre cloth is cut and laid up in a hefty steel mould, which is closed before the resin is injected at high pressure.

The direction of the weave in the various layers of carbonfibre makes a significant contribution to how the wheels hold their shape under heavy braking and cornering. For example, a conventional alloy wheel can deflect (bend) under hard cornering to the extent that negative camber is reduced by as much as 1deg – a lot in camber terms. The carbonfibre wheel is so rigid that it doesn’t deflect at all, and that reflects in a good way on the grip, contact-patch stability and wear of the tyre with which it is shod. 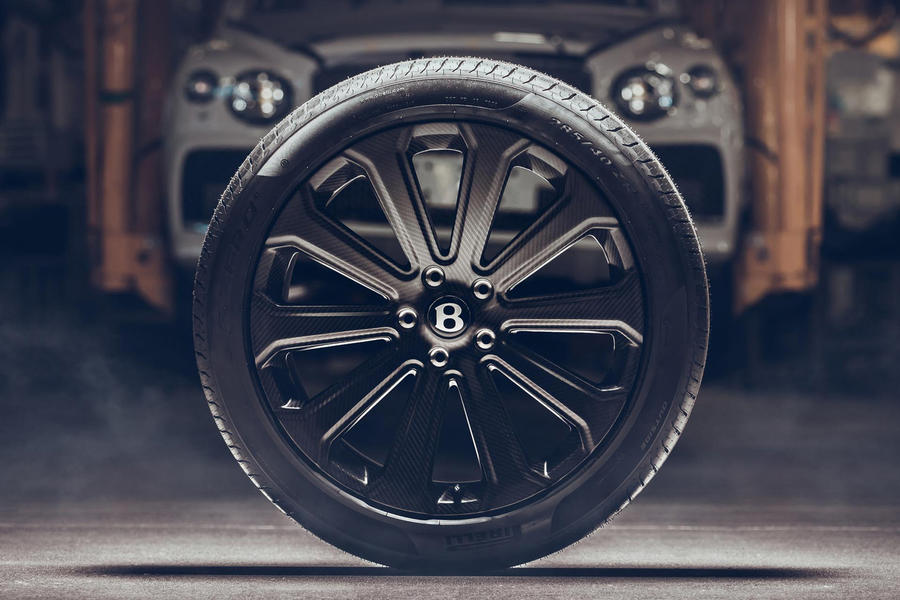 The biggest challenge came in dealing with heat soak from the brakes. Wheels are essentially large heat sinks, absorbing the immense heat generated under heavy braking. At the centre of the wheel, a forged aluminium hub moulded into the carbonfibre absorbs and dissipates some of the heat, but a lot is also transferred to the carbonfibre spokes. The way the carbonfibre is laid up in the mould and the directions of the weave contribute to dissipating the heat into the airflow.

The bottom line is that the heat isn’t dispersed by the hub and brake disc before it gets to the wheel: the wheel has to deal with it. One of the tests the engineers did was checking bolt torque after the wheel had become hot. On early versions of the design, they found it was dropping off, so the structure of the wheel was modified to resolve the problem.

Given the advanced materials in play, testing went above and beyond the usual standard, pushing the wheels to destruction to establish their ‘failure mode’ and the manner in which they will break. The answer is that, rather than shatter or crack like an aluminium-alloy wheel, they allow a steady deflation of the tyre.

As for kerbing, the story is similar to that with conventional alloy wheels: scuffs can be repaired up to a certain level of severity. Resistance to stone chips had to be up to the usual Bentley standards, too.

It really will write itself 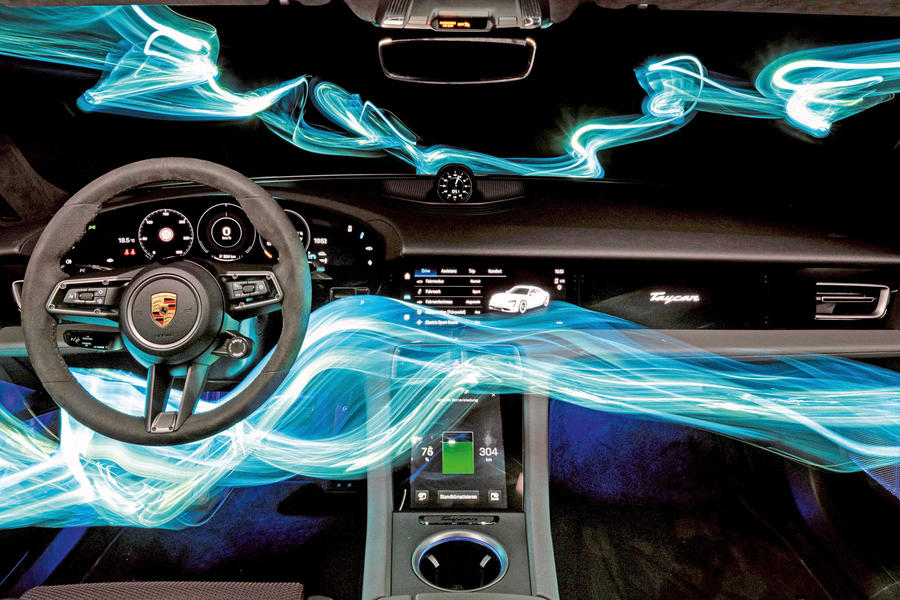 The boss of Porsche Engineering Romania has said it is possible software will one day write software. Marius Mihailovici predicts that while humans would set the framework for a piece of software, the code would be written and tested by artificial intelligence.

Under the skiing: meet the 10kg hydrogen engine

Log in or register to post comments
Basil Brush 30 August 2021
If it were a propersports car I'd take this seriously.

A massive big ugly SUV? Come on Autocar, it's just an other to bling on the bling option list.

I wonder what Leonard John Kensell Setright would have made of it?

Yes because shedding 24kg from a 3tonne monster will make all the diference on the school run.