BACK TO ALL NEWS
Currently reading: Can virtual reality replace test drives in lockdown? We find out
UP NEXT
First electric Lamborghini due by mid-2020s as two-door GT

Can virtual reality replace test drives in lockdown? We find out

For the first (and hopefully last) time in my life, I recently bought a second-hand car unseen - a 17 year-old one at that.

I had never even driven one, relying simply on the trusted words written by colleagues and copious forum posts to establish it was the car for me. And when the third lockdown made its unwelcome return, showrooms shut and non-essential journeys were banned, it became clear that I wasn’t going to be able to drive one before buying it.

With no end of this lockdown in sight, I lost patience and took the plunge. Fastidious research meant that I lucked out and came away with a good’un, arranging contactless delivery from the garage in Swansea to my home. But that didn’t prevent the odd sleepless night prior to that wondering if what I had actually bought would be decidedly underwhelming to drive when I finally got the chance.

The risk of buying a lemon when shopping for new cars is obviously lower than with used cars, but prospective buyers are still not allowed to simply pop in for a test drive (and still might not feel comfortable doing so when restrictions ease). So manufacturers are having to get creative to let consumers try in some way before buying.

Abarth, Fiat’s sporting offshoot, has gone down the high-tech route. The firm took its latest 595 variant, the limited-run Scorpioneoro (try saying that before your first coffee) to Snowdonia, North Wales, filmed it with the latest high-tech gear and created a virtual-reality ‘driving’ experience for potential customers to enjoy in their living rooms. 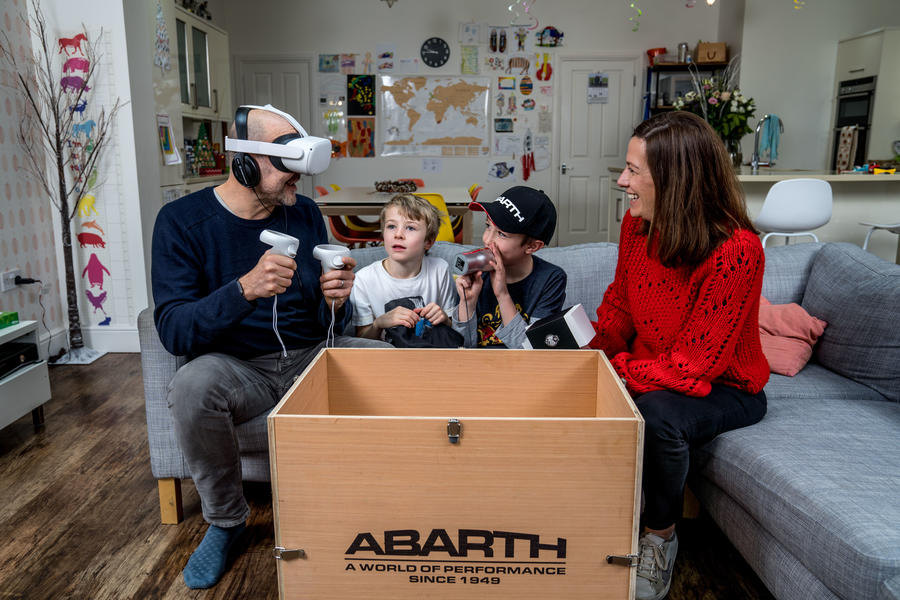 Obviously Abarth won’t be delivering a full-on driving simulator to every potential punter’s living room. Rather, we were sent an Abarth-branded wooden crate featuring a VR headset and Bose headphones for full immersion. Pre-loaded on it was a video where Abarth enthusiast and YouTuber Stef Vilaverde talks you around the car’s features, shows off its fruity exhaust and takes you for a spin from Black Rock Sands along the Welsh coast towards Mount Snowdon.

Firstly, the visuals are stunning: you get a clear look at the 595 Scorpioneoro, of which only 2000 examples will be built to pay homage to the classic Autobianchi A112 Abarth Targa Oro.

However, your eyes are more frequently drawn to the scenery of Snowdonia that you can view almost through 360deg. The roads were apparently chosen by the Abarthisti owners community for their driver appeal, and we can see why.

There were two irritations for us, however. The three-minute runtime for the video is frustratingly short, particularly when it seems clear that there was lots more driving footage of the car (both inside and out) that could have been included. And we had a problem with the audio on our set-up that meant it kept cutting out every few seconds. 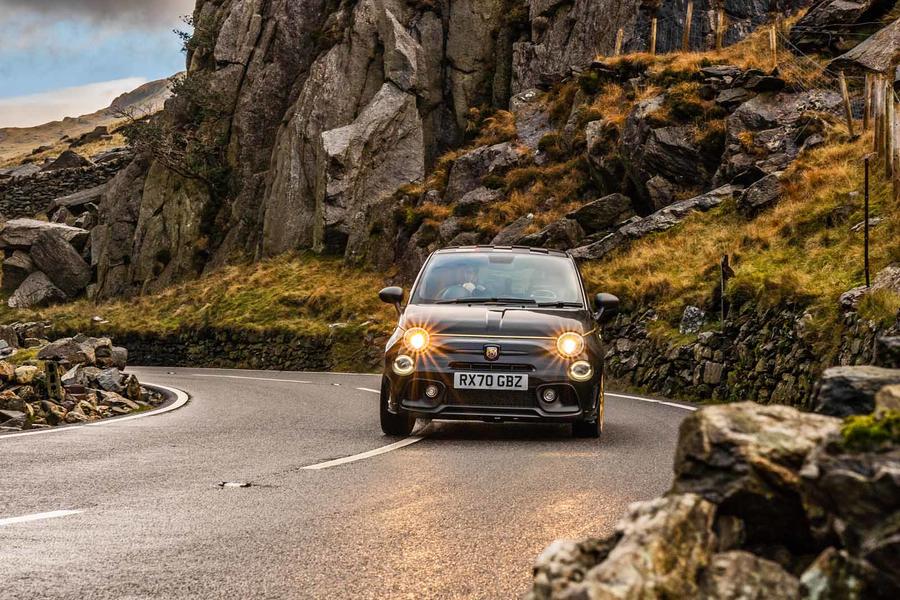 But while there may be some fine-tuning still to be done, the premise itself is sound. While it’s no real substitute for a proper driving experience, getting yourself comfortable at the wheel before receiving sensations through the controls on the move, it’s certainly more engaging than a typical promotional YouTube video. And your kids can get involved, too.

This sort of technology would be put to even better use on the second-hand market, I reckon. Dealers could take their interested buyer for a ‘test drive’, whereby the viewer could get an insight on the used car’s noise, vibration and harshness levels, rattles and squeaks, suspension noise, engine sound and all the things you will want to check for yourself in ordinary circumstances.

After your experience, the headset goes back into the box and is collected by a courier. The Abarth VR ‘test drive’ is being rolled out this week, trialled initially at the Vospers Abarth retailer in Exeter. If successful, it could be introduced across the UK.

Problems with audio, a very realistic FIAT driving experience then.

Novelty value is high, and having experienced this format, it's not how it would be in the real thing, maybe how the car drives, but you can feel interior surfaces and there's no car smells, seems silly to say that but, how a car smells, feels is important.

fellwalker 8 February 2021
Ridiculous. How can you tell how comfortable it is - the seat, the ride...

I have only once ever bought a car undriven, and regretted it for the two years I had it till I could justify changing it. Never again.