BACK TO ALL NEWS
Currently reading: BMW 320d long-term test review: first report
UP NEXT
Lamborghini confirms LMDh entry for 2024

Can the facelifted 3 Series prove itself to be a better car to live with than Jaguar’s XE? We’ve got the next 12 months to find out
Open gallery
Close

Moving forwards to stand still’ was the phrase we used at the launch of the facelifted version of the F30 BMW 3 Series last year.

That’s because in the past couple of years the compact executive saloon segment has become more competitive than ever, with classy new entrants from Audi, Jaguar and Mercedes-Benz, and the 3 Series is no longer the default choice.

The qualities that make the BMW’s fresher rivals stand out – the Audi A4’s lovely interior, the Jaguar XE’s fine chassis and the Mercedes C-Class’s alluring looks – are well known, but a glance at the all-important Autocar Top Five ranking for the class shows that the revised 3 Series sits in second place, tucked closely in behind the XE. 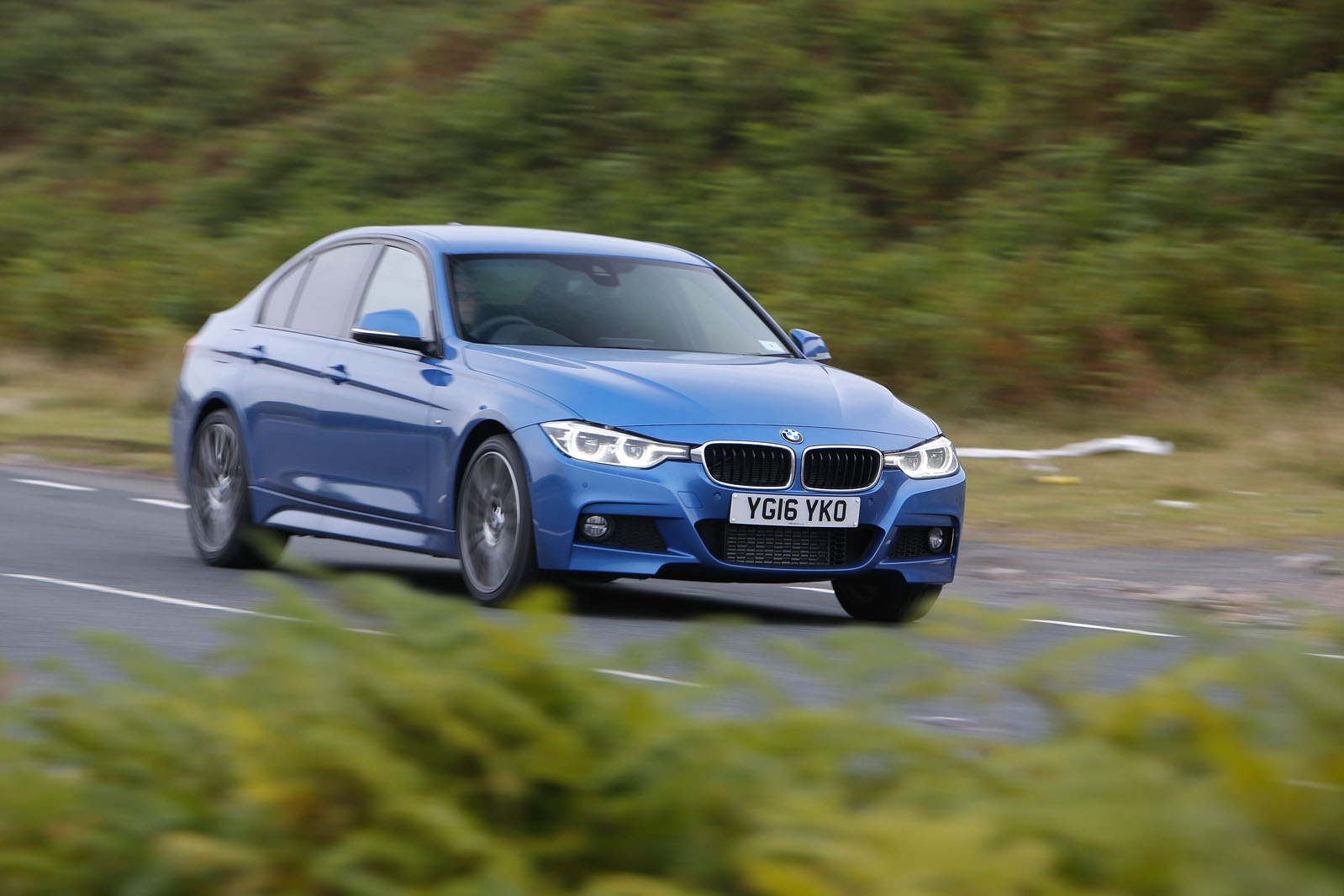 The XE secured top spot thanks to its chassis, but as impressive as the Jag is, we know that after a year spent with one, it leaves the door ajar as a car to live with, not least due to its questionable engine refinement and less advanced infotainment system.

So for the best part of the next 12 months we have a heavily revised 3 Series, to see if it can prove itself as the class’s standout all-round performer and everyday driver.

Specifically, the car in question is a 320d M Sport saloon. We plan to cover plenty of miles in it, so the 2.0-litre diesel engine that was replaced as part of last year’s facelift was a fairly natural choice, given how popular it is with the buying public and how good we know it to be for trips long and short.

The all-new four-cylinder engine, codenamed B47, is from BMW’s latest range of modular three, four and six-cylinder petrol and diesel engines. The 187bhp unit finds its way into our 3 Series hooked up to the smooth-shifting eight-speed ZF automatic gearbox, which sends drive, in this case, to all four wheels, making this the first time we’ve had a non-SUV xDrive-equipped BMW on the long-term fleet. 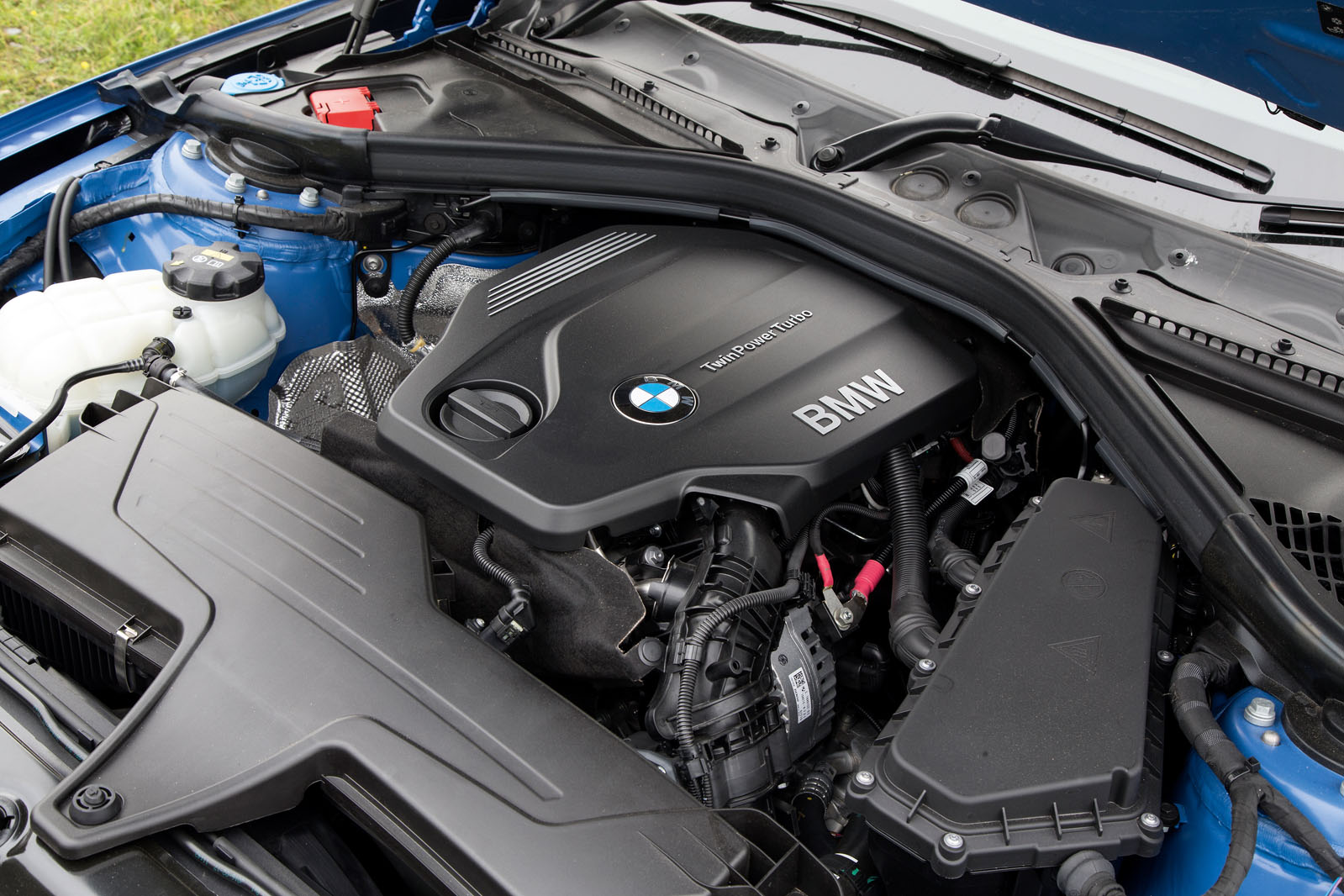 After years of depriving UK buyers of BMW saloons and estates of the option of four-wheel drive, the firm relented a couple of years ago. On the 3 Series, xDrive brings with it a £1500 premium over the equivalent rear-wheel-drive model. It’s a price that could well be worth paying if the winter is going to be as bad as some newspaper is doubtless about to say.

That increased list price isn’t the only premium you’ll pay over the rear-drive 320d. The xDrive’s fuel economy is hit, too, officially down by 4.1mpg over an automatic reardrive 320d’s 60.1mpg, with CO2 emissions up from 116g/km to 123g/km, too. There isn’t anything you’d ever notice between them in the 0-62mph times, though.

British 3 Series buyers have clearly taken to the security of xDrive, because one in four 3 Series is now sold with the permanent all-wheel drive system. The set-up’s usual drive split is 40% front, 60% rear in order to try to preserve some of BMW’s famed rear-drive poise, although up to 100% of drive can go to either axle, depending on the conditions and what the Dynamic Stability Control system tells xDrive to do. Perfect, then, for helping you to avoid that lamp-post on the annual day of ‘snow chaos’ (copyright, Daily Mail, Daily Express) we experience in the UK.

In addition to that new engine and all-wheel drive system, this 3 Series sports all the usual facelift gubbins you’d expect. There’s revised styling (I think it’s the best-looking car in the class in this colour and spec), some clever changes to the suspension to improve rigidity, increased spring and damper rates to sharpen up the handling, smartened-up interior trim and revised specification levels with more standard equipment.

Which brings us nicely to the chosen trim level: M Sport. It’s more popular with British 3 Series buyers than all the others put together, accounting for some 55% of sales last year and the same again so far in this year. You get the usual M Sport add-ons, so bigger alloys, a bodykit, sportier suspension, some sporty trim and those allimportant M badges.

As for the optional extras, we really wanted to delve deep into what’s on offer, so this is about as fully loaded as BMWs come. Highlights include a top-of-therange multimedia package, some clever parking assist technology, adaptive suspension and upgraded 19in alloys. The priciest option we’ve got is the £2000 M Sport Plus package, which adds things like a rather impressive Harman/Kardon stereo and M Sport brakes.

In reality, you probably wouldn’t specify your 3 Series to anything like the £42,270 as-tested price of our car, so we’ll keep you informed over the coming months of what’s hot and what’s not in terms of options. Oh, and what we think of the rest of the car, of course. For now, we hope it’s as lovely to live with as the reassuringly solid, robust ‘thud’ the doors make when you close them. That’s how you make a first impression.

I would like to know if Autocar is owned by the German car industry. Week after week your pages are full of news and reviews of German made cars. Why don't you give more space to the dozens of other makers around the world?
jer 18 November 2016

These optioned cars are unrepresentative

Have the cajonas to say send us a stock car or we'll run something else. I can hear the discussion.. But we want you to review the extras BS they want you to write a more favourable report on what's effectively a prototype.
db 18 November 2016

This iteration of the 3 series isn't exactly in the first flush of youth so why re test ? Journalists could save a lot of time and just ask the reps at any service station how it is to live with ? Why not test something a bit more unusual that's not post premium (I would like to see the stats on how many 320ds are sold for £42000) and maybe petrol to try and turn the tide on diesel so we can see real world consumption figures or have even journalists succumbed to badge snobbery and like to drive and park the badge?
View all comments (13)