BACK TO ALL NEWS
Currently reading: New TVR V8 sports car to use manual gearbox
UP NEXT
Dacia bosses "fighting tooth and nail" to bring Spring EV to UK

TVR's new sports car, to be revealed at this year’s Goodwood Revival, will mate its Cosworth-fettled 5.0-litre V8 engine to a manual gearbox - as shown by a new picture of its lever (below).

Click here for the latest on the new TVR sports car

Weighing in at 1200kg, the model will have a power-to-weight ratio of 400bhp per tonne - the highest of any vehicle in its class, according to the company.

That figure beats rivals including the Porsche 911 Turbo S and the limited-production Aston Martin Vantage GT8, which offer 364bhp and 293bhp per tonne respectively. The Jaguar F-Type SVR coupé and Maserati GranTurismo MC Stradale provide a respective 339bhp and 257bhp per tonne. 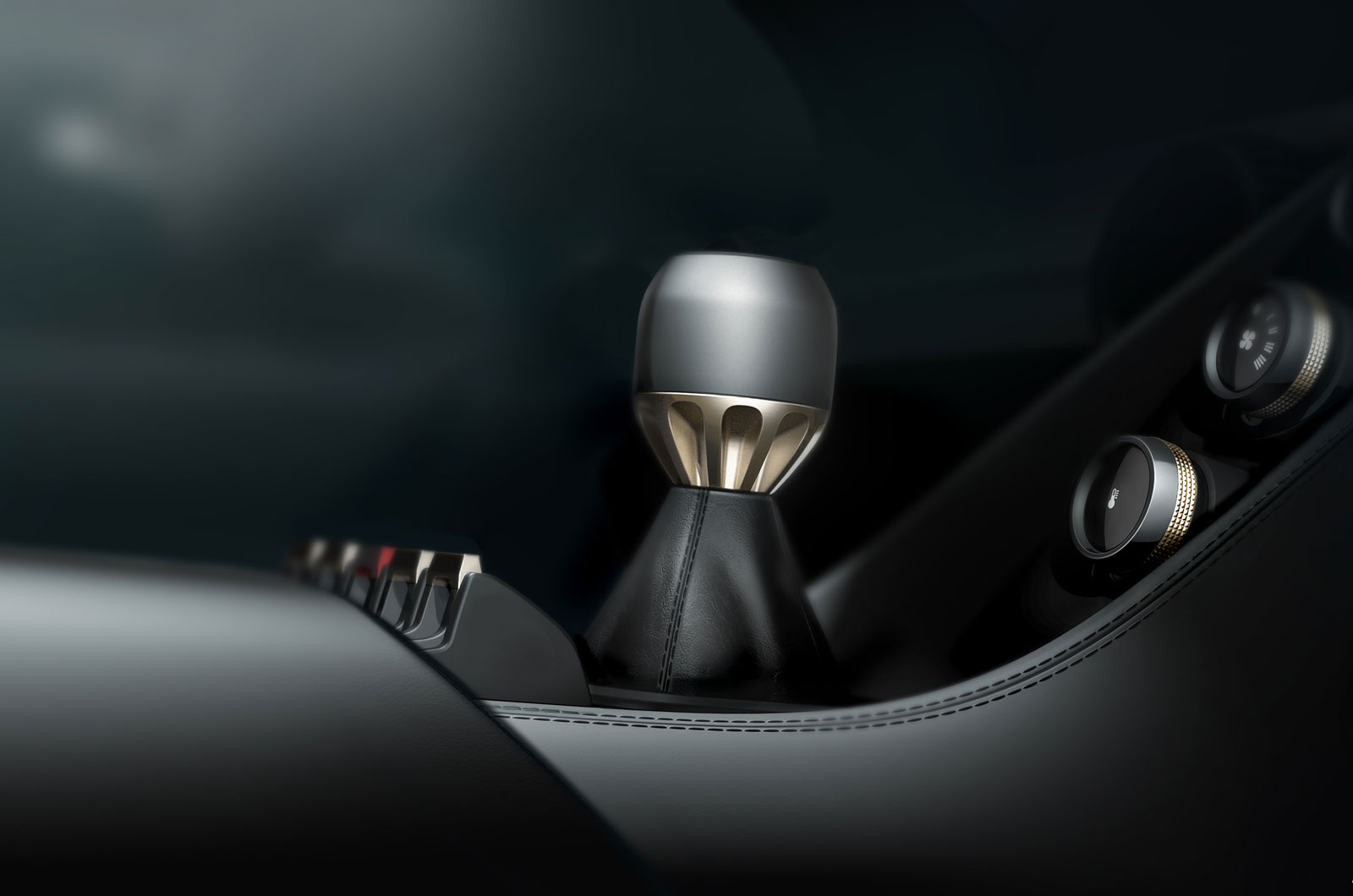 Headline figures for the model, which will cost less than £90,000 for the full-house TVR Launch Edition, include a 200mph top speed and a sub-4.0sec 0-60mph time.

TVR claims the car will also be the most compact in its class, measuring 4300mm long (199mm less than a Porsche 911) and 1271mm tall (43mm less than a Jaguar F-Type). Despite these dimensions, the interior “offers levels of comfort and practicality that clearly reflect the manufacturer’s intention that this will be a suitable car for everyday use”, the firm said.

“We have been ambitious and rigorous in establishing performance benchmarks for our new car,” commented John Chasey at TVR Manufacturing. “Our intentions for power-to-weight, size, practicality and quality standards were set high from the very start. We know that the new TVR must be able to compete at the very highest levels and I’m delighted to say that the car has met or exceeded all of our own, very exacting requirements hands down.”

Last month, TVR's chairman, Les Edgar, confirmed to Autocar that development of the super coupé is on course despite issues surrounding the location of its new factory at the Circuit of Wales.

Following the Welsh government's decision to not guarantee funding for the circuit project, Edgar told Autocar that TVR's plans to open a factory near the site at the start of 2018 were unaffected. This will lead to the build of the first pilot car for the new model six months later, with production of the first customer cars starting after that.

The forthcoming public showing at Goodwood Revival follows a series of private reveals for customers who have already placed deposits on the 200mph, front-engined V8 two-seater. For its Goodwood launch, the car will be located in the Earls Court building alongside several classic TVR models to celebrate the marque's 70th anniversary.

Although still under wraps, we know the new car will be built very much in character with the traditional Blackpool TVRs, but it will be entirely new from the ground up. Designer Gordon Murray hosted customers who viewed the car at the headquarters near Guildford, Surrey.

An earlier preview picture shows one of the car's tailpipes, which are located behind the front wheels (as shown in the Autocar rendering in the gallery). The car being shown in September won't be in production specification, but will feature parts that will end up on the final car.

The display will remain static because Goodwood Revival rules dictate that only cars made before 1966 can run or do demonstrations on circuit.

Edgar said: “It’s the first time a global launch of a new car has occurred at this event and it seems an entirely appropriate place for us to do it, with the marque’s motorsport heritage and an enthusiastic audience of dedicated car fans – and in our 70th anniversary year.

"After a series of secret private viewings organised for the benefit of existing customers for the new car, we know that we have a sure-fire hit on our hands and very much look forward to seeing the public reaction in September."

A spokesman said that orders for the first 500 Launch Edition cars have almost sold out, meaning order books for this first run could close at Goodwood.

TVR has sworn customers who have seen the car to secrecy - to the extent of asking them to sign confidentiality agreements.

Edgar added that the brand was also keen "to stress [the car's] sophisticated underpinnings, which incorporate the very latest technology". He continued: "This project has required our engineers and designers to start from scratch - you can’t meet the latest legislation any other way - and we’re proud of what they’ve achieved." 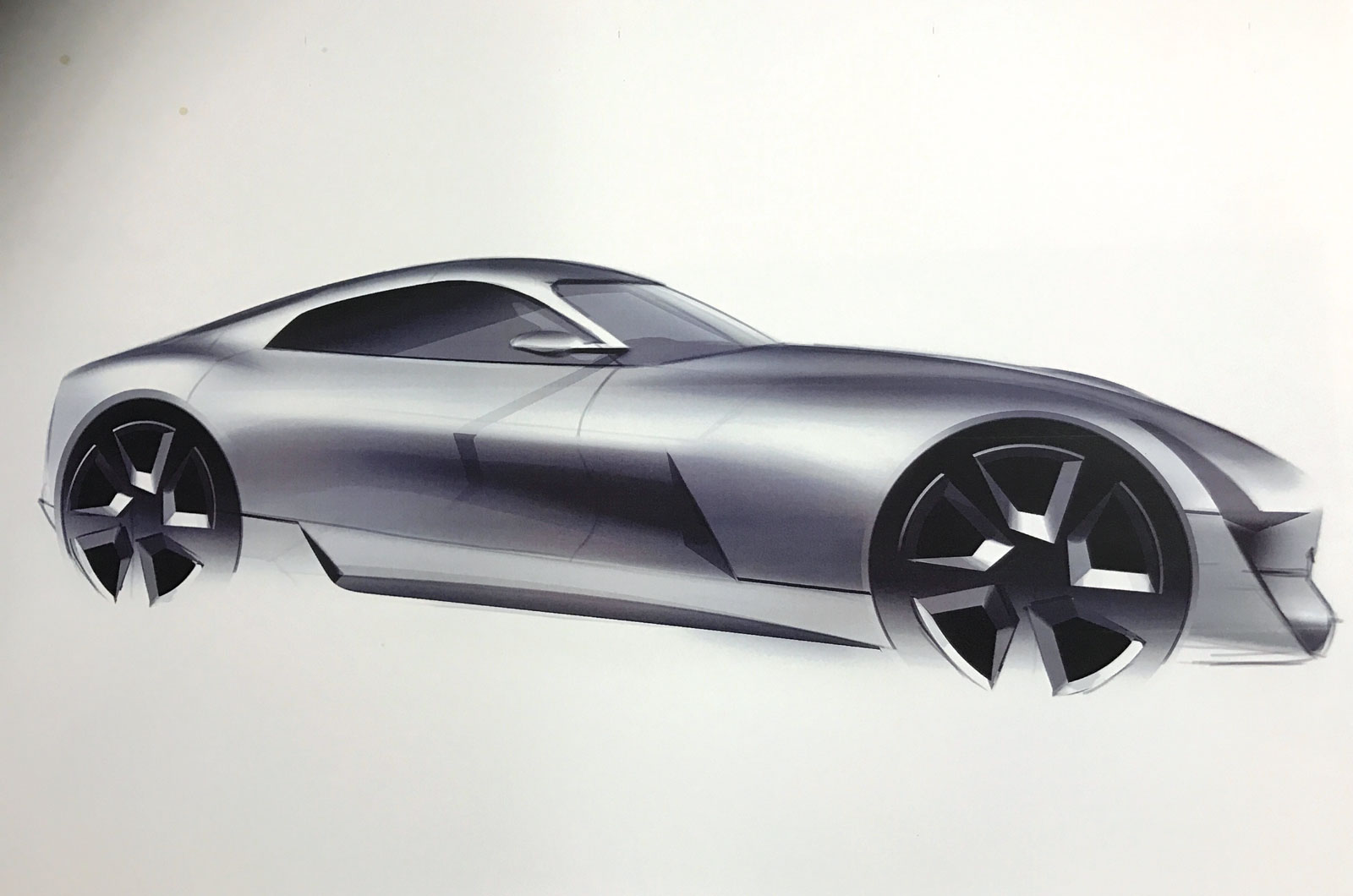 The need for an entirely new design - and a desire among TVR’s backing consortium to refine the car’s all-important details - is the main reason for slippage in the original delivery schedule. “We’re determined to give this car the perfect chassis and to make sure that the looks match the engineering,” Edgar explained. “That has meant working through a number of styling iterations, which isn’t a quick process.”

Autocar broke the news of TVR's new car early last year and, shortly afterwards, almost 400 deposits were taken. A full-size clay model of the car was taken to the London motor show (shown in gallery), but it remained under cover.

The new TVR is made through Murray’s patented “iStream Carbon” production process, which uses a tubular structure to define the hardpoints of the car, with bonded-in carbonfibre panels greatly enhancing its strength. The rigidity, lightness and crashworthiness of iStream have already been proven in a number of applications, including Murray’s own micro-cars, two Japanese sports car projects and a flat-pack truck design for developing world applications, called the Ox. 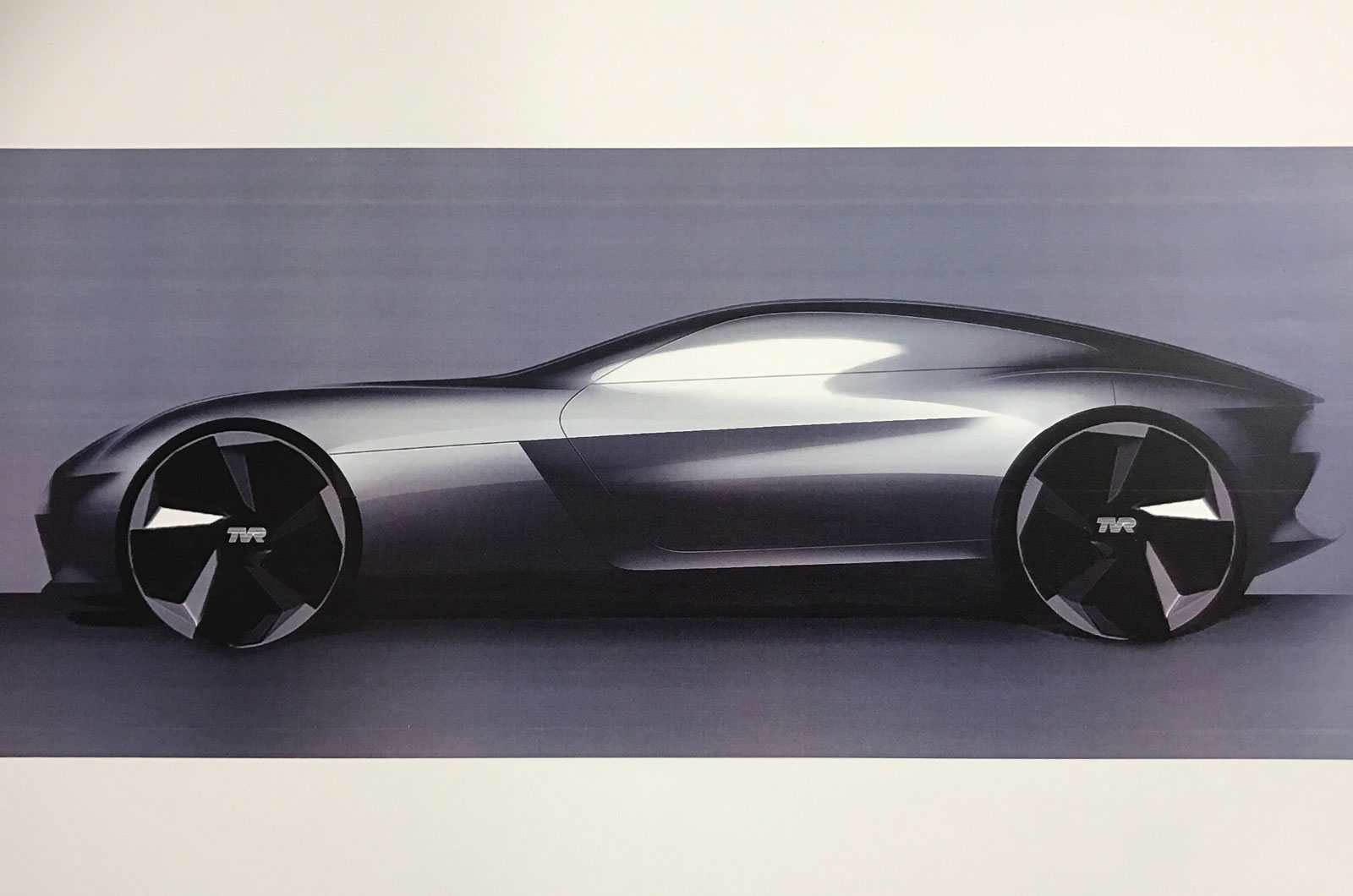 At the Guildford meetings, customers have also seen a 3D portrayal of the TVR’s completed interior - in two different colour/trim combinations - plus a model of TVR’s in-house seat design. Proceedings concluded with a discussion of finance options, then a Q&A session. The whole event occupied a little less than two hours.

Over the past year, TVR has been conducting extensive performance and durability tests of its Cosworth-developed, Ford Mustang-derived 5.0-litre V8 petrol engine, most of them in a previous-generation TVR Cerbera lightened to simulate the weight of the new car. Performance has been described as 'electrifying'.

The red 'as imagined by

The red 'as imagined by Autocar' drawing is a new level of epically terrible car drawing.

A launch at Goodwood FoS

A launch at Goodwood FoS would have been entirely more appropriate, given that TVR could have run the car in a more contemporary setting. I guess it isn't ready yet.

Here we go again!, another promised super duper Car,going to kick ass ,make Porsche's and there ilk look like Carthorses,all for £90K....!?,well go on then.....