BACK TO ALL NEWS
Currently reading: Range Rover Velar gains new engines and PHEV option for 2021
UP NEXT
Lamborghini confirms LMDh entry for 2024

Land Rover has boosted the appeal of the three-year-old Range Rover Velar with an overhaul of its technology, a renewed engine range and its first plug-in hybrid powertrain.

The popular SUV hasn’t been changed externally, bar the addition of three new paint colours and wheel designs. Instead, the focus has been on the cabin, with Land Rover’s new Pivi and Pivi Pro infotainment systems added.

The dual-screen layout is unchanged, but the graphics are better, while the software is completely overhauled to be quicker and easier to use. Of all functions, 90% can be accessed with just two taps of the screen. And, due in part to a new electrical architecture (part of the mild-hybrid upgrades), the sat-nav is said to get ready in the time it takes to enter and start the car. There are also a host of new features, including a 360deg 3D surround-view camera.

The system offers free over-the-air software updates and can predict the driver’s preferences, while the digital instrument display is now more customisable. Further new technology includes a wireless smartphone charging pad mounted in the centre cupholder, a new allergen-blocking air filtration system and speaker-based road noise cancellation. Finally, a new smart key fob combines with an upgraded wearable Activity Key that no longer requires the key fob to be in the car. 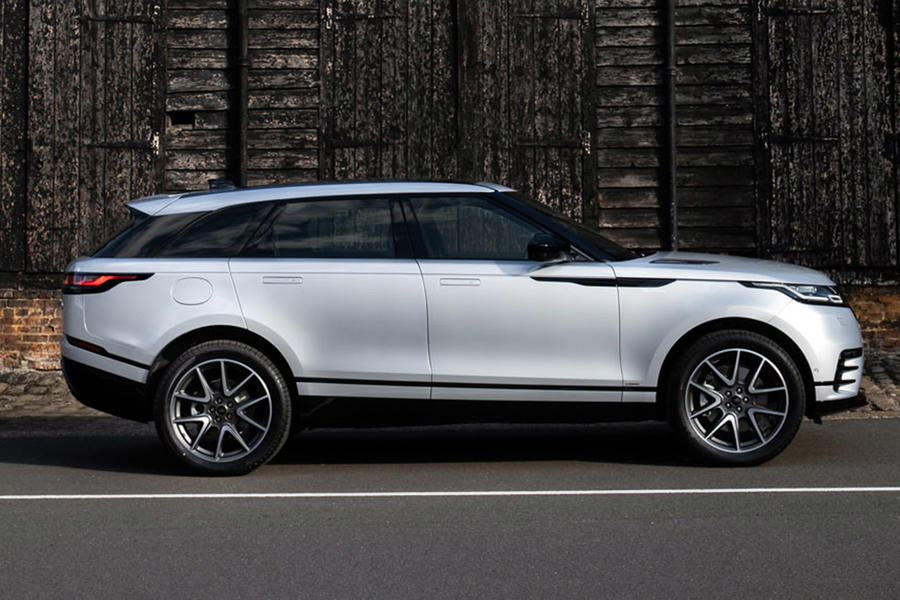 Mirroring the changes made to the Jaguar F-Pace, the Velar’s engine range has been entirely overhauled and now includes a plug-in hybrid model, the P400e.

It mates a 296bhp 2.0-litre petrol engine to a 141bhp electric motor and an eight-speed automatic gearbox for a total system output of 400bhp and 472lb ft. Land Rover quotes 0-60mph at 5.1sec, while official fuel economy is 130.2mpg and CO2 emissions are 49g/km. The P400e can drive for 33 miles on electricity alone, with 50kW rapid charging ensuring an 80% charge in half an hour.

The sole petrol offering for the UK is the P400, which puts out 395bhp and 406lb ft for a 5.2sec 0-60mph time. It uses a twin-scroll turbocharger and an electric supercharger to boost responses and is 13kg lighter than the old unit.

Air suspension is standard on the six-cylinder models.

I have checked the LR website - the P400 is not the sole petrol option. The P250 without MHEV continues to be available as it is in the Jaguar F-Pace.