When the Velar first arrived, Land Rover pitched it as a luxury mid-size SUV, and priced it as such. The firm’s most road-focused model to date then steadily expanded towards the more affordable end of the price spectrum, with its engine losing a few cylinders in the process.

The D180 is hardly the only four-pot car in its class right now, with the BMW X4, Mercedes-Benz GLE and even the entry-grade Porsche Macan offering the same, though the latter drinks from the green pump rather than the black one.

JLR’s Ingenium diesel engine does need to move a little over two tonnes of car, though, and has just 177bhp with which to do it. That combination was never going to make for pulse-raising straight line figures, the Velar barely squeaking in under nine seconds for the 0-62mph dash, but a healthy 317lb ft of torque ought to make up for it in everyday use. It’s partnered with an eight-speed automatic gearbox, with power naturally being sent to both axles.

The D180 is driven here in S guise, which improves on the standard specification with 19in alloy wheels, upgraded LED headlights, a powered tailgate, power folding door mirrors, a Meridian sound system, and Navigation Pro infotainment with traffic sign recognition. The R Dynamic trim then further butches up what is already a very handsome car, with metal paddle shifters and pedals adding some sporting flair inside the cabin. 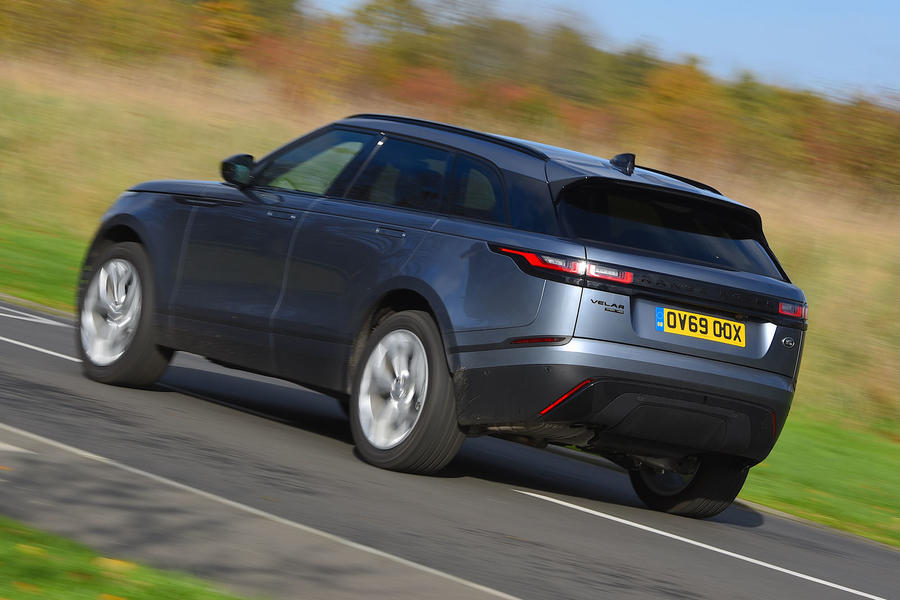 Capable, but unsurprisingly not to the extent of the more powerful engines found elsewhere in the line-up. Though I’m not sure you’d want to drive the Velar with anything less under the bonnet, it would be wrong to label it underpowered. Motorway overtakes are dispatched without too much drama, and it feels responsive enough around town, although the automatic gearbox isn’t particularly quick to drop down when attempting to fill gaps in traffic.

Refinement isn’t its strong point, either at idle or under load, with a somewhat gruff-sounding tone that betrays its cylinder count at slower speeds. Wind and road noise are both well managed, though, so at motorway pace the cabin is a very pleasant place to be.

Even lower-grade models are well equipped, with twin touchscreens in the centre console giving precise control over climate, driving modes and other settings. Physical dials make on-the-fly adjustments a lot easier than a purely touch-based system, and look the part too. That said, the basic instrument cluster (a small screen flanked by analogue dials) felt a little out of place in the otherwise tech-laden cabin, so we’d definitely tick the option box to add the fully digital cluster.

There’s little disguising the Velar’s size and heft in the corners, where it lacks the sharpness and precision of the BMW X4, or indeed the Jaguar F-Pace with which it shares a platform. However, though we didn’t get the chance to test it in the D180, experience elsewhere in the range suggests that it would best both rivals when taken off road.

The combination of 19in wheels and passive suspension creates a ride that copes well enough with coarser road surfaces, and while it doesn’t waft as a Velar on air suspension does (an option not available with this engine), both driver and passengers will appreciate its relaxed nature on longer journeys. 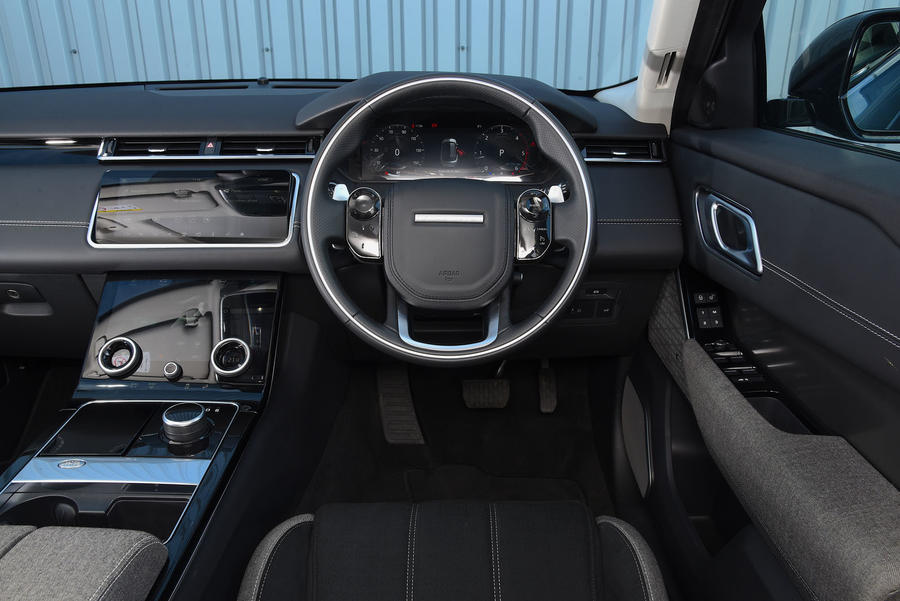 If you're after a premium SUV solely for the level of comfort on offer, and not the promise of dynamism, this entry-grade Velar largely fits the bill. It’s spacious, with a level of interior quality that competes closely with class rivals, and a healthy selection of standard kit.

The four-cylinder engine is capable enough to not feel strained in daily use, and will be less expensive to run than the equivalent petrol engine, though it lacks the refinement of the more expensive six-pot diesel.

It’s a minimal compromise that most people will find offset by the relaxed ride and concept car looks that are key to the Velar experience.

For all you guys saying it's an under powered engine for the vehicle weight , have you checked out the weight of the similar engined luxury competitors ? The xc 60, merc glc and bmw x3 are all considerably heavier...don't let facts get in the way of a good moan though !
hiphopzacom 15 December 2019

Love this car so much

The Autocar JLR auto extra half a star comes into play.
View all comments (9)