BACK TO ALL NEWS
Currently reading: Official: DeLorean returns with 300-mile Taycan rival for 2024
UP NEXT
Spending 48 hours touring in a Ferrari Roma

DeLorean is back, and it’s gearing up to take on the world’s best-established premium brands with a comprehensive line-up of cars in different segments and an array of powertrain solutions.

The brand is being revived by an US-based outfit headed up by CEO Joost de Vries, previously a high-ranking official at Tesla and Karma.

He has taken the helm from Brit Stephen Wynne, who had run DeLorean as an aftermarket support service since 1995, when he acquired the brand rights following the high-profile demise of the original company.

Spearheading the rebirth is a striking, battery-electric coupé with rakish, sportscar-style proportions, far removed from the wedge-shape silhouette and compact footprint of the 1981 DeLorean DMC.

Called the Alpha5, it will make its debut at Pebble Beach in August before being put into production in 2024.

It will have performance to match “the Mercedes-AMG GT and maybe the higher-end Porsche Taycans”, de Vries told Autocar, “but it’s more catering to the internal-combustion crowd than trying to become a faster Tesla Model S Plaid.”

De Vries was tight-lipped on the car’s underpinnings, going so far only as to say: “The car is being built in Italy – we’ve outsourced that – and we have some partners on the UK on the powertrain side.” 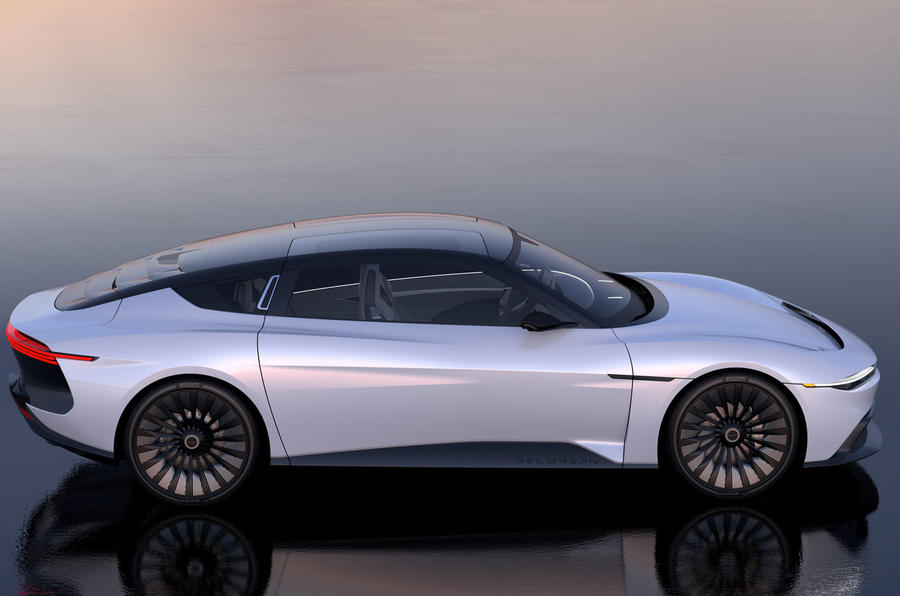 Initially, de Vries explained, the car will be sold in a limited run of 88 – referencing the speed needed to time-travel in the 1985 sci-fi film Back To The Future, in which the DMC famously starred.

Each will serve as an avatar for an associated NFT, meaning they won’t be road-registered and suitable only for track use. The rest of the production run, while still low-volume, will be built and marketed more conventionally and so will go through the necessary homologation processes for legal use on the road.

Although technical details remain thin on the ground, the design influence of the original car is clear.

The slim wraparound light bars at each end nod to the brand’s 1980s heritage, while the chunky louvres over the rear window, turbine-style wheels and gullwing doors are some of the defining features that have been taken from the DMC. In fact, the new car has been styled by Italdesign, the Italian design house run by Giorgietto Giugiaro, who penned the DMC.

“In Italy, they never really stopped designing DeLoreans, which was awesome,” de Vries revealed. Looking back at sketches in the firm’s archives, company bosses “found the saloon, discussions about the coupé, a city bus and an SUV,” he said. “You would never know the firm stopped building cars.”

Now, DeLorean aims to bring that hypothetical line-up into reality by branching out into other segments beyond the flagship coupé, targeting much higher production volumes for the more mainstream-friendly models on its roster. 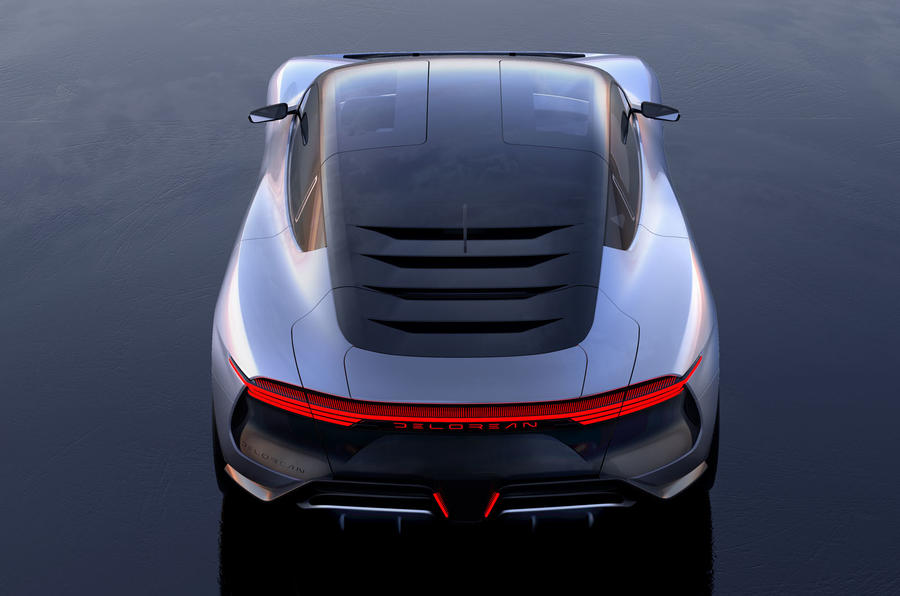 Next up will be a sports coupé powered by a V8 engine, followed by a battery-electric saloon and finally – and most importantly, with DeLorean’s brand-building plan in mind – a premium sports SUV with a hydrogen-fulled powertrain.

“We need an SUV for volume”, de Vries said. “The business case is an SUV that will be launched very quickly after we launch our halo car, but we need that halo car first.”

To be previewed after the coupé’s Pebble Beach debut, this larger model will be sized to compete – predominantly in the US – with full-size luxury SUVs such as the BMW X7 and Cadillac Escalade but still with obvious stylistic links to the halo car. The SUV will take its power from a hydrogen powertrain because DeLorean is “not convinced that batteries are the end goal”.

Whether this will take the form of a fuel-cell electric system or a combustion engine remains to be seen, but de Vries was firm in his belief that “there’s no one road to Rome” when it comes to phasing out fossil fuels.

With its initial seed round of funding complete, DeLorean’s next funding round will be tied to an IPO, possibly in August. de Vries explained: “We will be a public company. We have to be. Building cars isn’t cheap, and you need lots of money to make it happen.” 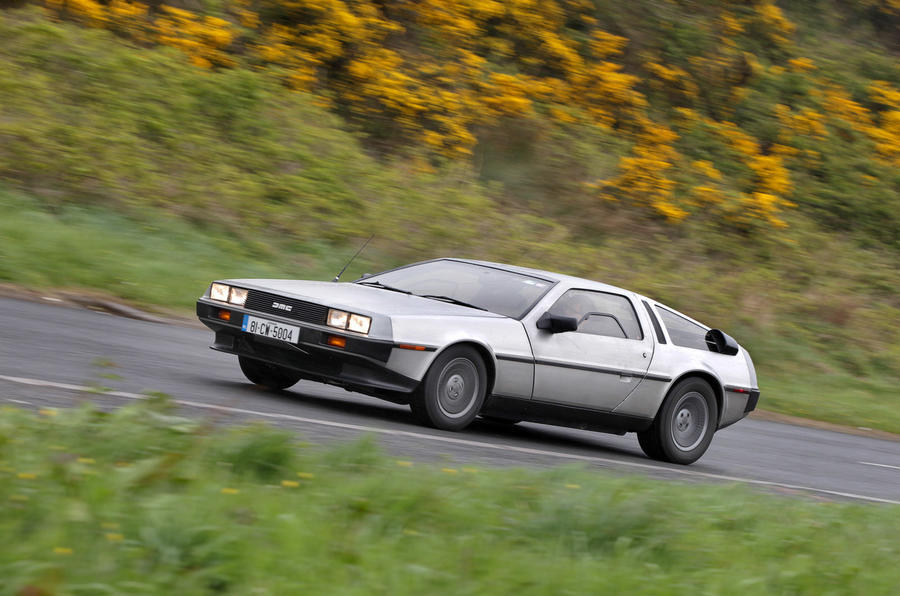 The revival of DeLorean was initially planned to start with a series of continuation-style modernised DMCs, built in accordance with proposed changes to US legislation that would allow low-volume cars to bypass homologation laws.

By then, the project had already been shelved in favour of launching a whole new family of vehicles.

However, with two-thirds of all the DMCs built still on the road and their values rising, DeLorean’s heritage side is growingly important, so Stephen Wynne and his team are now working on an upgraded version of the original car to mark its 40th anniversary.

I can see the Gemera played a part in the design of this prototype. It looks cool and the signature DeLorean doors are a must-have.

We see so many good ideas and designs but things are moving so fast now that most don't see the light of day.

That Autocar is reduced to employing 'Felix' to write this garbage is a testament to how far Autocar has dropped from its once lofty perch. To try and suggest, in any way, that this new DeLorean is a 'rival' to a Porsche Taycan, serves only to illuminate Felix's shortcomings as a motoring journalist. Shameful!