BACK TO ALL NEWS
Currently reading: New Peugeot e-Traveller launched as electric eight-seat MPV
UP NEXT
Alfa Romeo to show new sports car in early 2023

Peugeot has introduced a new all-electric version of its Traveller van-based MPV; one of a small number of eight-seat EVs available anywhere.

The e-Traveller follows on from the mechanically identical e-Expert panel van, with the same front mounted electric motor as the Peugeot e-208. It puts out 134bhp and 192lb ft, enough for a 0-62mph time of 13.1sec and a top speed of 80mph.

The 50kWh battery allows a range of up to 143 miles on the WLTP cycle. Two types of on-board charger are offered - a single-phase 7.4kW unit and an optional three-phase 11kW unit - but the e-Traveller can be charged at up to 100kW via a suitable public charger, allowing for an 80% charge in 30 minutes. 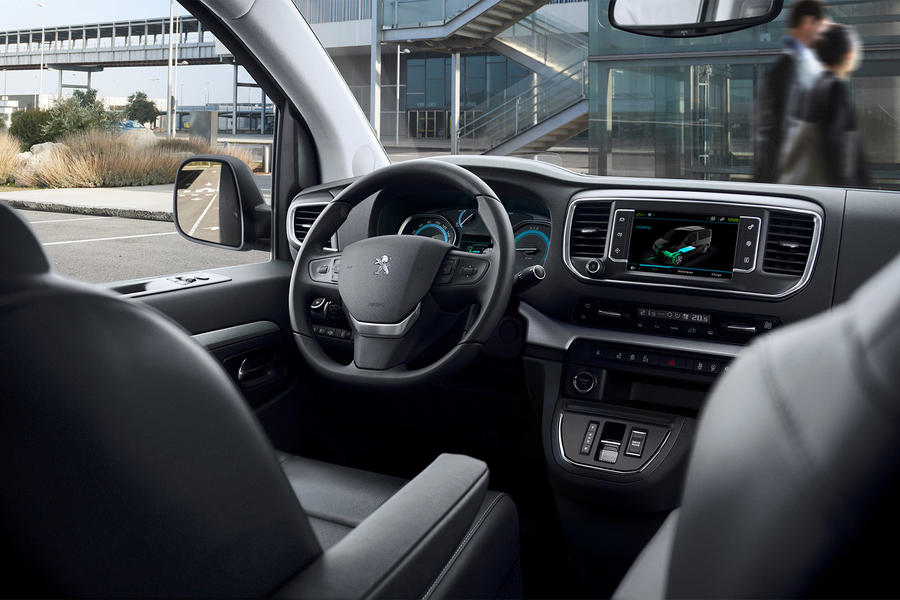 Like the standard Traveller, the e-Traveller can be specified in both long- and short-wheelbase forms: a 4.95m Standard model and a 5.3m Long version. Up to eight passengers can be carried, leaving 1500 litres of boot space, with that figure extending to 4900 litres when the rearmost two rows of seats are removed. The batteries underneath the floor do not impact on interior space, and the e-Expert's 1000kg towing is preserved.

Specific styling changes for the e-Traveller, other than the obvious charging flap, include a specific grille and e-Traveller badging. Inside, the instruments, touchscreen and head-up display are all altered to show EV specific graphics and data.

Other EV-specific features include pre-conditioning for the air-con and heating, available on certain versions. The battery is guaranteed for eight years and 100,000 miles for 70% of its charge capacity.

Prices for the e-Traveller will be revealed nearer the model's on sale date in the second half of the year. Expect a premium over high-end Traveller models.

I can see it being popular with private hire drivers...

I'm sure there will be some users for whom that will be enough, especially with a recharge over lunch but what will be the range be with a full complement of passengers, their luggage and the air conditioning on? The idea of electric vans is really appealing, but I think this needs a much bigger battery.

Smart idea. No competition in

Smart idea. No competition in eVans. Not even Tesla.