BACK TO ALL NEWS
Currently reading: New Pagani Imola is £5 million, 816bhp tribute to GP circuit
UP NEXT
Handling by Lotus: revisiting the Kia Elan in 2021

Pagani has revealed the Imola, an ultra-exclusive, limited-run variant of its Huayra hypercar with 816bhp and a price tag of around £5 million.

Named after the historic Italian circuit at which it was developed, and which has previously hosted both the San Marino and Italian Grands Prix, the Imola likely signals the imminent end of Huayra production. It follows the open-top Huayra BC Roadster, which was launched in 2019 as a £2.8m tribute to the firm’s first customer.

The Imola has been fine-tuned on track over the course of 10,000 miles, which Pagani says is “the severest on-track validation test ever applied to a Pagani car”. It remains roadworthy, however, and the company claims the car’s bespoke braking and tyre set-ups will make it “easy to drive, in true Pagani style”.

Just five examples will be built, as was the case with the commemorative Cinque edition of the Huayra’s predecessor, the Zonda. Each is priced at €5m (currently £4.16m) before taxes – nearly double the cost of the BC Roadster. All have sold already. 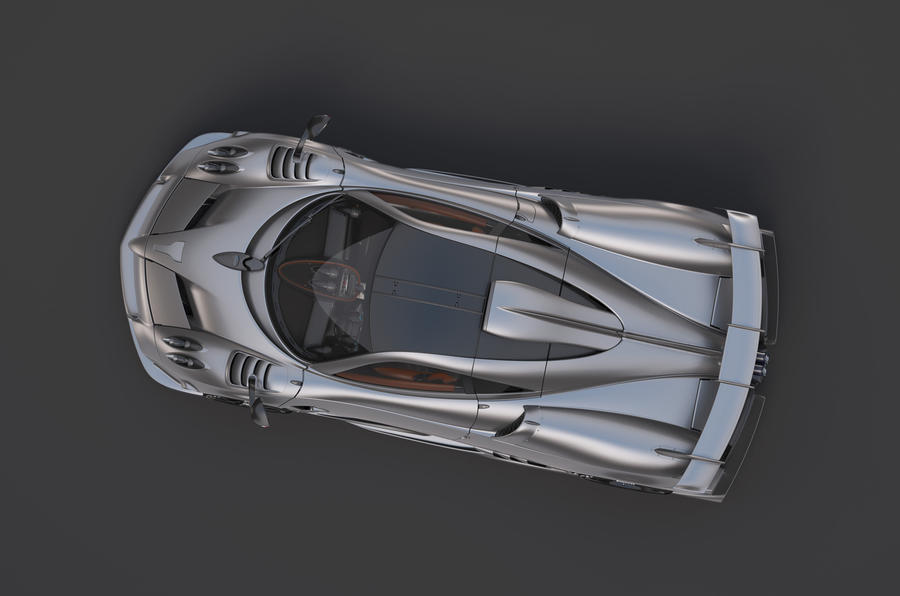 Power comes from an uprated version of the standard Huayra's twin-turbocharged 6.0-litre Mercedes V12, producing 816bhp and 811lb ft of torque. This gives it a 79bhp advantage over the track-focused Huayra BC.

Pagani hasn’t confirmed precise performance details, but we can expect the Imola to significantly undercut the Huayra’s 0-60mph time of 2.8sec and even beat its 238mph top speed.

The new hypercar weighs just 1246kg, thanks to the use of carbonfibre and titanium in the construction of its central monocoque, while a new composition formula is said to enhance stiffness. Additionally, Pagani claims its new Acquarello Light painting system saves 5kg over the weight of a conventionally painted car.

The Imola’s resemblance to the Huayra is evident, with the flagship model’s quad-exit exhaust, elliptical rear grille and distinctive, Formula 1-style bonnet carried over. The model’s track potential, however, is made clear by a roof-mounted air scoop, a large rear wing and an aerodynamics-enhancing diffuser set-up.

Horacio Pagani, founder of the Modena-based firm, said: “We can't say that it's an elegant car. We wanted an efficient vehicle, and just as you'd expect if you were looking at an F1 single-seater, this led us to design a car with additional aerodynamic features. So although on the one hand these details may detract from the lines and overall aesthetics of the vehicle, on the other they allow us to improve lap time, ease of driving and especially safety.

“Speaking of safety, we could have reduced the ground clearance so as to increase the downforce effect by taking advantage of the vehicle's flat bottom. But don't forget the public roads are very uneven and can lead to the loss of several hundred kilograms of downforce in just a few instants. Well aware of these dangers, we worked very carefully on the upper part and details of the car."

Pagani: why the small Italian maker is planning an electric hypercar​

What possible reason is there

What possible reason is there to want this over the regular car?

Too right it isn't elegant,

Too right it isn't elegant, Horacio.

'Disgraceful' would be a better word for it.

Speaking of safety my arse.  How fast do you need to be taking bends on a public road for a bump to lead to the sudden loss of several hundred kilograms of downforce?