Gordon Murray has chosen the birthday of three-time world champion Niki Lauda, and invoked the name of his former Brabham F1 colleague, to unveil the promised track-only version of his ultra-lightweight, V12-powered T50 supercar, just 25 of which will be built.

Officially dubbed the T50s Niki Lauda, the new car will be built entirely by Murray’s new low-volume specialist manufacturing company, on the same timetable as the road-going T50 — with production beginning at the end of the year for deliveries during 2022.

The size and design relationship with the road-going T50 is clear, but Murray stresses that it has been designed specifically for track duty from the beginning with “hundreds” of different, special components in all facets of the design.

The T50s, which will cost £3.1m before local taxes, weighs an incredible 852kg (128kg less than the regular model’s world-beating 980kg) while a specially engineered, higher revving version of its ultra-compact, bespoke 3.9-litre Cosworth V12 engine will have 700bhp on tap instead of the standard car’s 650bhp, an output that will grow to 725bhp at high speed due to ram-effect in the engine’s air intake. 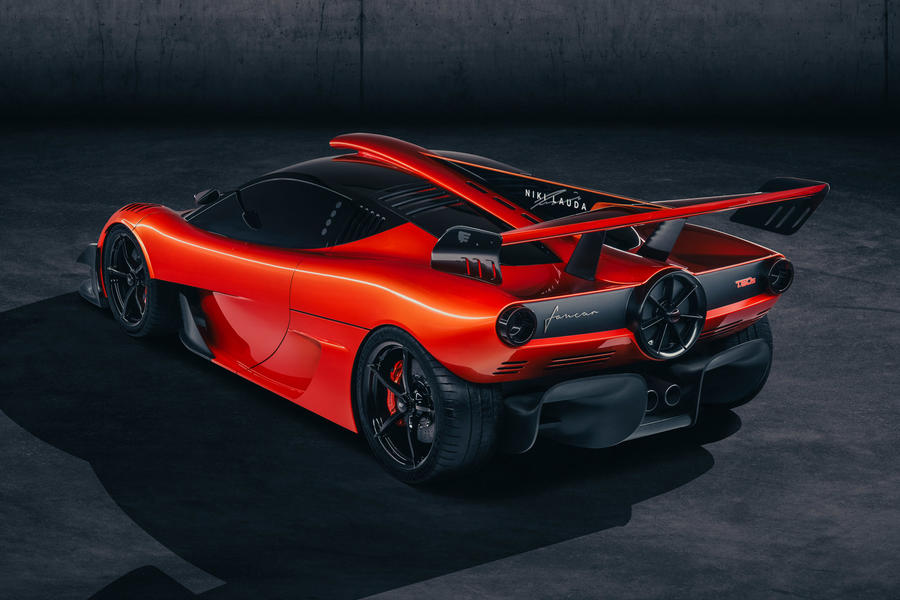 Whereas the T50 road car specifically avoids dominant aerodynamic addenda, relying mostly on its revolutionary 40cm diameter fan to suck it down onto the road, the T50s has a similar fan supported by a whole suite of prominent aerodynamic body parts that together can deliver up to 1500kg of downforce at high speed.

Every T50s will have a unique specification, Murray says, so each chassis will be uniquely named after one of his grand prix wins. The first, for instance, is called Kyalami 1974, and will be delivered with a special book that explains the significance of the race and tells its story.

“I badly wanted to avoid what I did with the F1,” says Murray. “The track versions of that car were adapted after we did the road car. This time, we designed the two versions more or less in parallel, starting on the T50s back in July 2019. So the monocoque is different, the engine is different, and there’s a new paddle-shift gearbox.”

“We were passionate about making the kind of track car no one else could do,” he says. “No other manufacturer will ever get close to delivering the experience of driving an 850kg car powered by a 700 horsepower normallhy aspirated V12 engine that can rev to 12,100rpm. The exhaust we’ve designed is going to move engine sounds onto a whole new level.”

Murray “couldn’t care less” about horsepower or lap times compared with other cars though he has no doubt that the T50s will be “very quick”. Rather, his concentration has been on delivering the very best driving experience possible on the track. 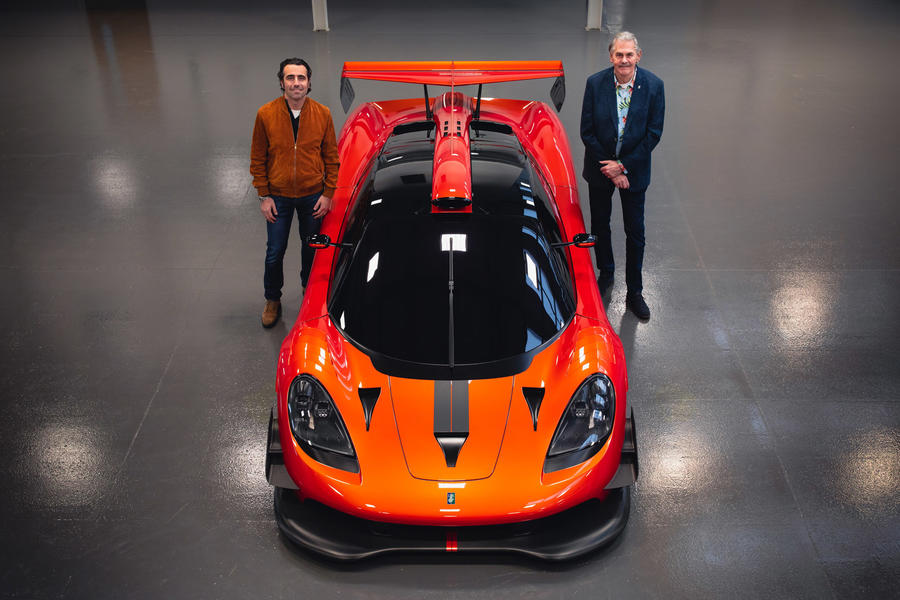 The unprecedented weight saving was delivered by painstaking attention to the construction and function of every component — including 20.7kg from the T50s engine (which doesn’t need its variable valve timing equipment) and 6kg from the new gearbox. The body material is thinner, Murray explains, and of course the track car doesn’t need audio or elaborate air conditioning equipment. Still, the success of the campaign has taken him by surprise. “We initially set 890kg as a target,” he says, “and I was pretty sure we’d struggle.”

To support the special nature of the T50s, owners will be offered a package called Trackspeed that consists of tools, jacks, fuel fillers, and all-important set-up instructions to draw the best performance from the car on different circuits. Drivers will also be offered top-class tuition, if they want it.

Though T50s has not been conceived as a competition car, Murray says there may yet be a race series. He has been working closely with Stefan Ratel, who organises many of the world’s GT championships, with a view to setting up a GT1 club for owners, some of whom are likely to want to race — perhaps at F1 circuits on the days immediately after a grand prix has concluded.

Murray says he knows most of his owners, and intends to maintain the community spirit he created with the original McLaren F1 and has always valued. “Fifty percent of the buzz I get from cars comes from designing them,” he says, “and the other 50 comes from meeting people and getting them involved.” Most of the 25-strong T50s batch is already sold, mostly to people who know what to expect of a Gordon Murray design. But “a handful” are still up from grabs.

Gordon Murray on making the £2.8m T50 supercar a reality

Still not sold out then, despite less and less pure ice competition.

Fuck me dead. First, well done for getting this past the moderator, now if you could just fill in the blanks with a fair, balanced opinion on the car, thanks.

Fuck me dead. First, well done for getting this past the moderator, now if you could just fill in the blanks with a fair, balanced opinion on the car, thanks.

A fair, balanced opinion?  Of a $5.6 million car?  What, like asking nobody in particular if it's worth it and referencing the applicance - I think you mean application - of a Porsche principle of which nobody but you is aware?  Yeah.  Nah.

Nobody bothered about the asking price?, it's the appliance of the Porsche principle, well, is it worth it?